July/2015 - The FE 28mm f/2 is an intermediary full frame lens for Sony’s E-mount. Not premium ZA nor high end like the Gs, it’s the first first-party offering for US$449 on the format. Announced in february 2015 at CP+, it comes to beef up the skinny FE lineup. How does it work? Let’s find out! 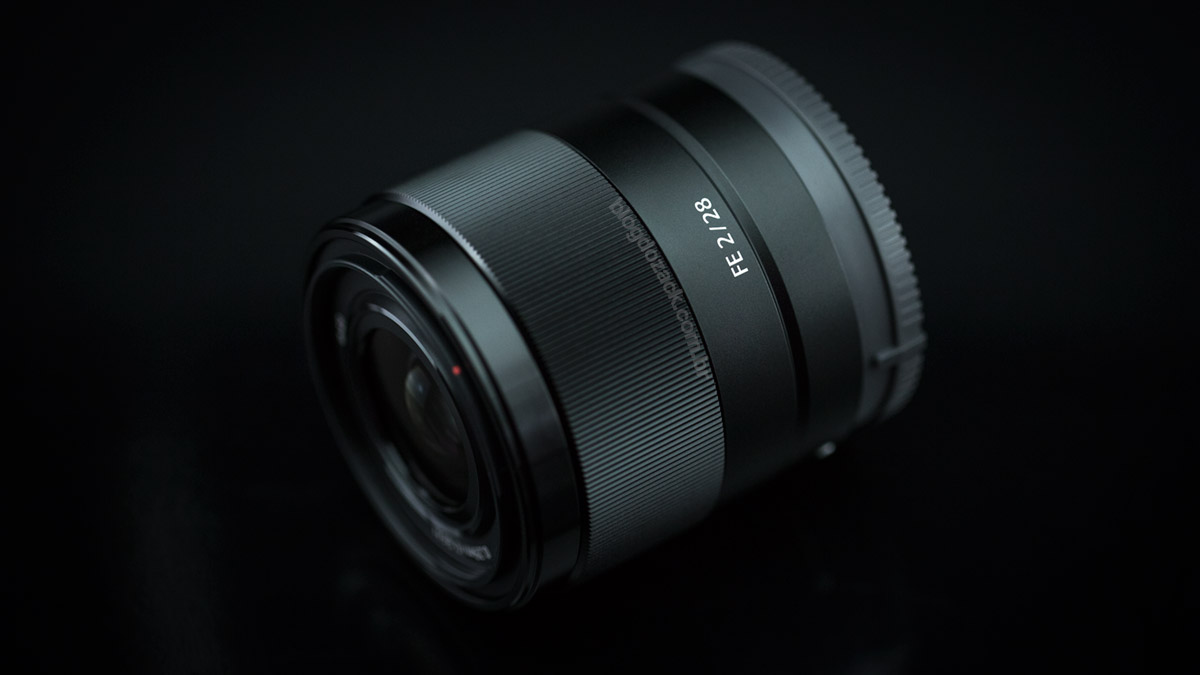 At 64x60mm and 600g the FE 28mm f/2 validates the mirrorless idea of smaller cameras and ease of use. Tiny and short, it balances well with the Sony A7II and fits perfectly in your hands, like a mini DSLR. The ergonomics makes sense: if used in automatic mode, it’s a pleasure to use. Your shoulders gets a bit bent together with both hands so close to each other, but that’s the idea. 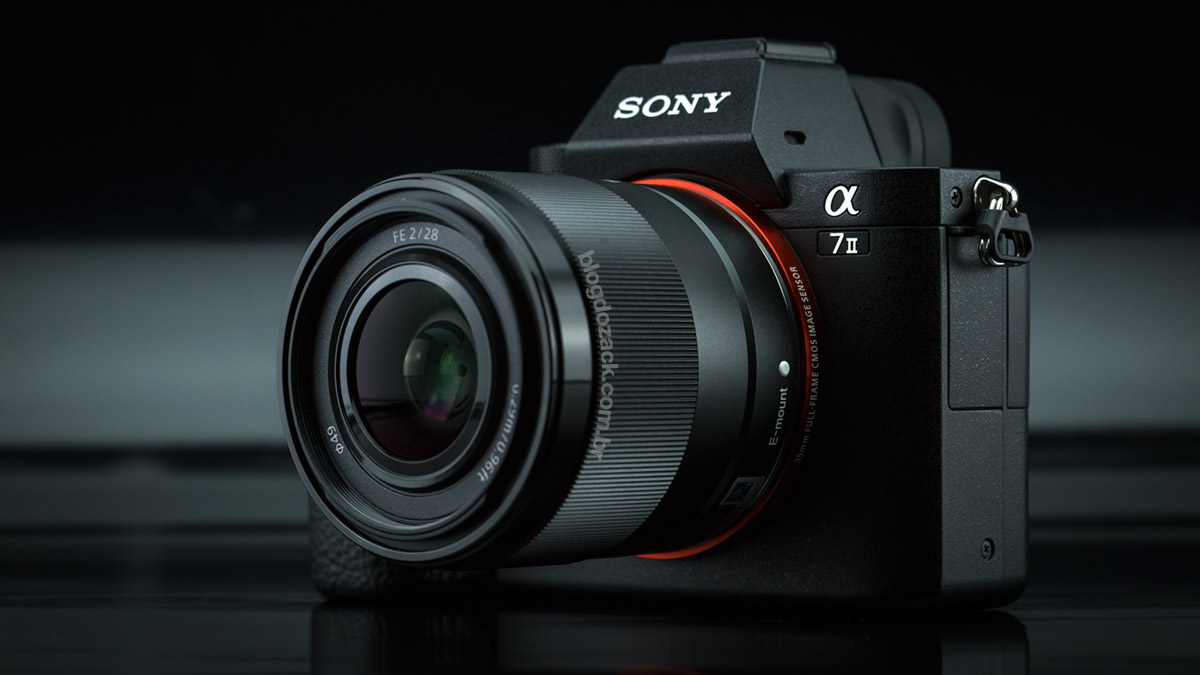 The minimalistic design is on par with other FE lenses, but Sony did its best to “poor down” a non-ZA lens. There’s no logo and magically there’s a shinny plastic piece at the front. The rear end is the same cold metal barrel of the 55ZA, but the shinny thingy at the front cheapens the product a bit. All letters are printed on the metal, not engraved. It’s still pretty, but not premium. 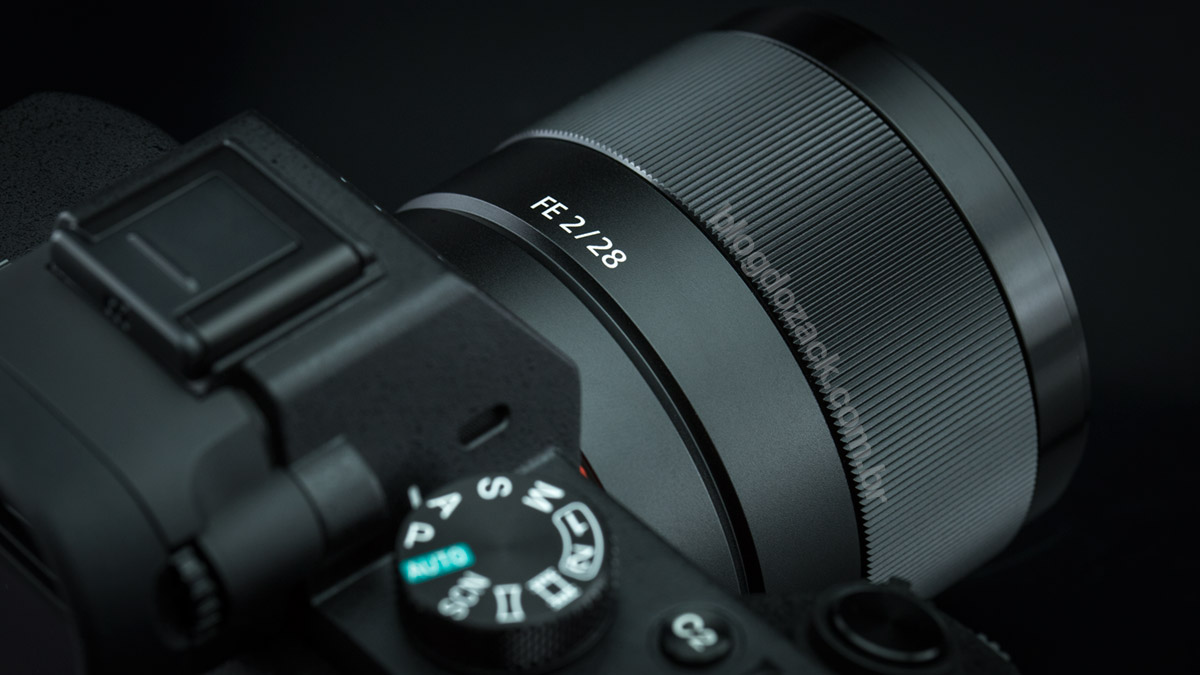 On the outside the only control is the manual focusing ring, fly-by-wire like the FE55ZA. And I’ll repeat the same issues I had with that: it’s practically impossible to have any precision without hard stops or distance window, and the wide angle focal length makes it even harder to tell something is happening. Sony expects you to make do with the AF or peaking, but that’s not very “revolutionary” like they want to take the market, if you ask me. Less is not always more when we’re talking about precision tools. 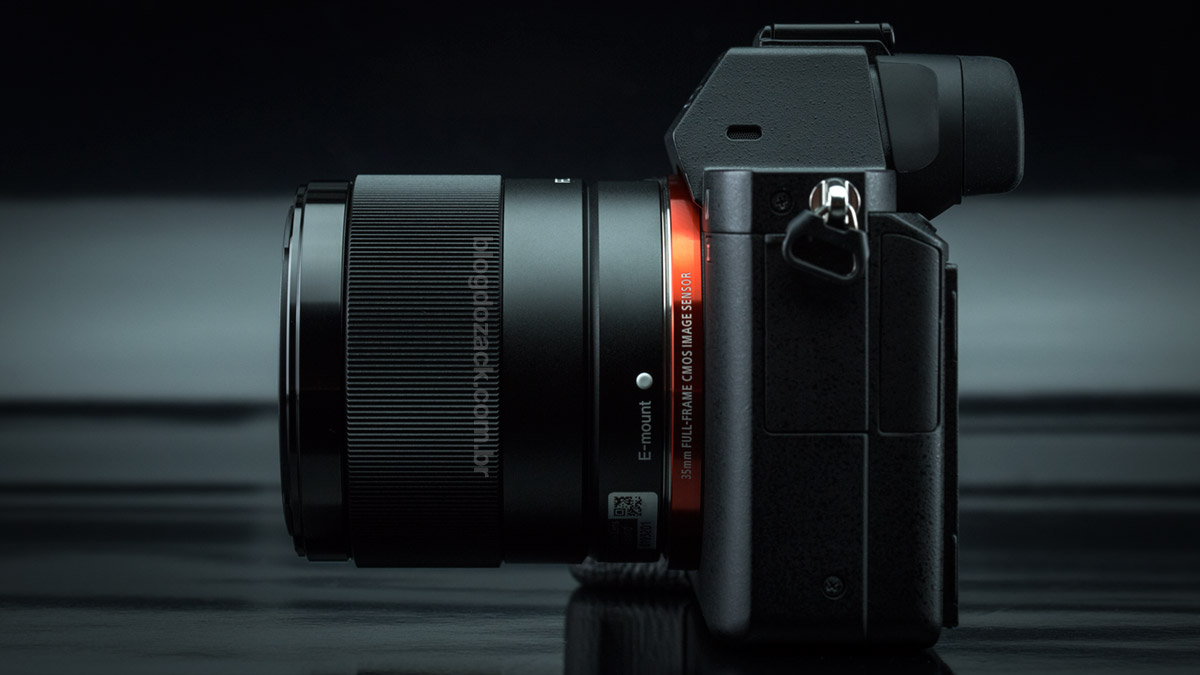 At the front the filter thread is weird because it’s deeper than the front element. So if you’re using thick filters they might touch the glass piece, beware. It’s designed to accept the Wide and Fisheye Sony converters, for $249 and $299 respectively. Some FE decisions are just weird: mess up the use with filters in favor of expensive accessories… Really? 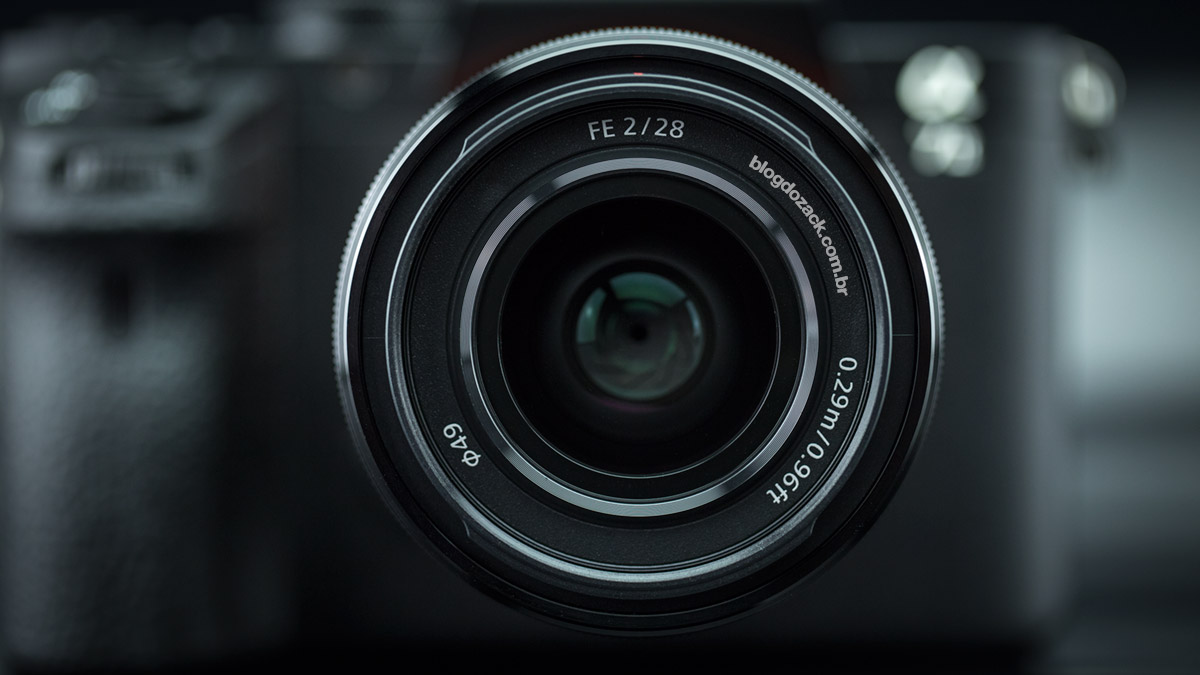 Inside the linear auto focus motor is silent and quick, and I actually question Canon’s effort to sell the USM and STM as big deals. The Sony FE AF is fast and dead silent, completely quiet in comparison to Canon and Nikon. And mounted on the A7II, it’s precise: half press the button, it lock focus with zero hunting. You can totally rely on it at least in single shot mode. 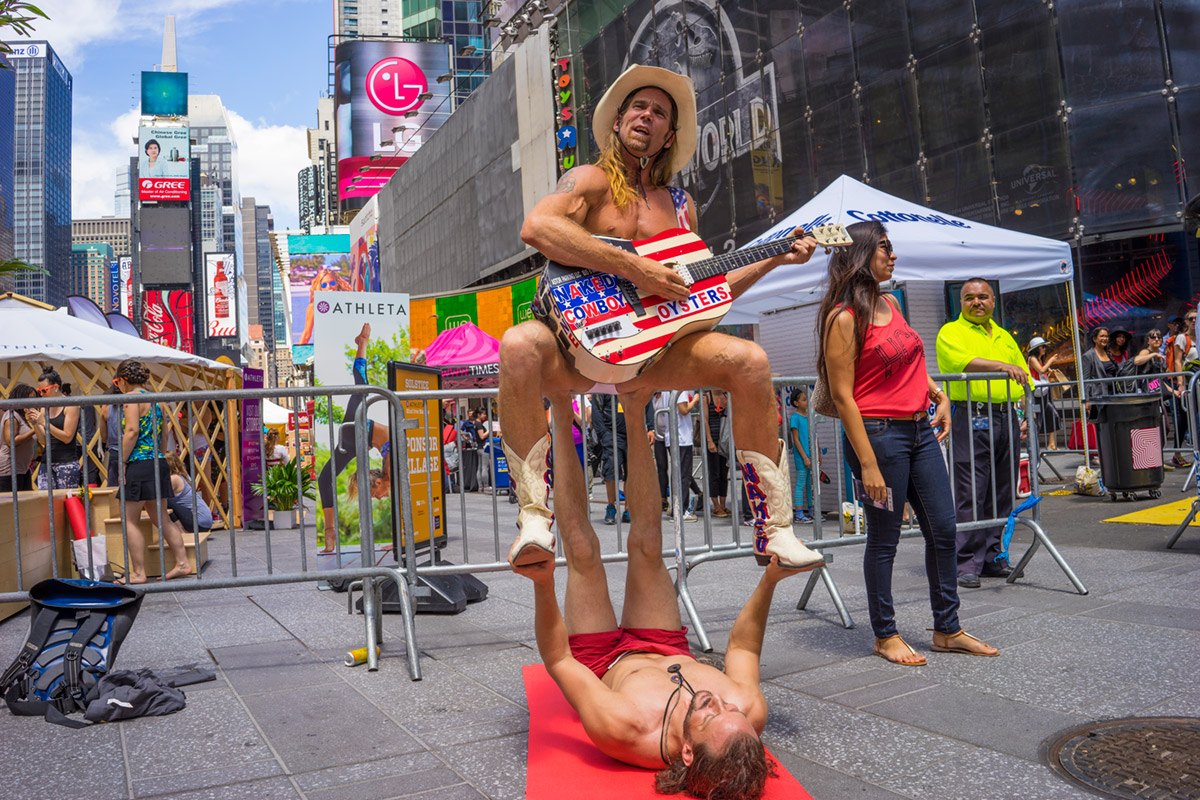 The optical formula is a complex nine elements in eight groups arrangement, with three aspherical (one “advanced”, that I think is just a hybrid shape) and two UD pieces. The rounded, nine blades aperture renders smooth bokeh. And Sony says it even features some weather sealing, albeit the lack of rubber gasket around the mount. It’s worth the US$449 and behaves like a high quality lens not trying to hard to impress the photographer. You’re free to shoot with no expectations. 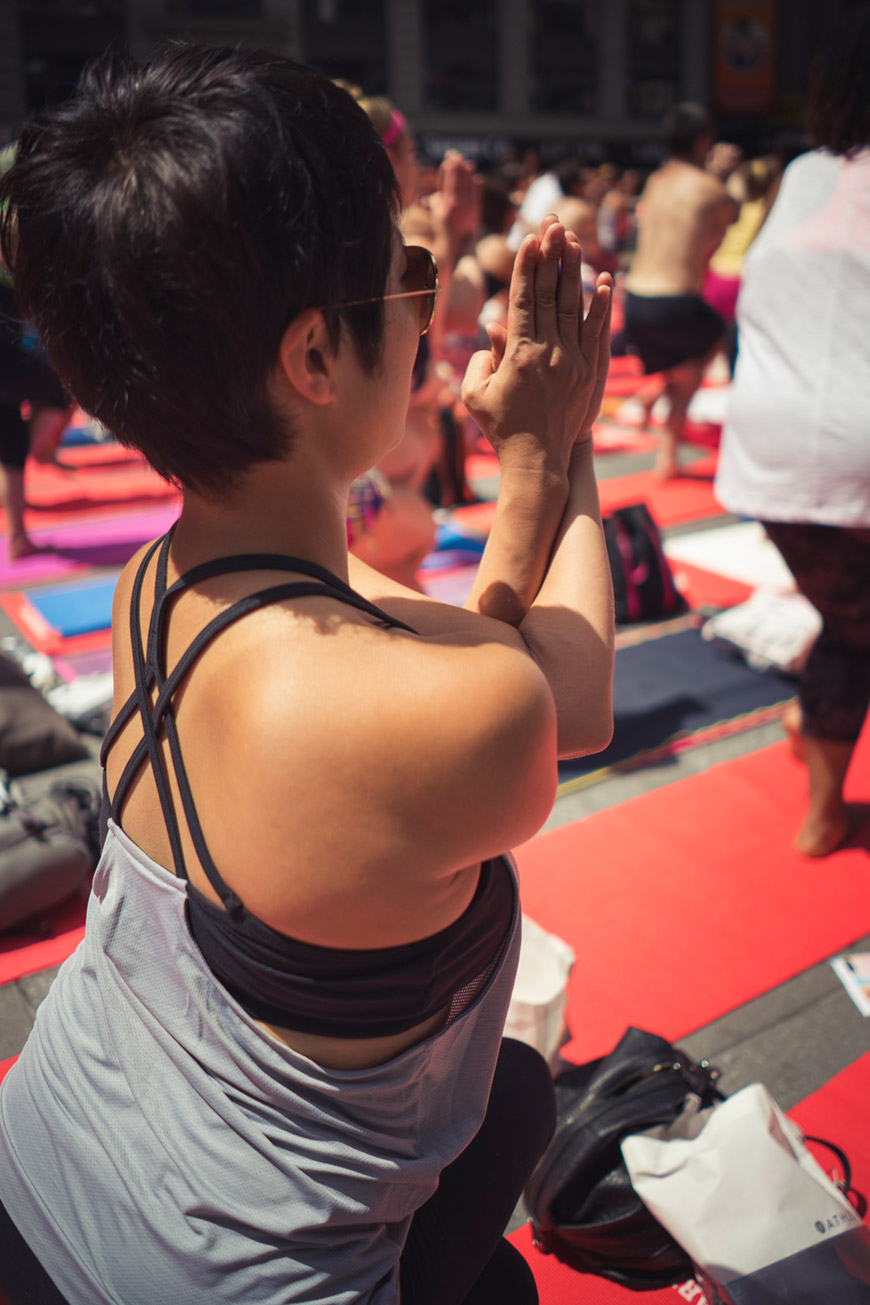 Without Zeiss the Sony FE 28mm f/2 shows a much more organic look on its files, for much nicer looking images than the ZA55 clinical performance. Photos are still low key and high contrast out of the camera, something I’m starting to relate to Sony’s mirrorless full frame. But the colors I missed on the ZA are back, together with heavy vignetting for a load of personality. It’s a wildcard on the FE lineup and impresses for the clarity, saturated colors and high resolution. 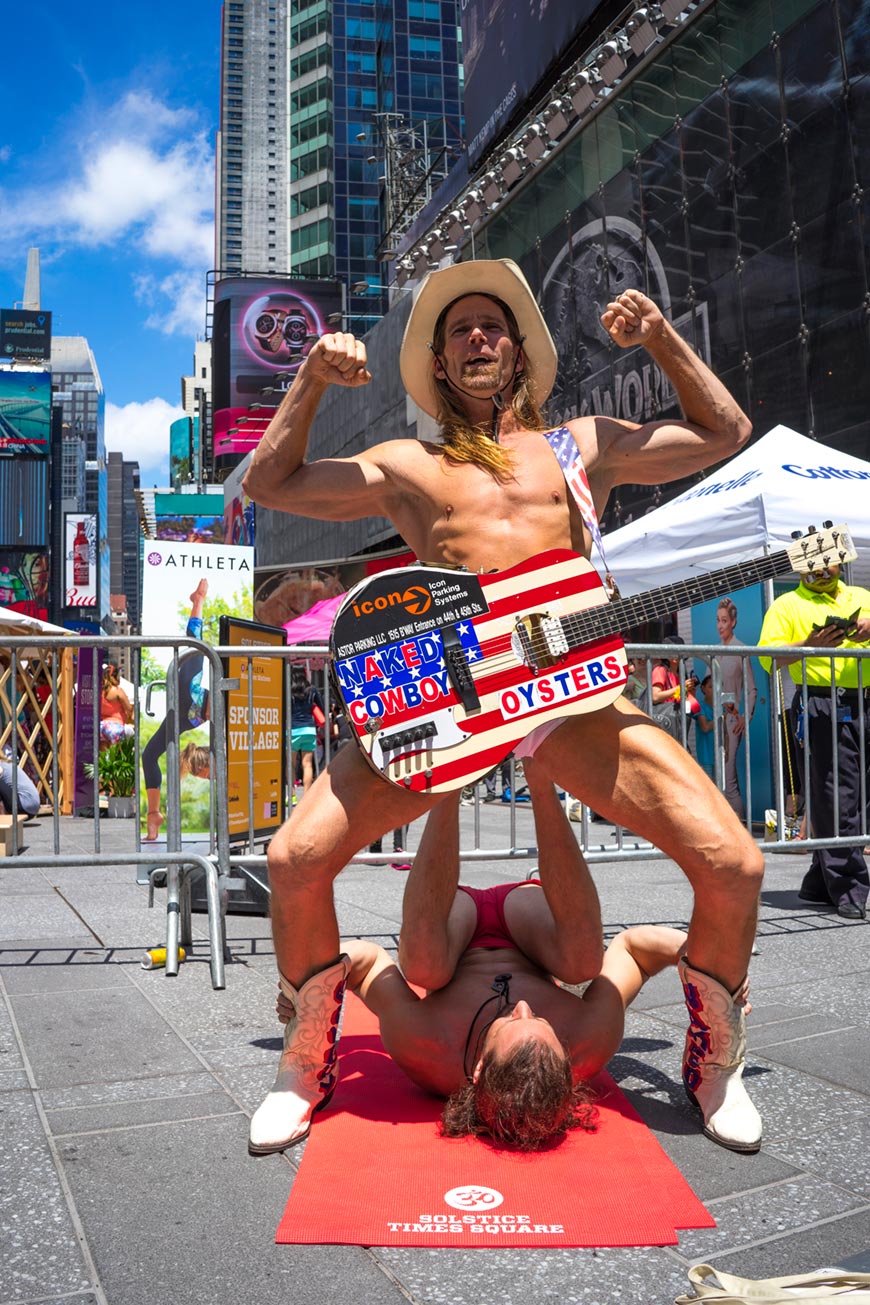 The main quality of images is the low key look. No matter the exposure, the files seems darker than usual, together with a high contrast. I don’t know if Sony tunes the A7 to preserve highlights at any cost and darken the pictures, but OOC JPEGs are simply lacking shadow details. It’s all black and enhances the idea of contrast. I only shoot raw and am able to “light” the file back in post. But files straight from the camera are really dark, bleeding black ink on paper.

The difference between OOC JPEGs and processed raw.

With relatively heavy post processing, pushing sliders above +50 on Adobe’s Camera Raw, and we can see how the Exmor sensor handles color for realistic shots. In post I got pleasing photos, vibrant colors, a world of difference to the clinical FE55ZA. The yellows are there on sunny days. You can see how neutral the FE28 is and I prefer this look to the grayish Zeiss Alphas. 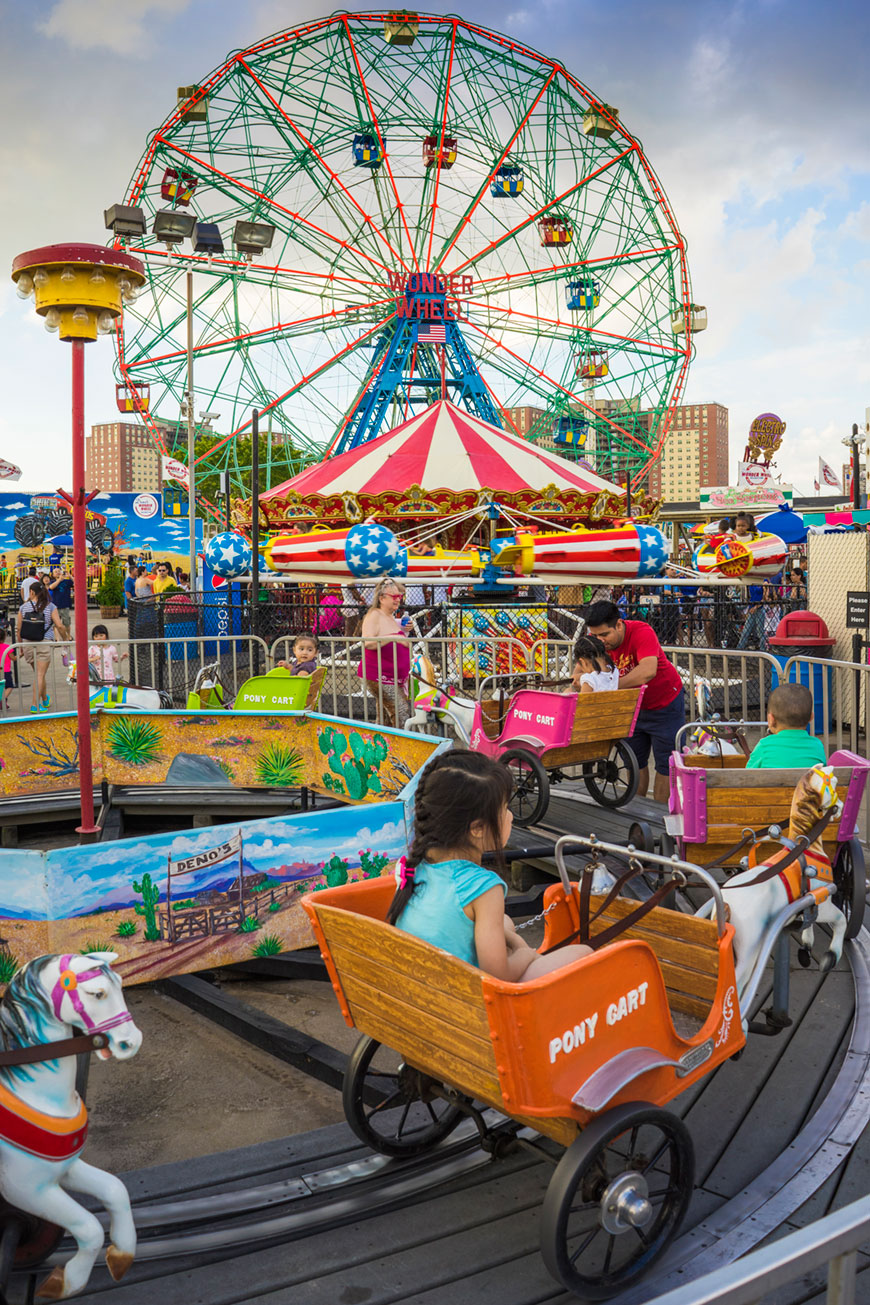 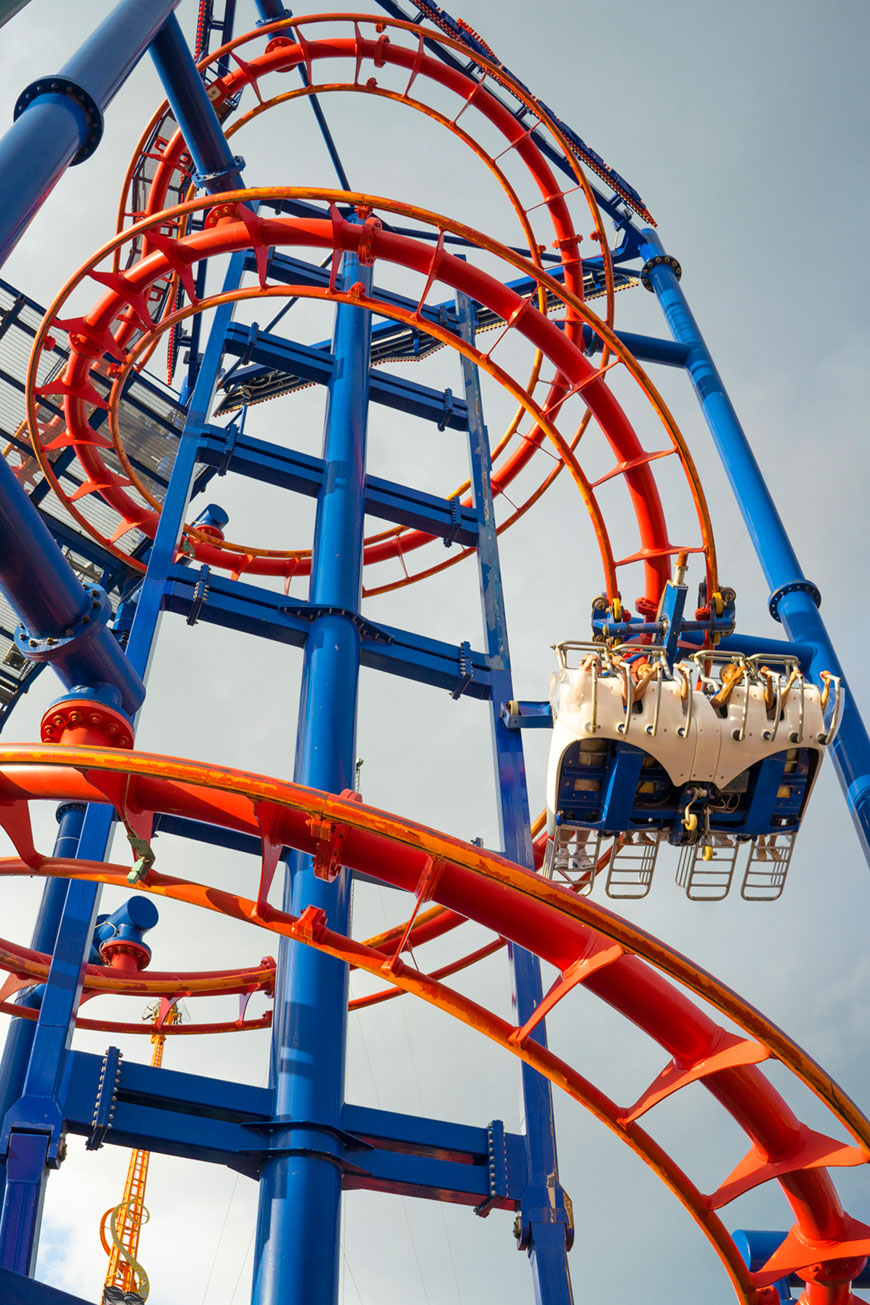 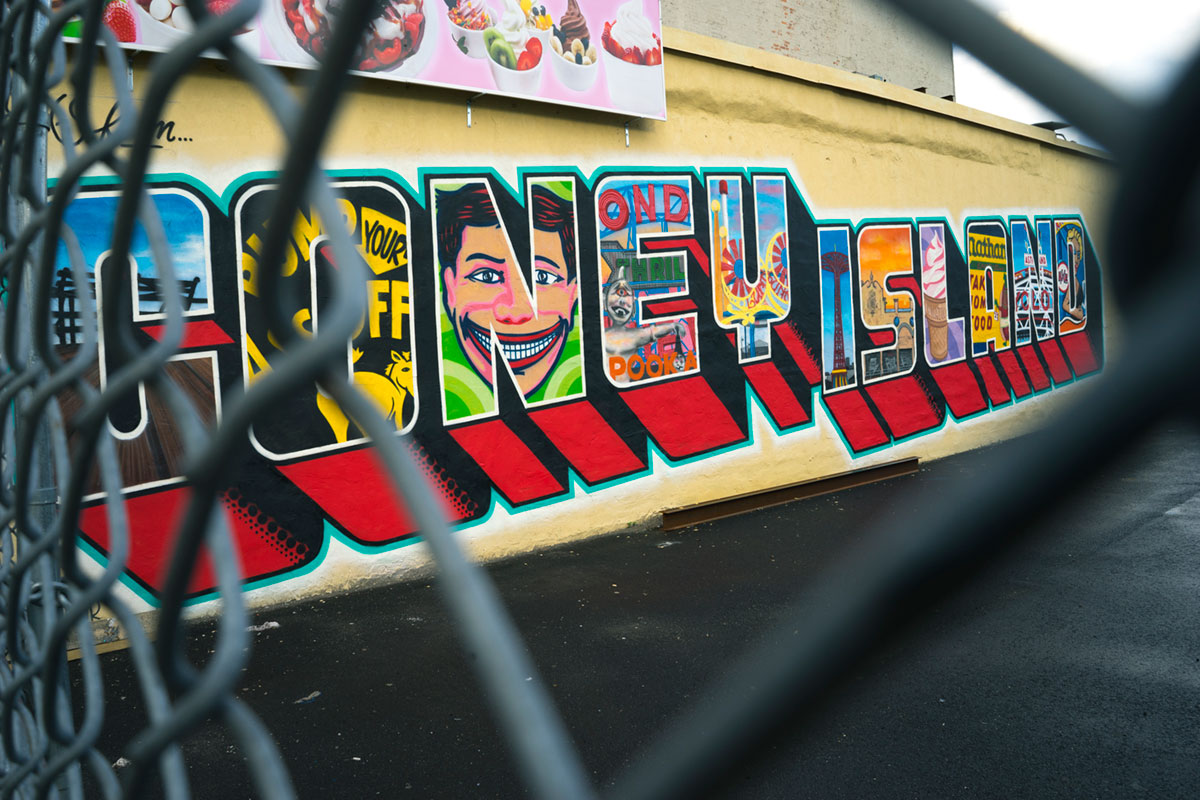 And there’s plenty of resolution besides the low cost. Even at f/2 the whole frame is covered in details for large prints, and a peace of mind for low light situations. After the sunset, I wasn’t afraid to shoot wide open as there’s no blooming in the center frame and the corner astigmatism is discrete. If there’s any spot of light on the edges you can see a weird shape over it. But it’s much less than larger apertures f/1.4 primes. 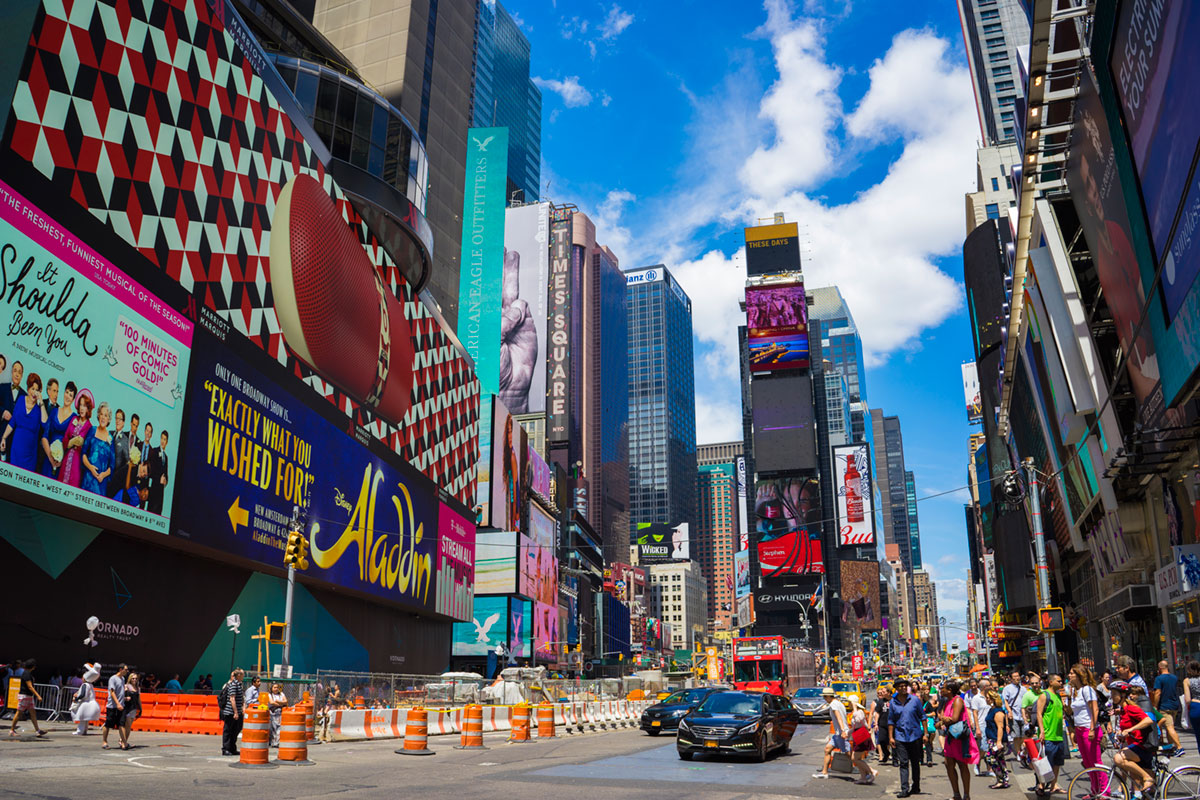 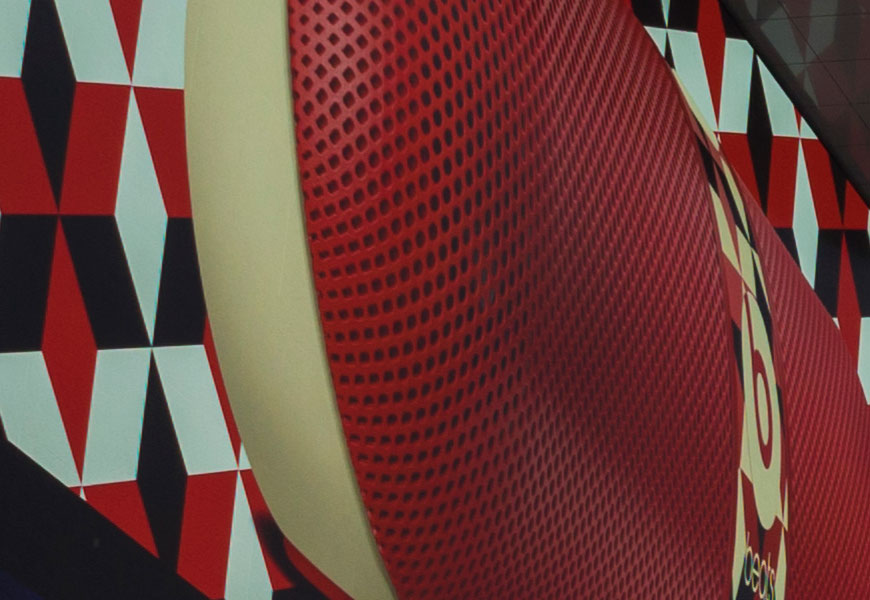 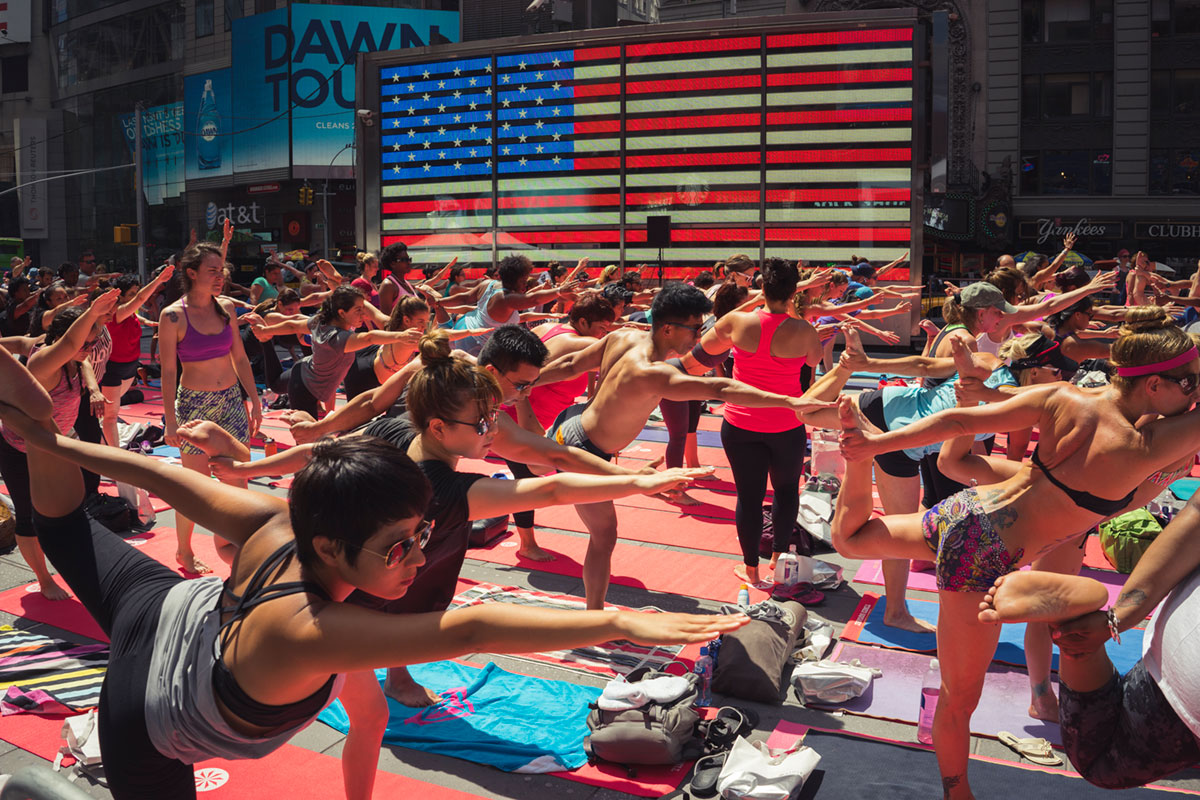 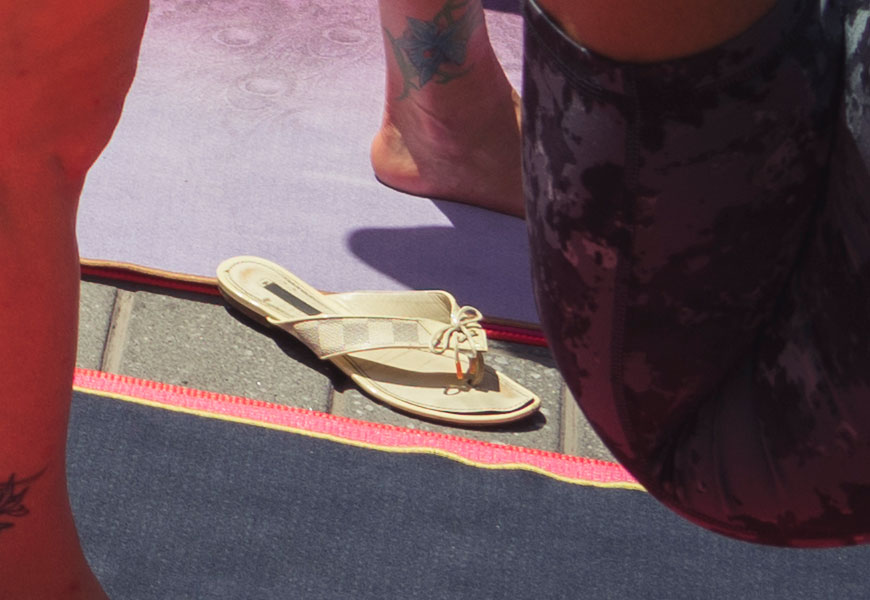 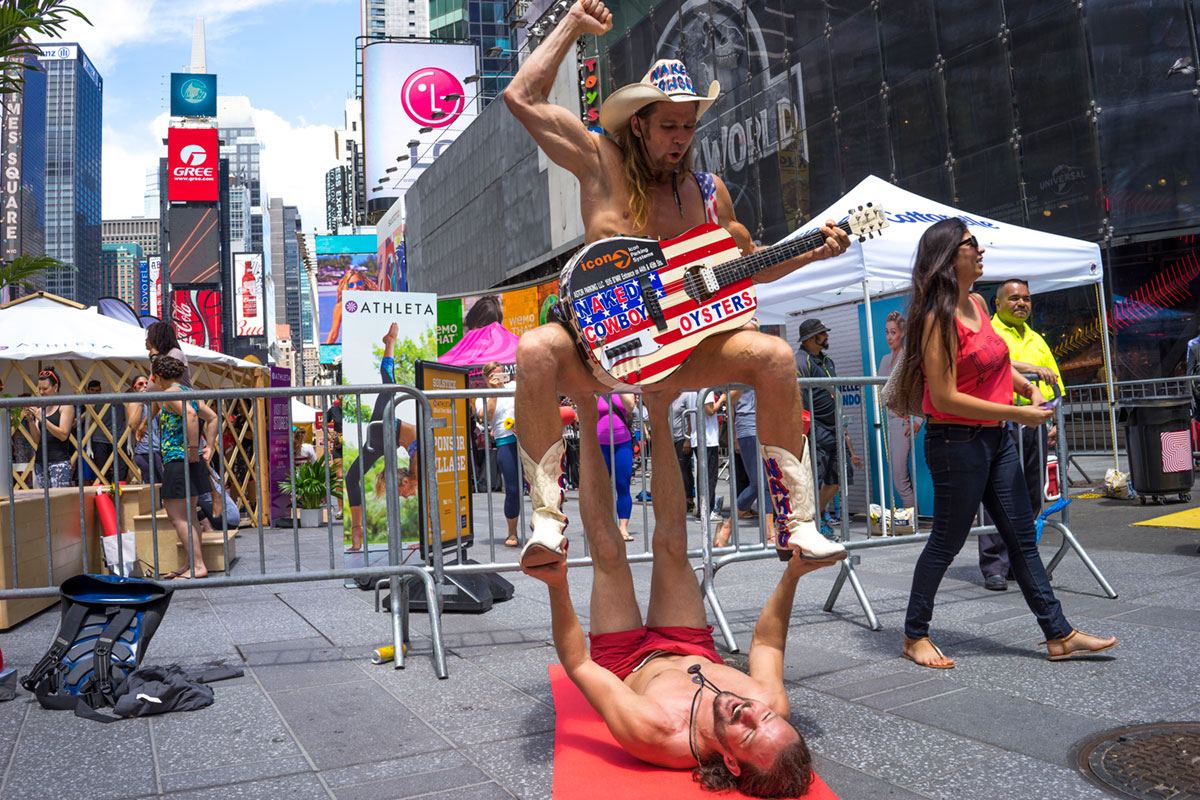 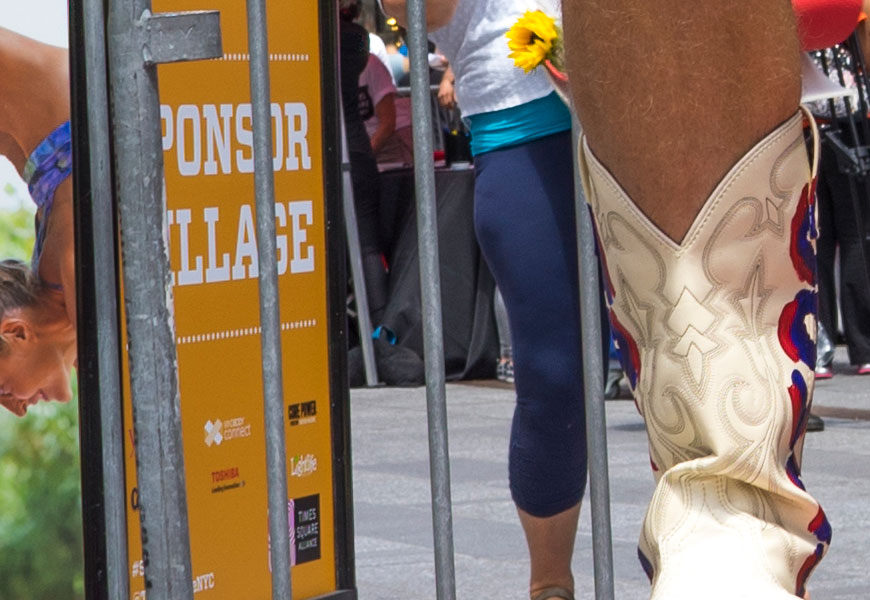 100% crop, notice the lack of aberrations, a very clean file.

Sony didn’t even bother fixing the geometric distortion in lens, and it’s clearly left for the BIONZ X to deal with. I never use such in camera corrections and got very “bulging” files, proof it’s going to be very hard to design wide angle lenses on mirrorless full frame cameras, at least at this price point. Maybe that’s why they introduced the wide and fisheye converters as an alternative. 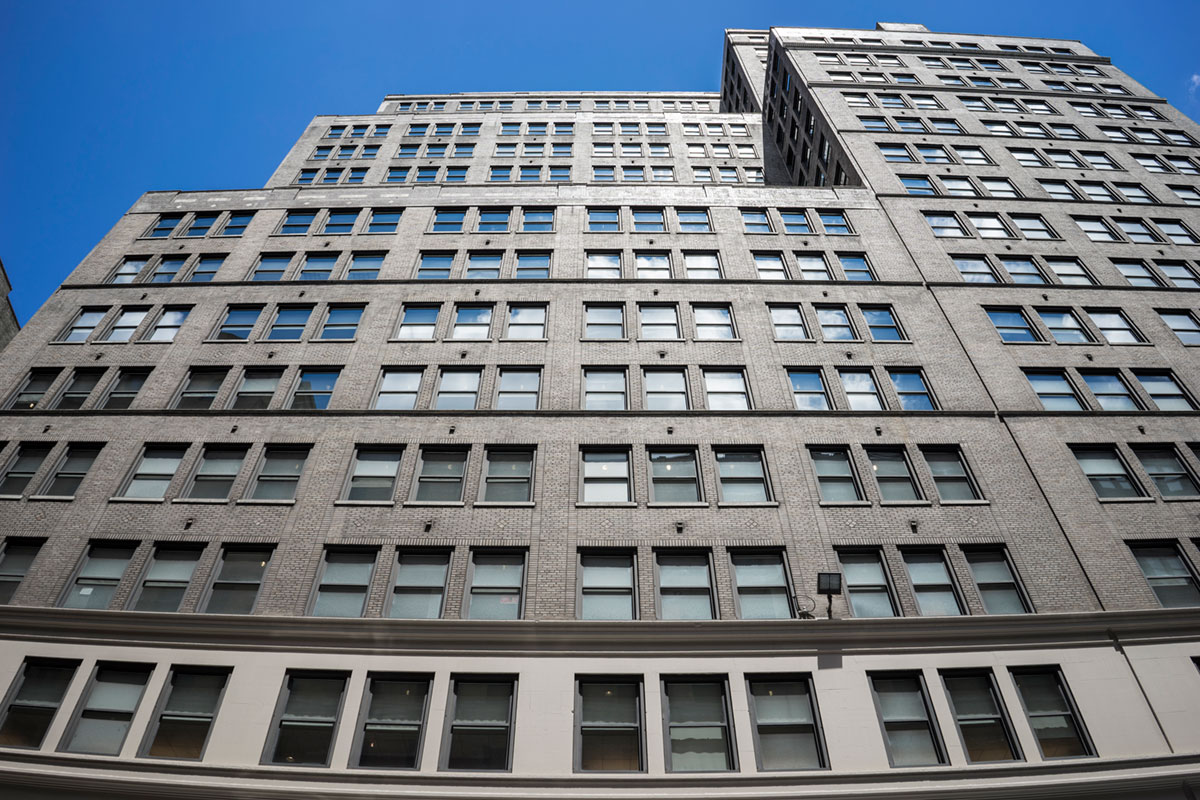 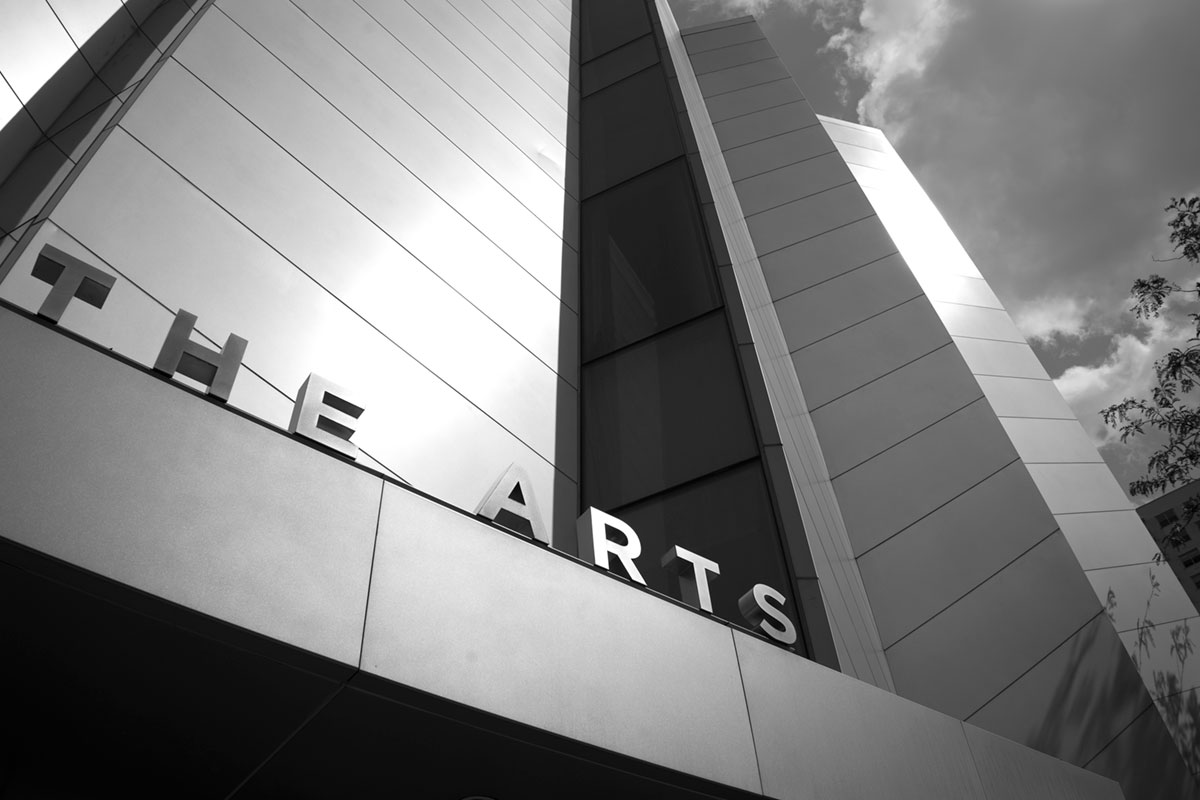 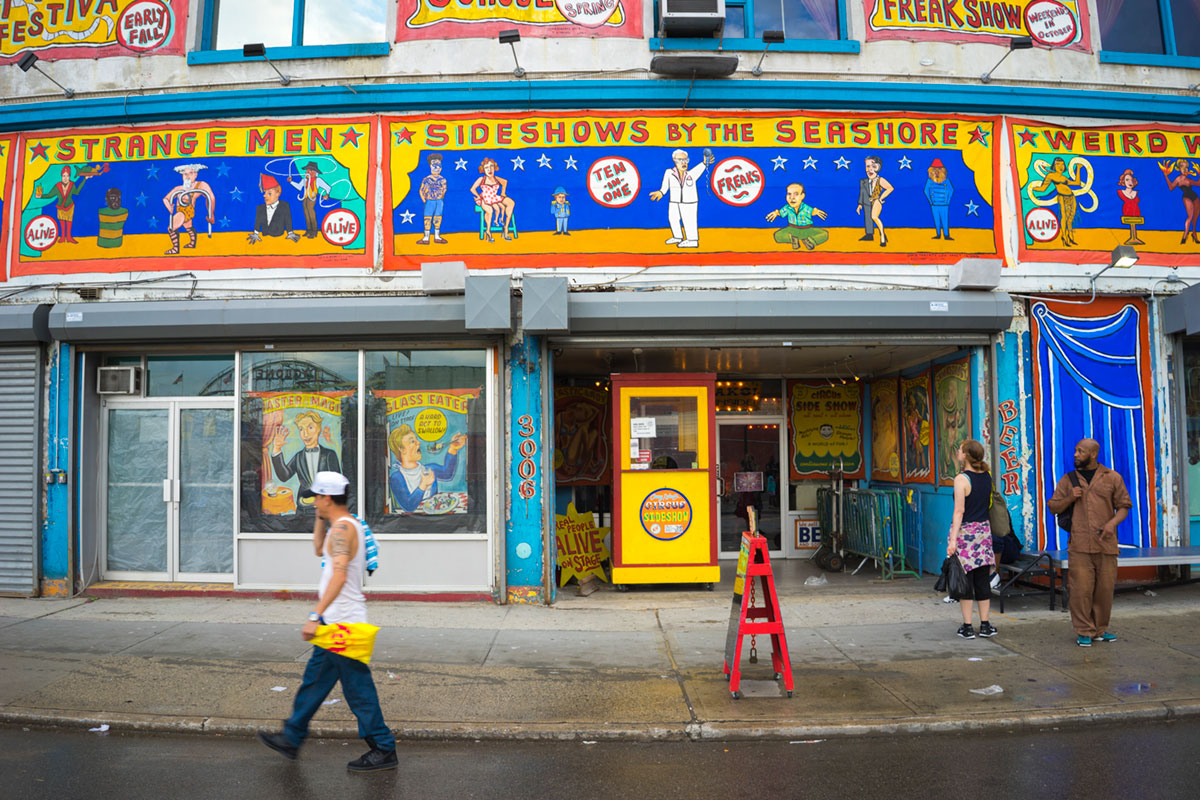 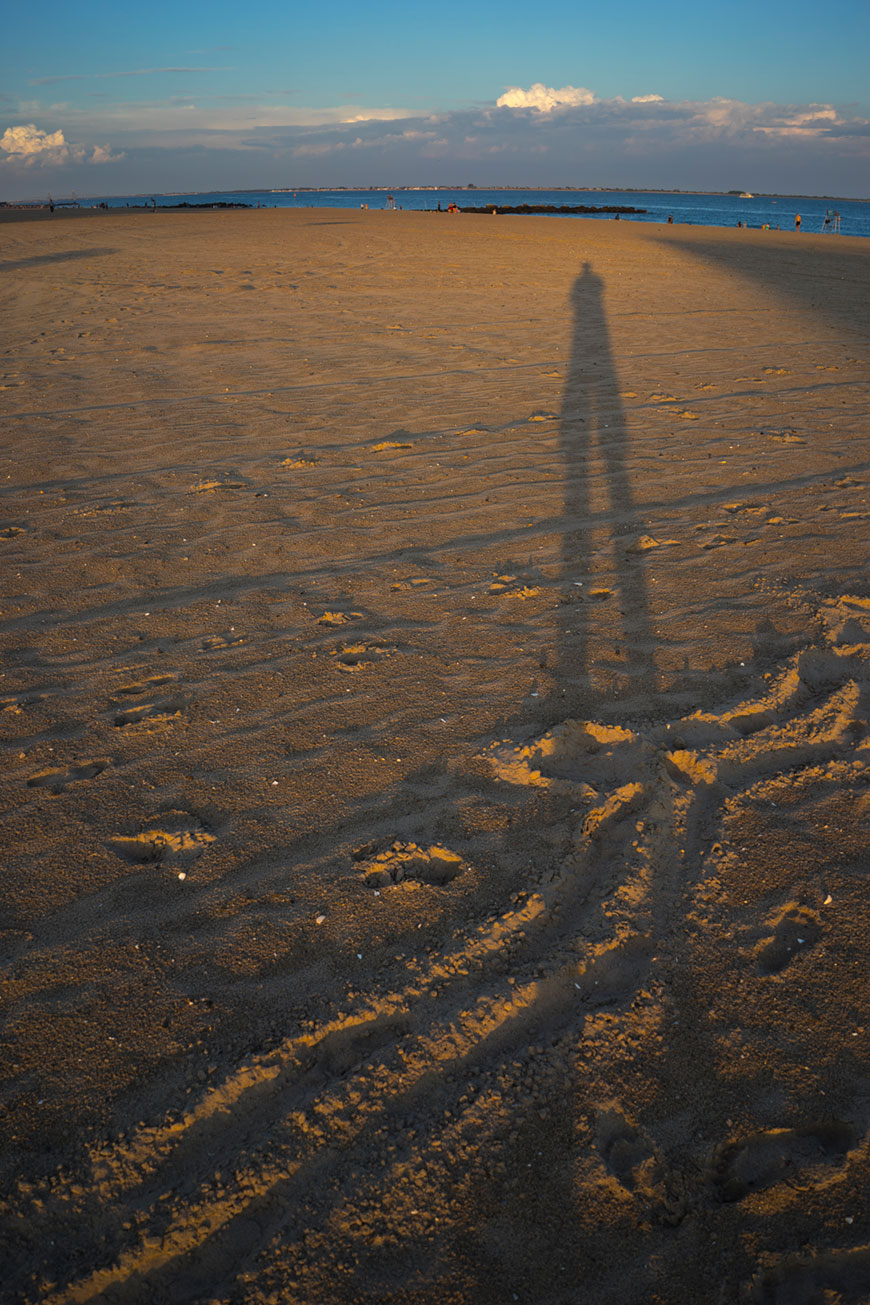 On the other hand the lateral chromatic aberrations are invisible, unusual for wide angle lenses. I saw very few colored edge lines on backlit subjects. The same can be said about the axial CA on the bokeh, that is smooth and can isolate your subject even on the WA focal length, for a unique look only the full frame can render. It won’t completely separate it from the background, but create a colorful, smooth canvas for the subject. 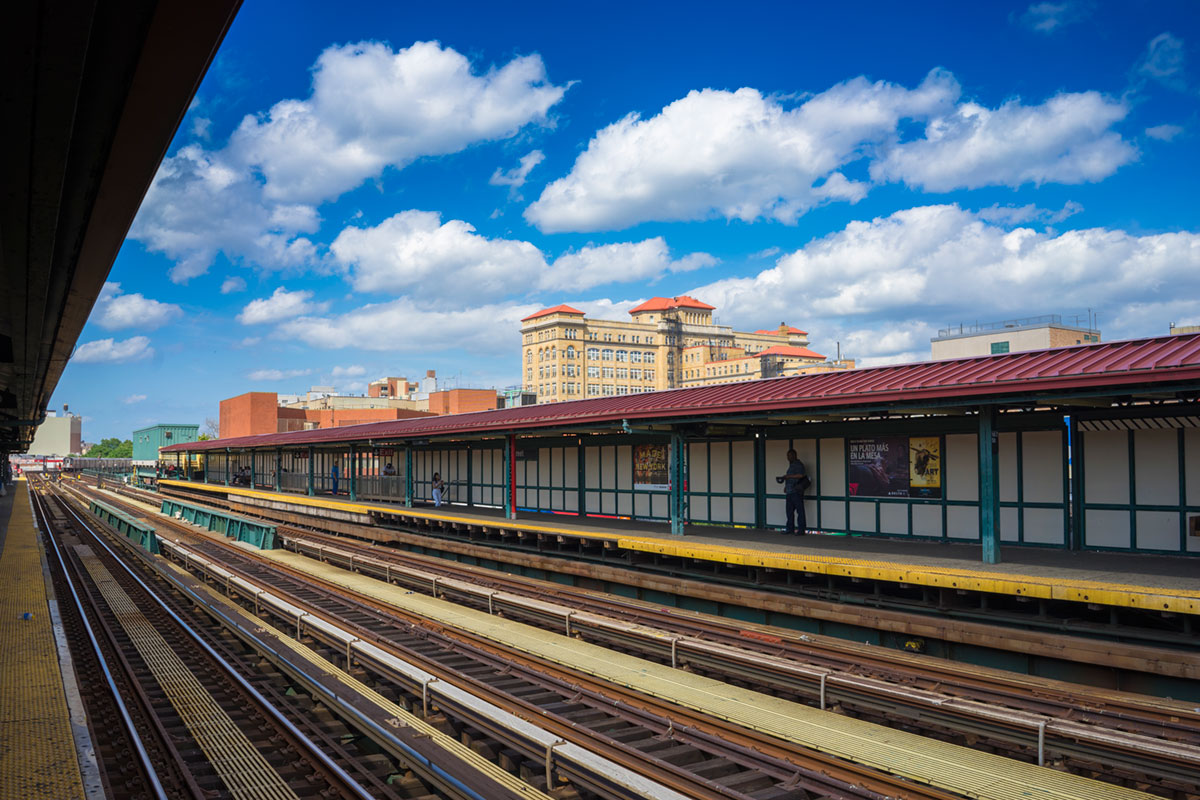 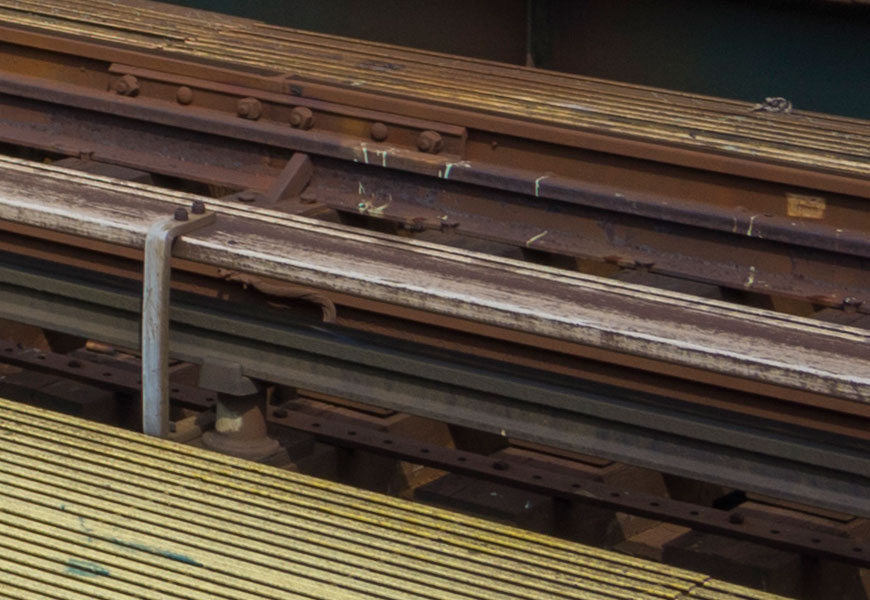 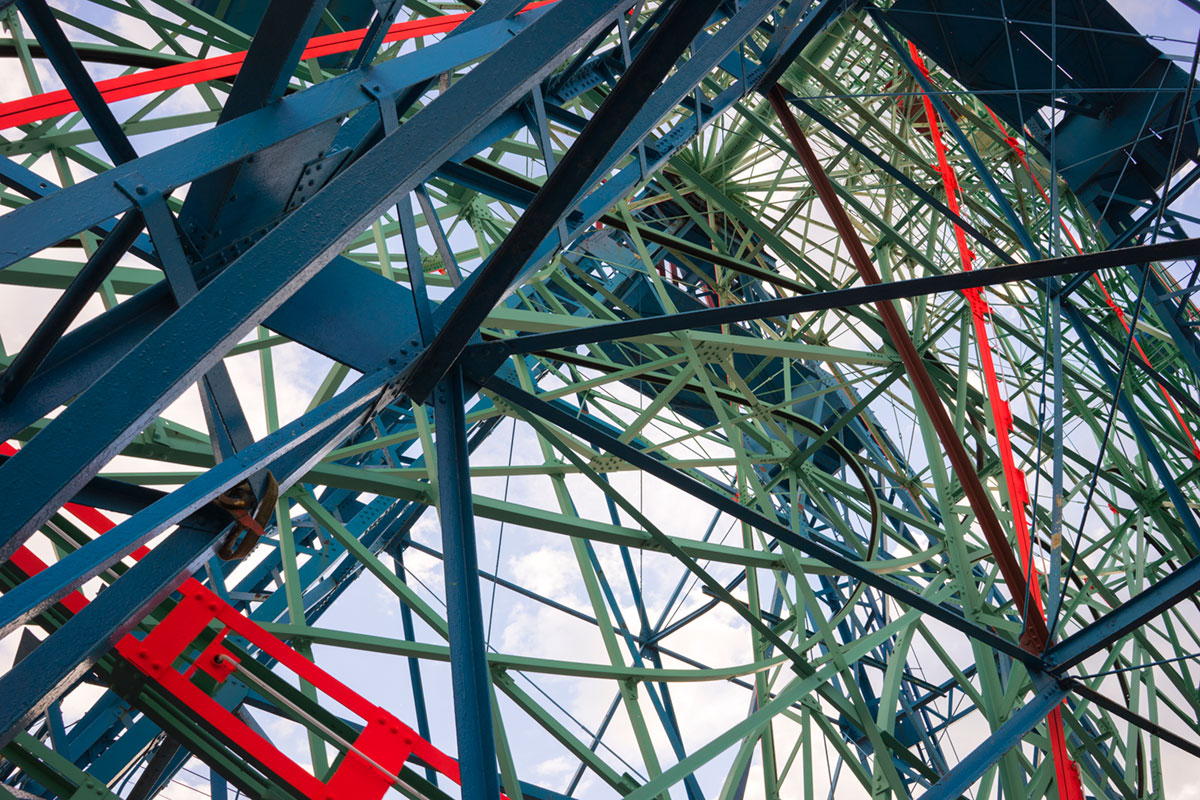 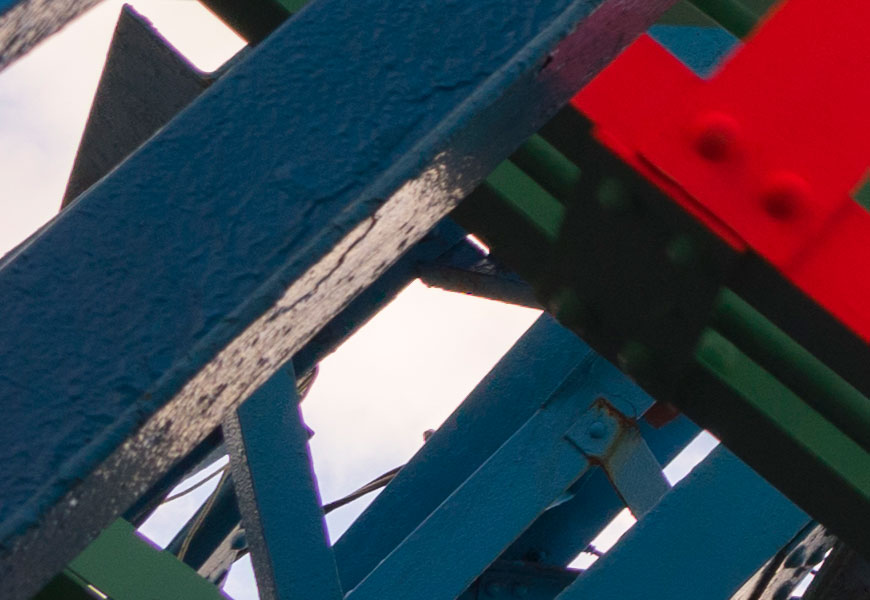 100% crop, the only case of chromatic aberration I found on my files.

Finally the colors I missed on the FE55ZA are back and I can only hope the next intermediary lenses continues like this. It’s an issue with that ZA lens: the images are low key and the colors are absent, it’s not punchy for the post processing style I’m used to with a background in advertising. But the FE28 did a much better job rendering blues together with reds, warm colors under sunny days and very neutral skin tones. I can’t believe both tests were performed on the same day, in the same city, with the same camera. 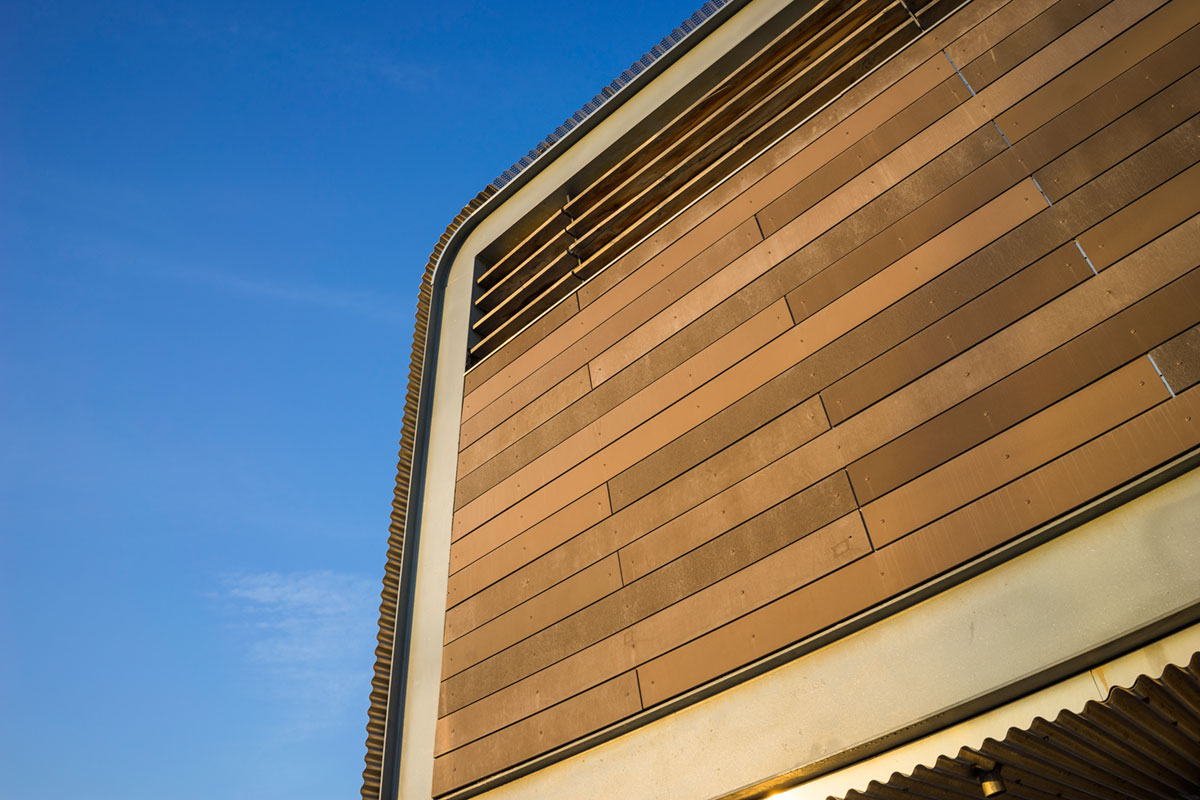 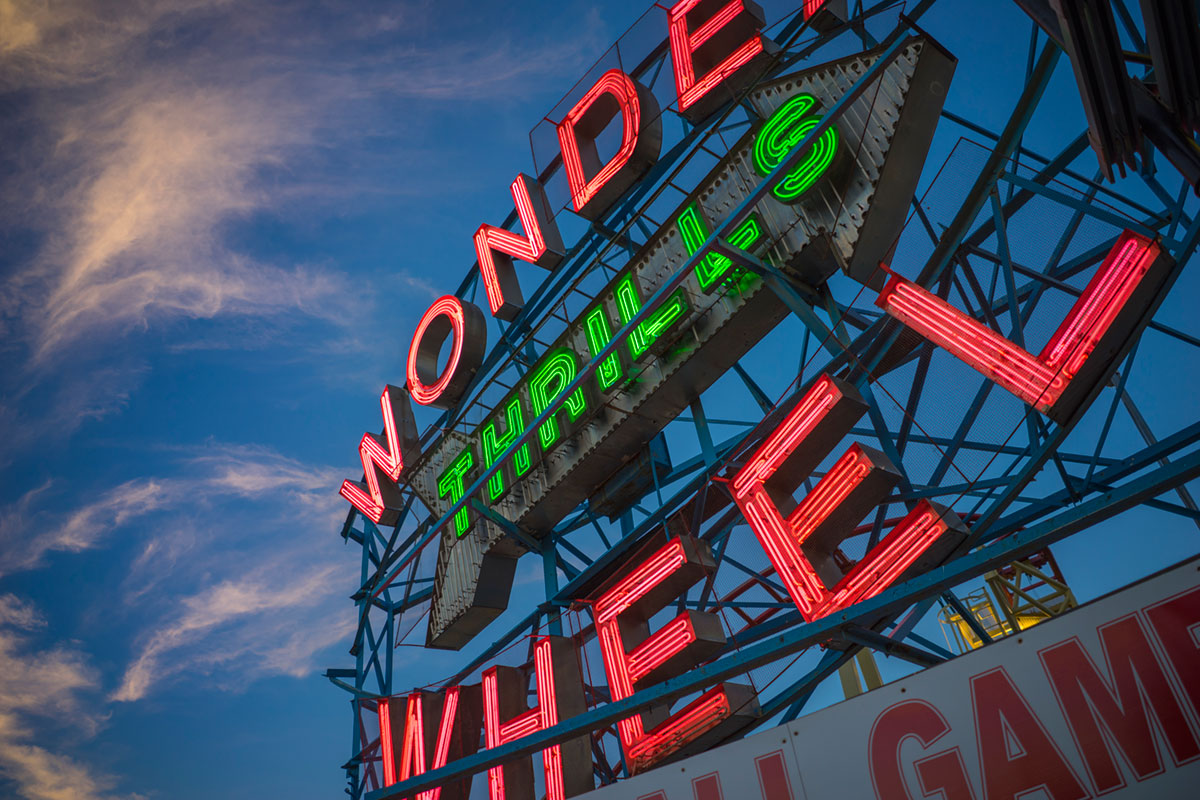 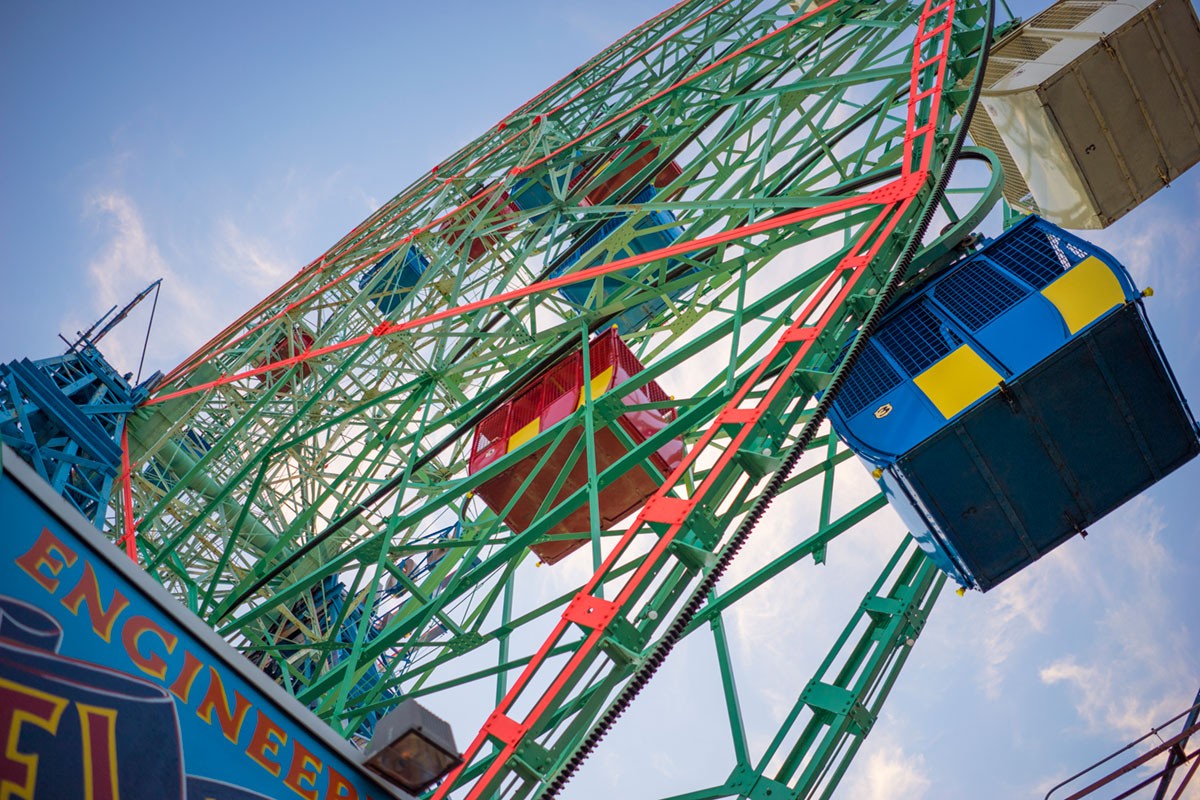 “WWII” at f/2 1/160 ISO100; the brightness actually changes as you change the exposure values. 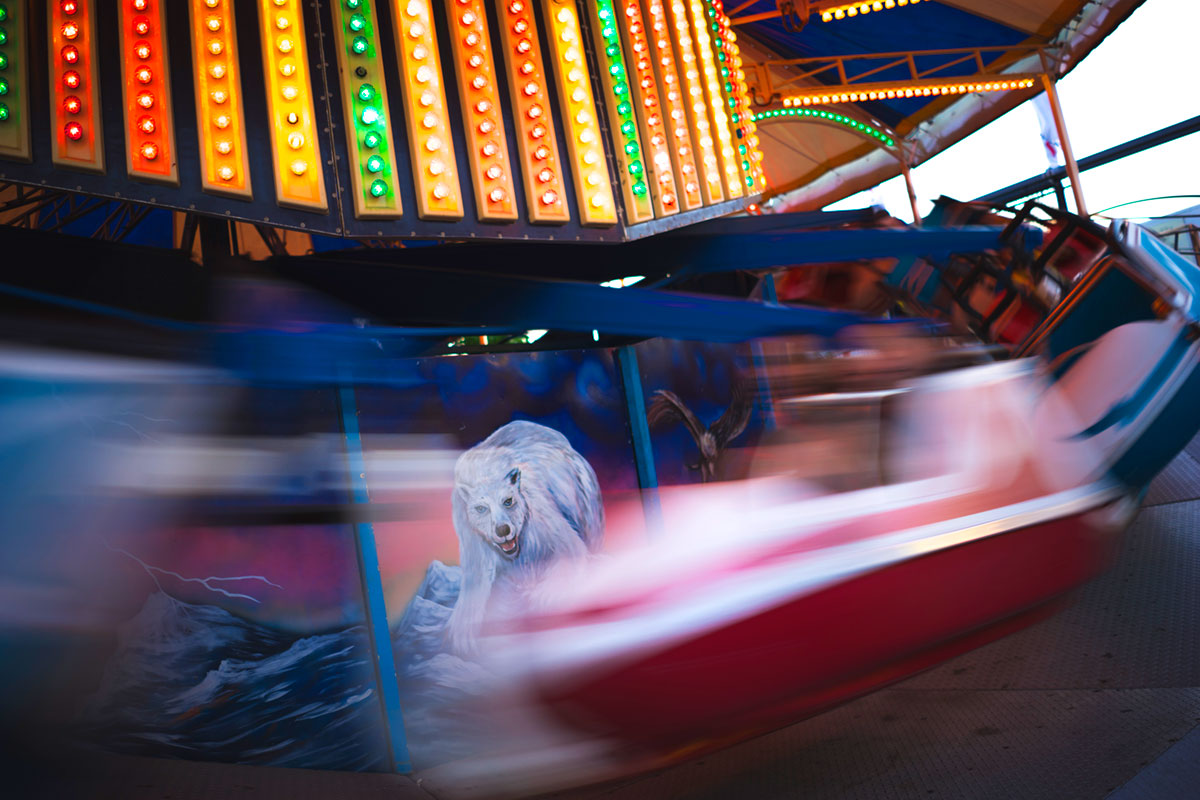 The Sony FE 28mm f/2 is indeed a classic newcomer on the FE lineup. It got plenty of personality with vibrant colors, pronounced vignetting and well balanced tones. It’s funny how much better the images look from a lens costing half the price of the ZA55. Photos are great for print or screen, effortlessly. It’s simple without trying too hard, it just gets the job done. Fantastic. Nice shooting!