September/2014 - The EF 24-70mm f/2.8L USM is without a doubt Canon’s most popular zoom lens ever. Launched in november 2002 this zoom lens became the standard for optical performance delivering similar results to primes lenses, with a useful fashion and journalism range and a constant bright f/2.8 aperture. It was also the time when top full frame cameras became available for under US$10.000, a new era for digital photography. We’ve never taken so many pictures and nothing is better than a flexible zoom to get the best files. But is it worth your purchase? 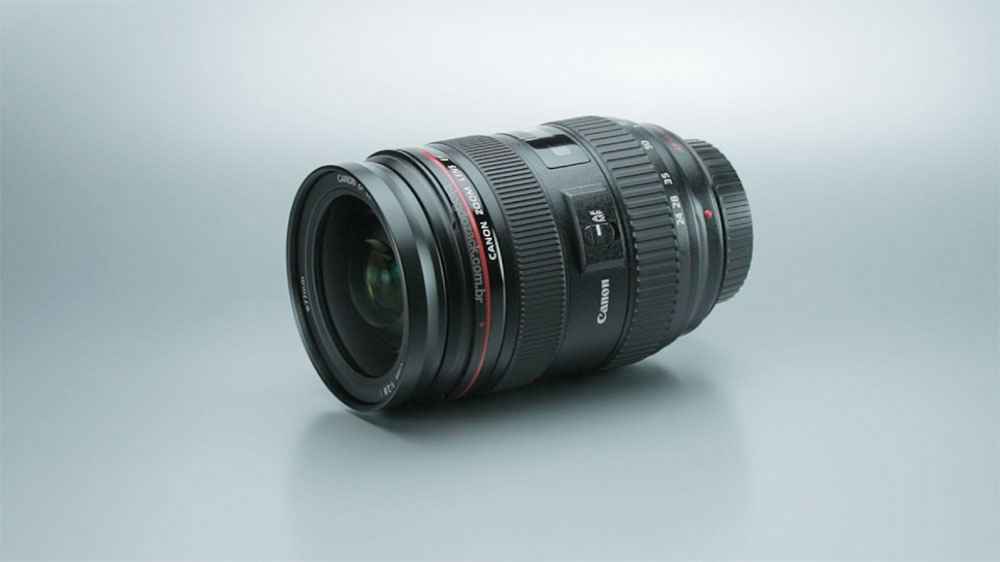 At 950g the 24-70mm f/2.8L USM is a pain in the ass. Too big, too heavy, it will surely annoy you after a few hours of work, and that’s what I think its best for: work. That’s because the body is almost entirely made of metal, a philosophy that Canon recently abandoned. Most “standard” specs (not exotic, slower than f/2) are now made out of high quality plastics and feel completely different. They’re easier to use, nicer to have with you all day long. The older, metal lenses are firmer, superior, made for heavy duty work. Literally. But it will surely annoy after a full work’s day. 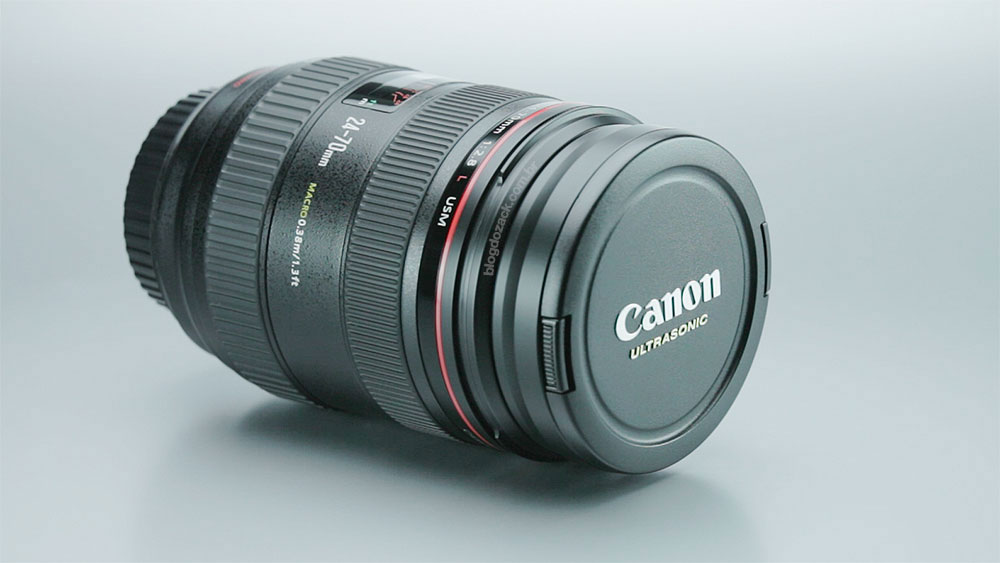 The 16 element in 13 groups optical formula features a weird inverted zoom setting, that’s shorter at 70mm and longer at 24mm. It makes the heavy build balance better at the telephoto end, and the lens hood to be optimised for all focal lengths. It’s different from the newer 24-105mm f/4L IS USM and the 24-70mm f/2.8L II USM, that gets longer as you zoom in. But it doesn’t really makes much of a difference except for the ginormous hood. It’s like I said: it is made for heavy duty jobs, and it feels ridiculous for everyday photos, or some vacations. You can recognised it from afar. 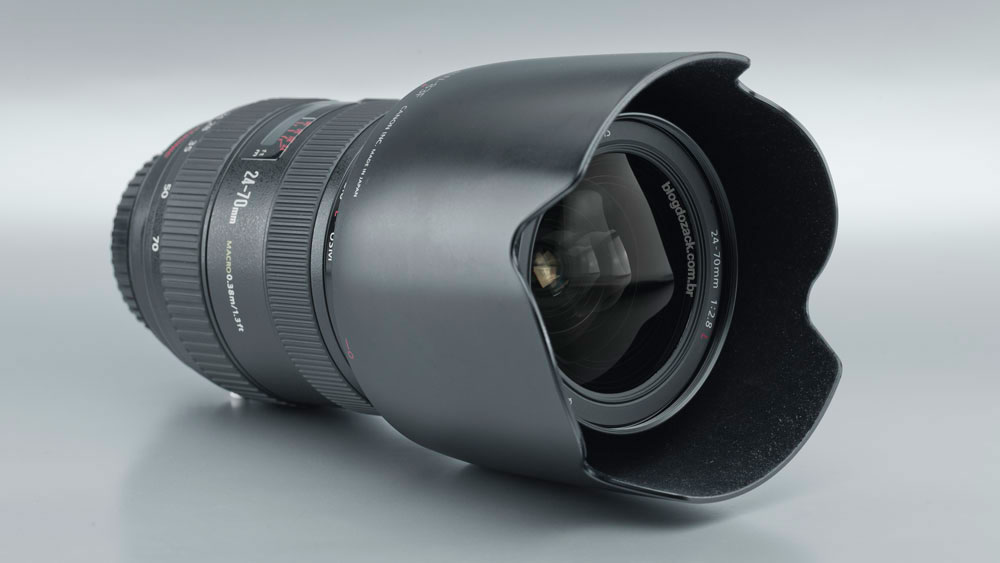 Its operation is simple with a metal zoom ring near the camera and the manual focusing ring at the front (with full time manual). It’s Canon’s standard ring arrangement and you’ll fell at home coming from other EF lenses. They’re both smooth and very “L series”, with no play nor weird tactile feedback from 24mm to 70mm. And they’re build as tough as possible, and will probably last longer than the photographer. There’s just one switch on the left to operate the USM AF. 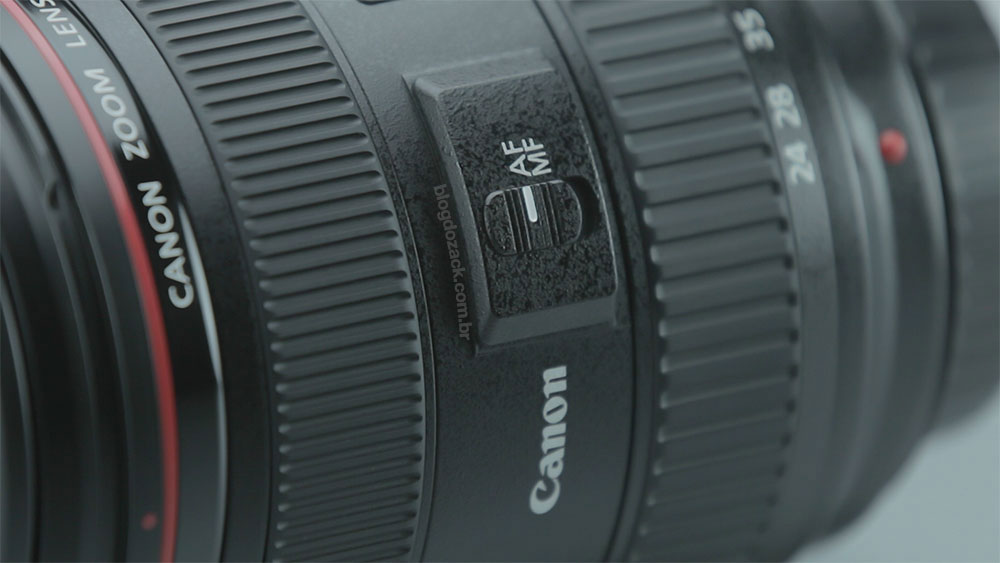 Inside the ring type USM is silent and fast, made to a single purpose: work! Mounted on 1D bodies, it actually gets faster because it receives extra W of power. I’ve seen some shoots with the model jumping on a trampoline with 100% AF accuracy; it is that reliable. The minimum focusing distance is 38cm and render a magnification of 0.21x, that Canon dares to call “macro” in the distance window. You can get close to the details on smaller objects, but it’s far from being a real 1:1 macro. 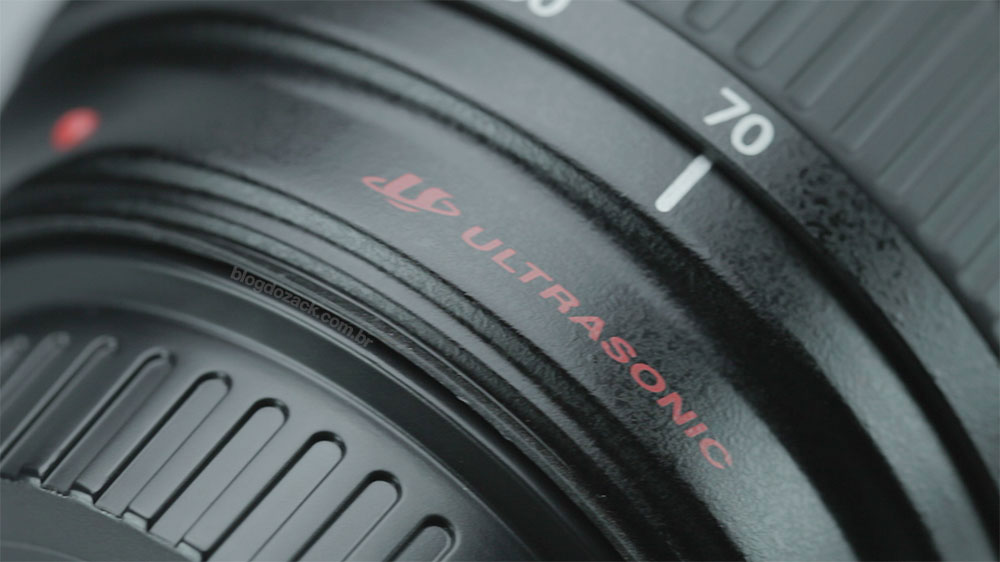 At the front the ø77mm filters are attached on a metal thread, and I really miss these premium touches. Sure, we don’t need a full metal barrel, heavy to walk around. But a metal filter thread is much better to use, the filters screw much faster and hardly get jammed. And at the back there’s the last serious L series feature: a rubber gasket around the metal mount, completing the weather sealing. It’s a true Canon work horse and that’s why it took so long for it to get updated. Some used copies feel brand new even nowadays, making it a serious contender on the used market. 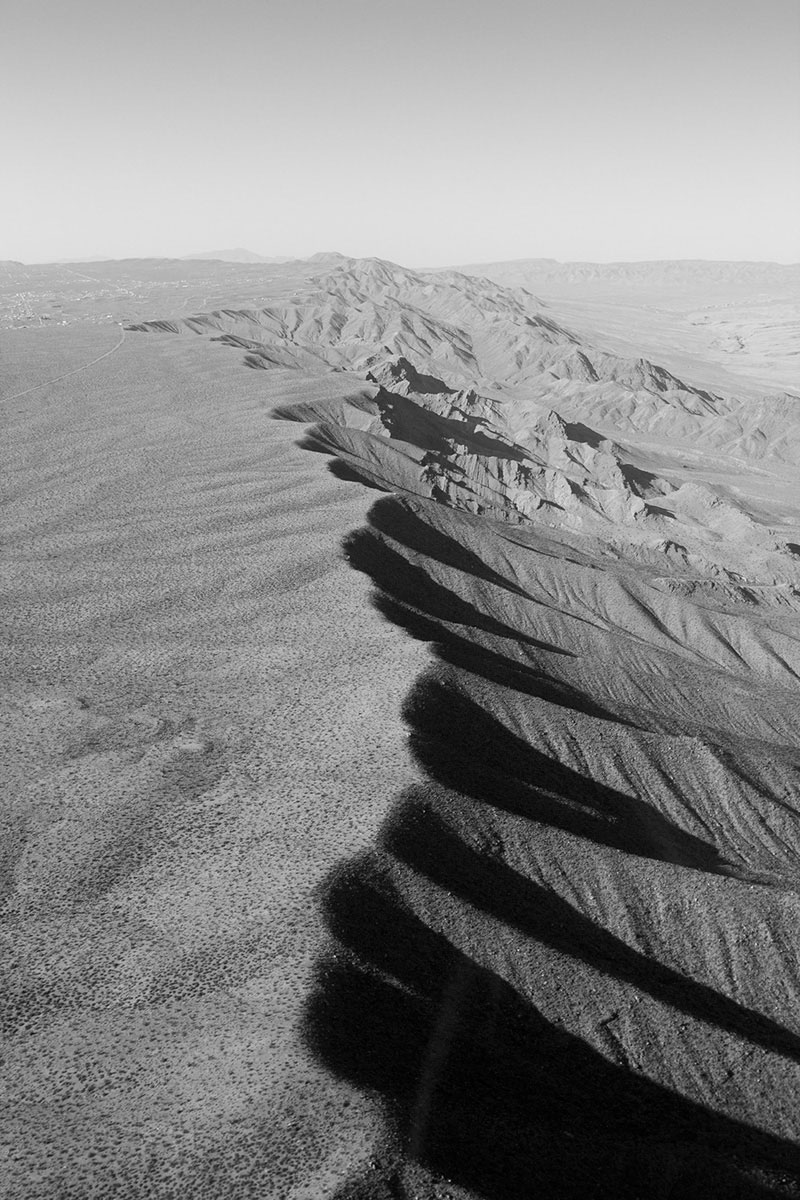 I decided to bring the EF 24-70mm f/2.8L USM back on vlog do zack’s listing exclusively for its image quality. I was looking at some old files and crossed with great photos from this lens. I opened them, pixel peeped a bit, and remembered how impressive its optical performance is: great resolution from edge to edge, excellent sharpness, low CAs and discreet geometric distortions. 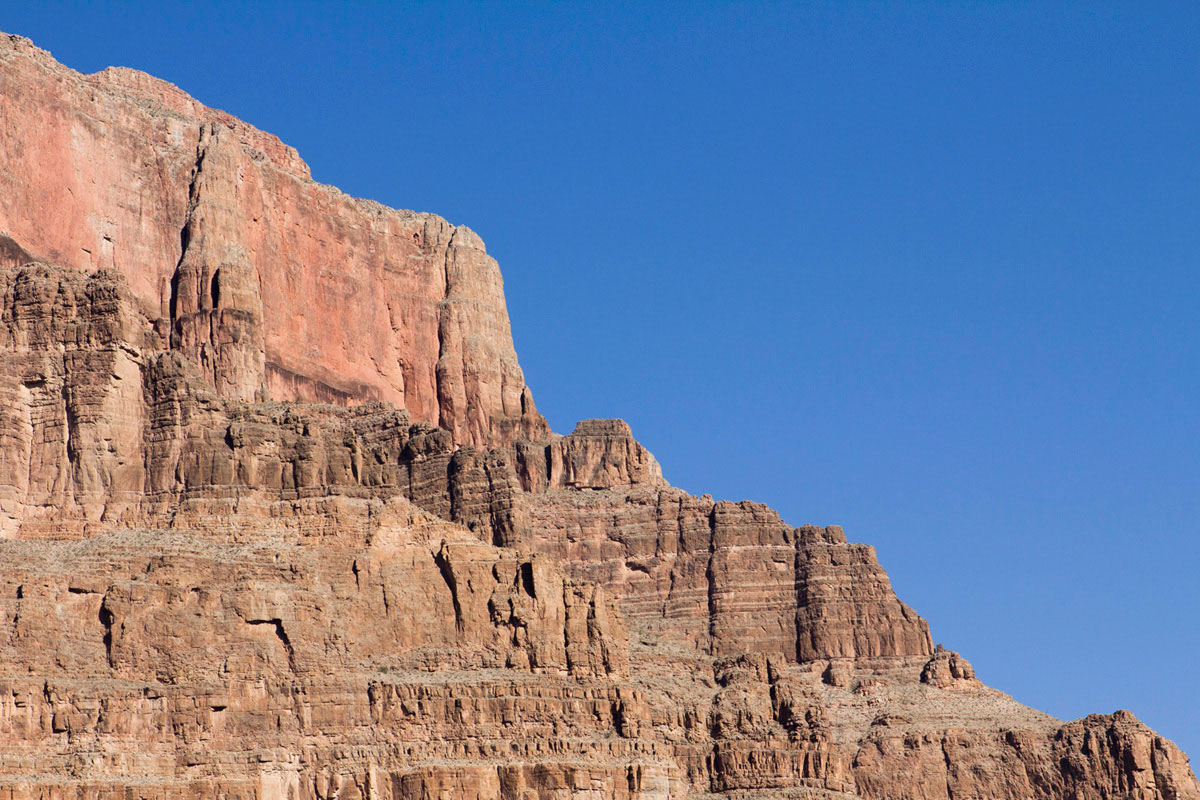 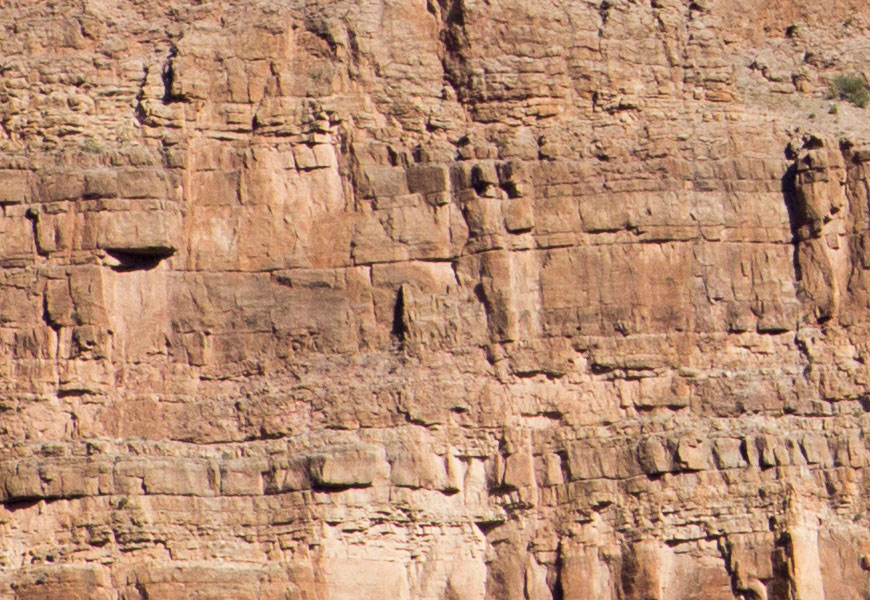 I once made a completely bad exposure at f/2.8. Under plenty of light, I shot a wide open tridimensional subject (a building valley), exactly to test how it would perform. And it worked beautifully, with enough details on the focal plane, perfect contrast, no flaring nor blooming, for that old story about “I don’t know who would actually need better performance than this”. It is simply excellent at f/2.8 under any distance. An old project that feels very modern. 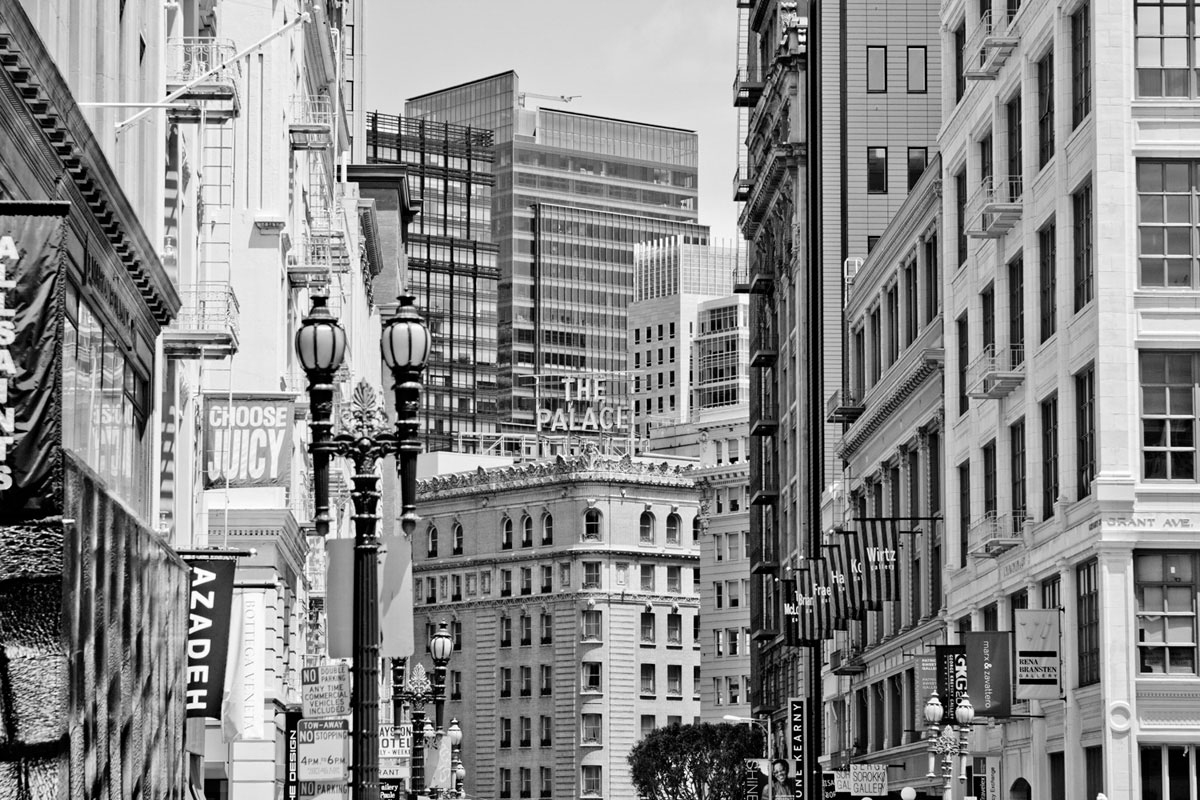 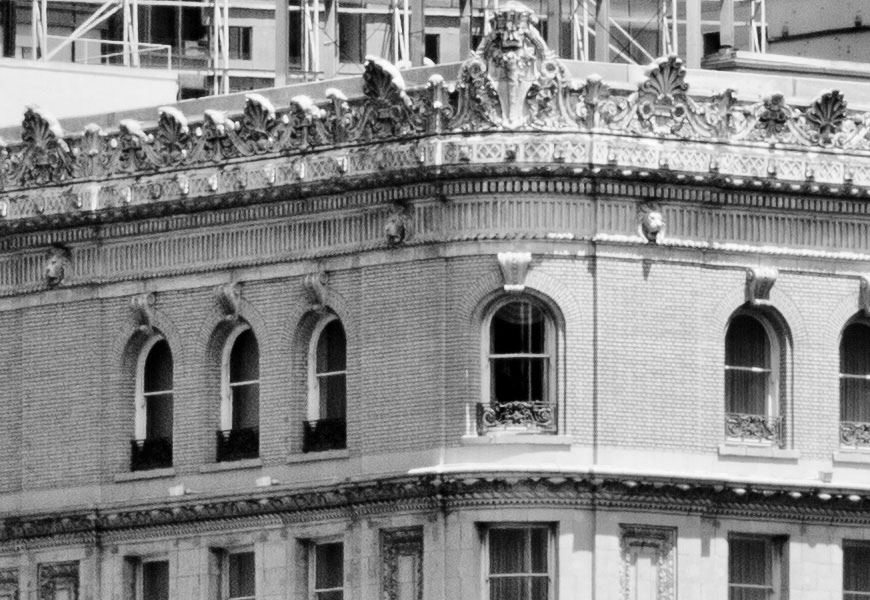 100% crop, but resolution and contrast are impeccable nonetheless.

But on the other hand, another fully lit f/2.8 exposure was not so great. It suffers from strong axial chromatic aberration wide open and shows how hard it is to perfectly focus all light wavelengths at the same focal point. But again, it’s not an ideal exposure: f/2.8 during the day is a recipe for disaster, and I should have stopped it down for better performance. However the axial CA happened and it is near impossible to fix. Watch your background to avoid any issues. 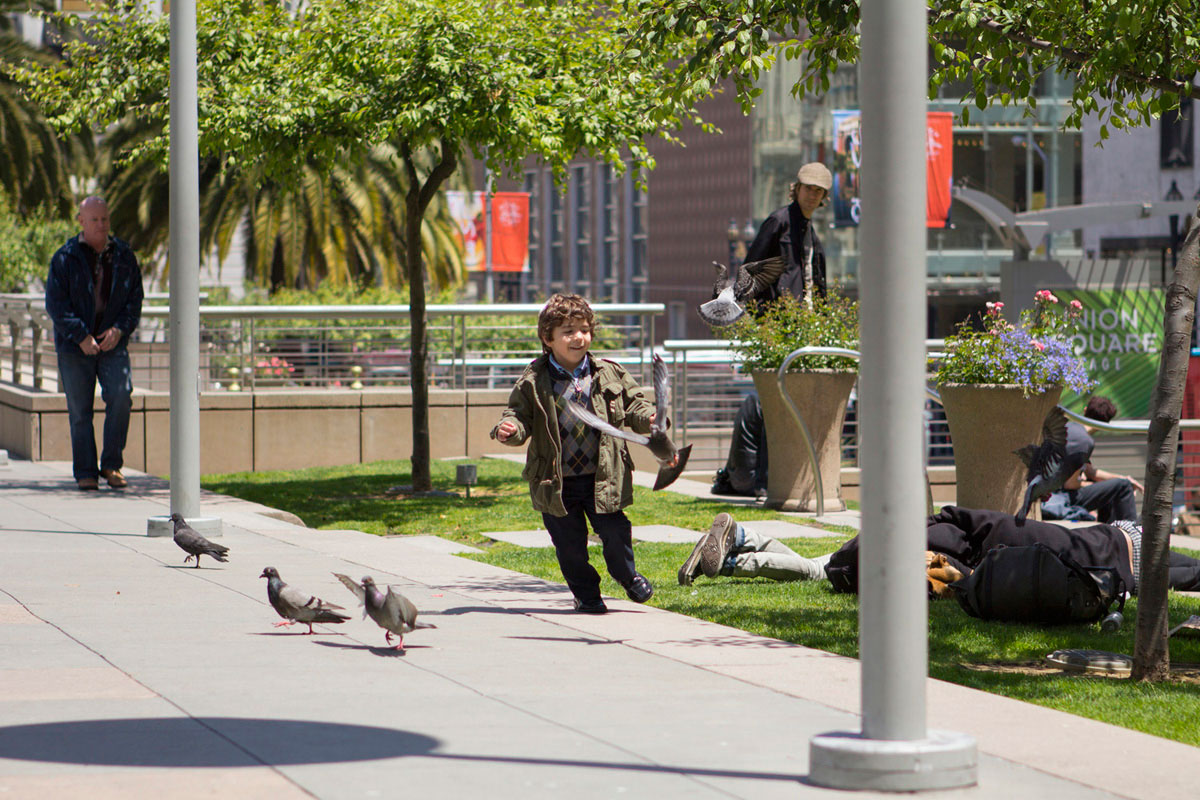 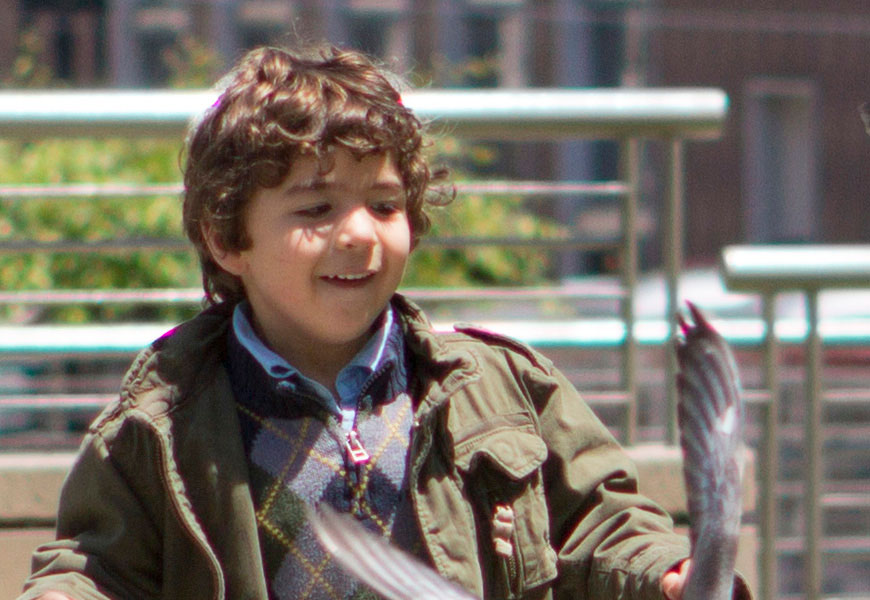 100% crop, notice the axial CA on the background.

On a better example, the f/11 aperture surpasses the EOS 60D diffraction limit as an APS-C 18MP camera. But there’s plenty of details left. It’s one of those immersive, big files (think about 60×40 prints), where every leaf, branches, shadow nuances are rendered. Even the sun behind all that didn’t cause flaring, not an issue on the 24-70mm f/2.8. A very good performance for rim light under studios settings, or backlit wedding photos. It’s great under any situation. 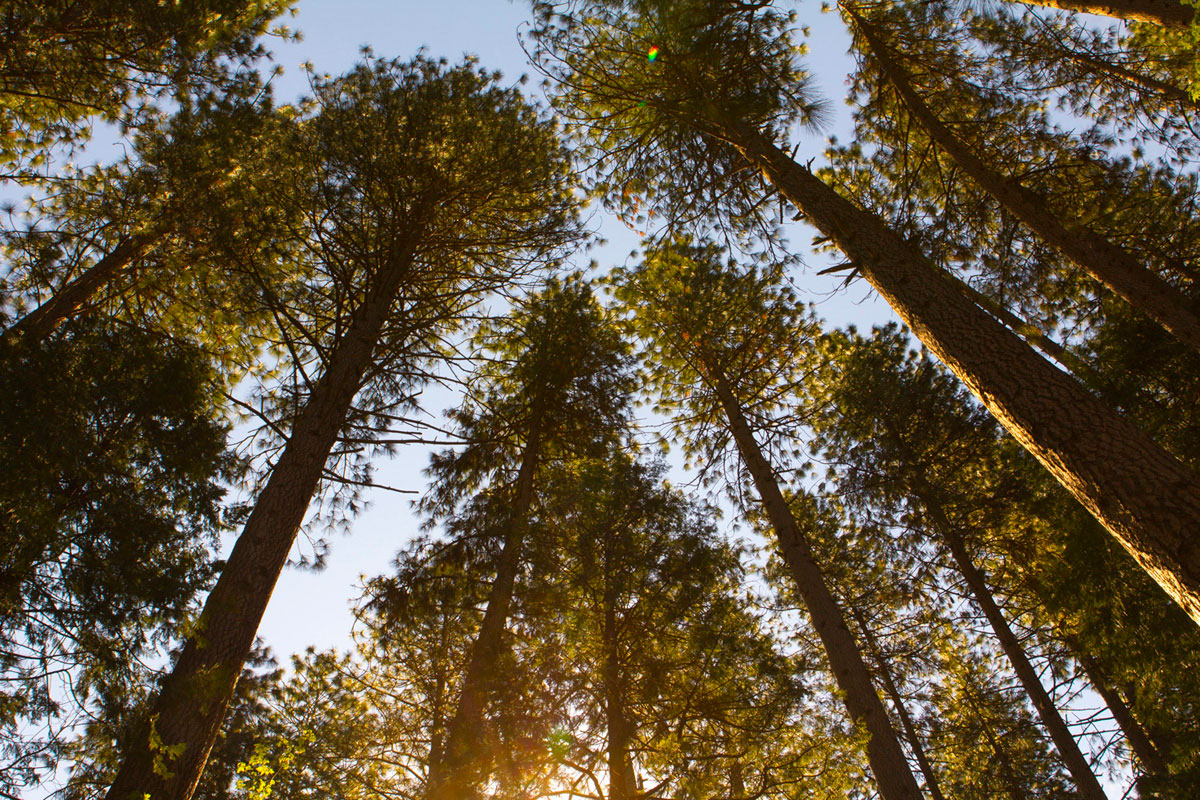 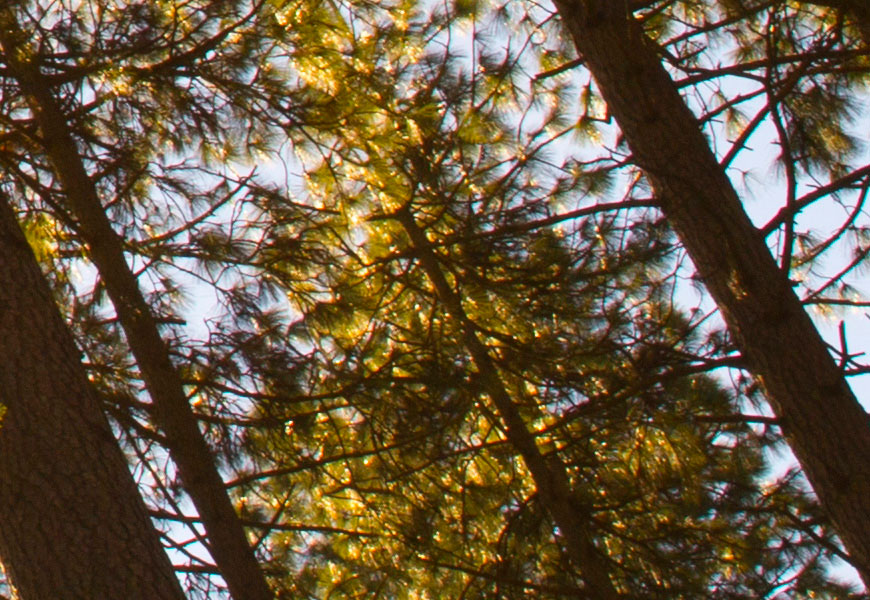 Colours and bokeh are standardised at Canon, all balanced with the decades old FD 50mm f/1.4; you won’t find any differences in that aspects, easy to perform batch processing over many files. It is biased to orange tones, great for skin tones, far from reality but great on prints. It also works very well after some black and white conversions. I saw a legendary Harcourt photo shoot that featured a 1Ds Mark III and 24-70mm f/2.8L USM, for those iconic B&W portraits. 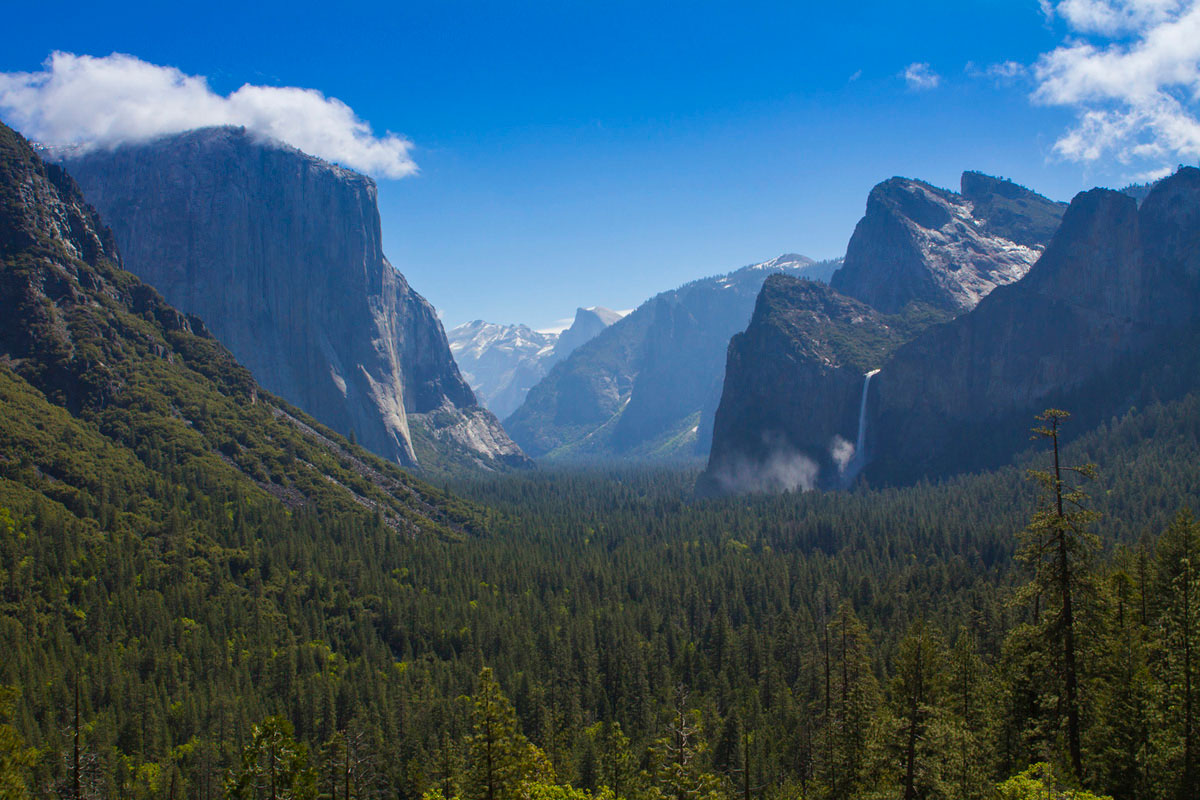 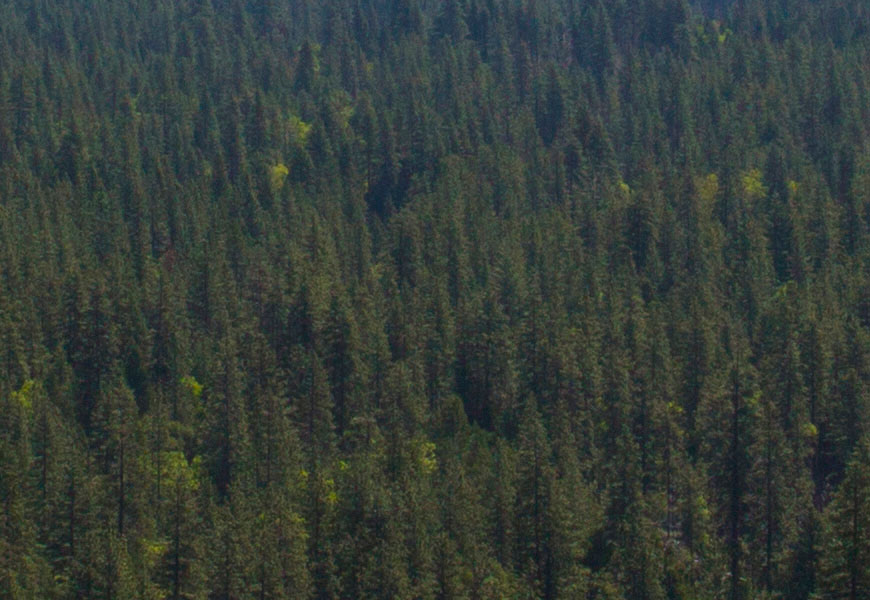 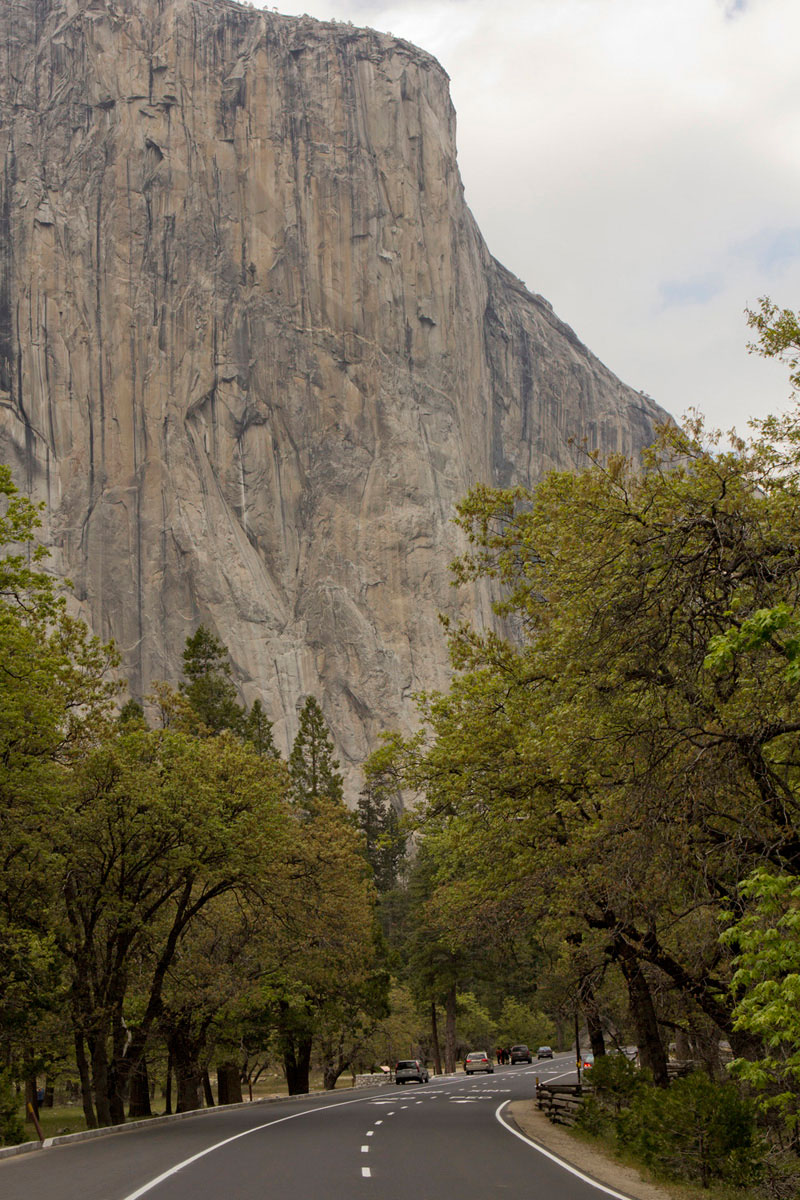 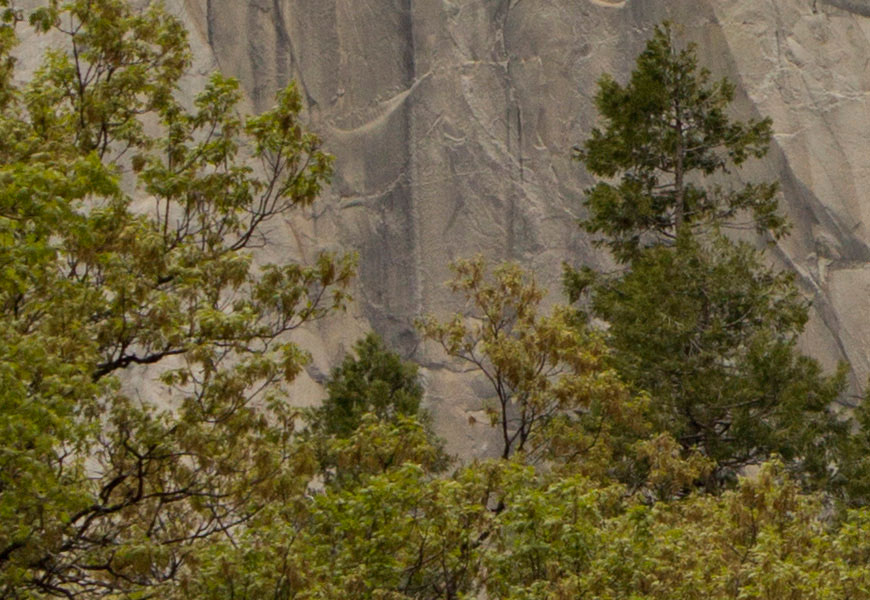 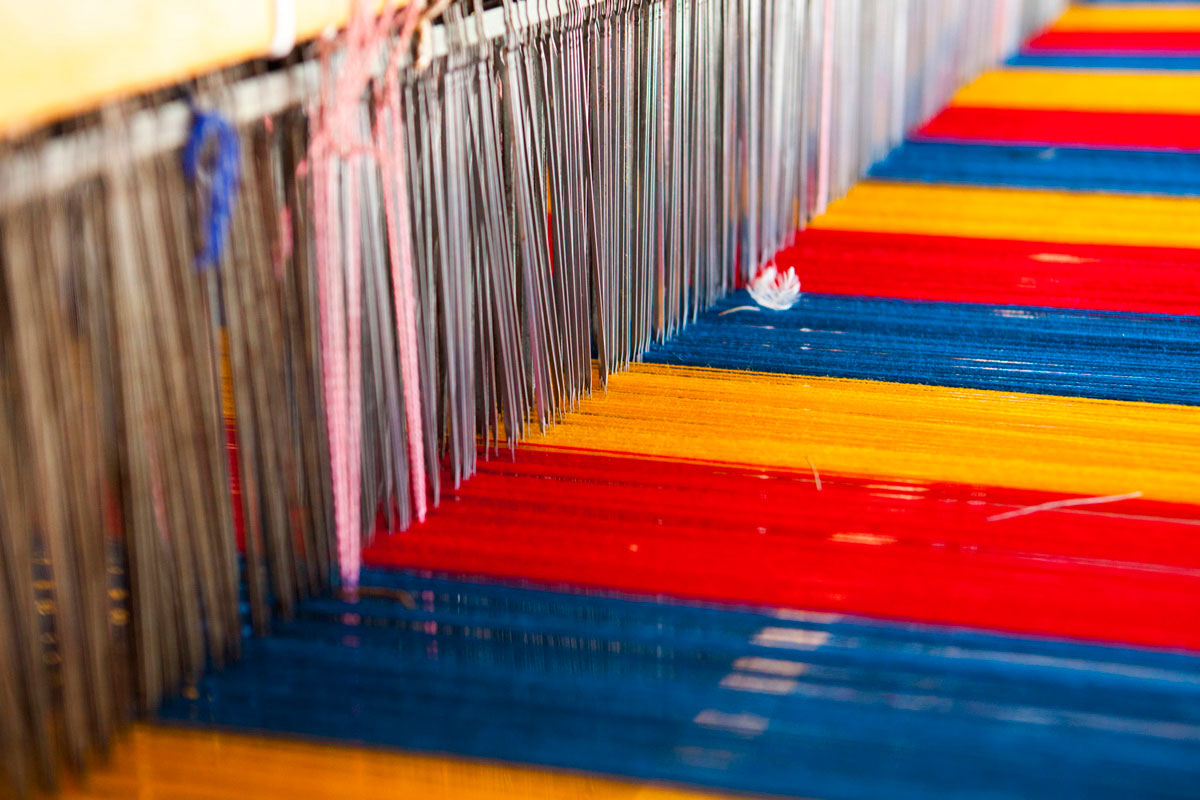 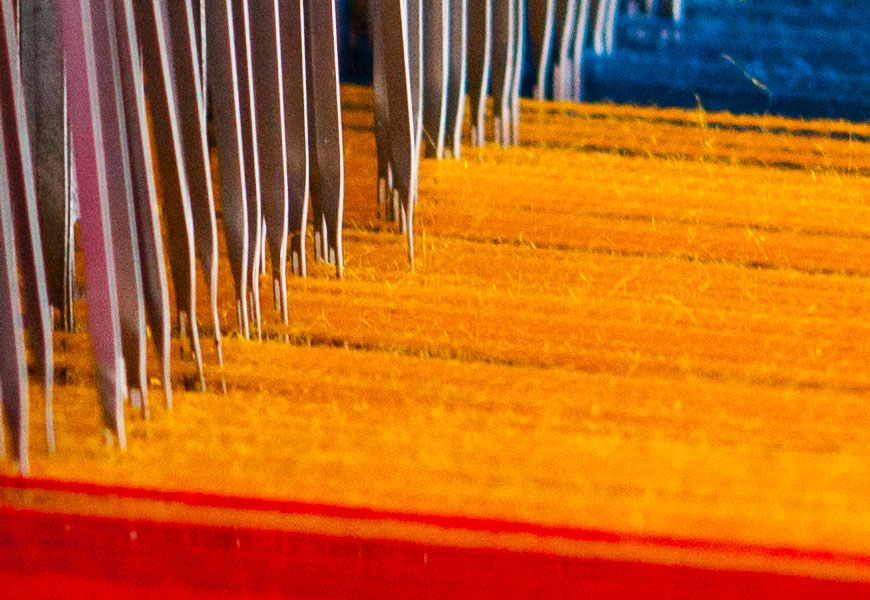 At last the geometric distortion is visible on straight lines at the wide end, almost invisible at telephoto. At 70mm it is definitely not as bad as the EF 24-105mm pincushion, be it for the shorter length or optical optimisations. It’s good for portraits and close-ups, not dependent on software correction. Vignetting is minimal on full frame edges because of the inverted zoom design. 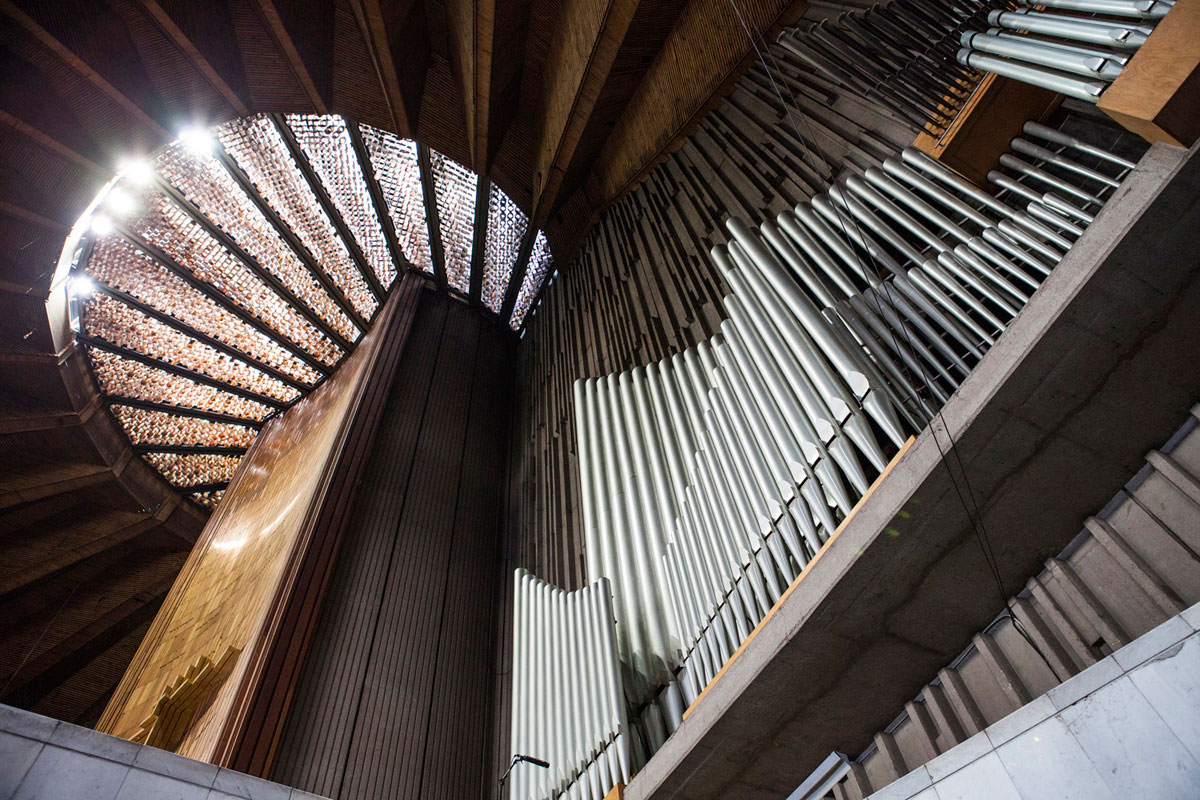 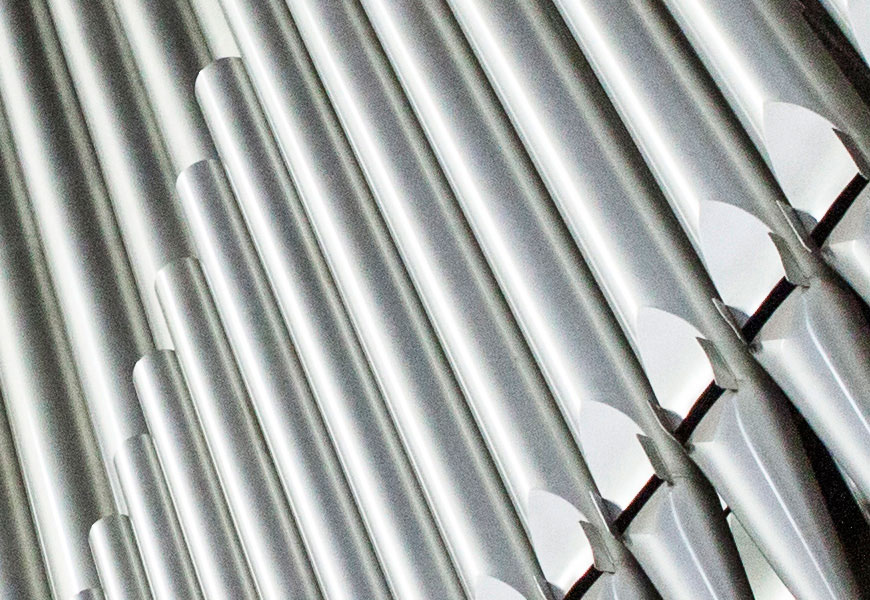 100% crop, great contrast under any situation. 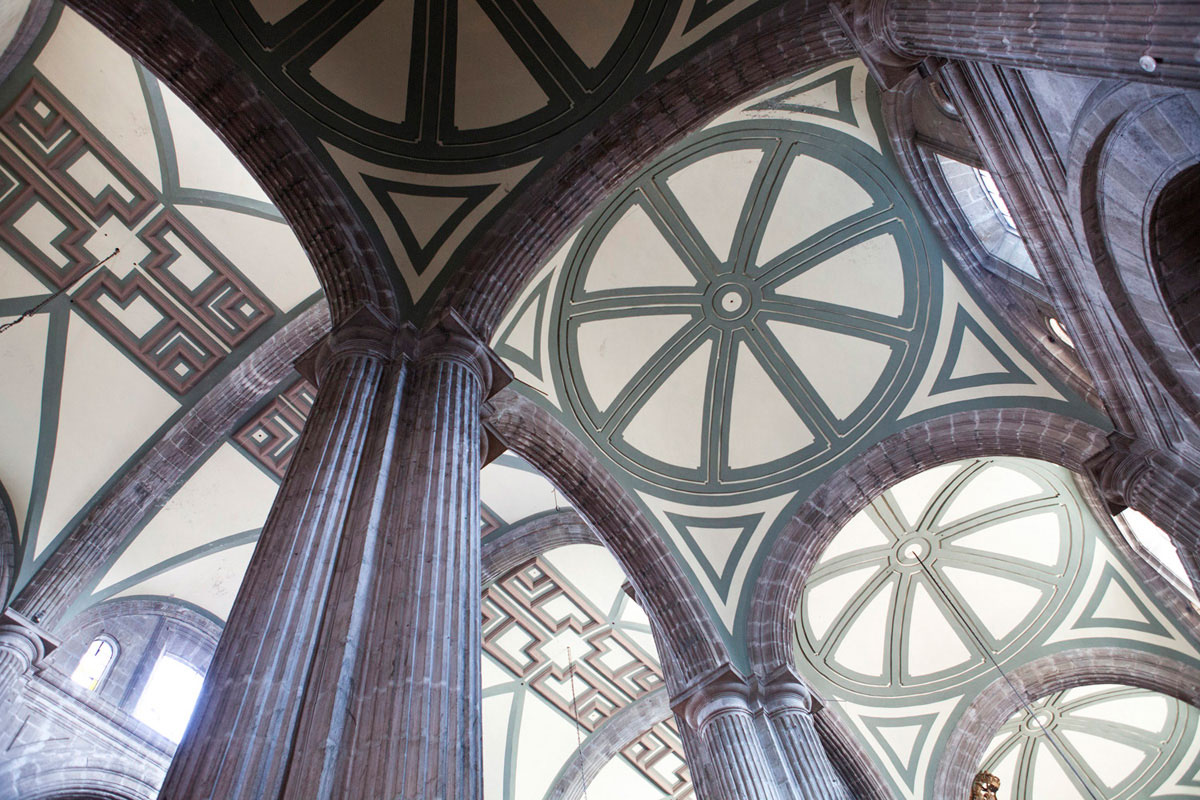 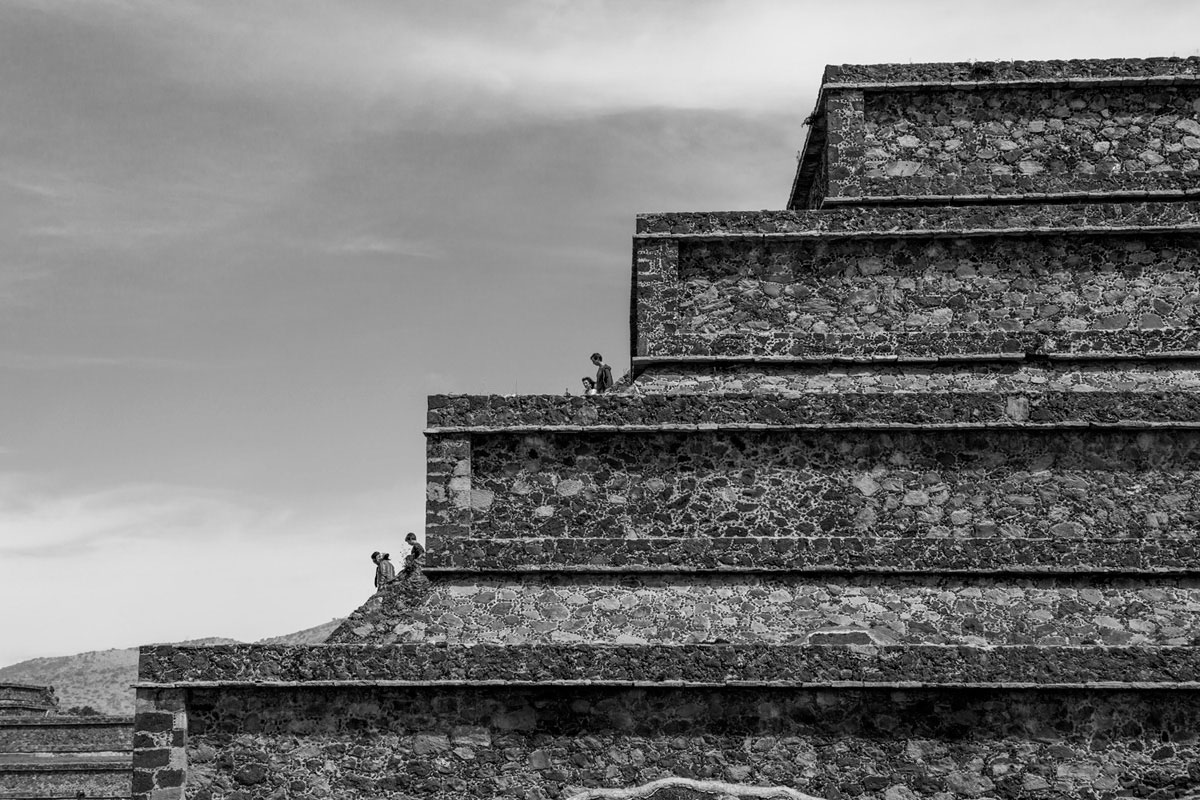 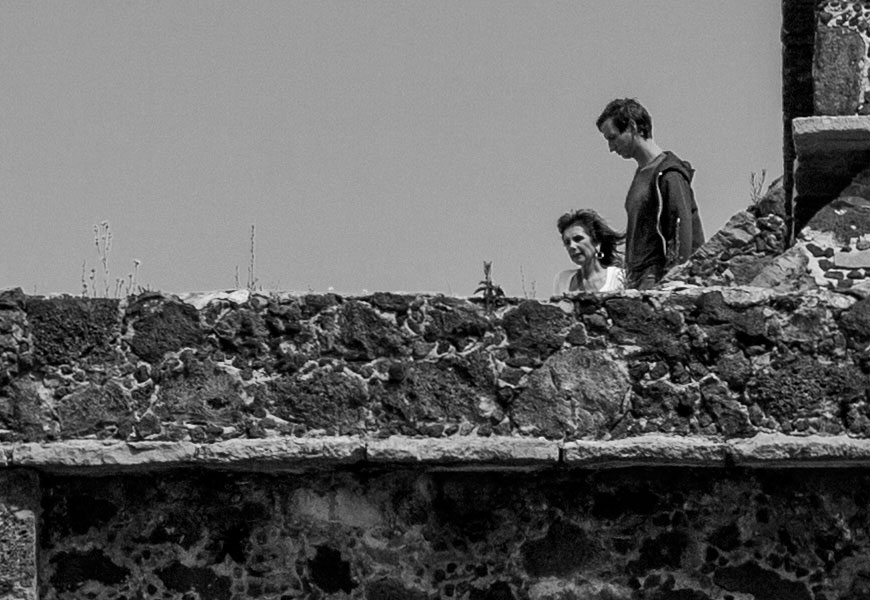 100% crop, resolution at the center of the frame. 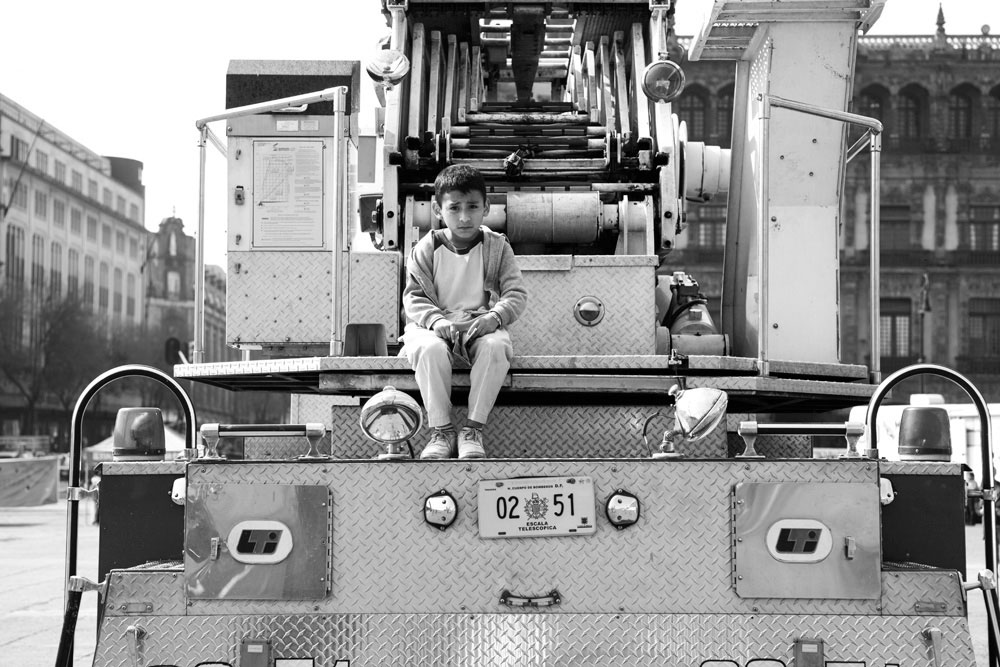 A legendary Canon lens that was the professional market’s darling for a long time. Robust, flexible, with excellent image quality, it paved the way for high performance DSLRs. It is worth your money if found for a reasonably low cost on the second hand market. But in my opinion the EF 24-105mm f/4L IS USM is a better purchase considering the overall similar results, no matter the theoretical f/2.8 aperture. That’s until we test the newer EF 24-70mm f/2.8L II USM. Nice shooting!