Love me or hate me

April/2014 - Mirrorless cameras are the best size/IQ ratio on the market today. A natural consequence of the Live View CMOS development from 2005, the design of high quality, high end cameras changed forever. The SLR mirror, that is used just to “reflex” the lens image on a tiny viewfinder, in gone; but the interchangeable lenses are still there, along with the super-sized sensors and its super-sized capabilities. The camera volume reduction was significant but the photographic results are untouched. A new style of photography was born: discreet, accessible. 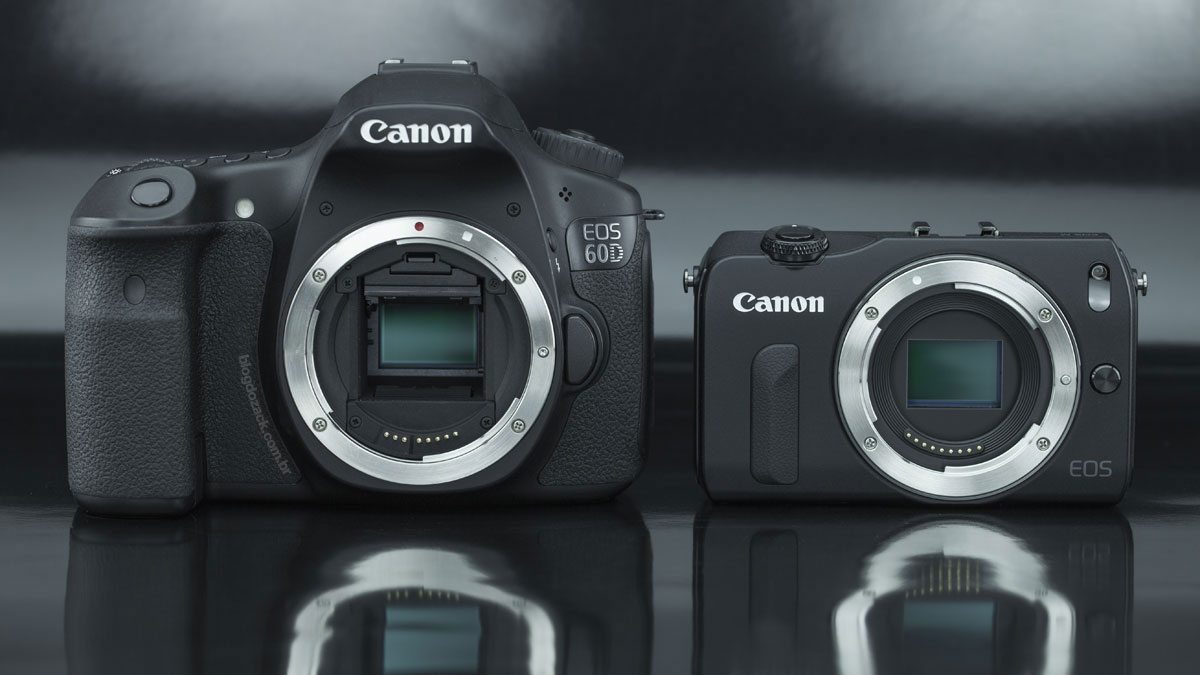 Canon was the last manufacturer to board the mirrorless wagon, introducing the EOS M (“M”, ta-da, stands for mirrorless) in 2012. They publicly stated the technology wasn’t ready for market yet (the same technology from the 2005 40D?), while we all know what really happened: they wanted to protect their very profitable DSLR sales. But an unimaginable review from vlog do zack became a reality after a price reduction in the United States. So I gave another Canon APS-C body a chance to replace my EOS 60D, that was used only as a backup. So let’s see if Canon really slipped with the EOS M, or if it’s actually better than people say. Let’s take a closer look. Nice reading! 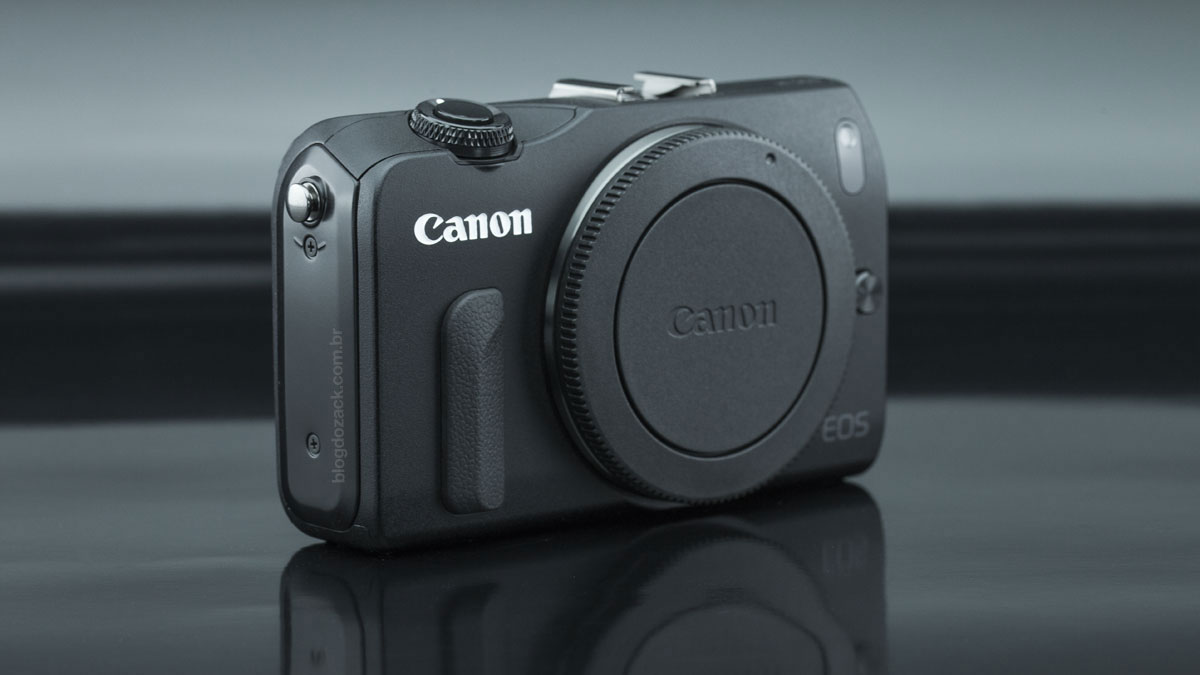 The M is a genuine Canon EOS. Made of magnesium alloy at just 262g, is the same material of its bigger sisters 5D, 7D and 1D. It way tougher than the plasticy T#i or 60D/70D, and extremely solid in the hands, far from being an average compact. But size doesn’t matter: at just 108x66x32mm, 1/5 of the volume of the SL1, it keeps the same imager pipeline. At the front we have the EF-M mount that is 11% smaller than regular EF/EF-S, but still all electronic. Unfortunately it is not natively compatible with these lenses and require an adaptor to mount them. With that in place, the M looses its “compact” appeal and your pocket looses US$149. No a good deal. 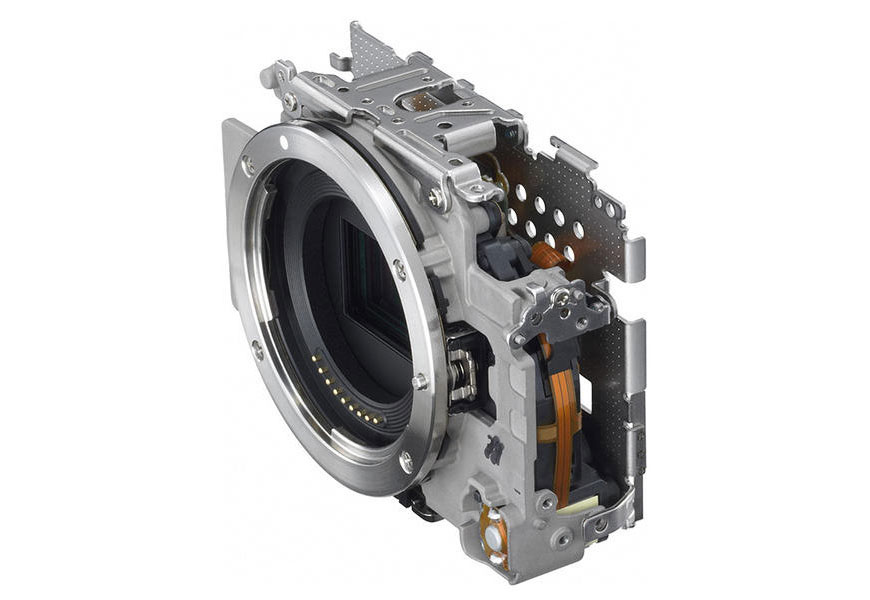 The top panel is simple with a full featured hot-shoe. It accepts EX accessories like a flash, very important as the M doesn’t have one. We can also see the stereo L and R mics for video recording; the ON/OFF button; the shutter release and the AUTO/PHOTO/MOVIE wheel. There isn’t a PASM wheel (Program, Aperture, Shutter, Manual) typical of DSLRs, nor the top info LCD. It clearly Canon´s aim at the entry level, and not Sony Alpha 7 designed with professionals in mind. 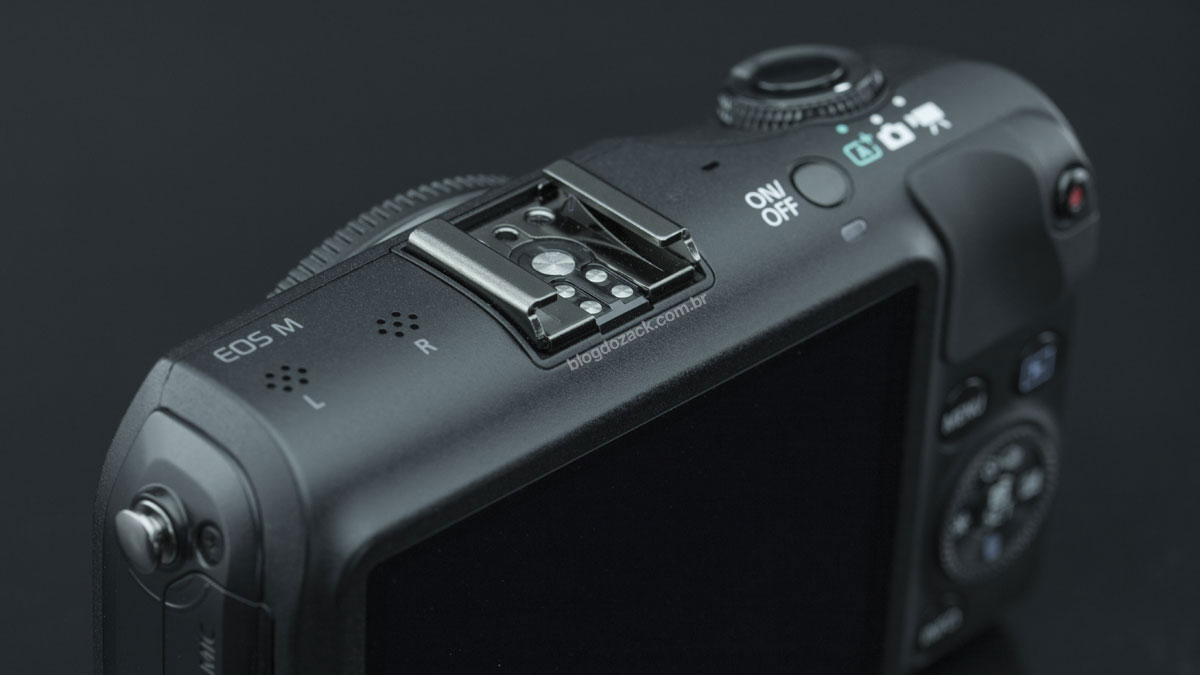 The lack of buttons is made up by the 3” Clear View II touch sensitive LCD; there is no physical space between the screen and the outer plastic, for increased contrast. It unfortunately doesn’t rotate like even the simpler Powershot G. The resolution is very good with over a million dots, noticeable during the image review (while shooting the resolution seems to drop a bit). There’s a jog dial at the back with a SET button in the middle, and works like other EOS cameras, with four directional clicks. MENU and playback buttons are self-explanatory. And INFO circle through the display informations. There’s a back thumb grip with a REC button in it. And on one side we have three ports: HDMI, USB and MIC. On the other… nothing. Both battery and SDXC card goes in the bottom and the camera must be removed from the tripod to open the door. 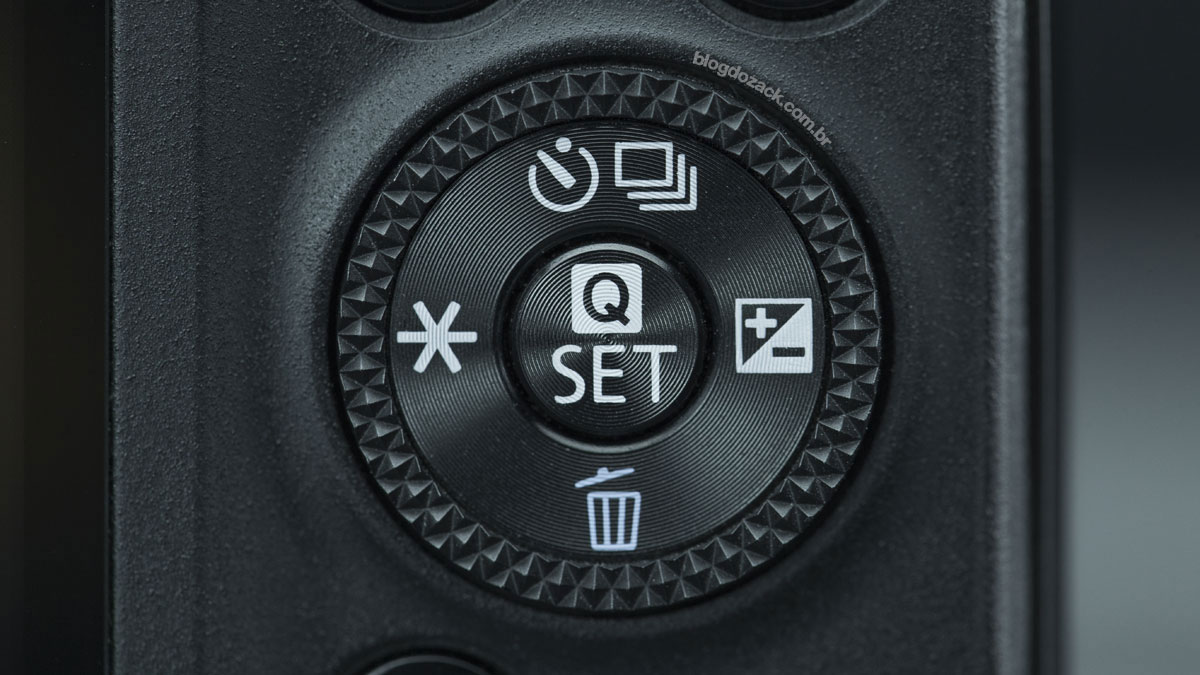 Everything is tinny and functional on the EOS M, but will certainly bother those with large hands. The SET button is so small it can’t be used wearing gloves. Canon obviously design the M with the entry level market in mind, and that’s bad for amateurs and professional. Amateurs won’t have the same experience as a DSLR, that feels “professional” in the hands; and professionals will have to work around its limitations, making it less ideal as a backup, besides the good sensor. We have a product designed not to take the place of larger cameras, nor to push the technology ahead. 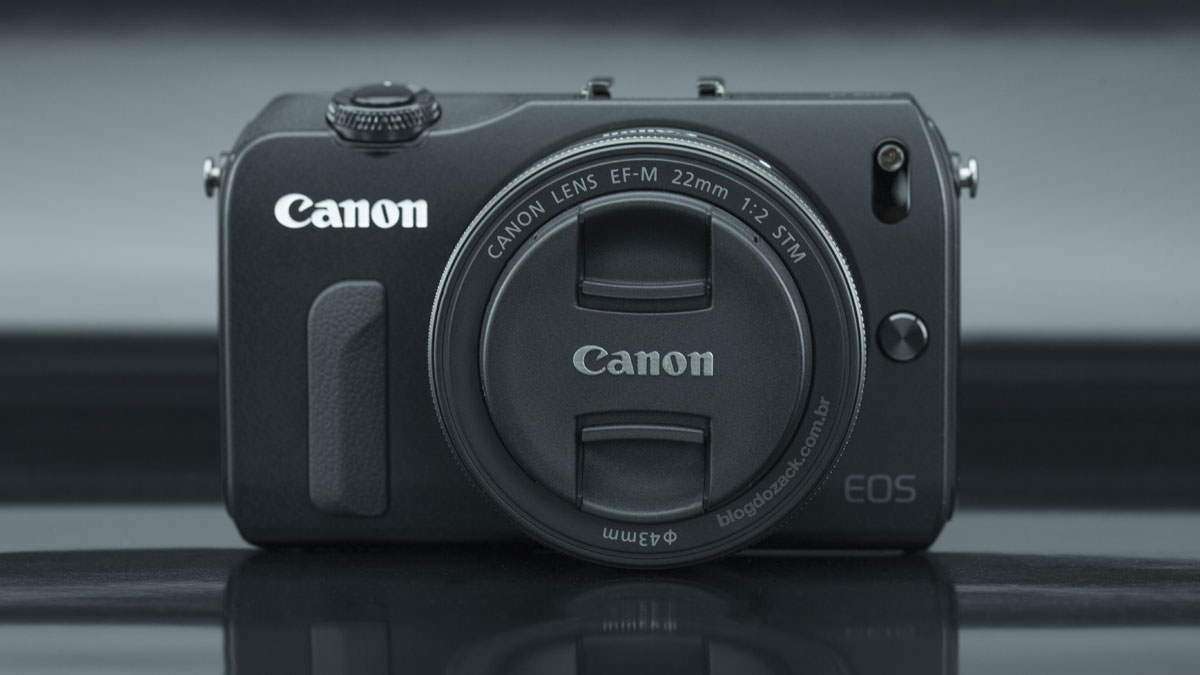 The first batch of EF-M lenses are as small and useless as the camera they work with. The zoom EF-M 18-55mm f/3.5-5.6 IS STM won’t inspire with its range or aperture; and the EF-M 22mm f/2 STM would be awesome, if it was a full featured EF. But the prime lens is interesting for being a pancake (compact design) and offering the equivalent of a 35mm f/2, great for street photography. At just 23.7mm, it is pocketable with the EOS M and it’s the smallest 18MP APS-C Canon ever. 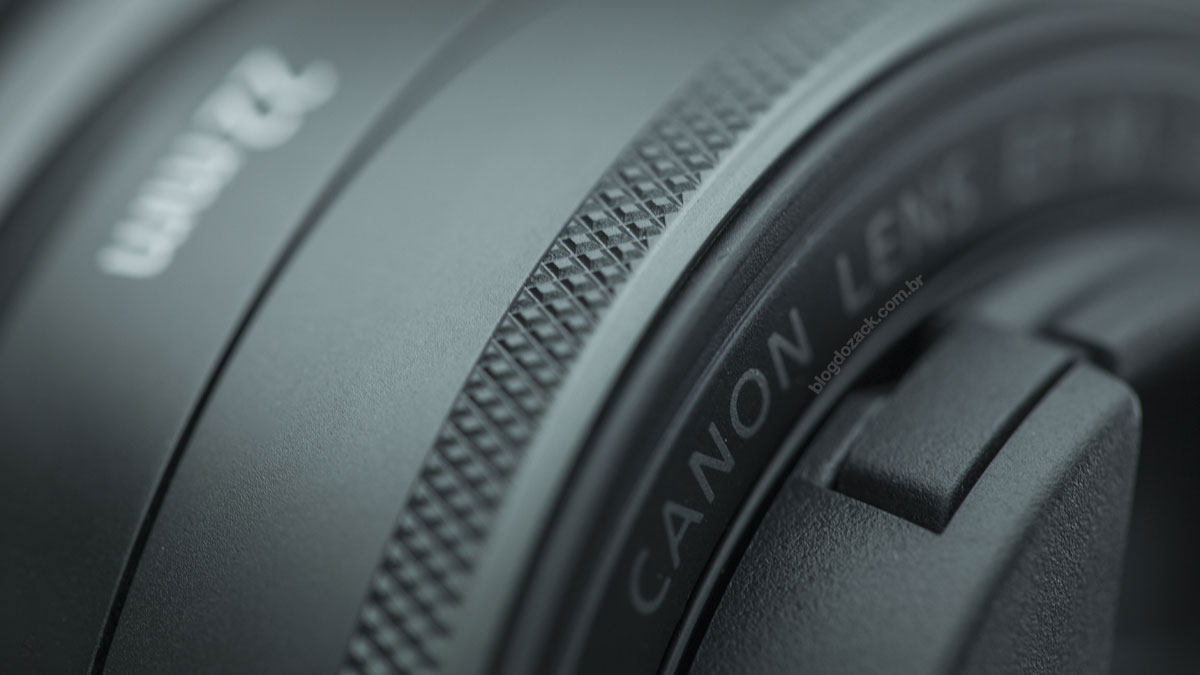 The build is nice with a plastic body and metal mount. Nothing wobbles after all it is very small. Inside the optical formula impresses at seven elements (!) in six groups, with one Glass-Mold aspherical piece. It is very easy to use: the manual focusing ring is completely electronic and there’s no switch; the AF/MF must be set on the camera menu.

HIGHLIGHTS – EASE OF USE 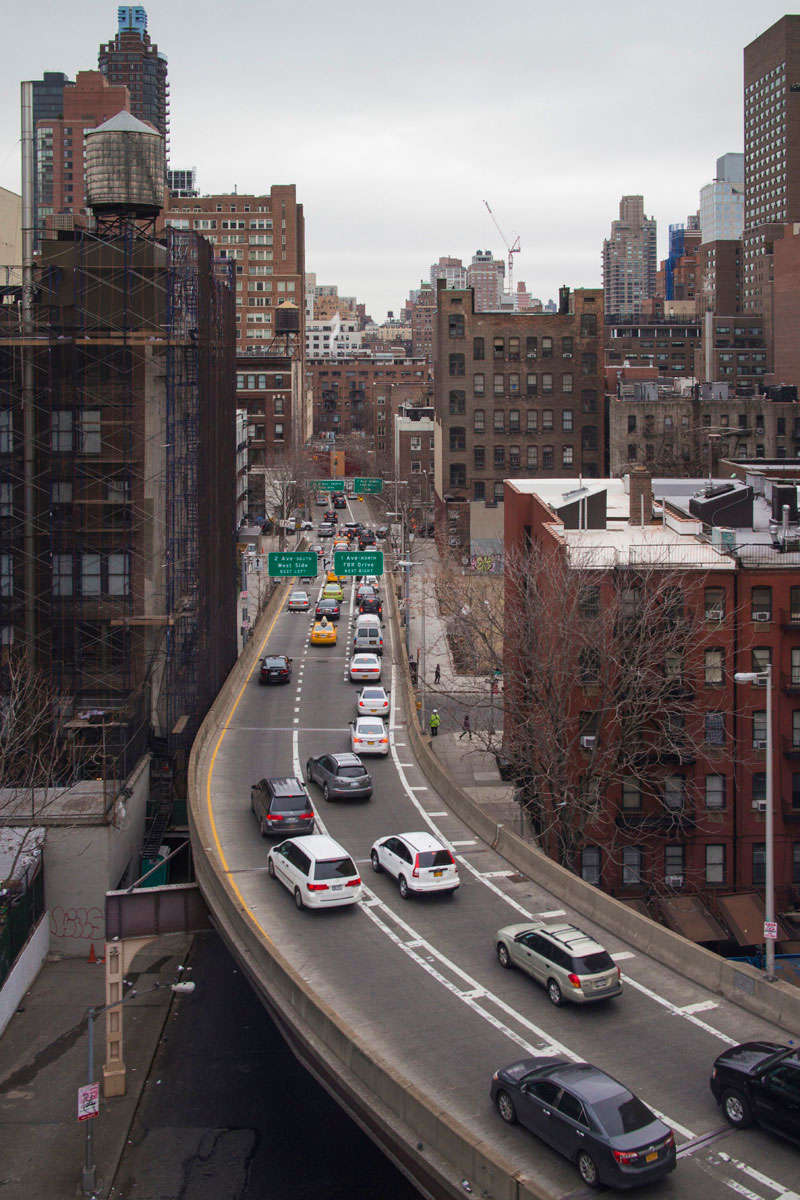 An entry level camera focused (pun intended) on the ease of use, the EOS M is a pleasure if you keep your expectations low. No, it’s not a DSLR and should not be handled as one. But photo after photo, it can definitely substitute a larger camera. From the ON/OFF cycle we feel it’s not on the same league. It takes almost 1.5 second to boot, which seems like forever for DSLR standards. There’s also no “sleep” mode: it is either ON, using the battery; or it is OFF, taking a long time to boot back on. You can turn the LCD off and leave the camera ON, but it is different from a regular stand-by. Conclusion: turn it on and off to male the battery last throughout the day. I did it. 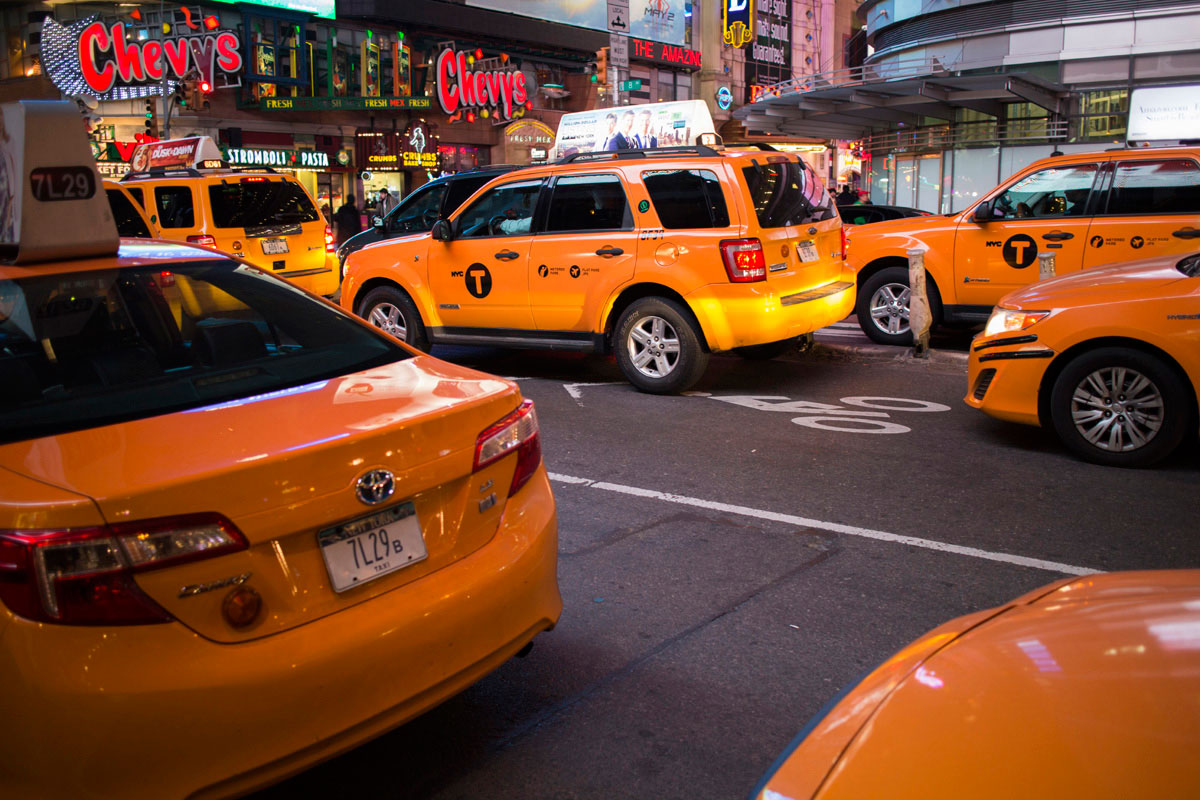 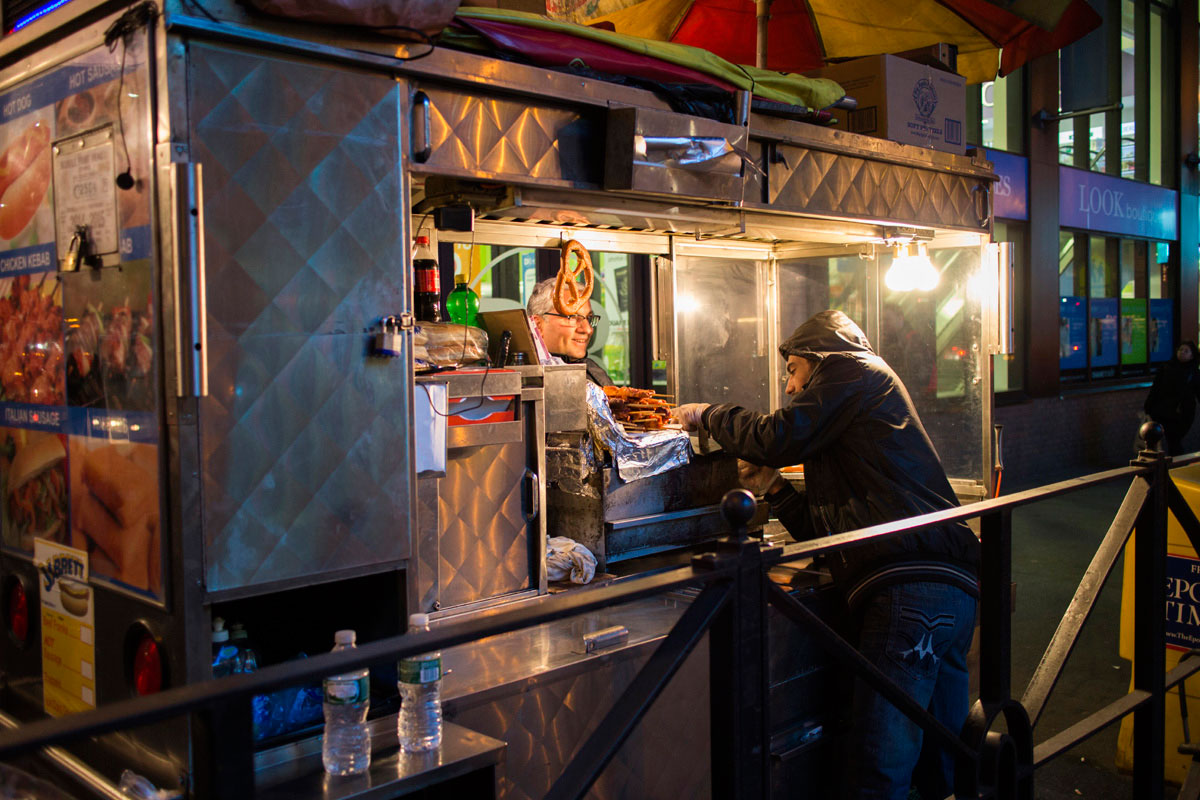 Once it’s up and running, everything is very obvious to operate. On Av, Tv and M the back wheel controls the exposure settings. Press right (+/-) to change between aperture or shutter under the M- manual mode; or between the aperture/shutter and exposure compensation during Av/Tv modes, respectively. It’s easy and fast, even more dynamic than the T#i logic (requiring a depressed button to operate). If the control is not on some button, like ISO, just touch the screen and choose it on a slider. I found this to be a bad idea because you have to slide till you find what you’re looking for. On the Panasonic GF3 all values appears at the same time, for a faster selection. 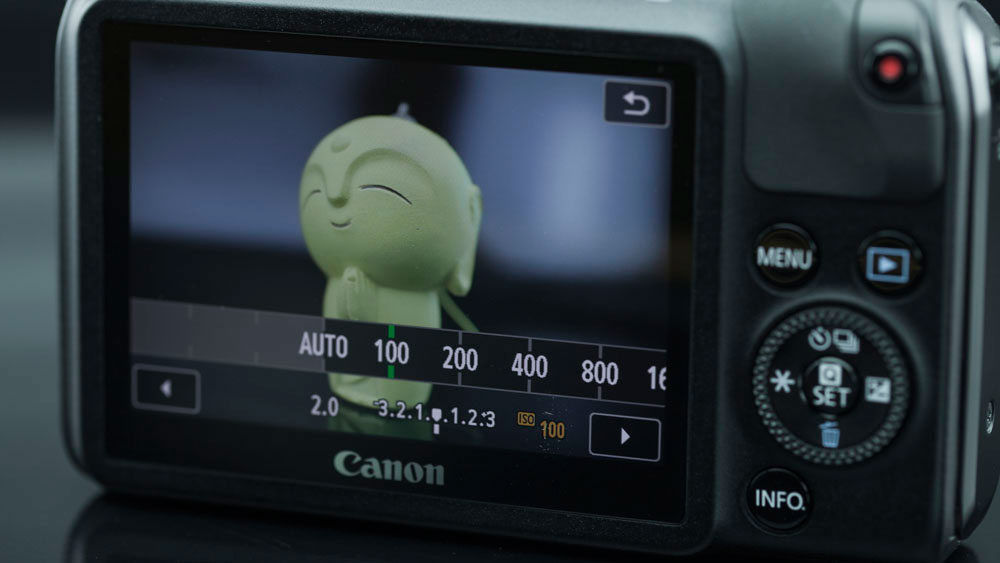 ISO interface; slide to find the value you want… 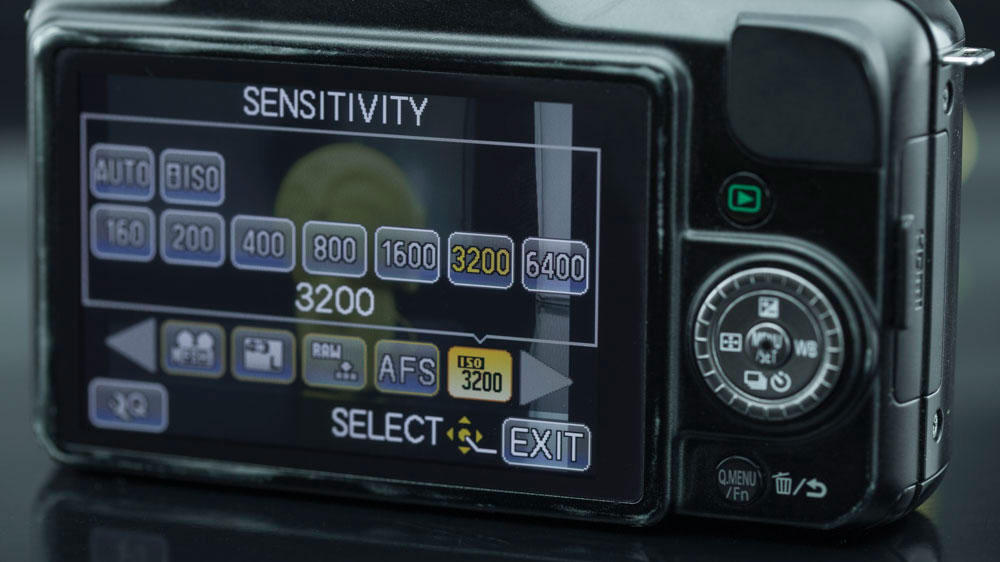 While on the Panasonic GF3 all values appear on the same screen. 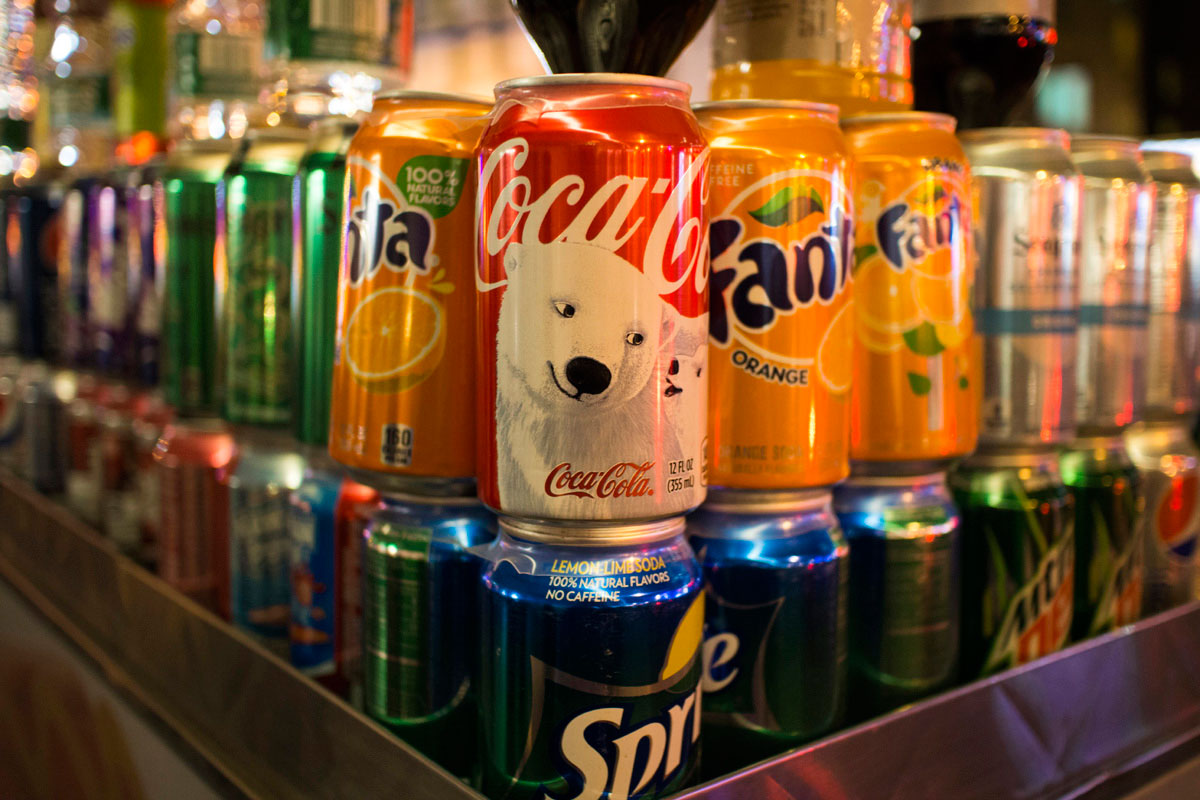 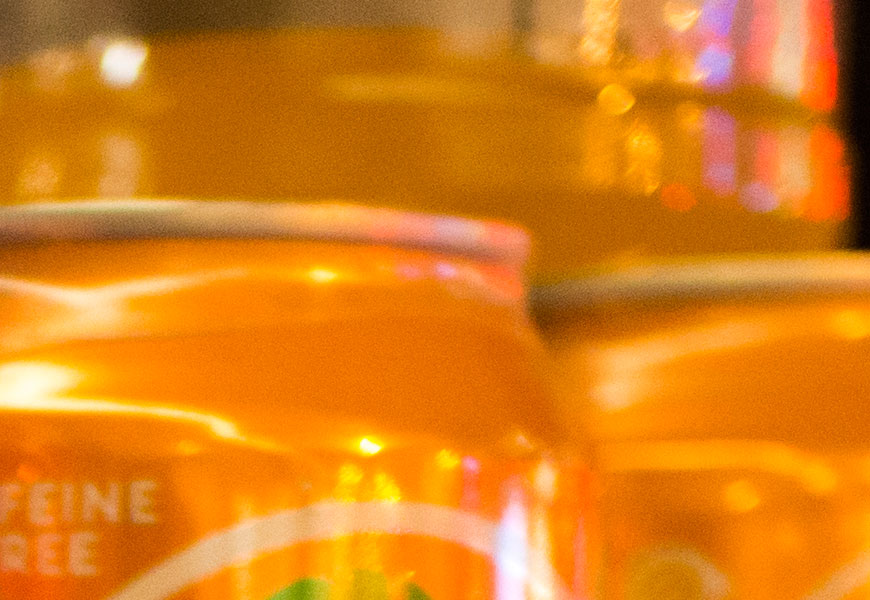 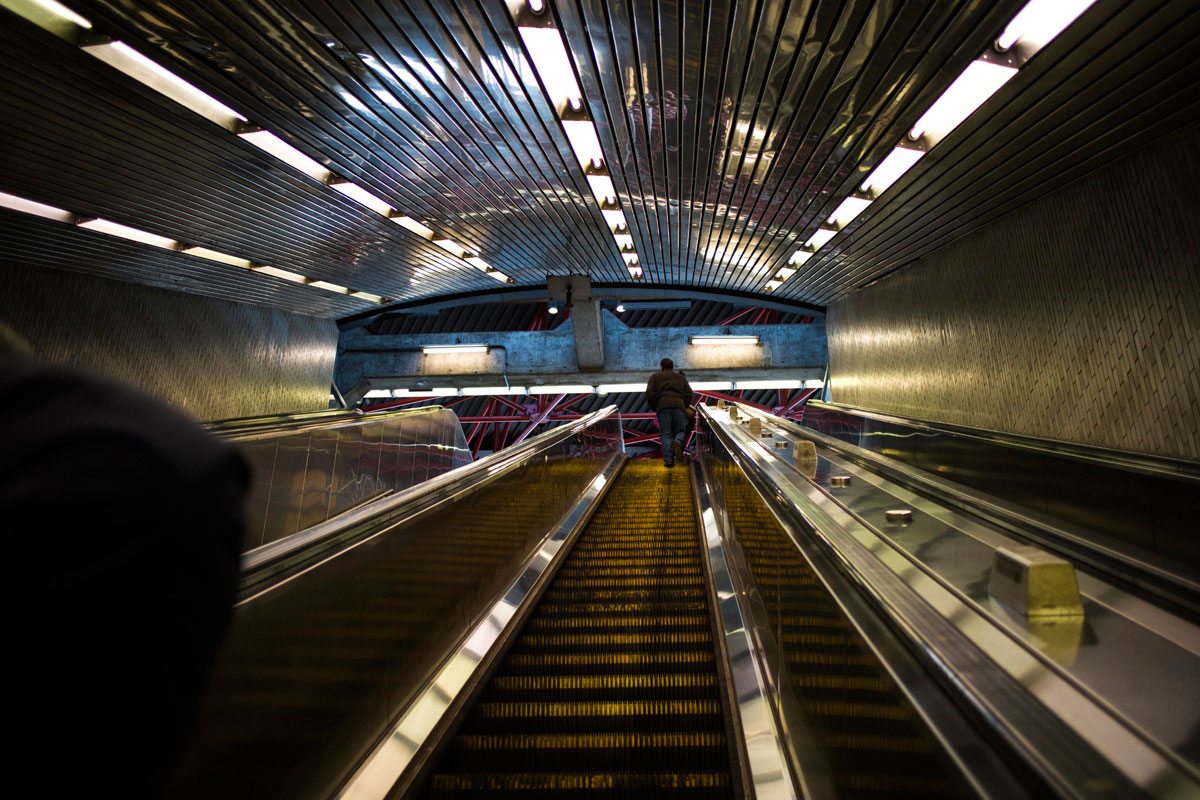 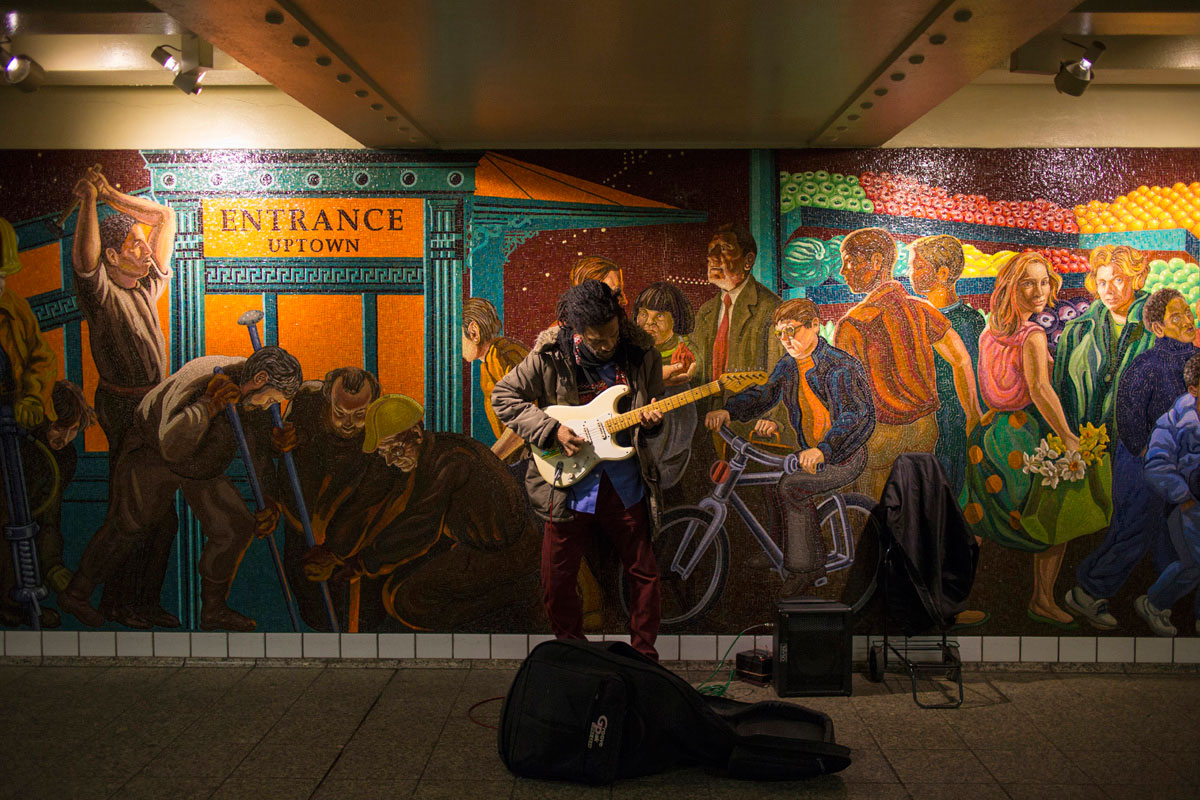 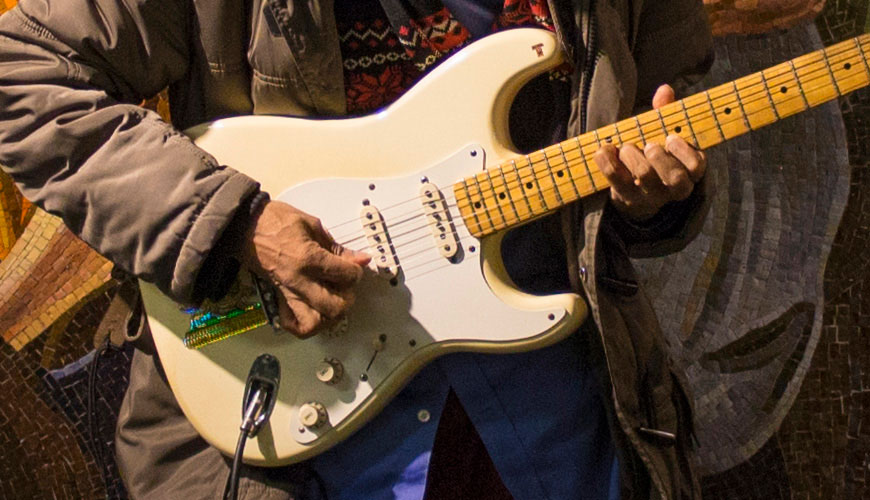 What I loved the most was the silence of the mechanical shutter, up to 1/4000. It’s much quieter than any EOS DSLR and great for churches, speeches, films sets, theater… all places the mirror slap can be disturbing. On the streets we can barely remember it’s a Canon 18MP APS-C camera, with the standard EOS image quality: silky smooth ISO100 files, high res, great colors. 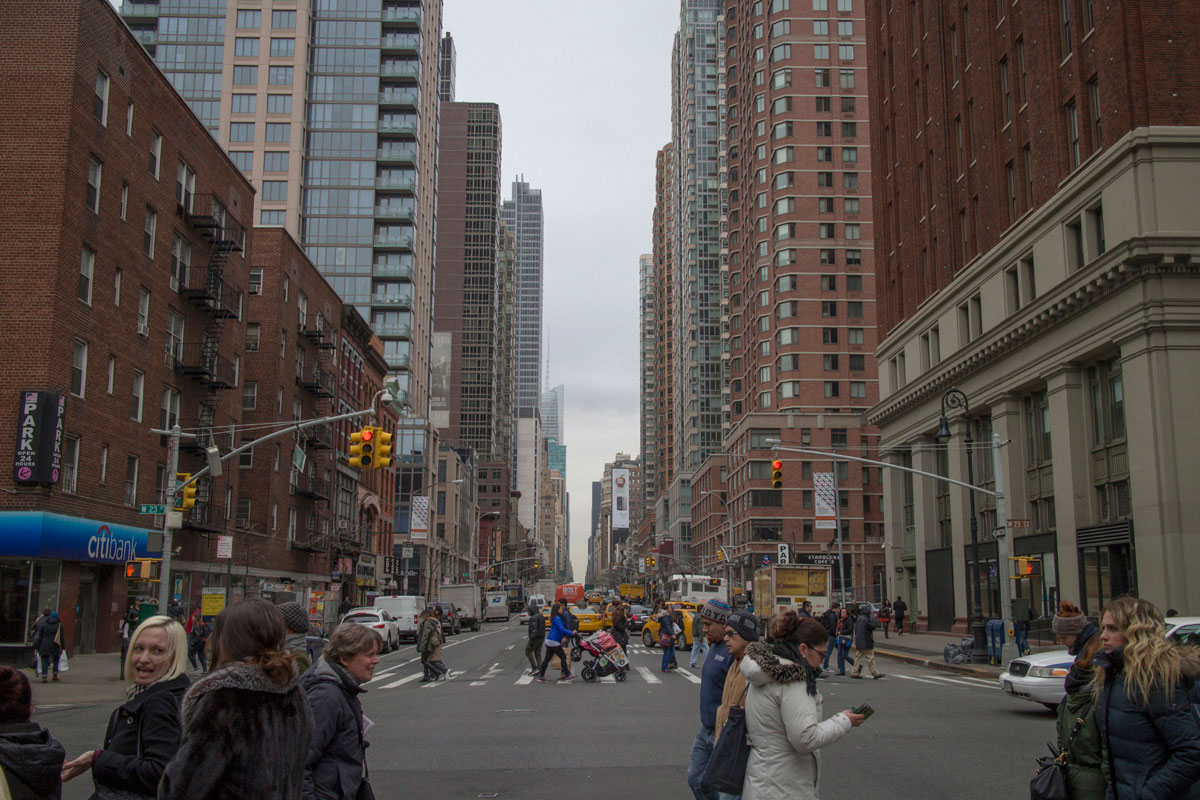 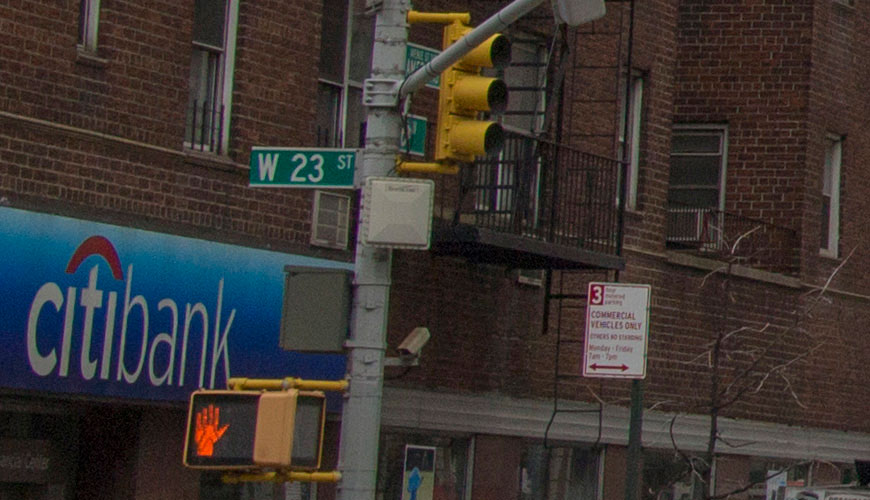 100% crop, resolution at the edge of the frame. 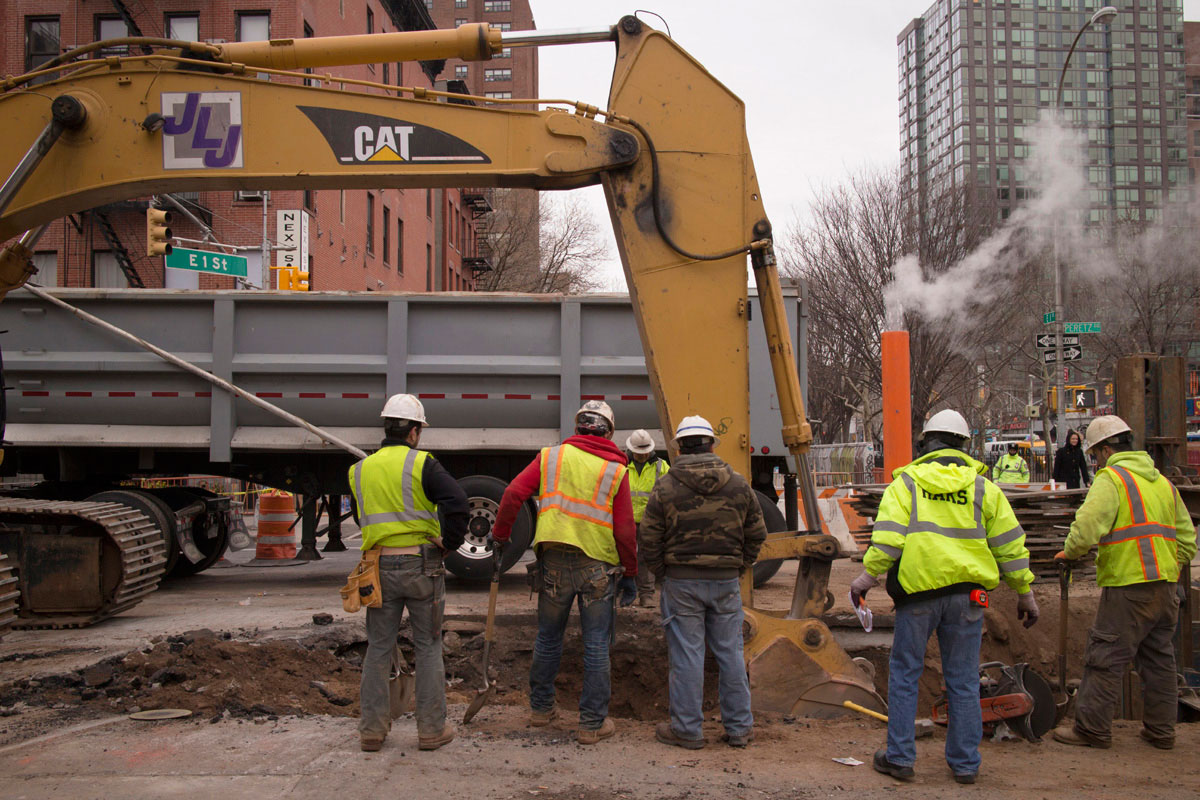 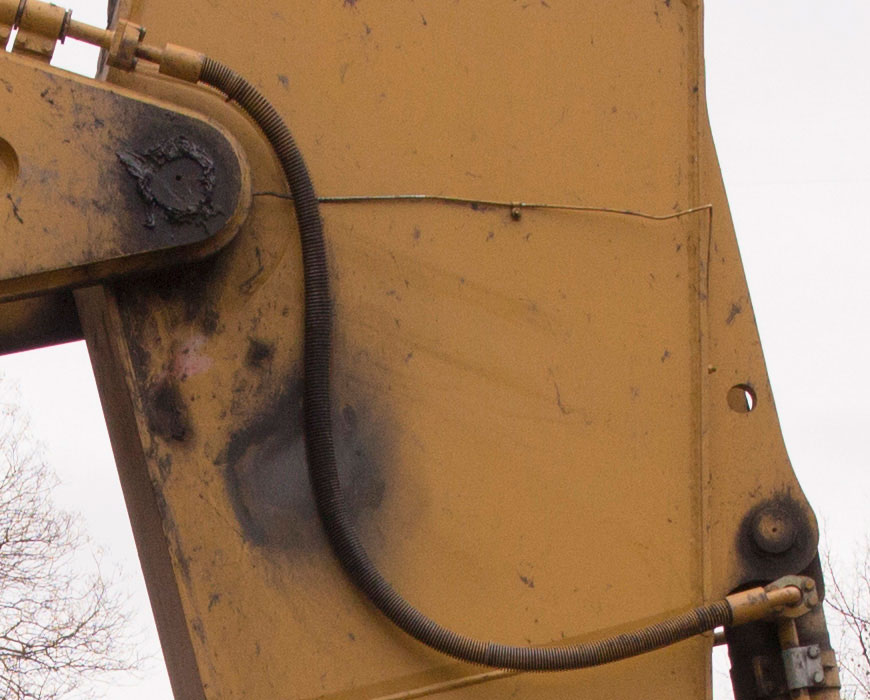 100% crop, details are impressive for such a small body. 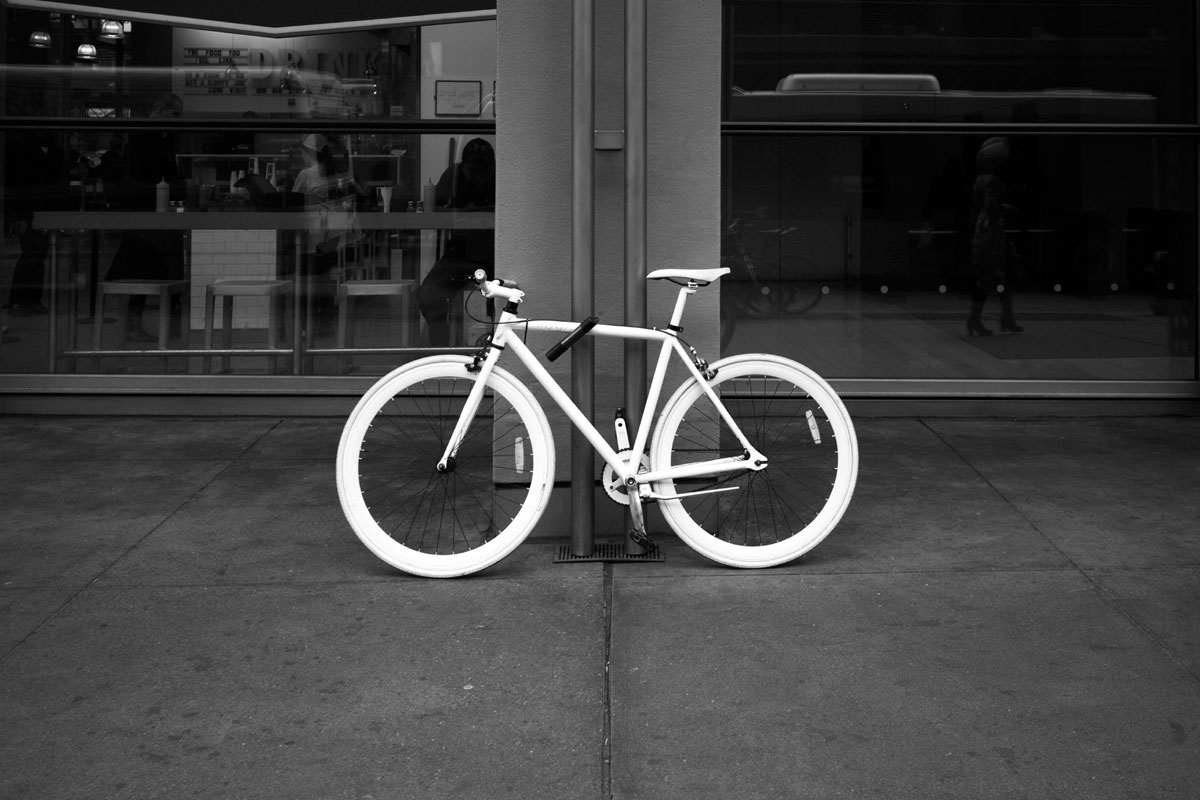 You know my style is very calm. I don’t shoot sports nor photojournalism. It wouldn’t matter to me a 1D-X with manual focusing lenses. I take my time framing the shot, selecting the AF point, and shooting. But the EOS M is really tragic! Not because of the AF speed, but for its lack of consistency. Yes, the EF-M 22mm f/2 STM got me horrified about how slow it is, even running the latest firmware. The “Hybrid CMOS AF” phase detection tells the lens what is the first direction, and the contrast processor fine tunes it. It works well: it goes to the right position and then back and forth. 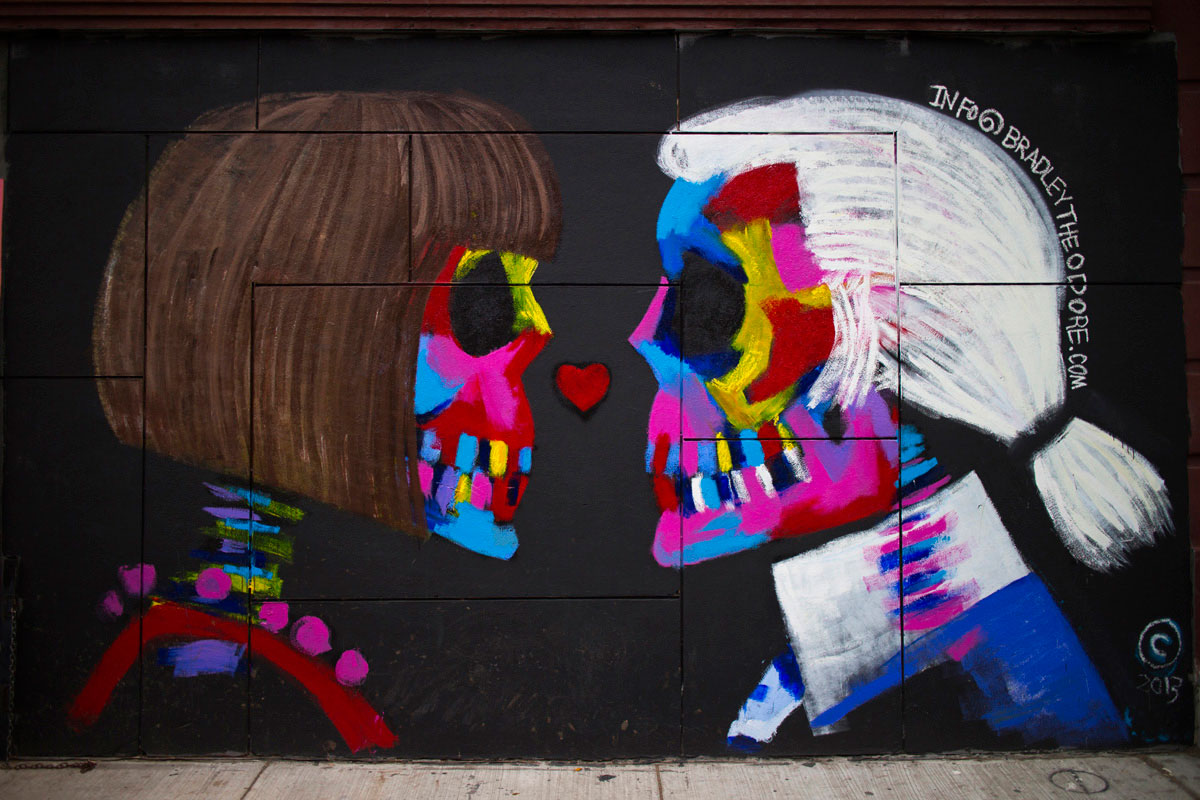 But once I got back home and mounted a “L” series with the EF>EF-M adapter, the M turned into a completely different beast! With the EF 35mm f/1.4L USM it is as fast as any entry level DSLR. It is very fast and precise, thanks to the Hybrid thing. So what is the problem with the EOS M AF? The entry level lenses or the camera itself? The firmware? Canon’s marketing department? We will have to wait for the EOS M2 to see some improvements, but for now any iPhone 5 focuses faster than the EF-M lenses. For some speed, stick to the adapter + EF L glass. 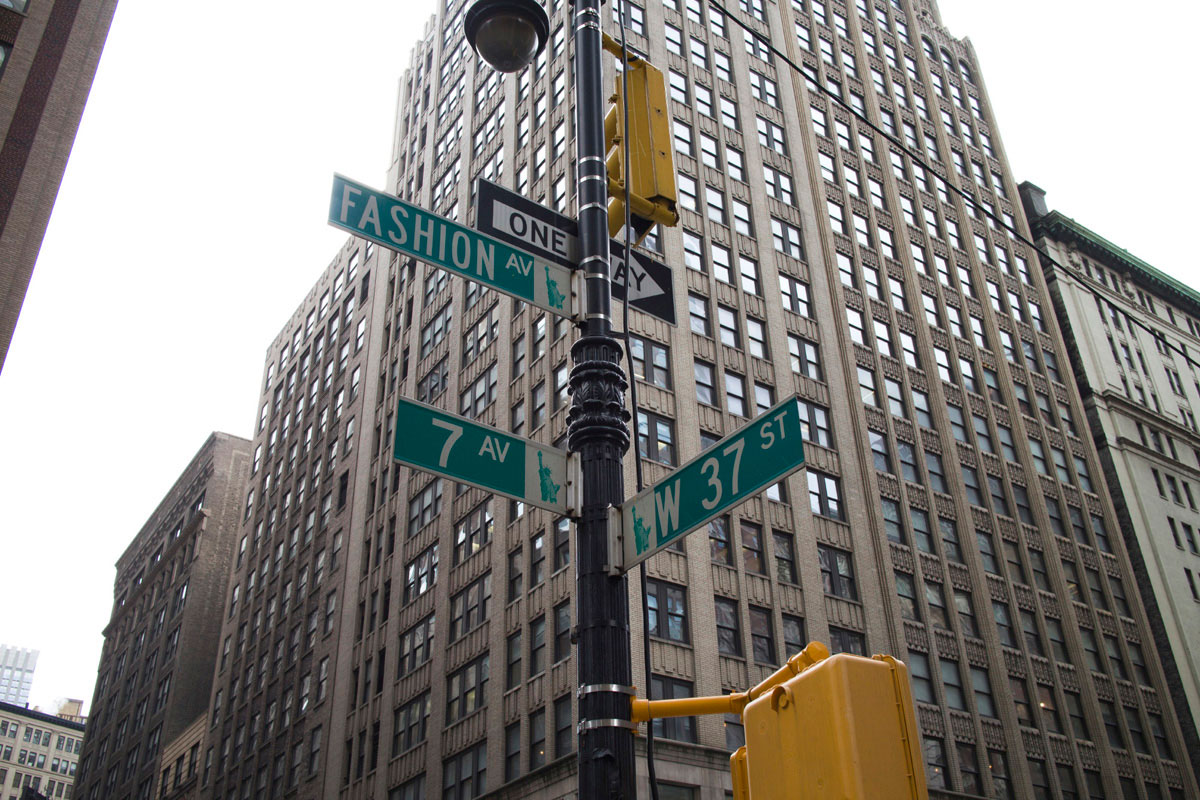 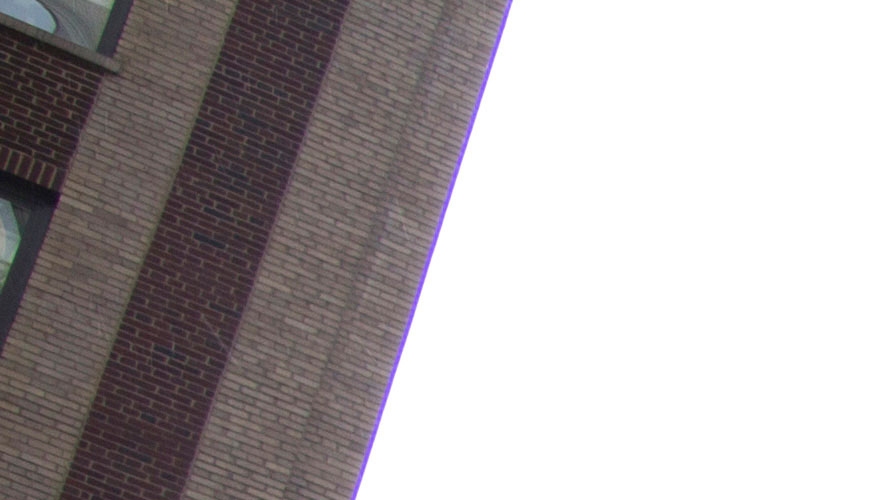 100% crop, this neon strip was not on the building…

The EF-M 22mm f/2 STM pleases with saturated photos, high contrast and personality. It looks a lot like the EF 24mm f/1.4L II USM with vibrant colours and pronounced vignetting under low light, focusing you attention to the center of the frame. Wide open its resolution impresses and it’s not that bad around the corners. But the lateral CA is bad and the bokeh is messy. It works as a cheap EOS M companion, but suggest some investment from the photographer for better image quality. 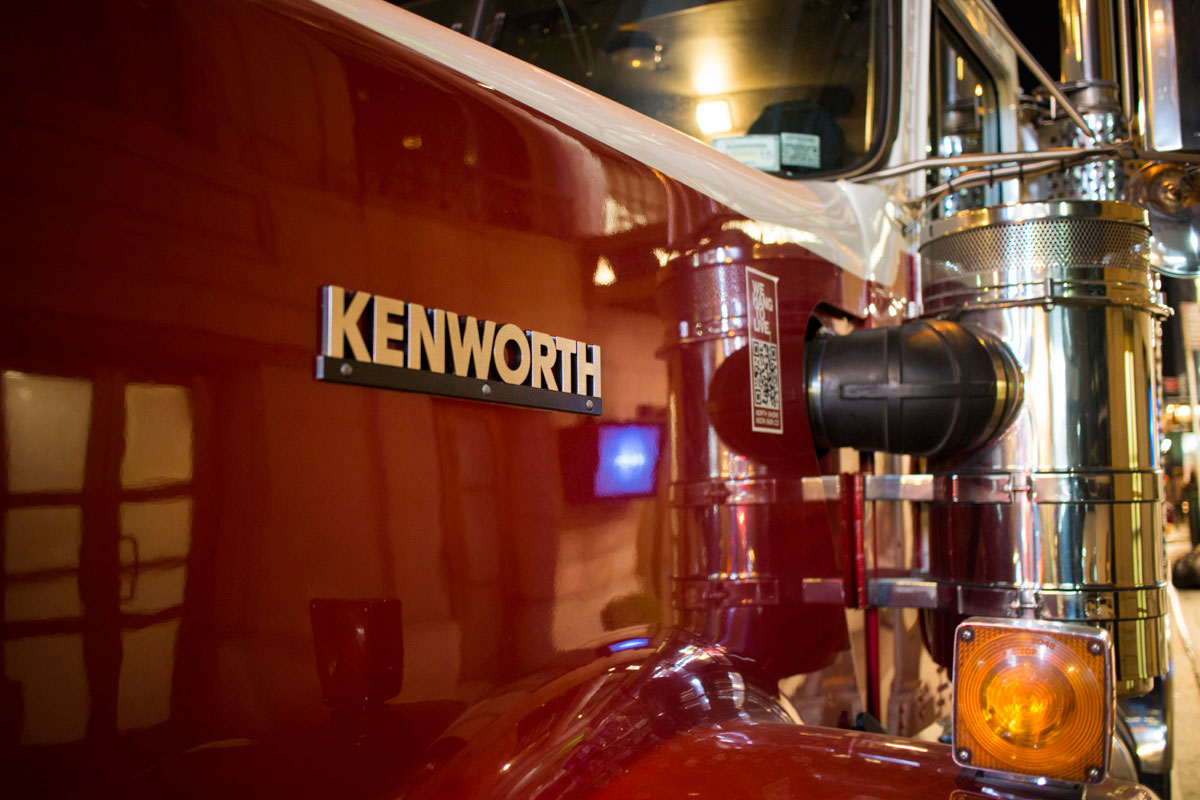 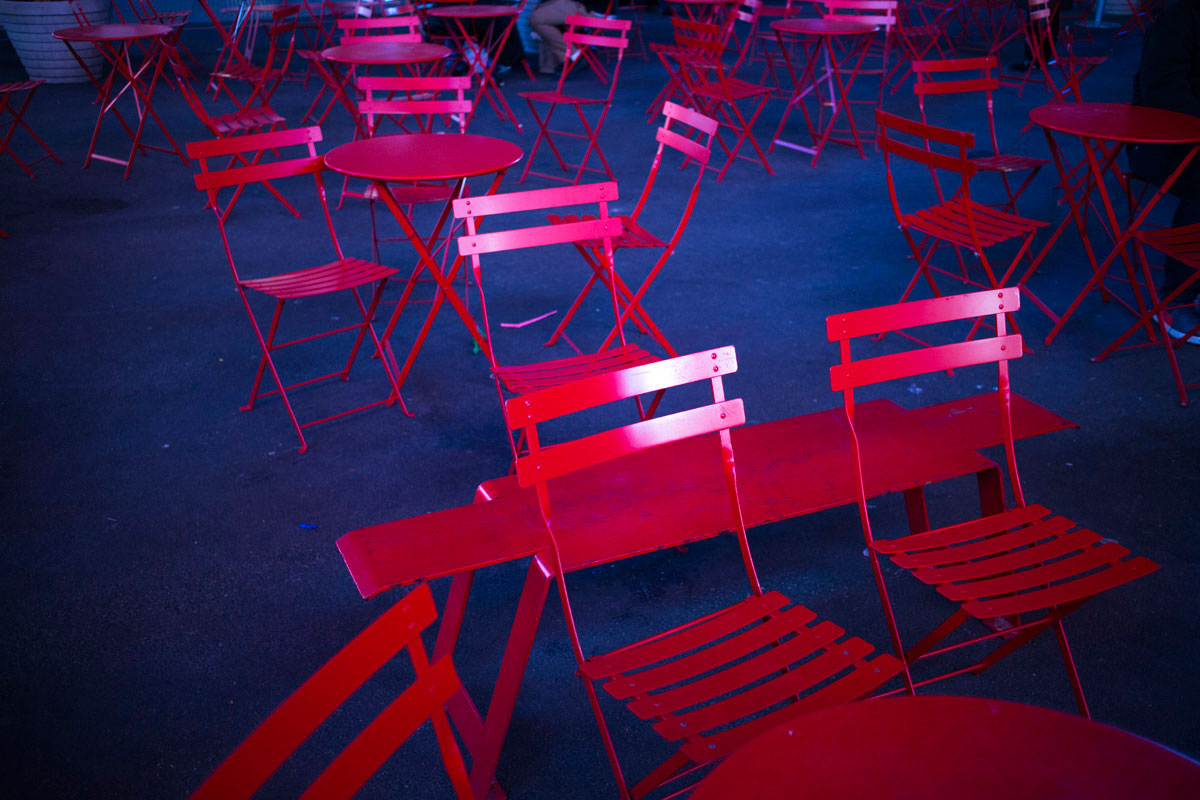 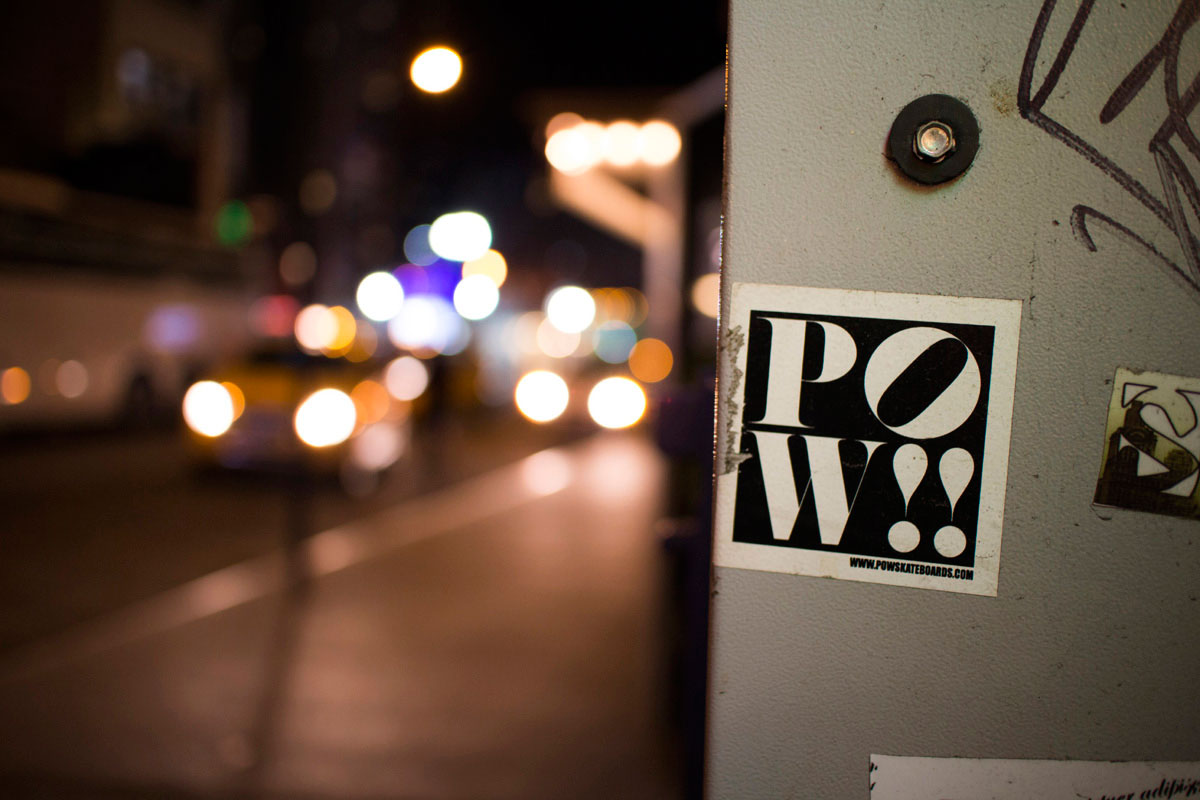 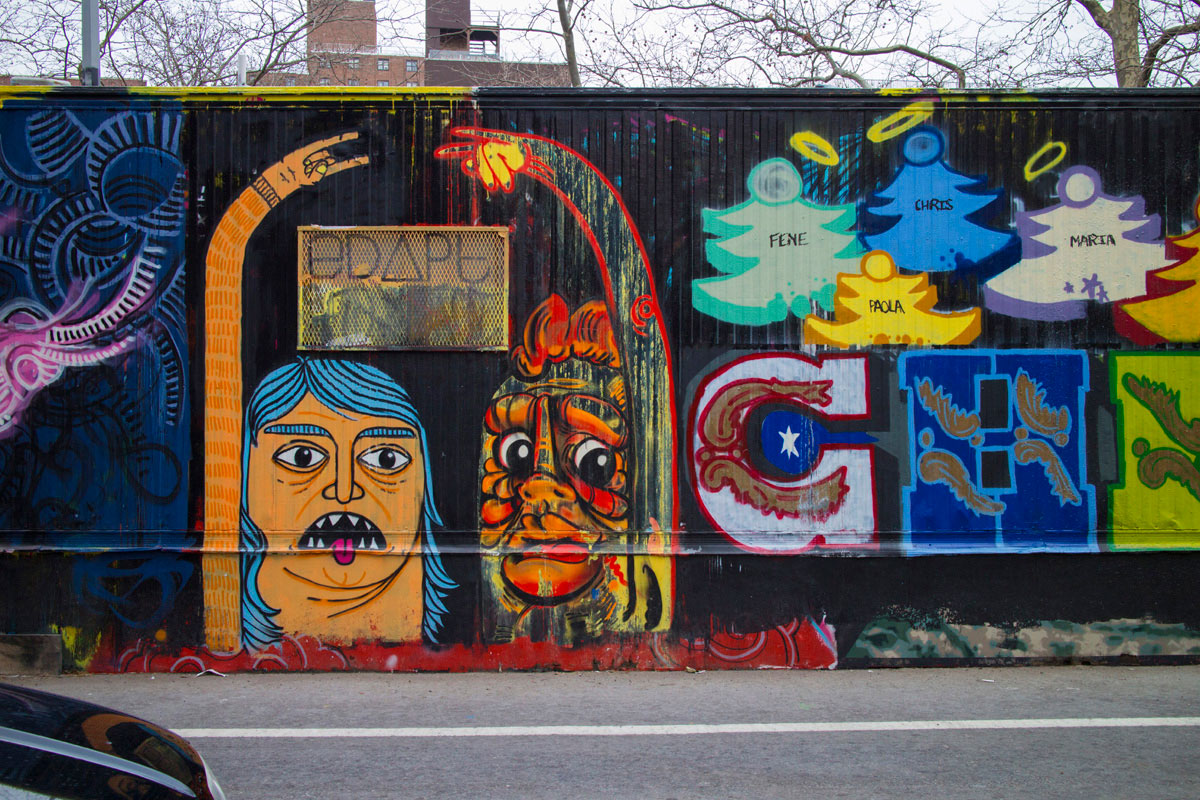 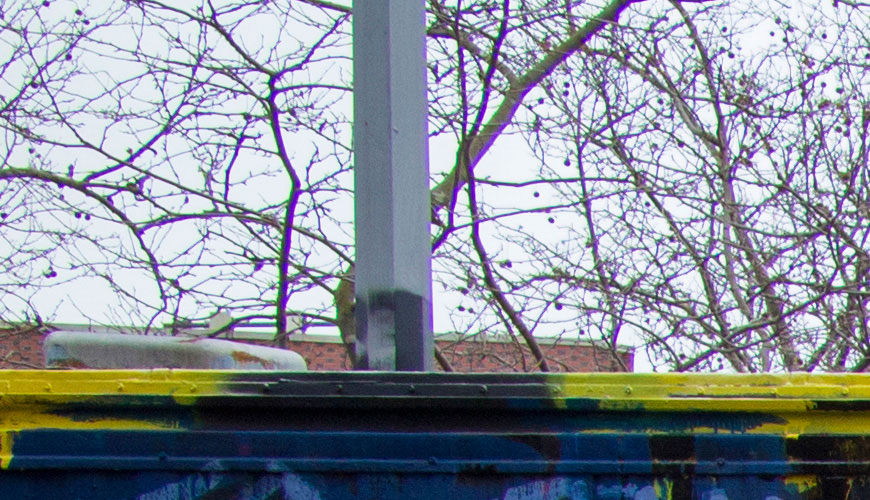 100% crop, strong lateral CA by the edges of the frame.

The M is an interesting EOS product but with fatal flaws. On the good side is the same optical possibilities of any other APS-C camera: large sensor, high MP count for big prints, it will accept your EF lenses with an adapter; and every manual control you asked for. But the dubious AF performance, touch controls and the adapter to really be part of the “EOS family” probably will piss most buyers off. Will it replace your T4i? It depends. I took the time to workaround all its flaws and left my 60D behind. The EOS M is classy, light, and does the same things. But if you insist in judging for what it’s not, just go for a larger camera… and the same pictures. Nice shooting!