May/2016 - The Fujinon XF 35mm f/2 R WR is Fuji’s newest X-mount prime lens. Part of the top XF line, it’s the best build and optical qualities the brand offers, on the same level as Canon’s L series. Announced together with the X-Pro 2, both APS-C and with a declared weather resistance (WR), it’s equivalent to a 53mm full frame lens, a bit longer than standard and perfect for those who usually crop their framings. Small, light and easy to use, it impresses me that Fuji don’t offers them as a kit. But for US$399 on an aspherical lens, it seems the perfect prime to push the 24MP X-Trans to the limit. They were my first experience on the digital Fuji’s, and this is what I found out. Nice reading! 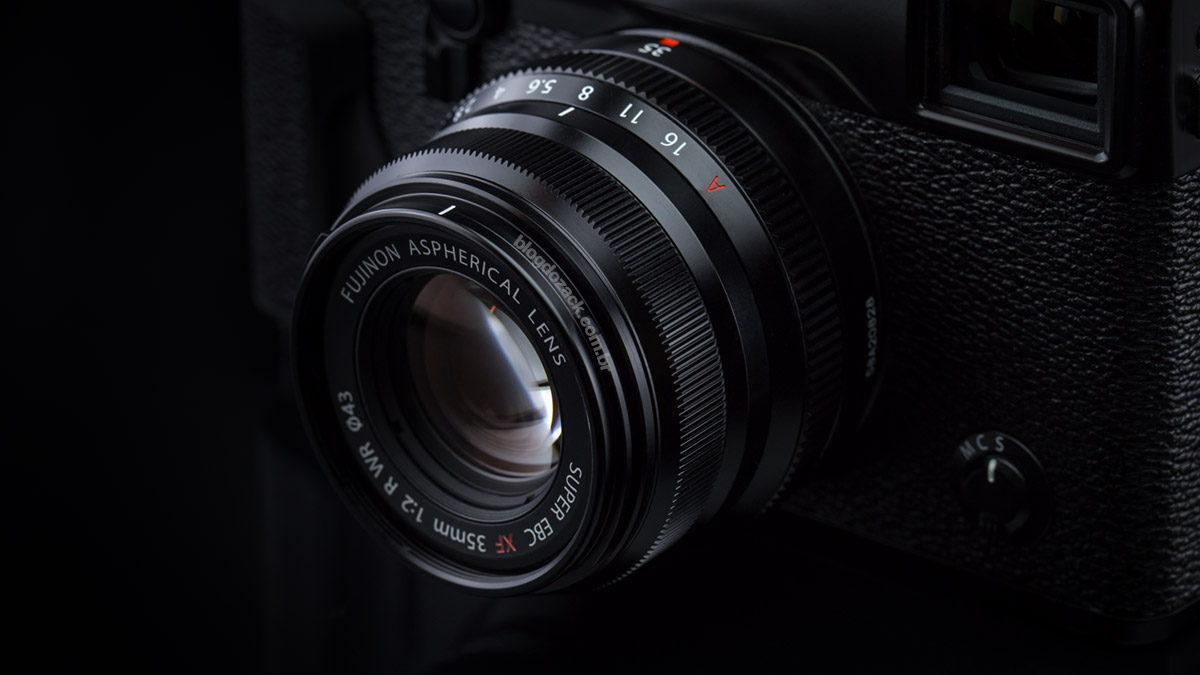 At 5.5 x 4.5 cm on the mount, 4.5cm at the first element edge with a ø43mm filter thread, the Fujinon XF 35mm f/2 is a match in heaven to the X-Pro 2. Both metal and both weather sealed, it’s Fuji’s 2016 idea for a “pro” street photography experience on the X-mount, both discrete with black finishing and engraved red and white letters. Although larger than the X100, it’s the price we pay for the native 35mm; on the smaller the camera the Fujinon used is a wider 23mm f/2. Beautiful to see, the Pro2+35 actually worries me about it’s durability: any bump or scratch will be forever, different from newer plastic Canon and Nikon’s, even the best ones. This Fuji is not meant to be treated with carelessness, but will look good with a leather casing complimenting your #hipster #lookoftheday. 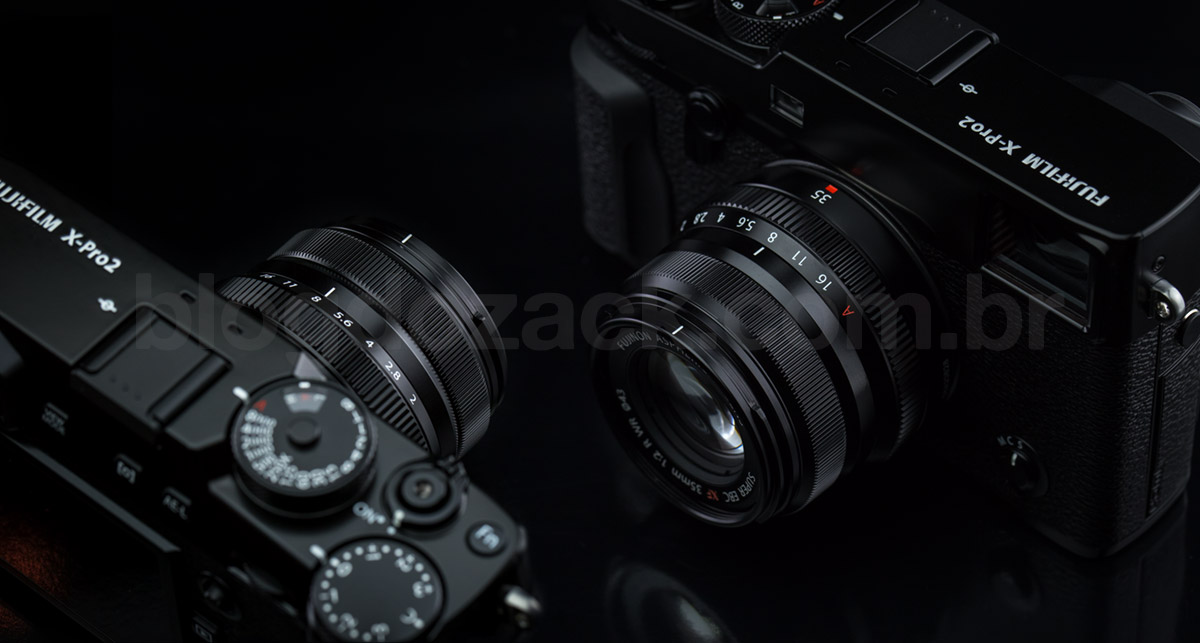 In your hands the ergonomics are perfect with a layered design that gets thinner at the front. There isn’t much to grab on to: the palm of your hands must support the camera and just your fingers lay on top of the lens rings, different from most heavier f/1.4 that requires your hands support. The X-Mount is sturdy and with no play, followed by the electronic aperture ring. This ring is a non-rubberized metal piece, that can get slippery with your sweat. But I had no issues using it, with firm full stop clicks (f/2, f/2.8, f/4…) and lighter 1/3 stops clicks (f/2.2, f/2.5…). However the Auto position is bad IMHO: together with the f/16, it’s impossible to reach the f/2 quickly when you want to use it. It would be best to have two Auto settings, one on each side of the aperture ring. 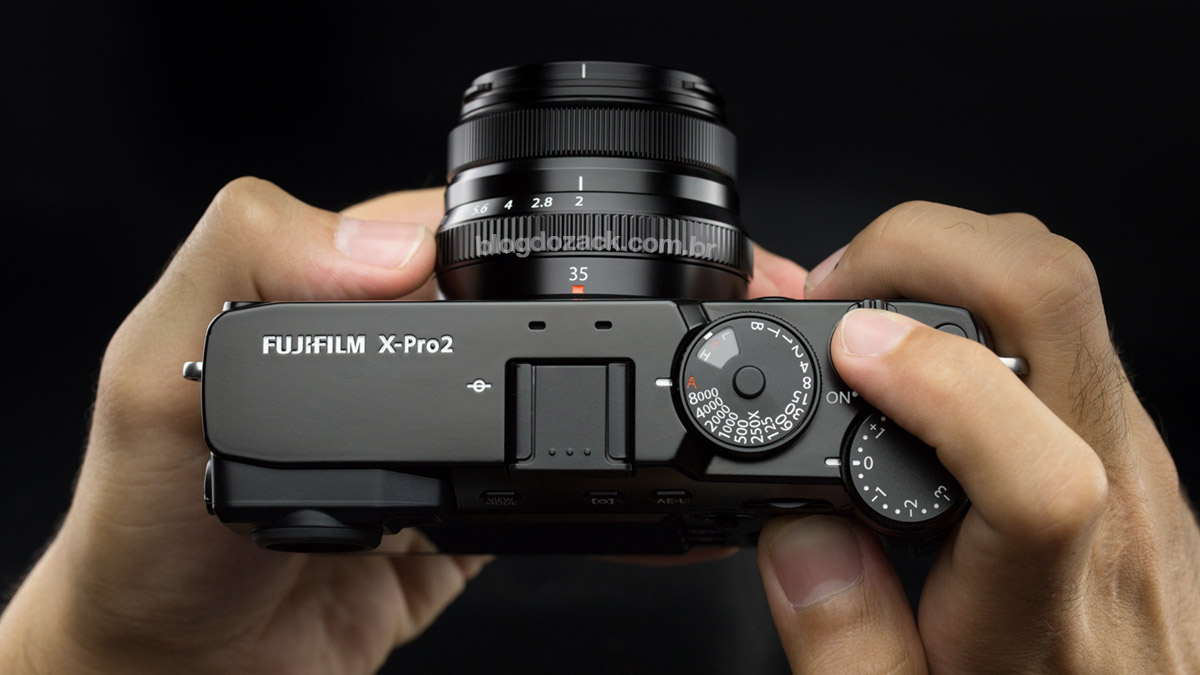 At the front the manual focusing ring is also made of non-rubberized metal. It’s smooth to the touch and well damped: not too light as Canon’s STM, nor too heavy like some Sigma Art. And it’s another electronic ring: you must set the camera between AF or MF, as there’re no buttons on the XF35F2. Again, it works but it’s not the same as a mechanical ring. Those recording videos can forget about adapting follow focus gears. Its movements are disconnected from the lens interns, and there’s little precision to the adjustment. You’re better off with the auto focus, that’s silent and fast, at least with the Fuji X-Pro 2: press the button and it precisely locks, instantly. 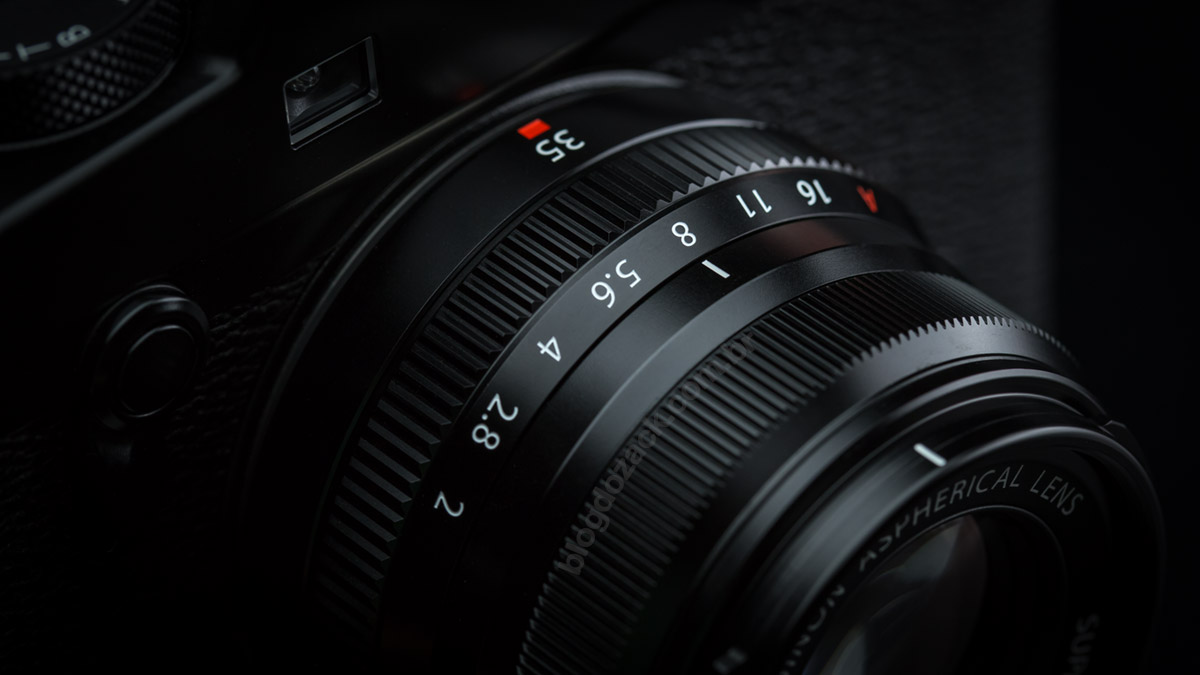 And that’s… It! With no extras like a stabilizer, Fuji’s “R” moniker stands for the aperture ring, and the “WR” stands for the declared weather resistance against water and dust. It comes supplied with a metal lens hood, that attaches to the filter thread; it’s impossible to use both at the same time. The metal mount is expected for a US$399 lens, and it all works with a premium touch. This is not your do-it-all, low cost chinese prime (hello, Yongnuo 35mm f/2!), but a well crafted, delicate precision tool like some swiss watch. Considering the images it can deliver, the XF 35mm f/2 feel just like that: a must have Fujinon jewel for your X-mount Fujifilm camera. 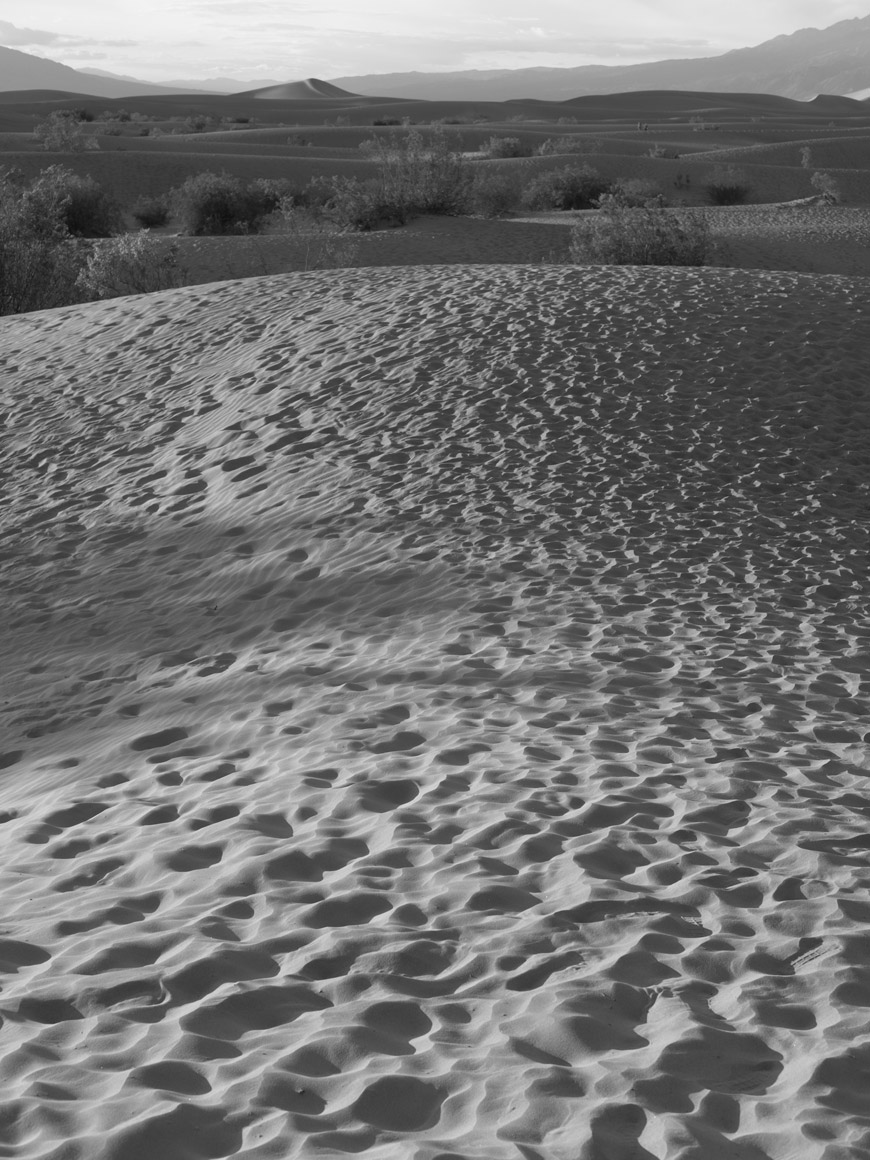 With a 9 element in 6 groups formula, two aspherical lenses, two low dispersion glasses and Super EBC coating, together with the “APS-C format + conservative f/2 aperture”, the XF 35mm R WR is an exotic lens to say the least: it’s not too bold in specs, but has plenty of high tech glass to deliver high quality images. Two aspherical pieces guarantee the edge-to-edge sharpness, mandatory on mirrorless cameras and its short flange distances. But the pair of low dispersion glasses are excessive: the aperture is not that wide to generate much optical problems. With so much oomph, it just delivers: it’s one of the best 35mm on the market for resolution and contrast. 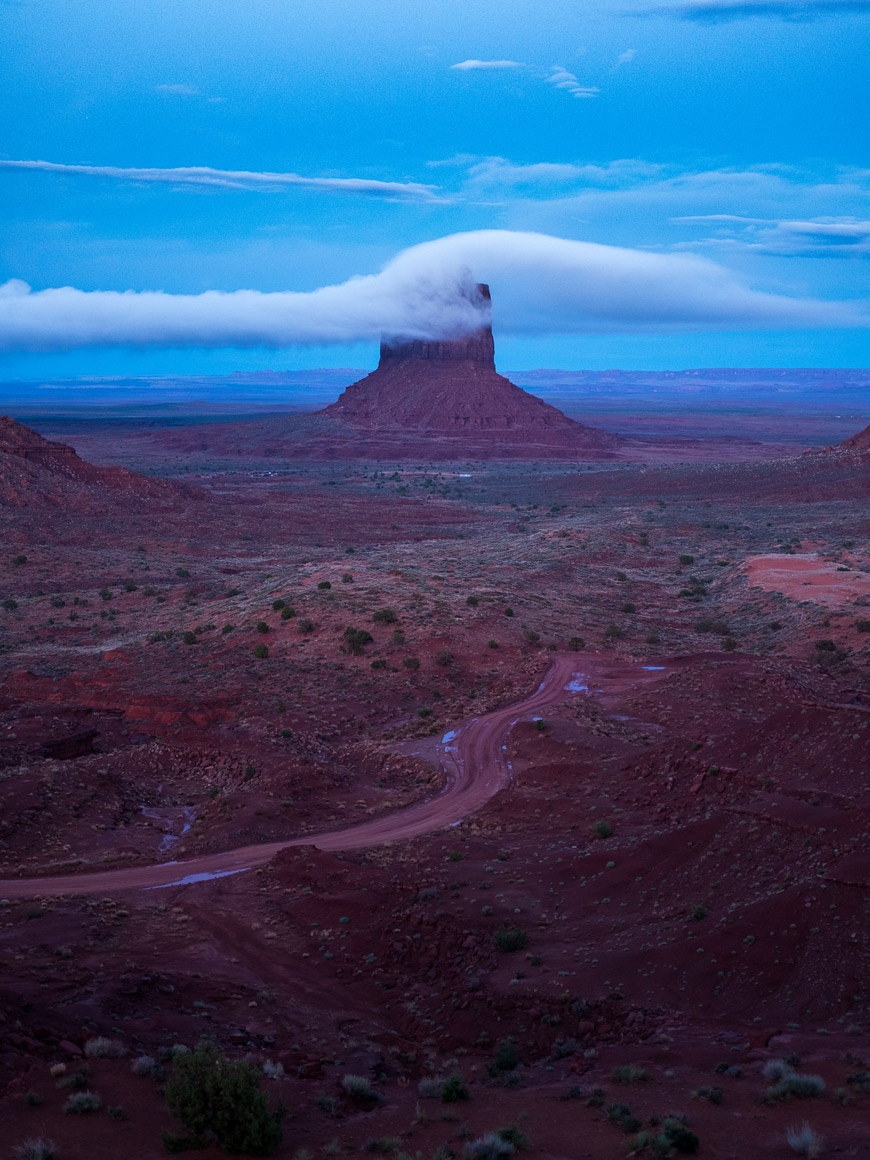 All positive things I said about the X-Pro 2 X-Trans CMOS III performance came without a disclaimer: that image quality was paired with the XF 35mm f/2 R WR. The high 24MP APS-C resolution doesn’t come from any lens: mounted with the XF 18-135, the X-Pro 2 delivers less details than an EOS T6i. It’s just when used with high end primes that the X-Trans shines, and this 35mm is one of them. When I mentioned “it’s not the bricks on a building’s facade, but the details on the curtains inside the windows”, I didn’t say it was wide open on the XF 35mm f/2. The resolution is high no matter the f/stop, and it becomes mandatory for all new X-Trans III Fuji cameras. 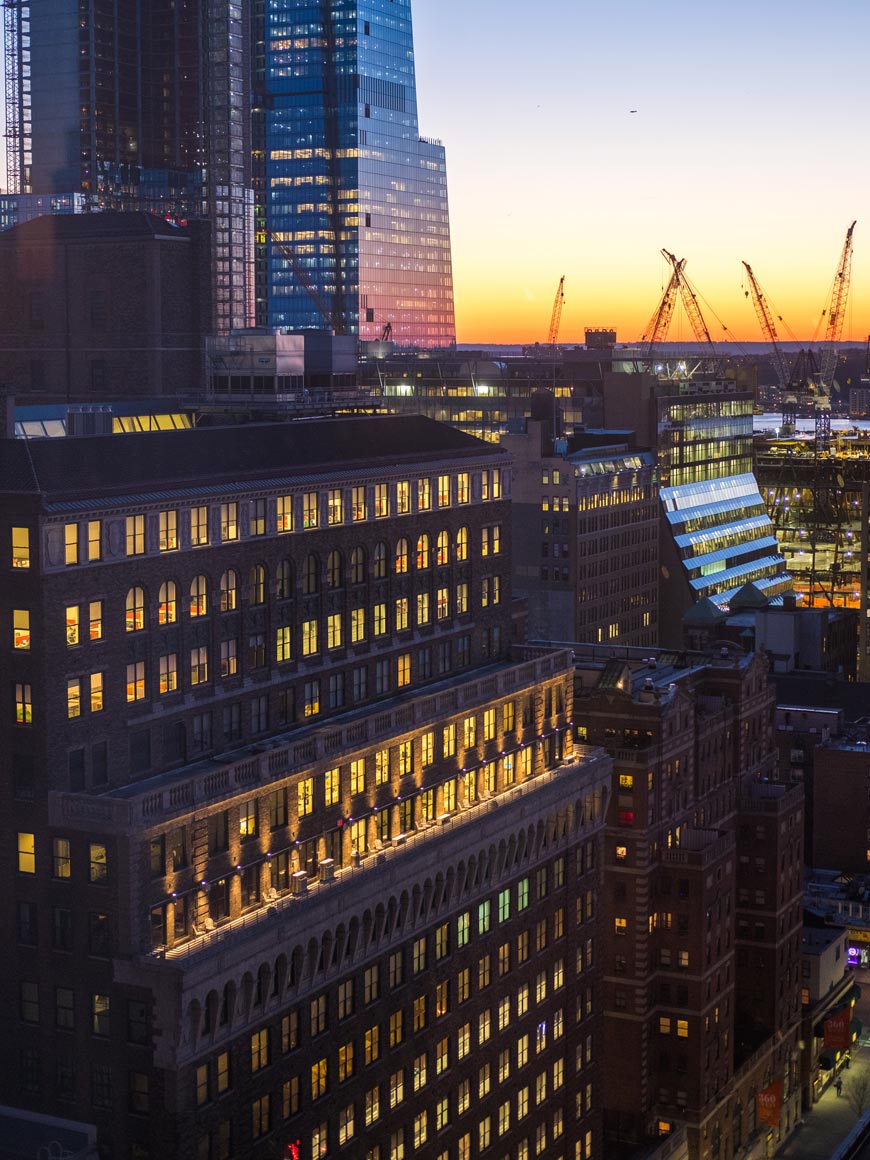 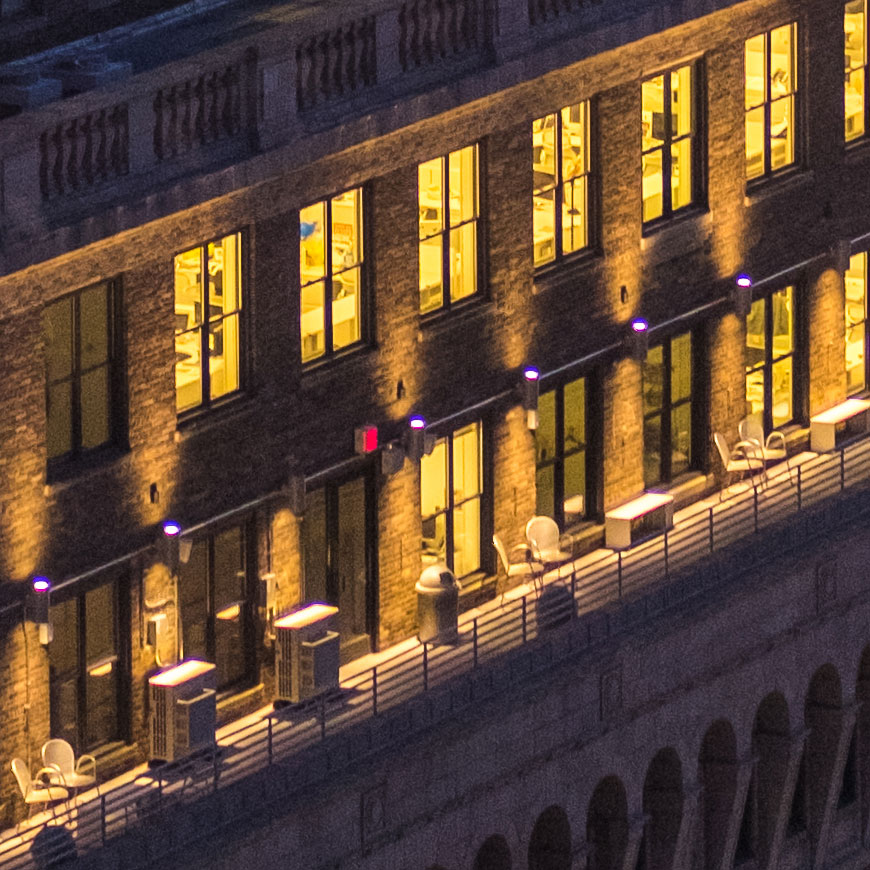 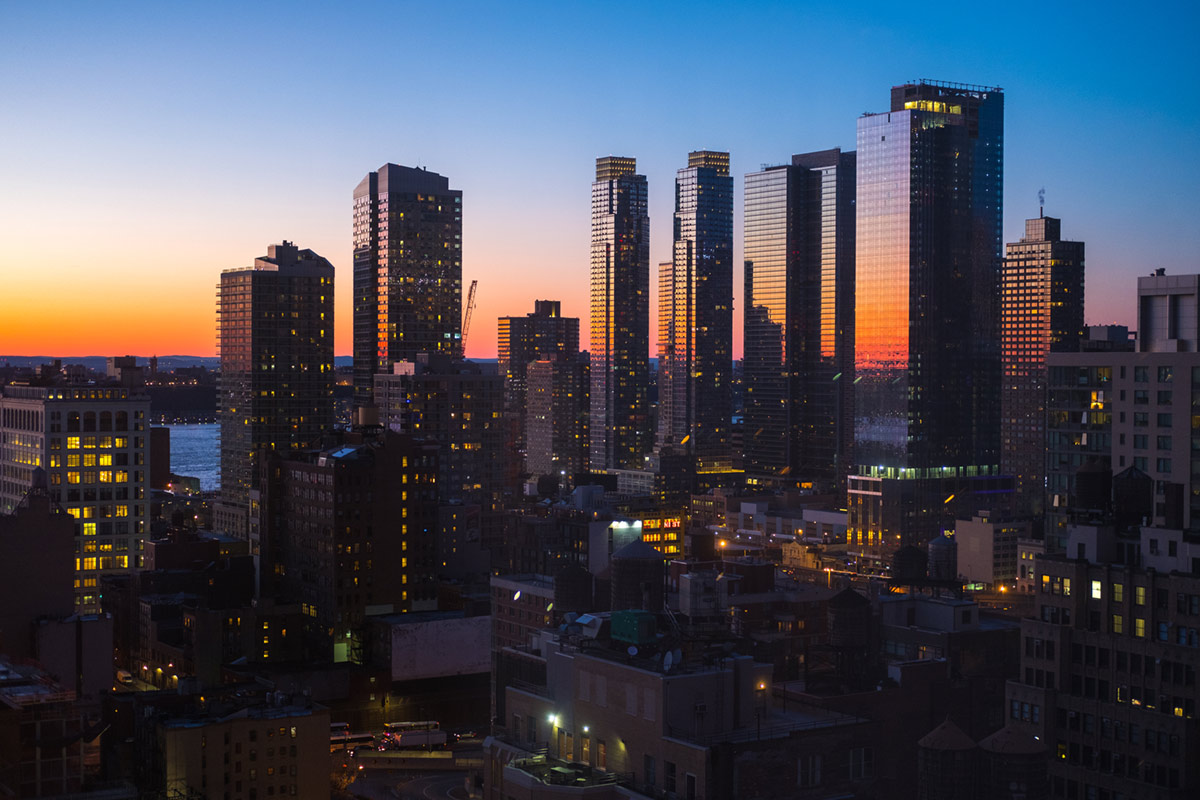 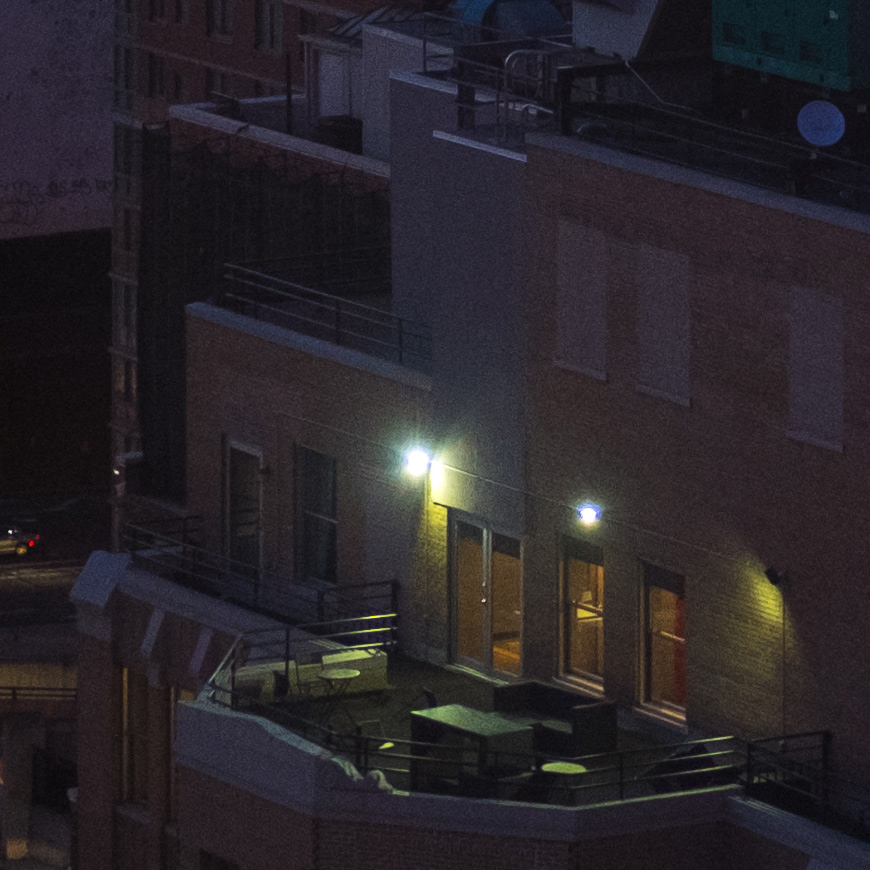 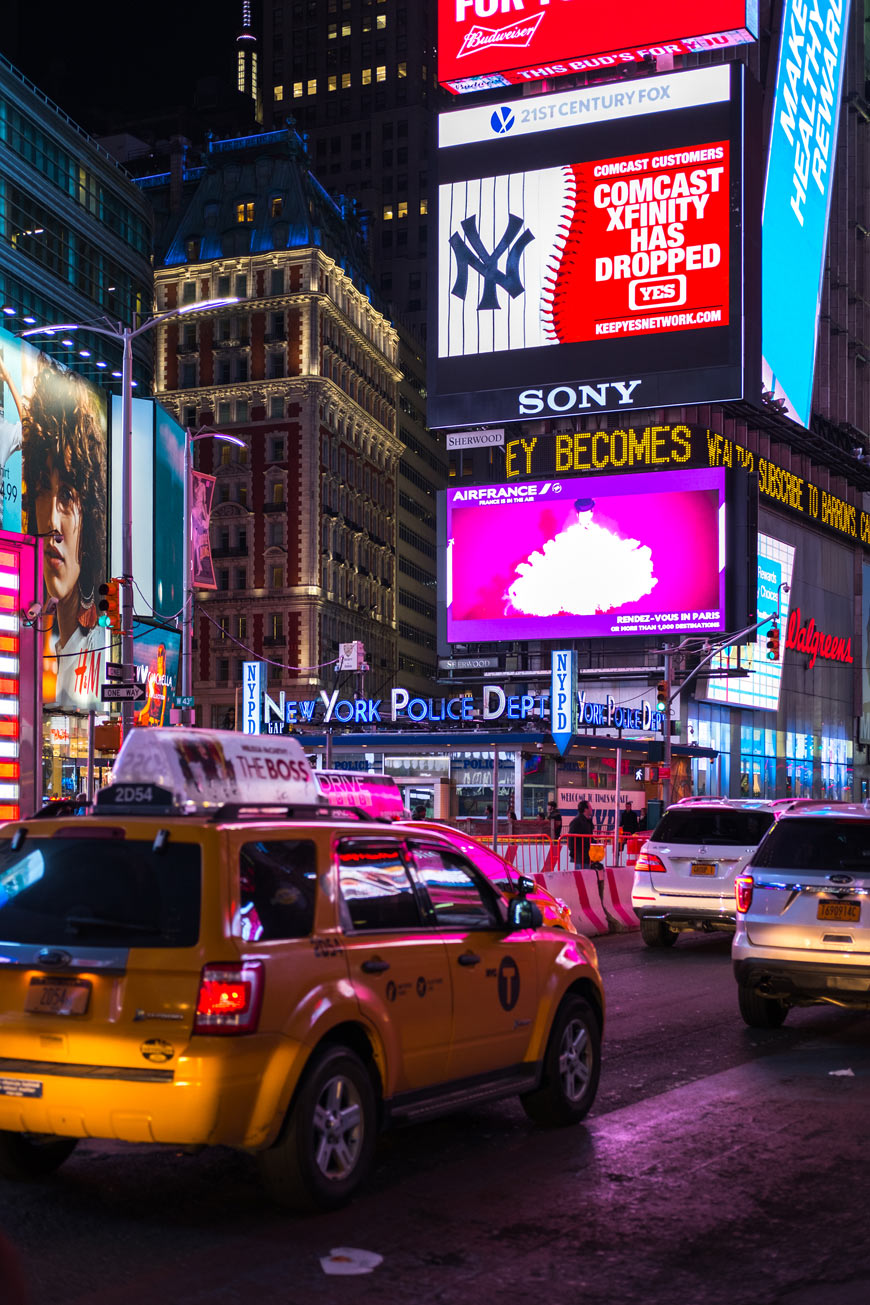 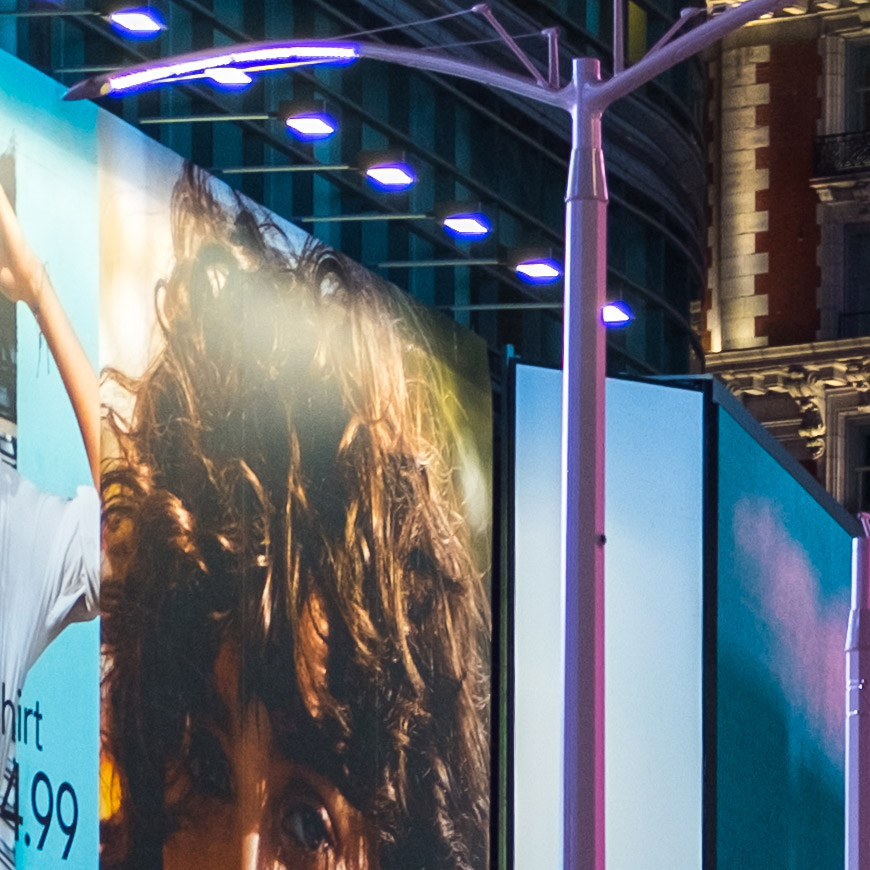 100% crop, some aberrations on bright light spots, but that’s it; the overall contrast is intact.

Stopping down to f/5.6-f/8 mostly squeezes the depth of field, that is not that thin at 35mm and f/2. Shooting Times Square at night was a breeze wide open without raising the ISO. It’s all sharp with little aberrations, just some purple fringing on bright spots of light, fixed only on the ultra high end Canon EF 35mm f/1.4L II with Blue Refractive Optics. But that lens buys four of these Fujinon, and it’s much larger and heavier. It’s an impressive performance on the X-mount that, again, justifies the Fuji as an companion to your DSLR kit: leave the bigger camera at home and go shoot with the compact X-Pro around the streets, more discrete but with the same optical performance. 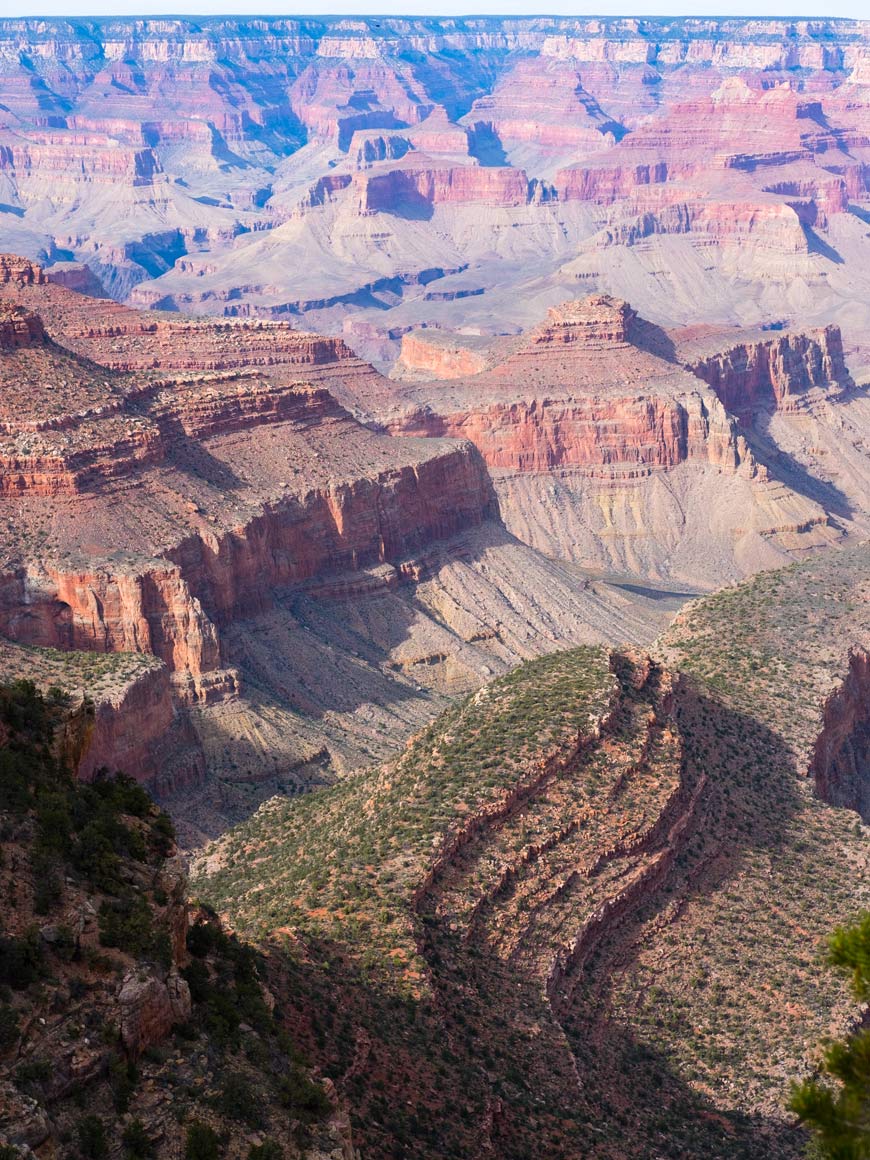 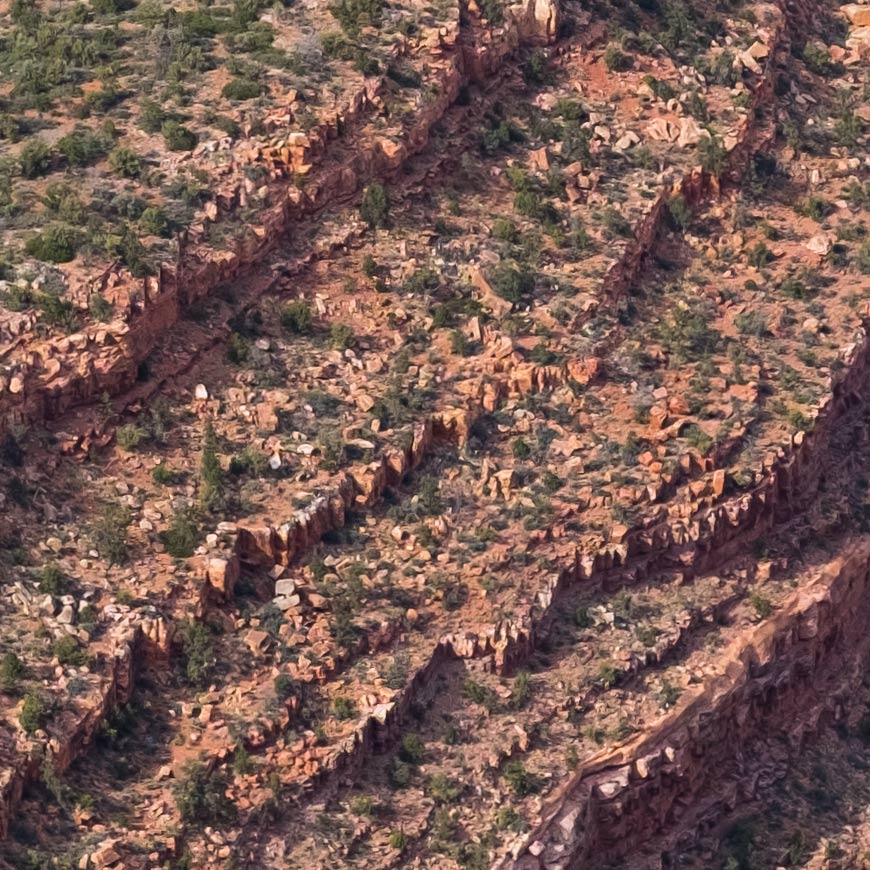 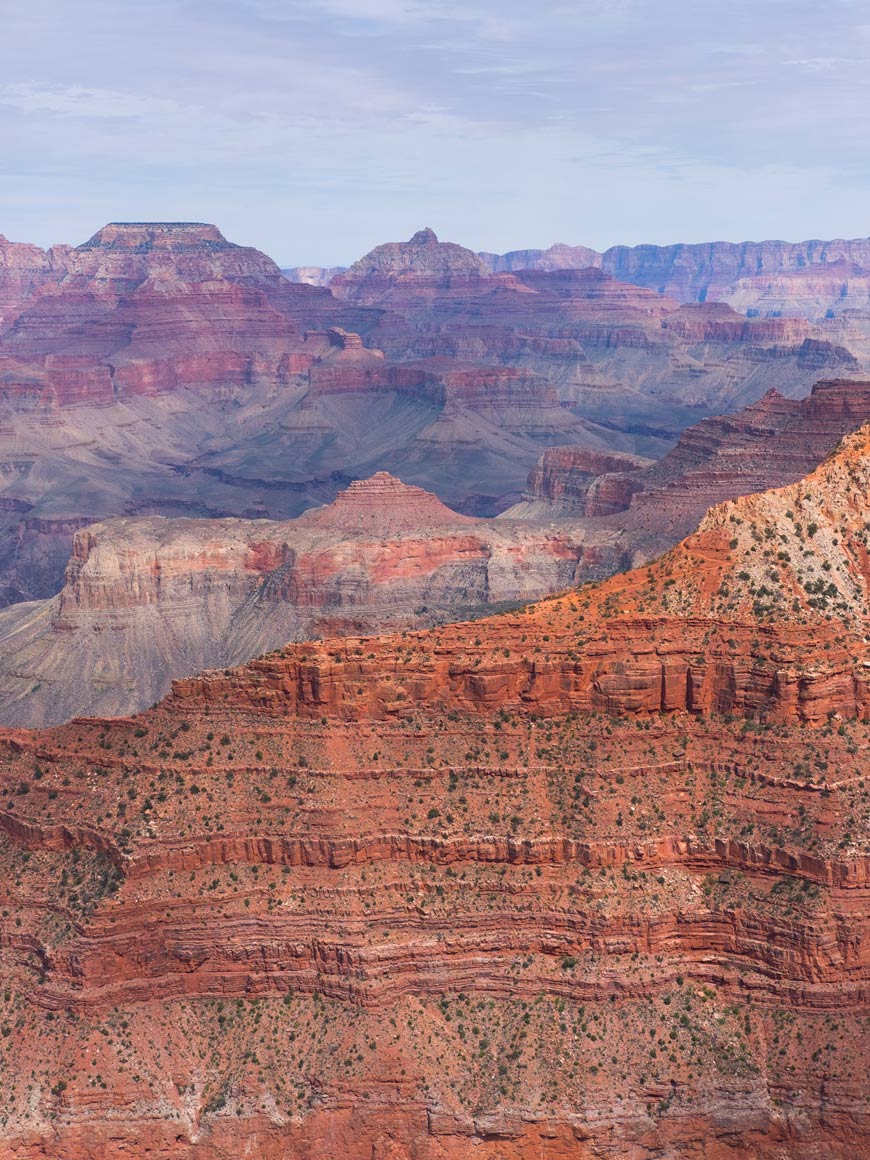 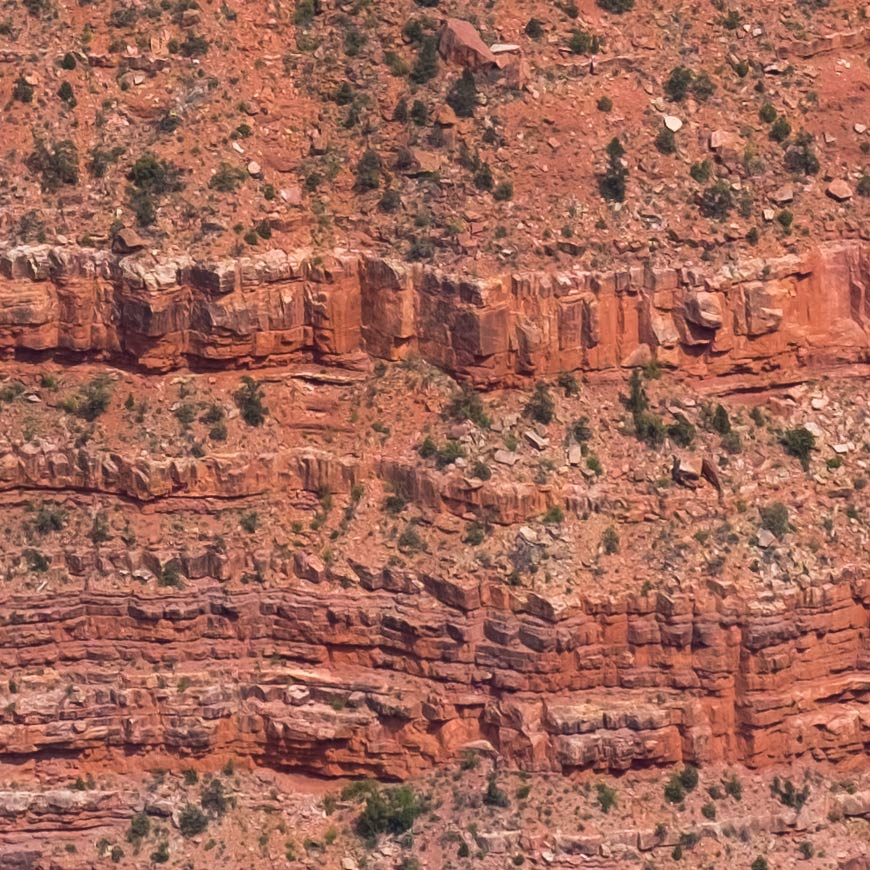 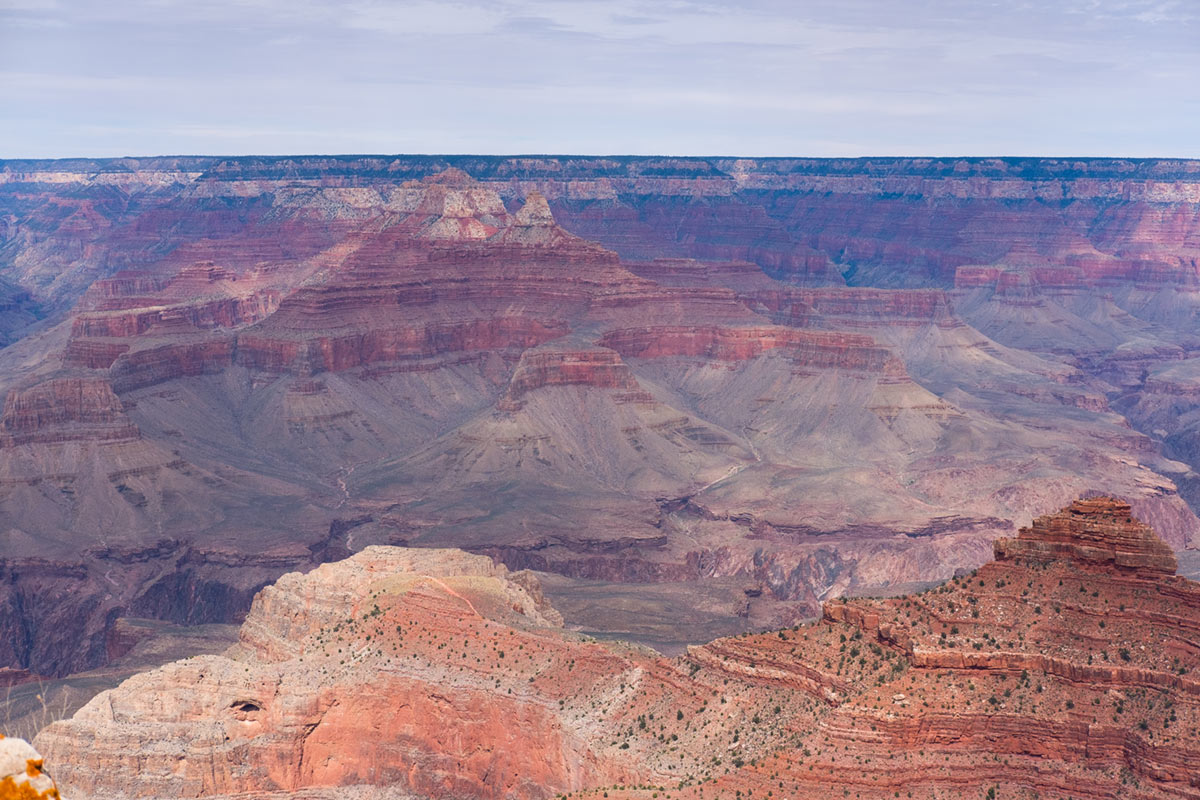 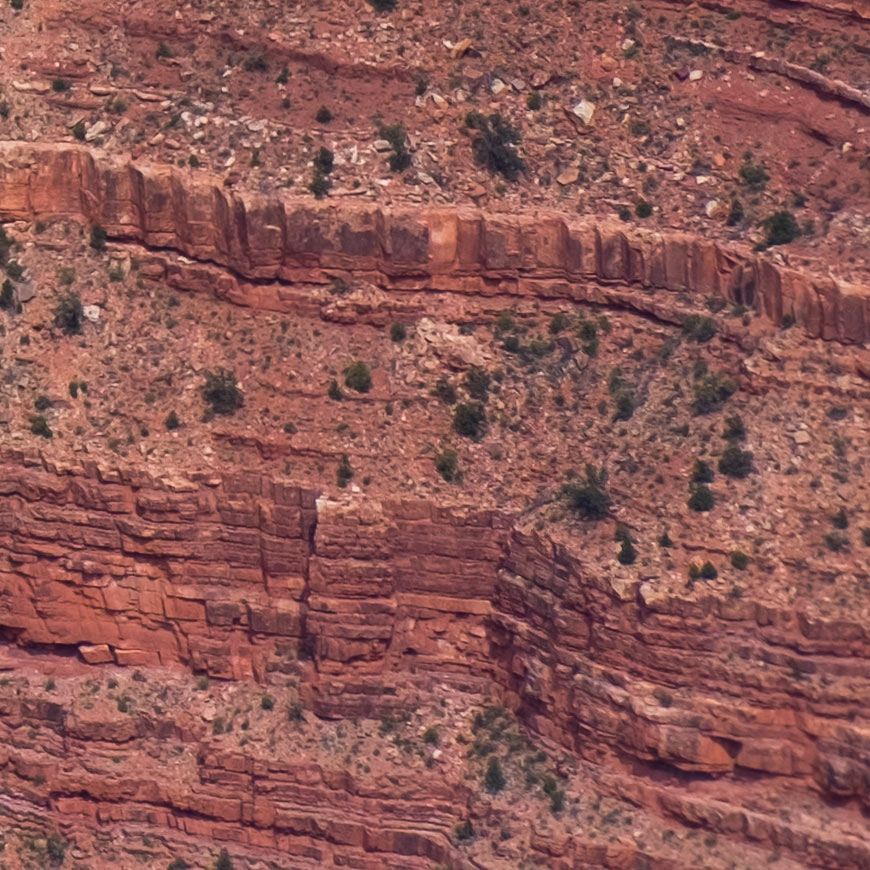 100% crop, some softness around the lower right corner, but it’s way on the corner.

Lateral chromatic aberrations? There’s none. Geometric distortions? It’s close to zero. The only drop in resolution is at the minimum focusing distance (35cm) when combined with the largest aperture, that lacks contrast due to some astigmatism. The lens just can’t focus that close and highlights scatter around the frame. It might work for some creative effects, as the images look dreamy. But it’s an extreme use of this lens: it’s not macro and you shouldn’t be treating it as such. If necessary, stop it down at least to f/4 to get back the perfect Fujinon contrast. 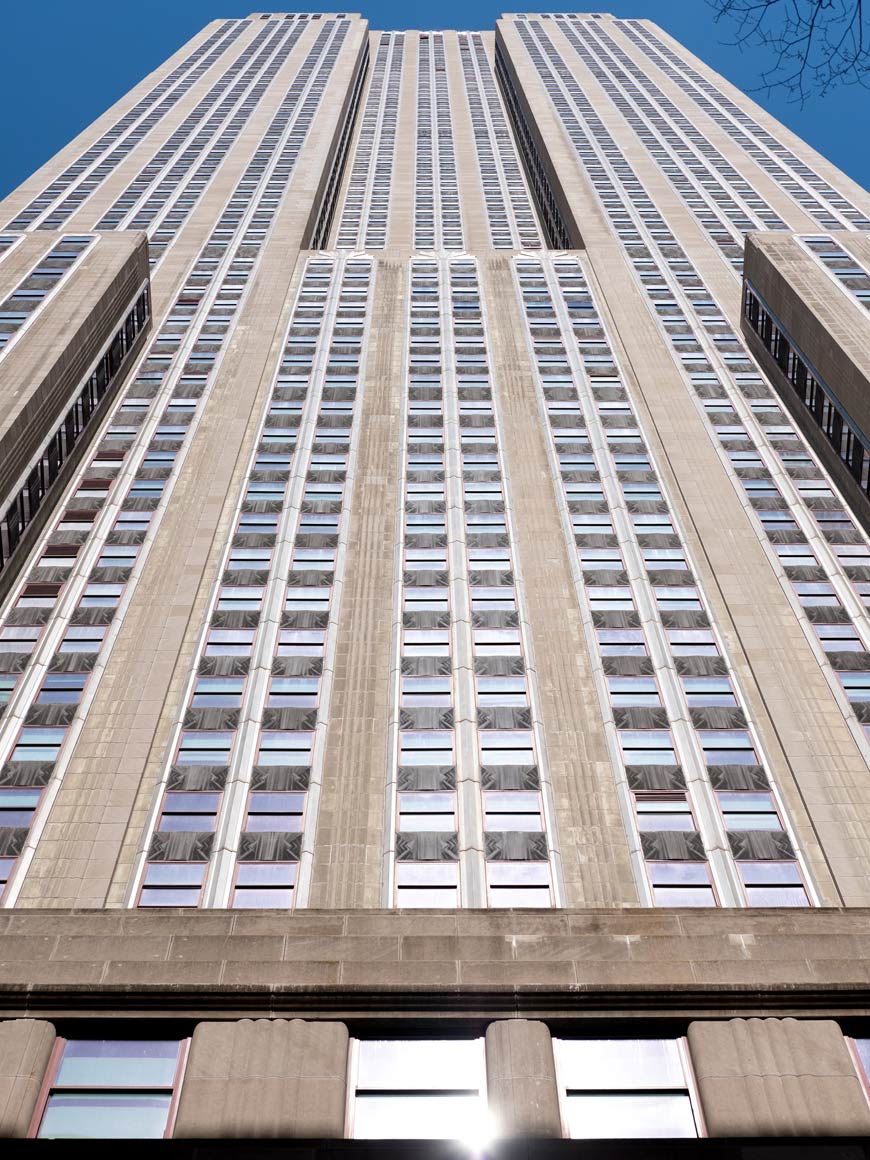 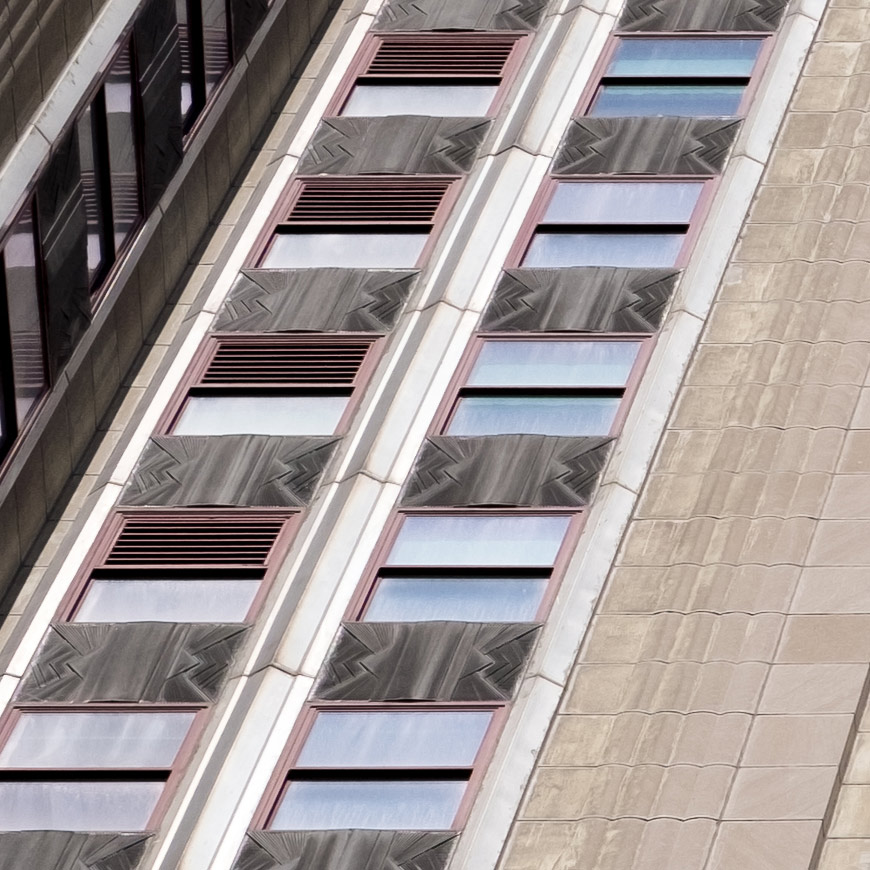 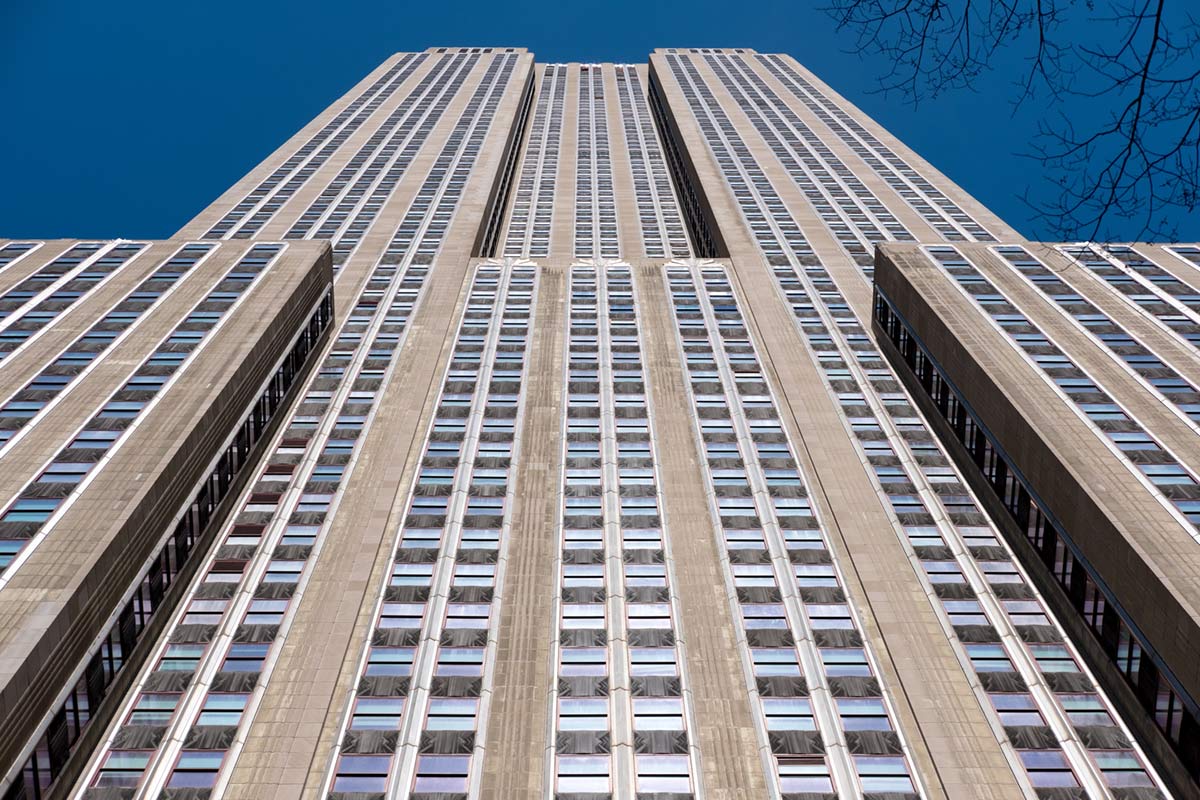 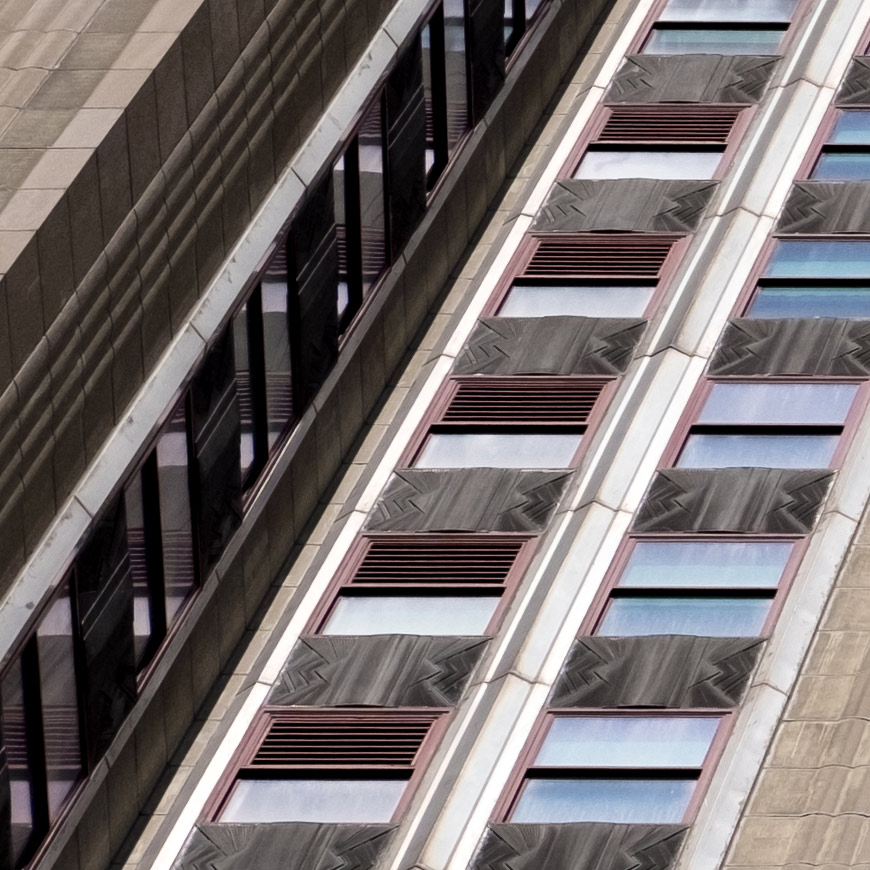 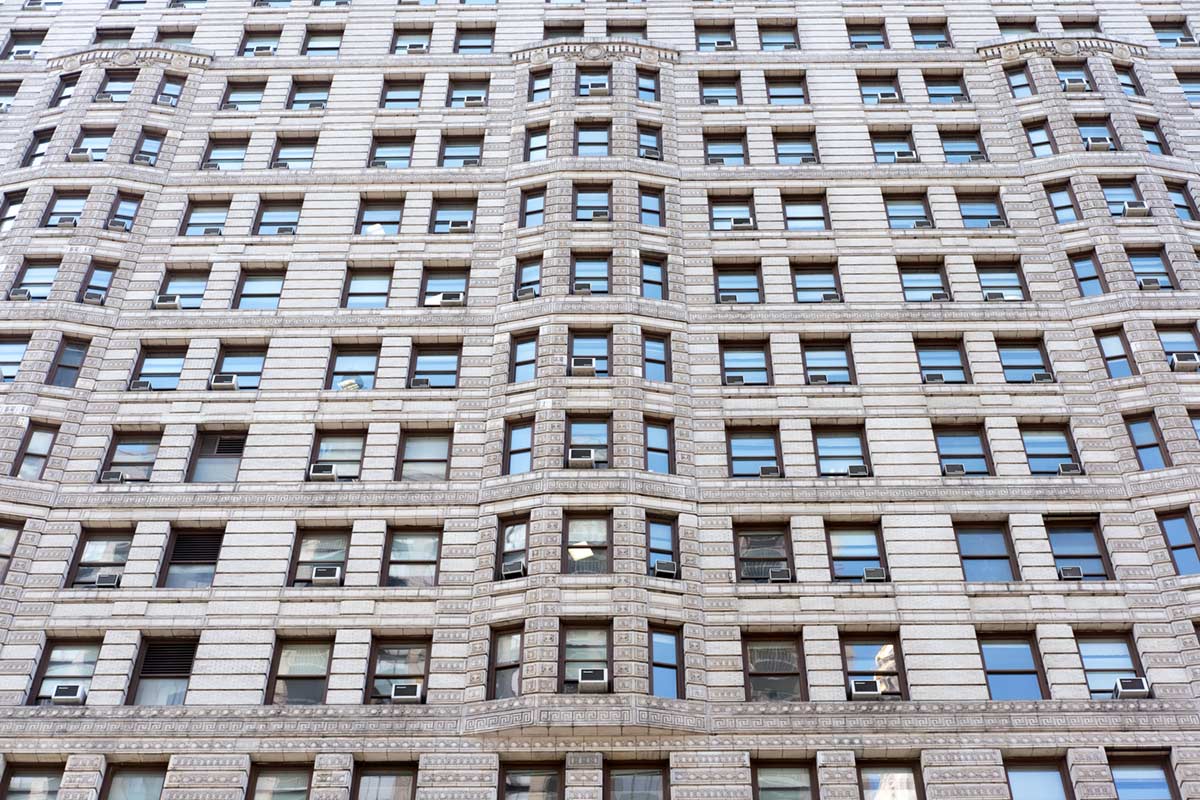 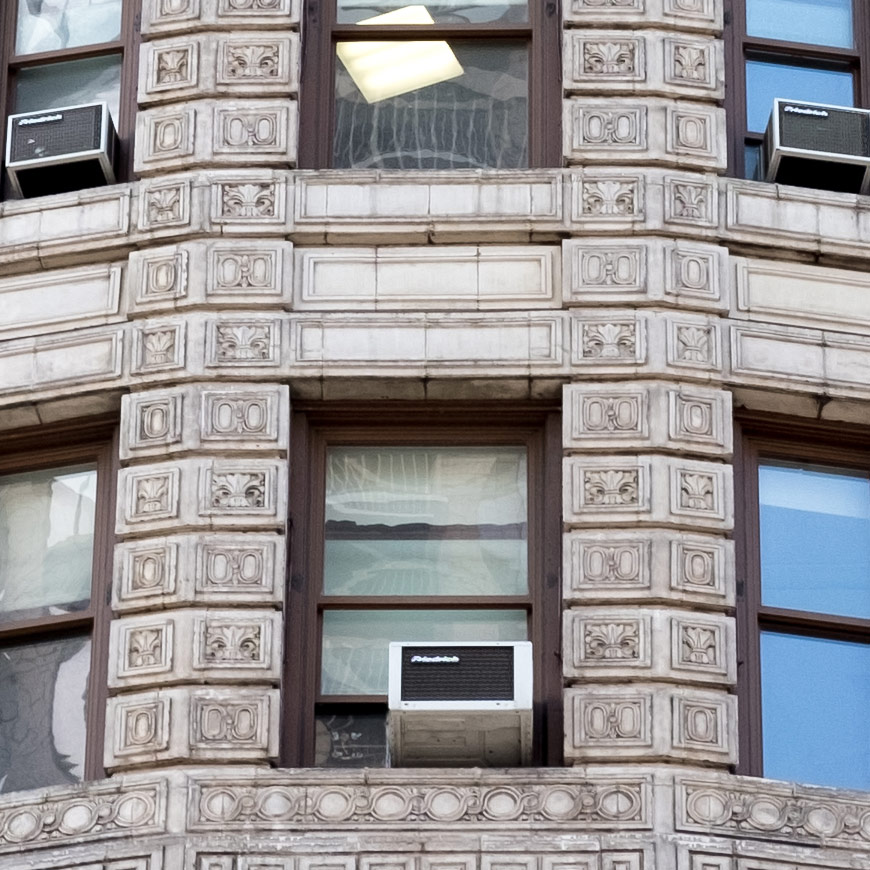 100% crop, no moiré on the AC grills thanks to the X-Trans technology.

Finally the “bokeh effect” is hard to achieve as the 35mm focal length is not too long to generate short depths of field. On normal working distances, the out of focus blur is minimum on the XF f/2 and background lines remain strong, almost like neon tubes with strong edges. It’s only on very close focusing distances the background gets blurred, although it doesn’t show concentric lines highlights like most aspherical lenses. The bokeh is not the best of this lens, but it works. For really short depths of field, you’re better off buying a longer lens like the XF 56mm f/1.2. 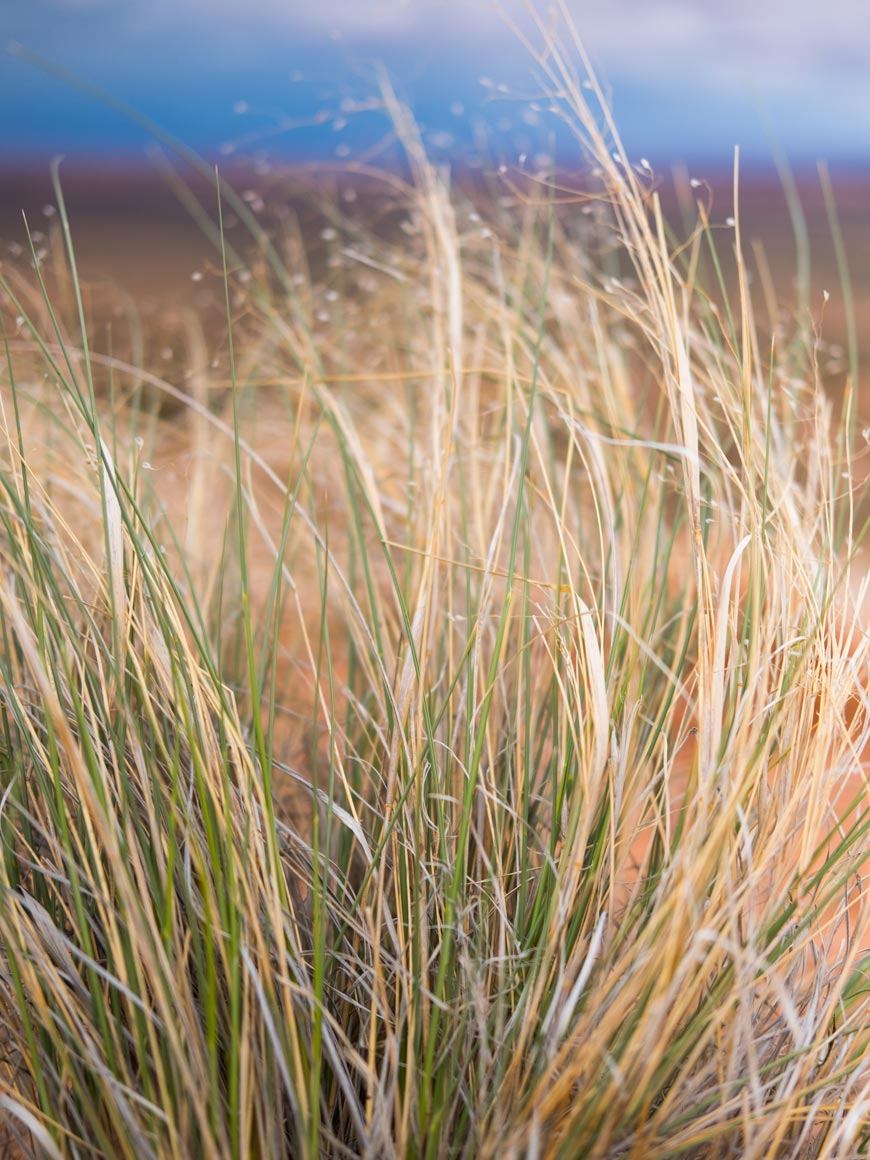 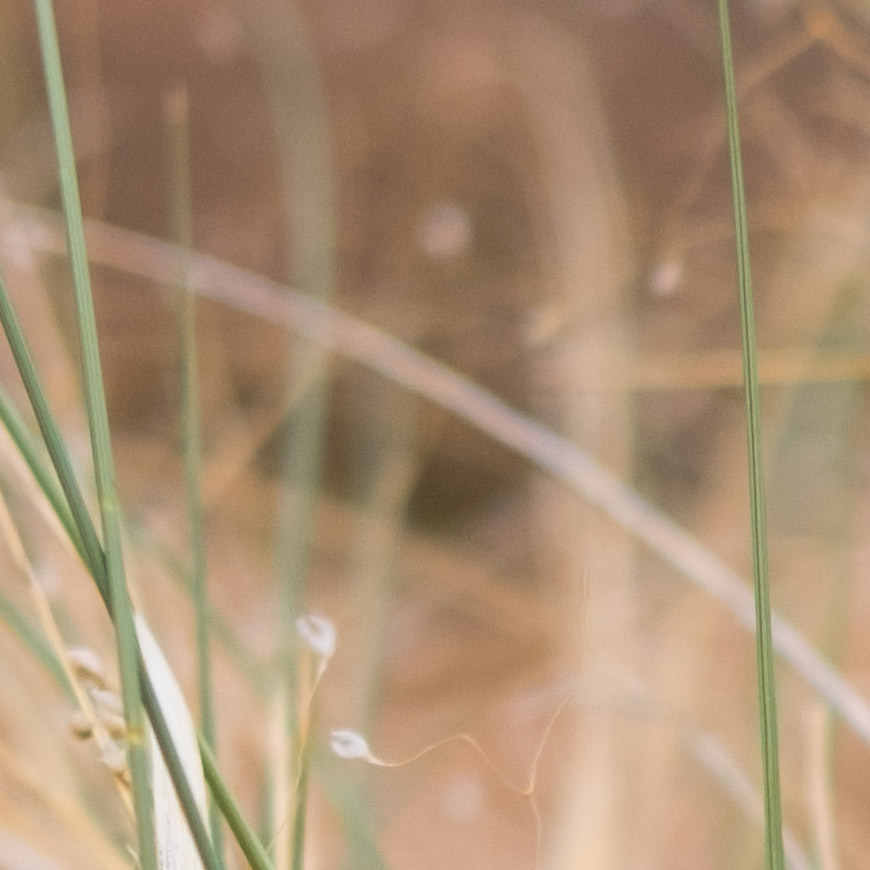 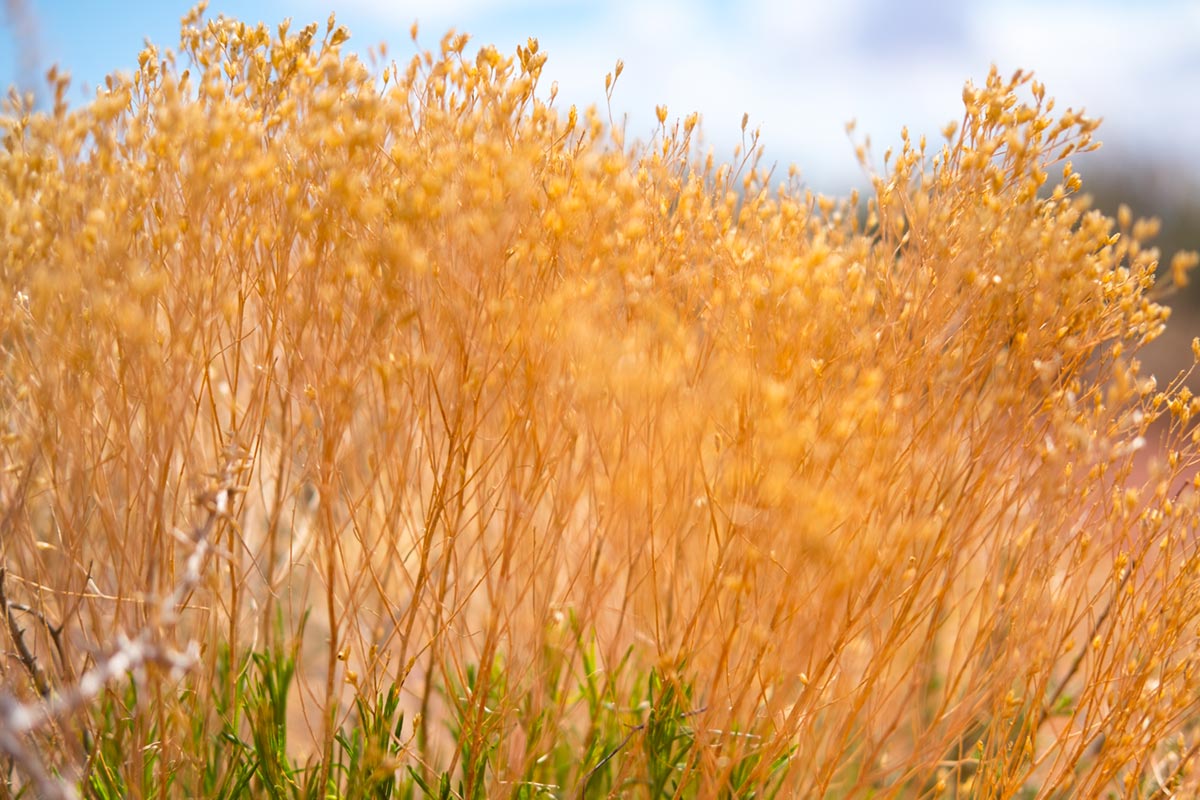 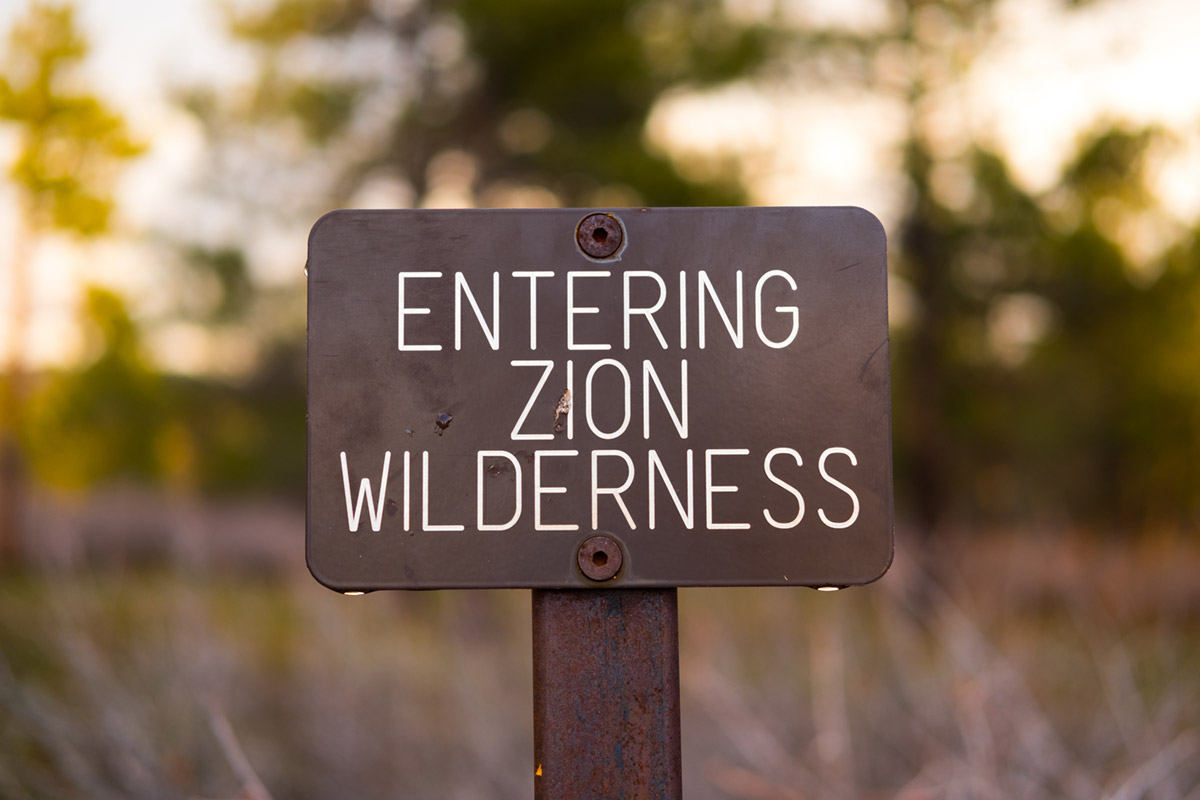 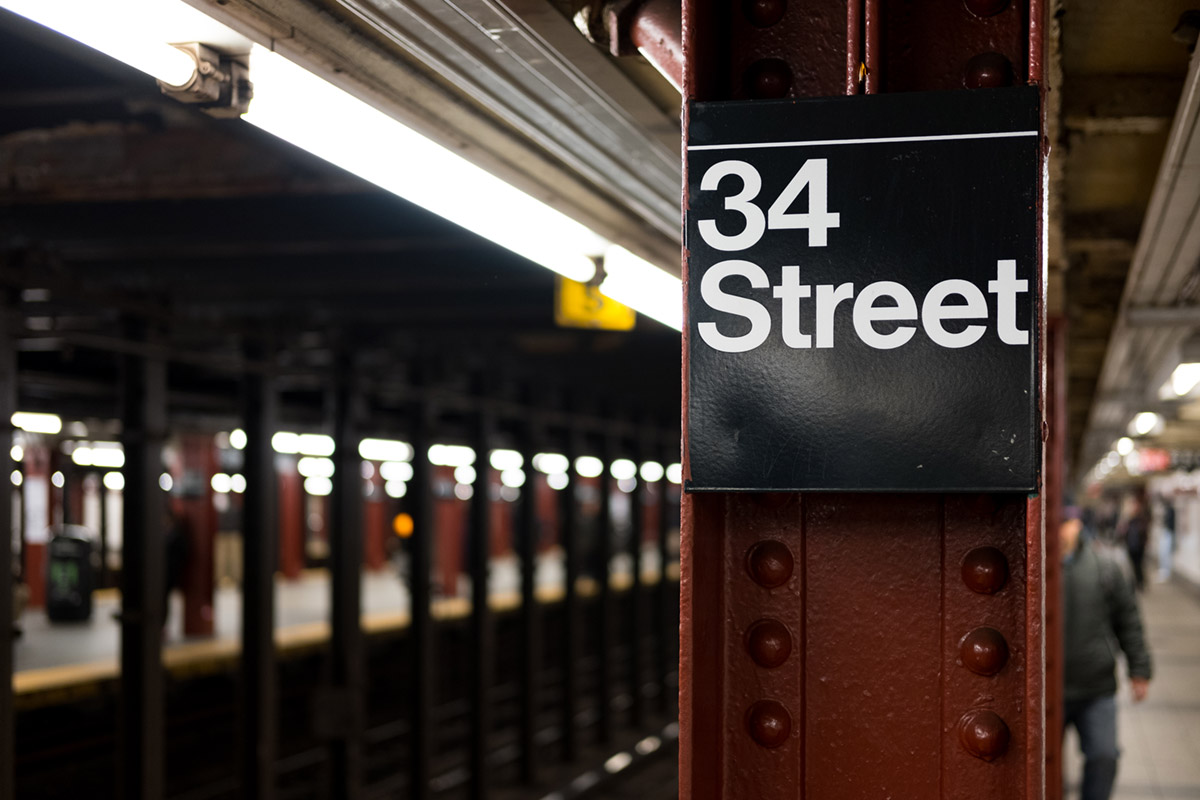 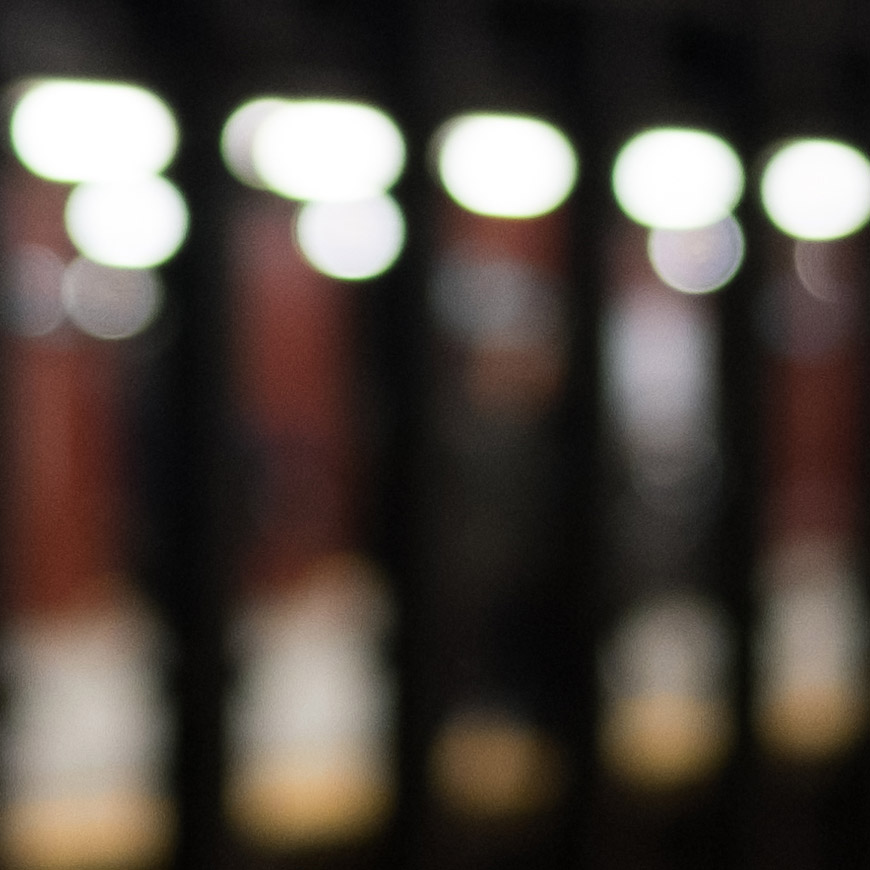 100% crop, almost perfect circles on the bokeh, with no aspherical concentric lines.

Fuji is doing a brilliant job on the X-mount with plenty of native lenses to get the best of the X-Trans technology. Although a young system, in less than three years they delivered virtually every focal length. In the beginning they were focused on large aperture primes: 23mm and 35mm f/1.4, 56mm f/1.2… All costing at least US$899 (at launch), taking the “X-cams” away from the mainstream market. As the mount gets mature, they’re launching much more modest specs to serve a wider public, and this XF 35mm f/2 R WR is similar to Nikon’s f/1.8Gs: impeccable optical performance, ease of use and reasonable price point. Considering its 53mm equivalency, it’s the “nifty fifty” of the X-mount. But part of the high end XF lineup, it’s not “plastic fantastic”: it’s robust, full of personality and optically stunning. It’s a mandatory lens for Fuji X photographers. Nice shooting!