October/2014 - The Nikon AF-S 16-35mm f/4G ED VR presented in february 2010 was the second f/4 high end Nikkor zoom, launched after the 200-400mm and before the 24-120mm; an alternative to the ultra wide angle monster 14-24mm f/2.8G and the very expensive 17-35mm f/2.8D. Far from a low cost kit like Canon offers their f/4 lenses, Nikon tries to keep the optical performance high with a robust build, and some extra functions to justify the price. With a four stops VRII, and the capability of using ø77mm front filters, it’s much easier to use than the specialty 14-24mm. But the enormous benchmark set by the 14-24mm, the 16-35mm have a lot to prove. Does it deliver? 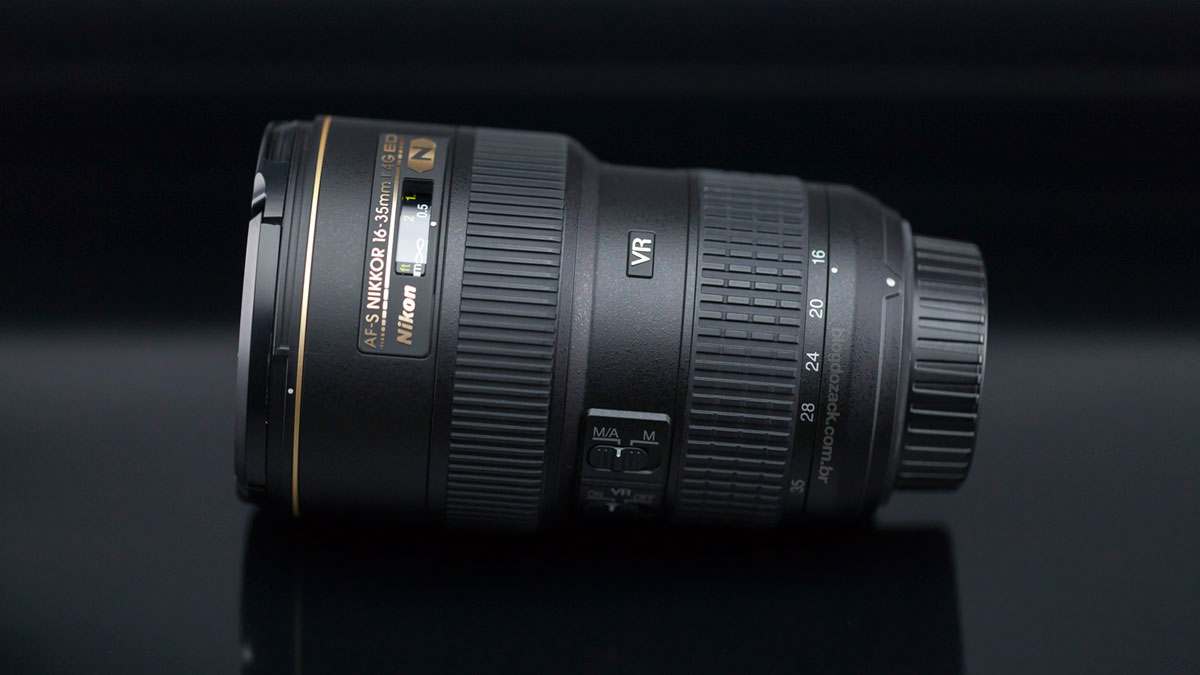 The first feature that stands out on the 16-35mm f/4G ED VR is the length. In 12.45cm it’s in the same class as the top 24-70mm f/2.8G (13.21cm) and 14-24mm f/2.8G (13.21cm), and does not fit the f/4 stereotype. It’s not a small nor “low cost” lens; rather, it is large, well built and worthy of the top Nikkor kit. The outer barrel is plastic and with the same grip of the 24-120mm f/4G ED VR, with a texture that does not scratch. It’s just 680g in total. Inside the aluminium structure is very sturdy, since most external tubes are merely cosmetic: they will not dent if they fall on the floor, and for those who work in very cold environments, the plastic gives a much better tactile feedback. 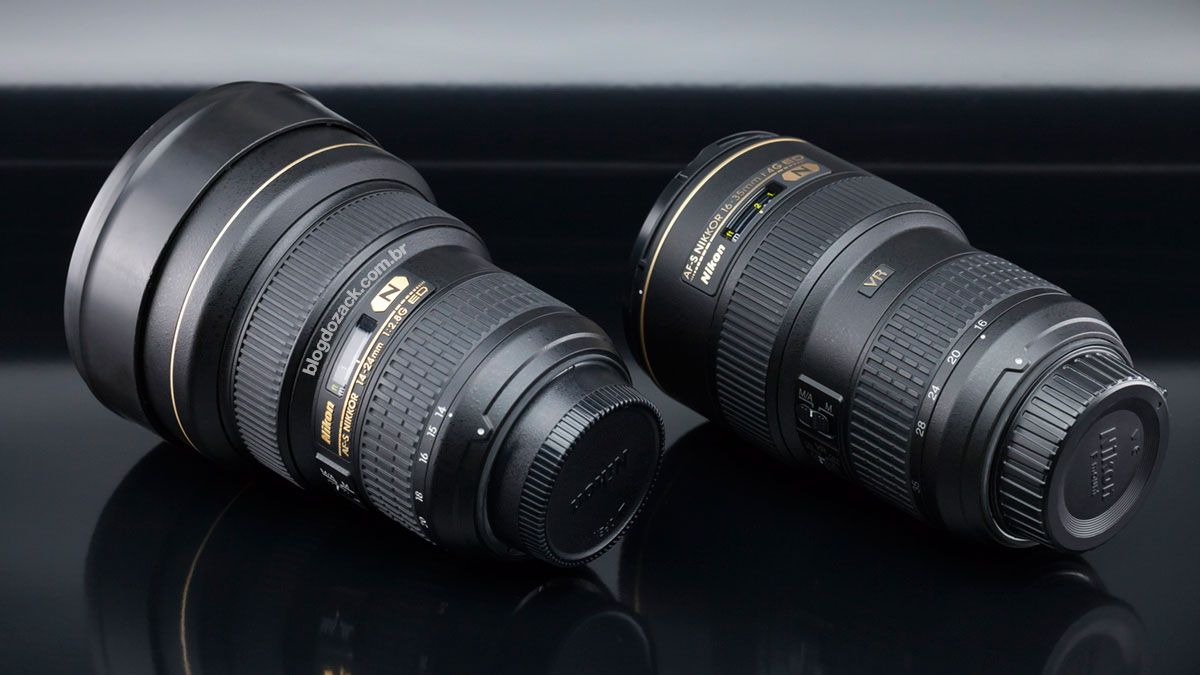 The standard rings and buttons layout, like the rest of the Nikkor line, makes the photographer life easier. Near the camera is the zoom ring with a counterclockwise motion, turning 80º with a good pressure feedback, not as loose as the 14-24mm. In fact, I would have liked it a little bit firmer because, as the 14-24mm, I repeatedly photographed at 18mm or 20mm when I actually thought it was at 16mm; it is still too loose and moves by itself. They should learn something from Sigma. 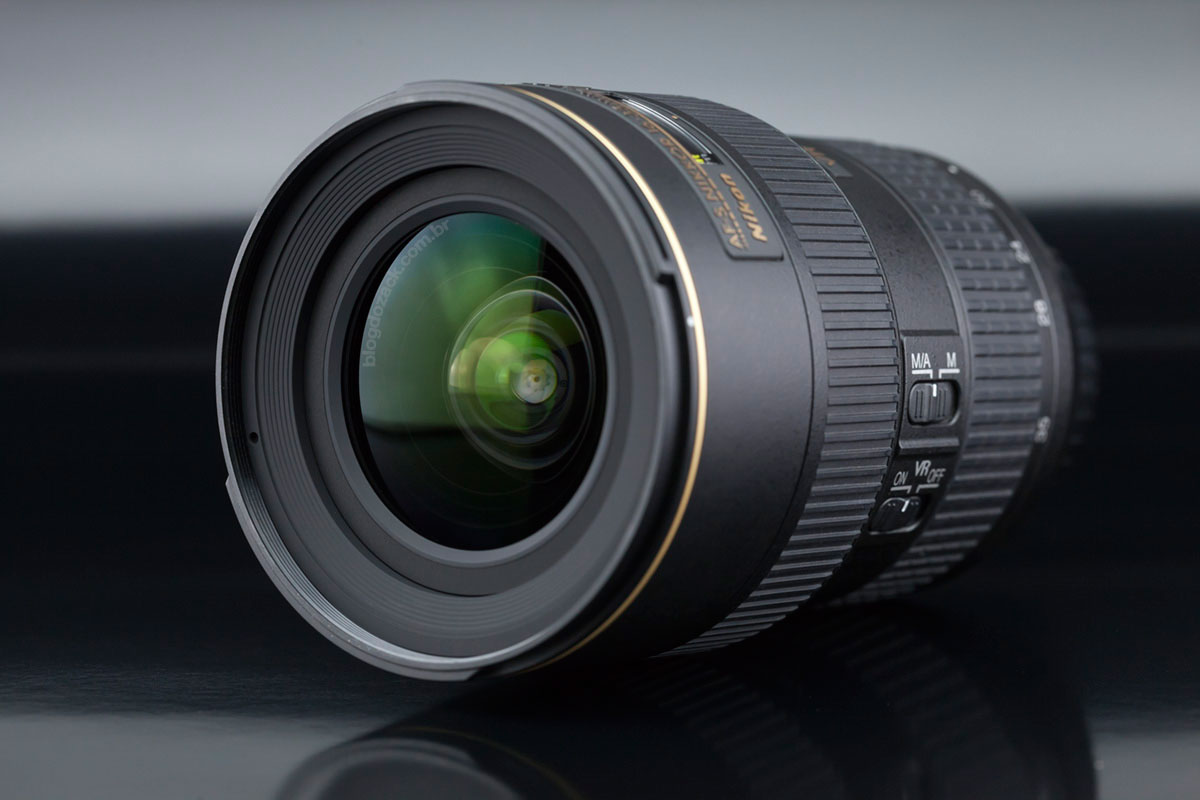 And at the front the manual focus ring has a terrible grip for this lens price point. It has some play between changes in direction, and moves the internal elements with delay, making it impossible for fine adjustments during Live View. It’s a Russian roulette with Nikon because cheaper lenses like the 50mm f/1.4G doesn’t have this problem, but this 3x more expensive zoom have it. They really need to get their act together, because most G lenses just left us feeling that Nikon is actually crippling its products. If Sigma launches specialized wide angle zooms, we’re done with Nikkor. 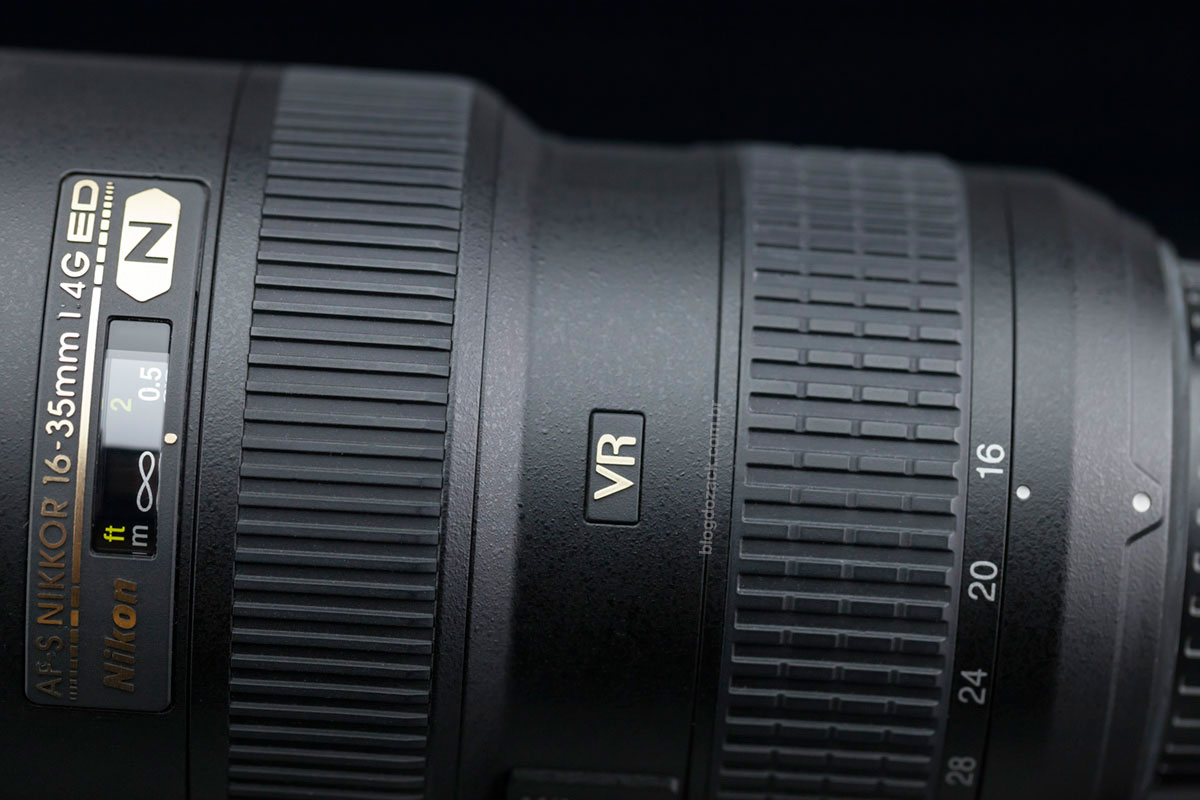 The side switches are simple and control the internal drivers of the 16-35mm. The first is the SWM (Silent Wave Motor) auto focus, which is fast, accurate and reliable. Virtually no photo was out of focus with the D800E, regardless of lighting situation. And the second is a VR II stabilizer, which promises up to 4 stops of correction according to the manufacturer. Why a stabilizer in a wide angle lens? For us to use lower ISOs and slower shutters speeds indoors, excellent for interior design without the need of a tripod. In my opinion it is a must have feature on every modern lens. 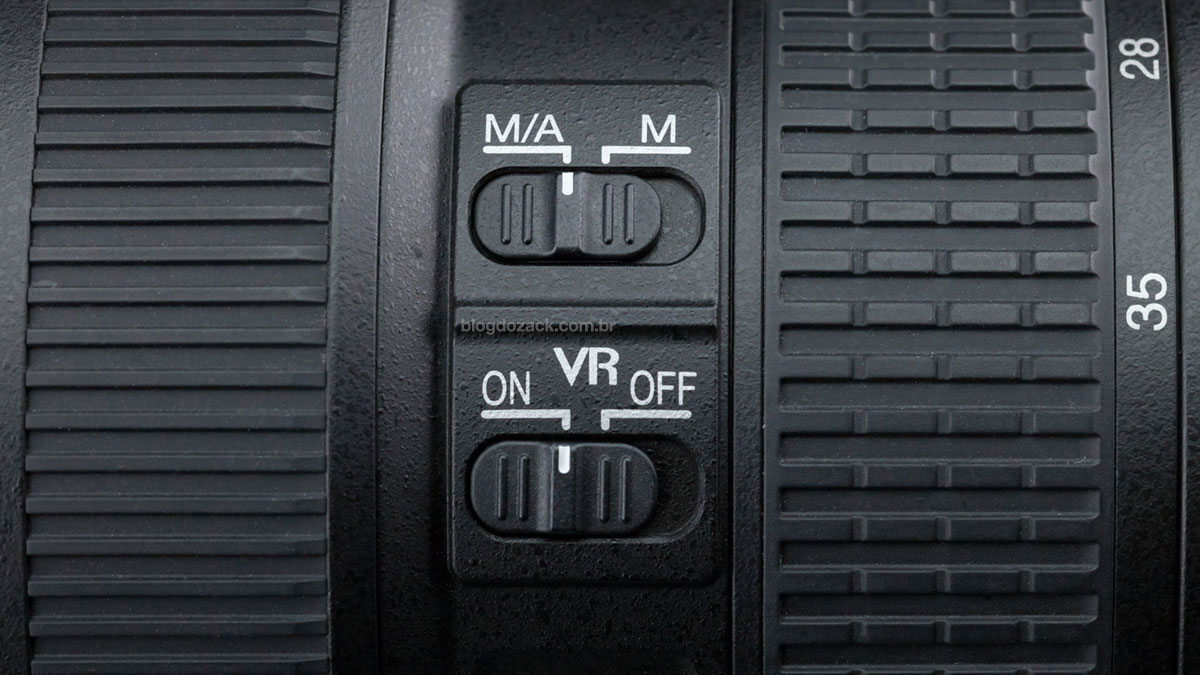 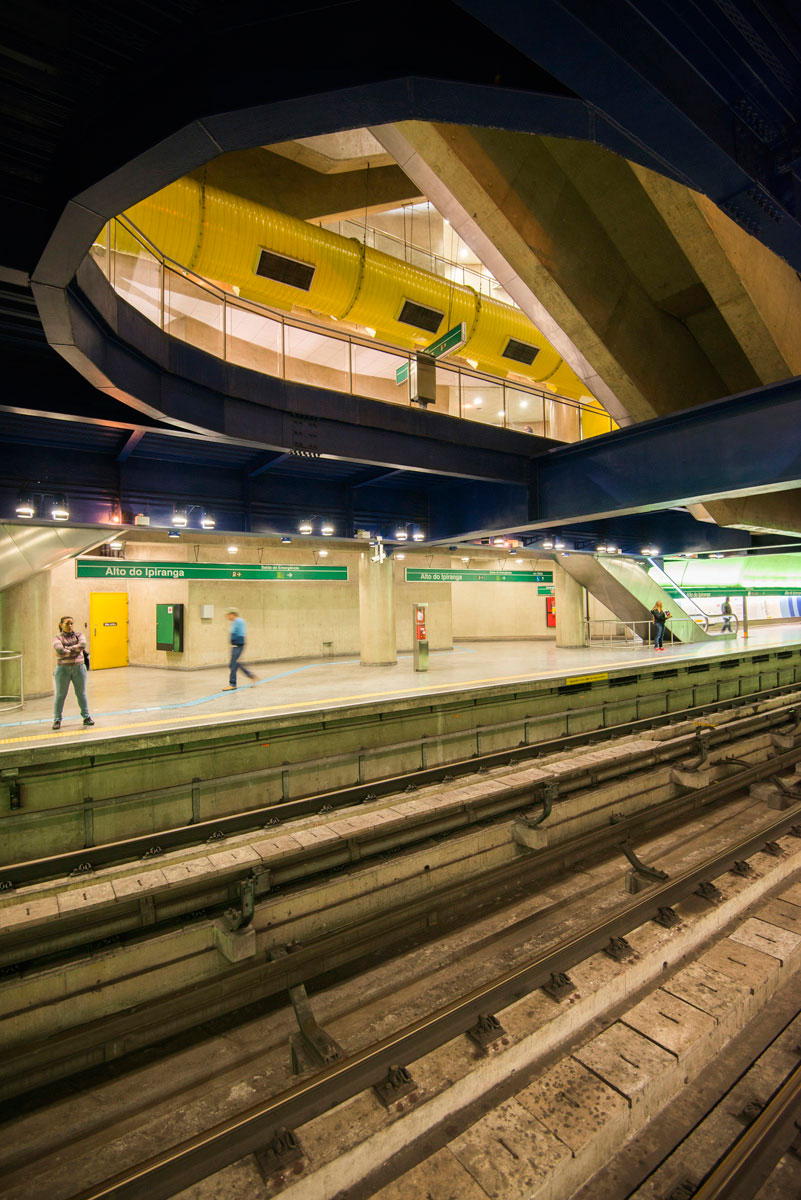 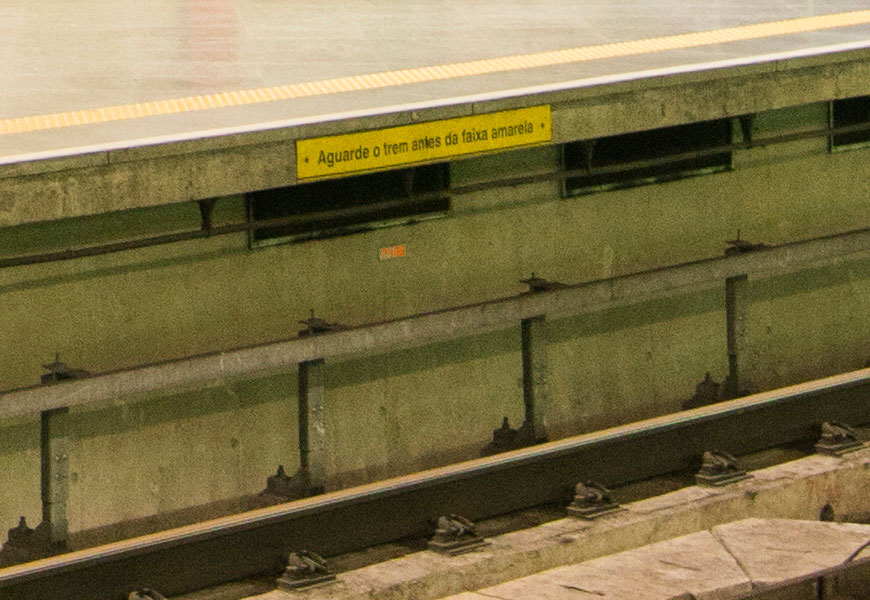 100% crop, VR held everything in place for a sharp image.

At the front the ø77mm filter thread is almost standard on top of the line FX Nikkors, and a strong selling point against the 14-24mm f/2.8G. The wide angle can benefit from polarisers and graduated NDs, and are a pain in the ass to fit on the 14-24mm (special mounts are required). At the back the mount comes with a rubber gasket, but Nikon says nothing about its weather sealing. It’s a nice lens to work with because it is light, yet deliver great structural strength for professionals. 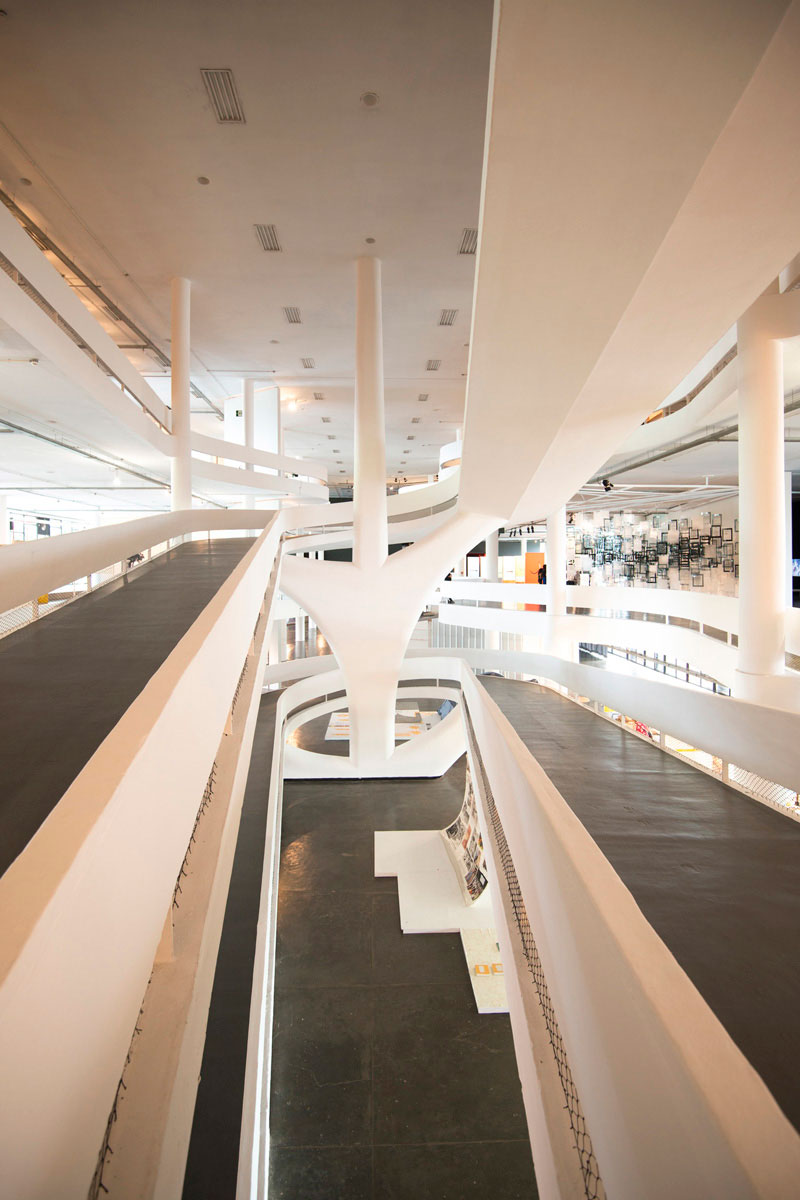 With the absolutely perfect performance of the AF-S 14-24mm f/2.8G, much was expected of the AF-S 16-35mm f/4G ED VR. That is a virtually chromatic aberration and distortion free lens, and even wide open the 14-24mm results impresses on top 36MP FX D800E. Not an easy task given its wide angle, maximum aperture and resolution figures; all in a zoom lens! Great expectations of an adjacent f/4 lens were made, besides its different operation and not so lower price tag. 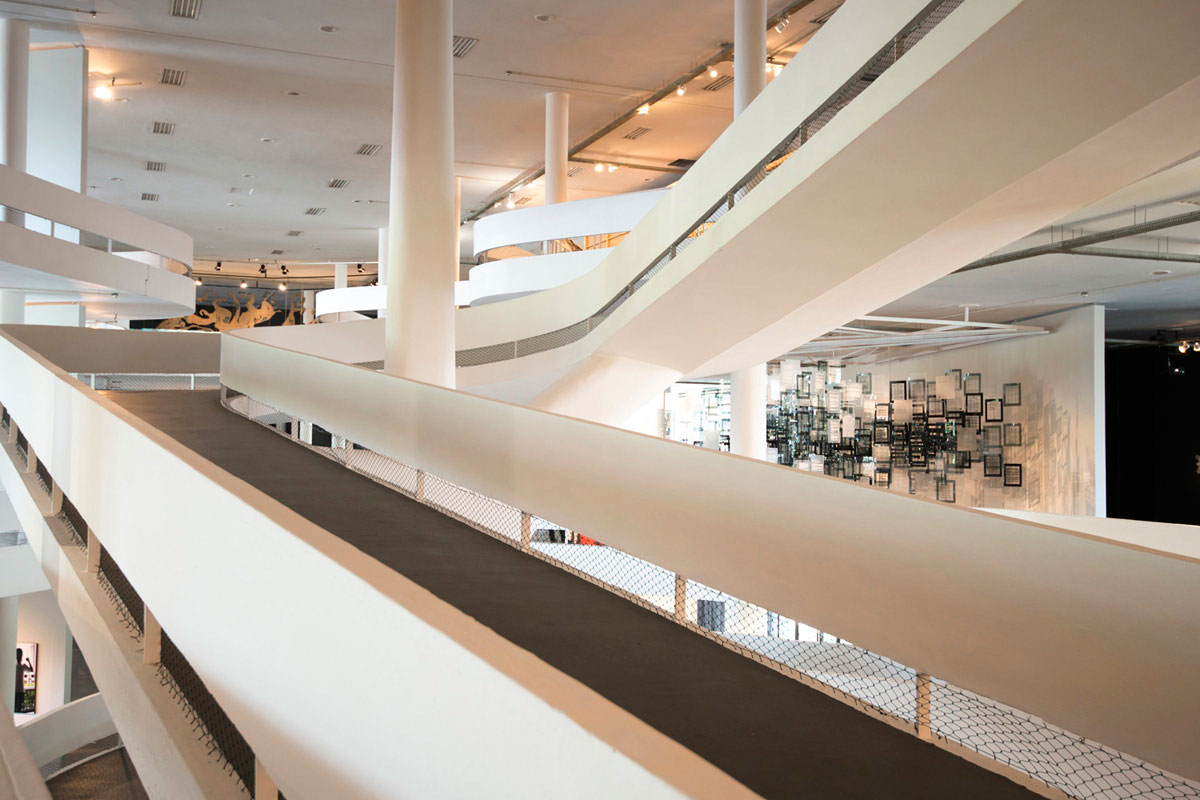 But honestly I didn’t really find too much reason to celebrate the 16-35mm f/4G ED VR performance after using the 14-24mm f/2.8G. Let’s make one thing clear: the f/4G is not bad, far from it. The files are detailed on the center, even wide open, and its much easier to use due to its size and VR. But it’s not as stellar as the 14-24mm, not as impressive, thus a little bit boring. It’s just an “ok” tool for what its worth, that won’t give you an awesome impression, nor leave you wanting for more. Here it is tested on the high resolution monster 36MP D800E. 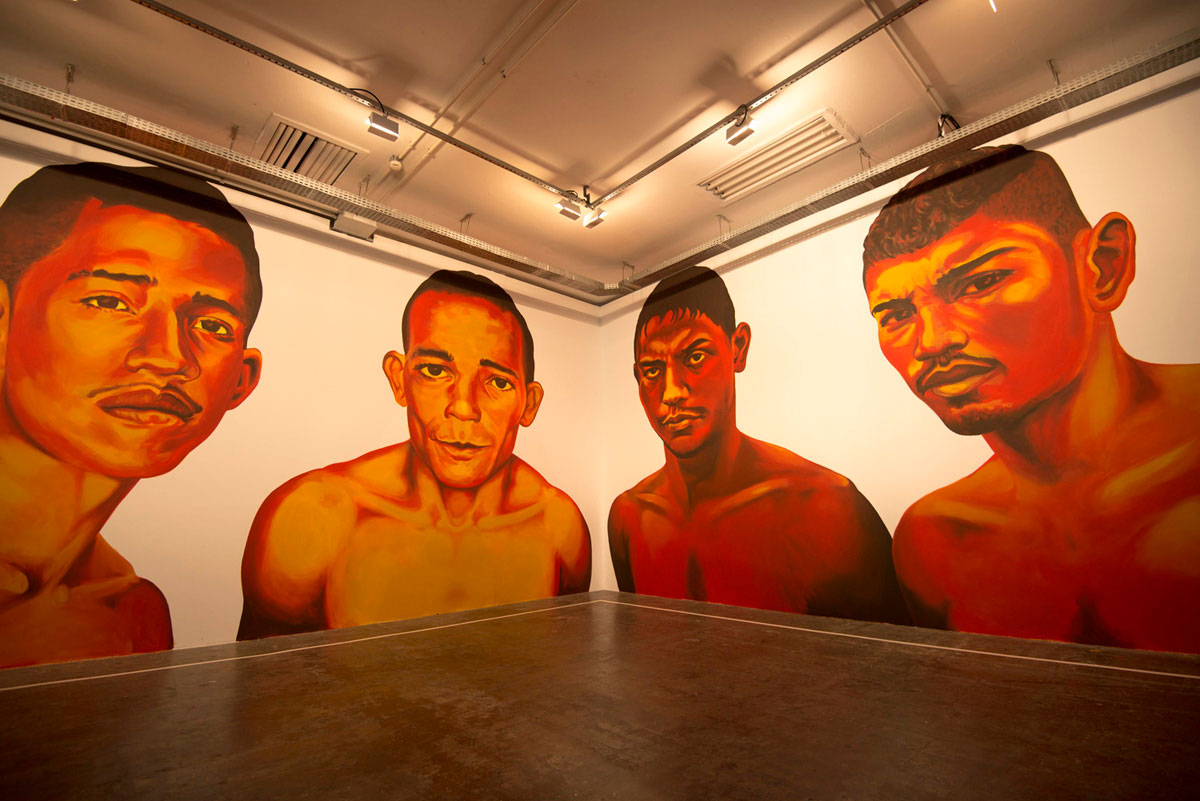 On a positive note, the project is adequate for high resolution FX cameras delivering great performance on the center of the frame. I write “adequate” because it is not on the same level of primes; something expected from modern zoom lenses. The same goes to the overall contrast, excellent from f/4. It is not an extreme aperture, so it’s not surprising that smaller glass pieces handle contrast better. It’s okay to work with, and the 16-35mm will get most jobs done. 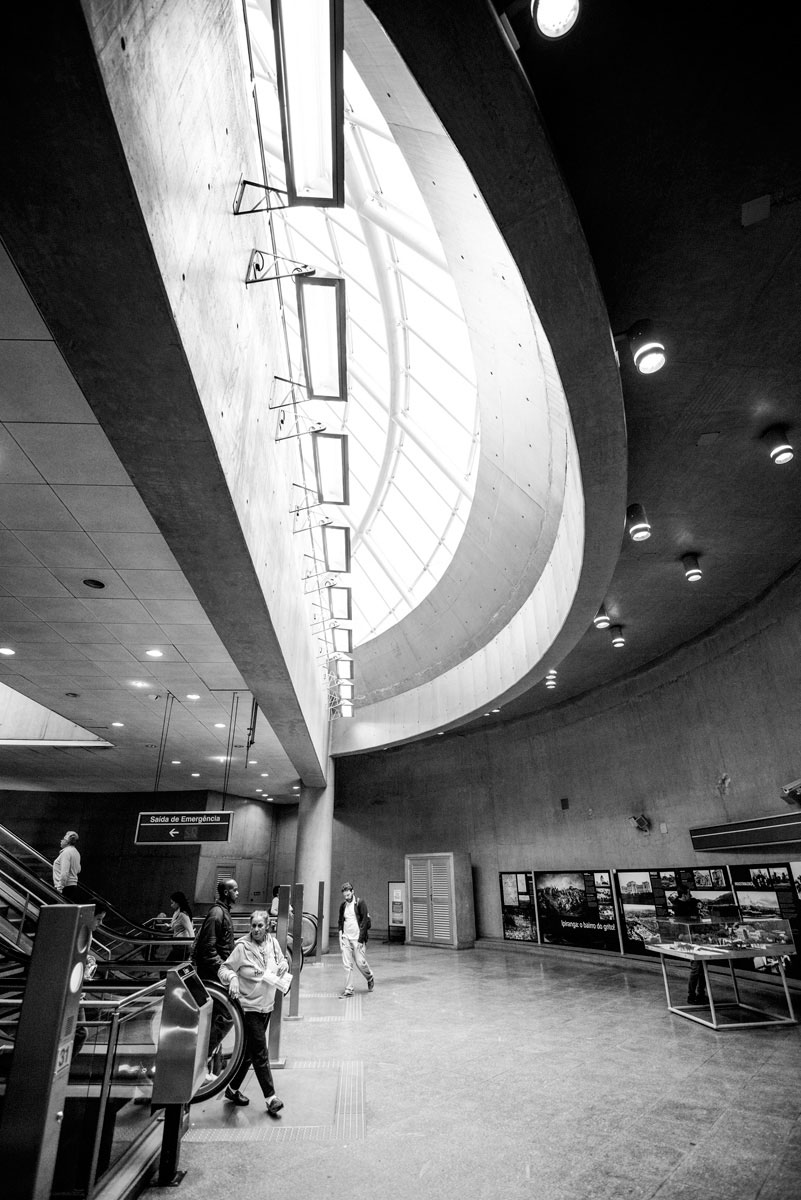 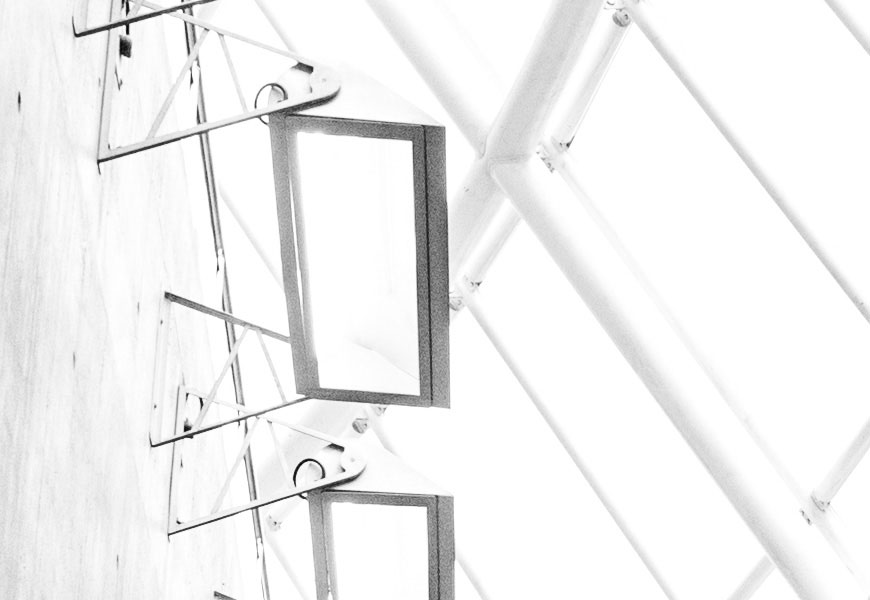 100% crop, impeccable sharpness at the center of the frame. 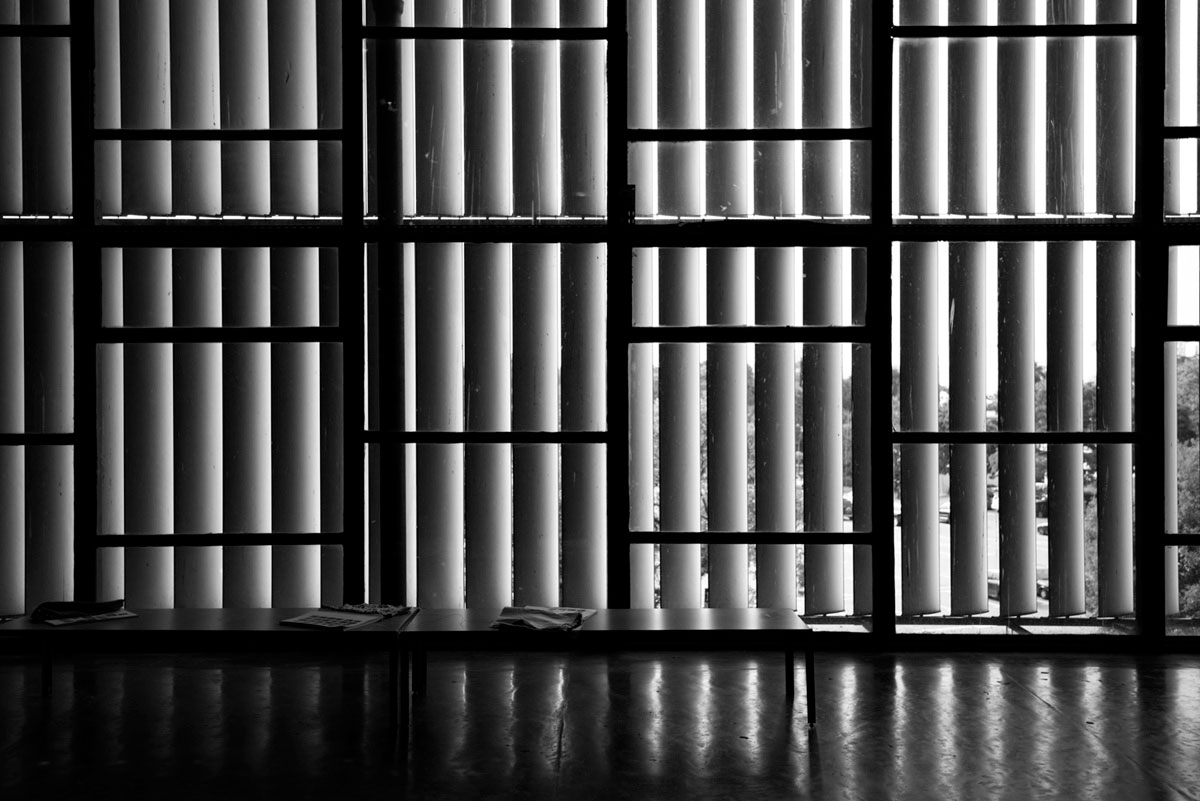 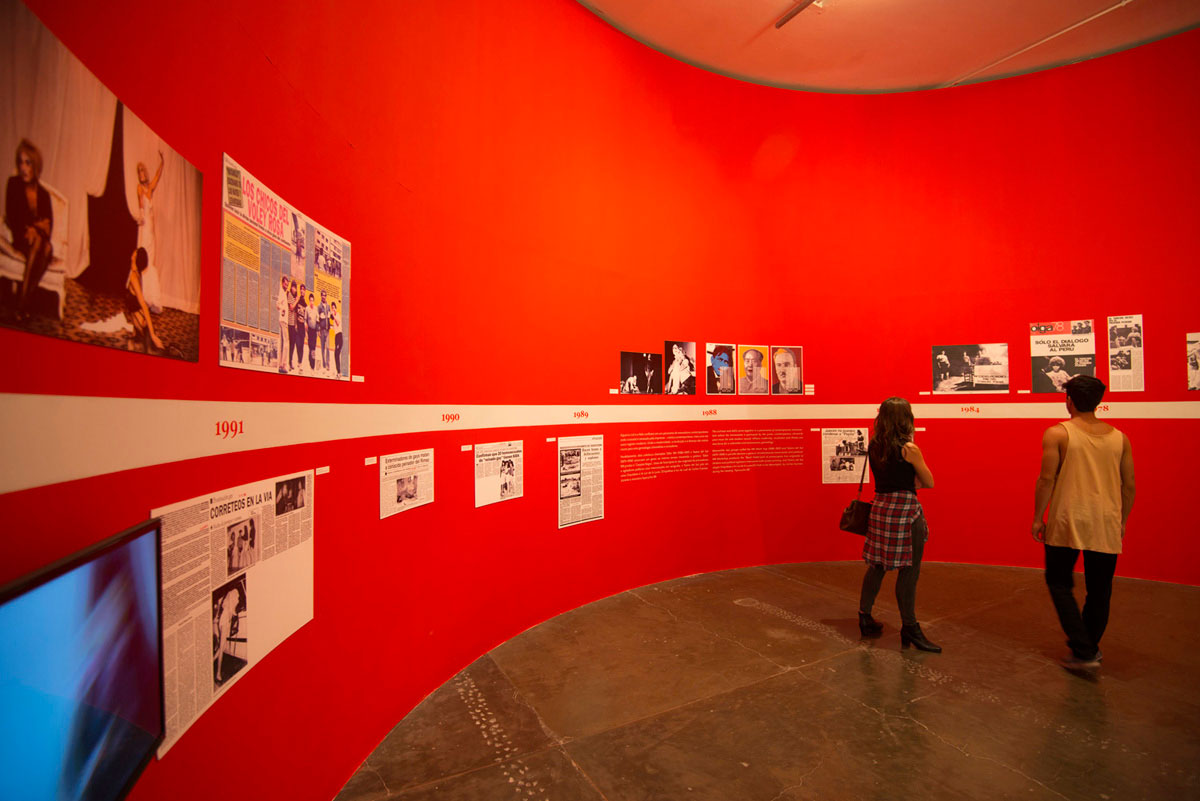 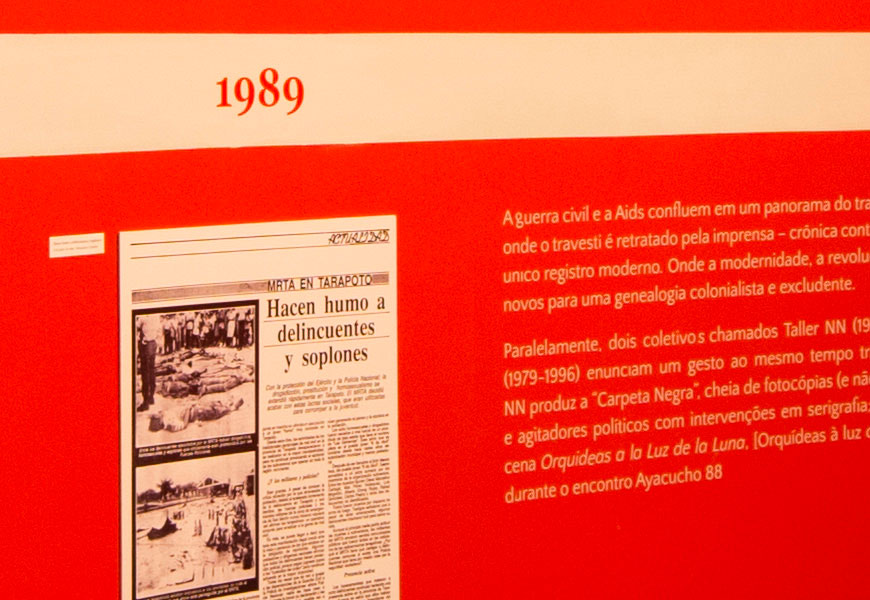 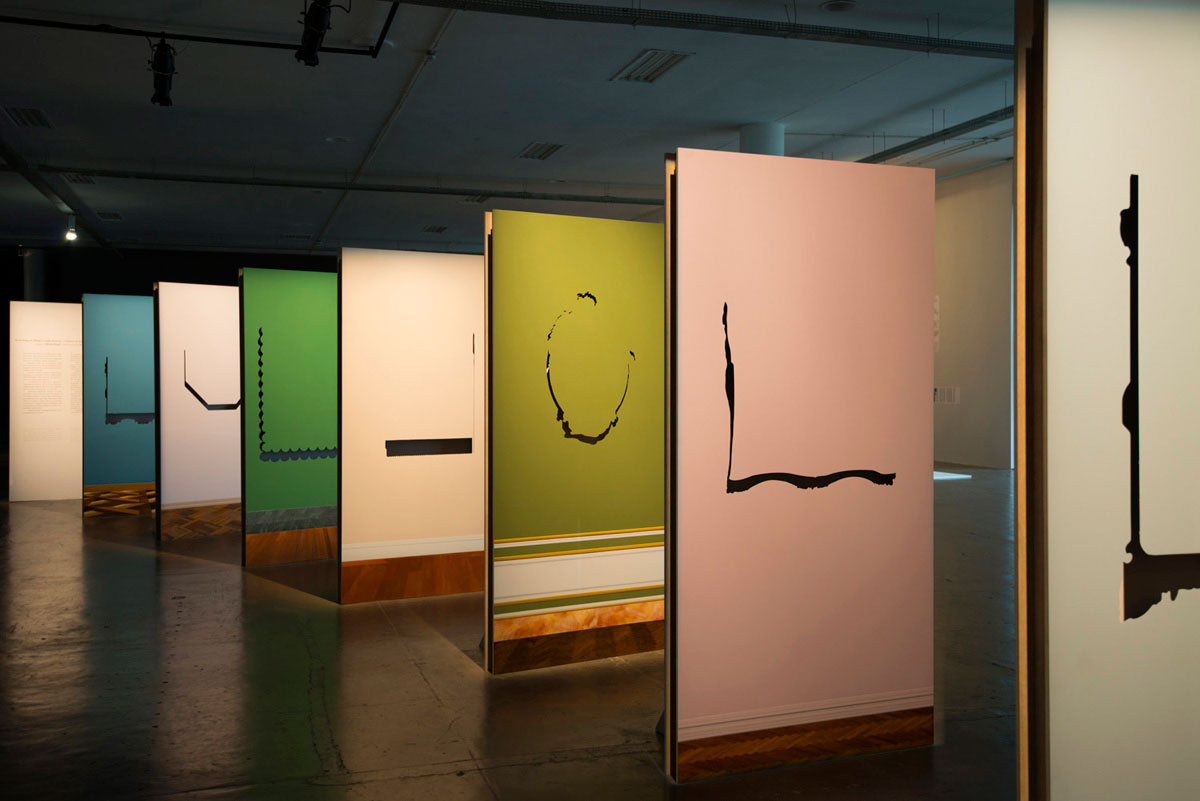 The issues are near the corners and the main advantage of the 14-24mm. The bigger lens just delivers more details than the 16-35mm. But you shouldn’t really worry, after all you know I’m a strong believer the subject must be near the center of the frame, not so far away on the edges. It certainly won’t rival most primes, especially if you’re in need a perfect corner to corner frame. But, again, I know no client who would complain about the AF-S 16-35mm images for even large prints. 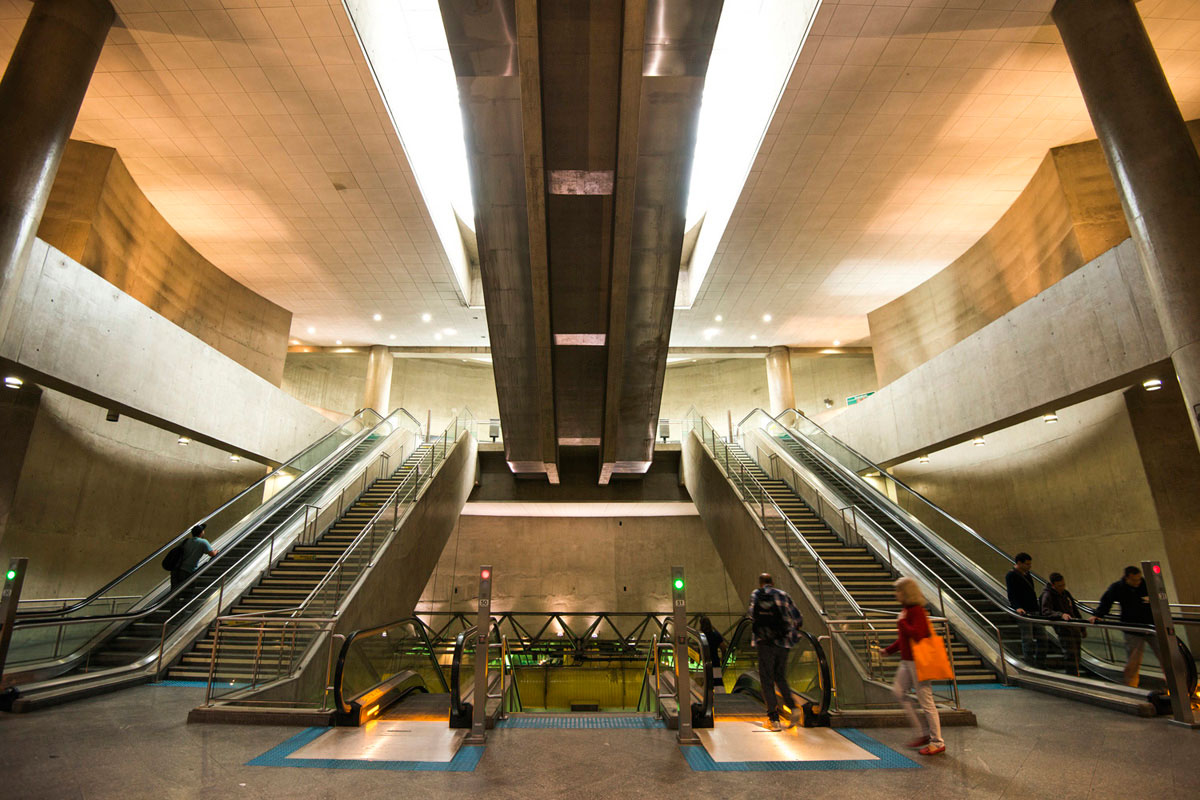 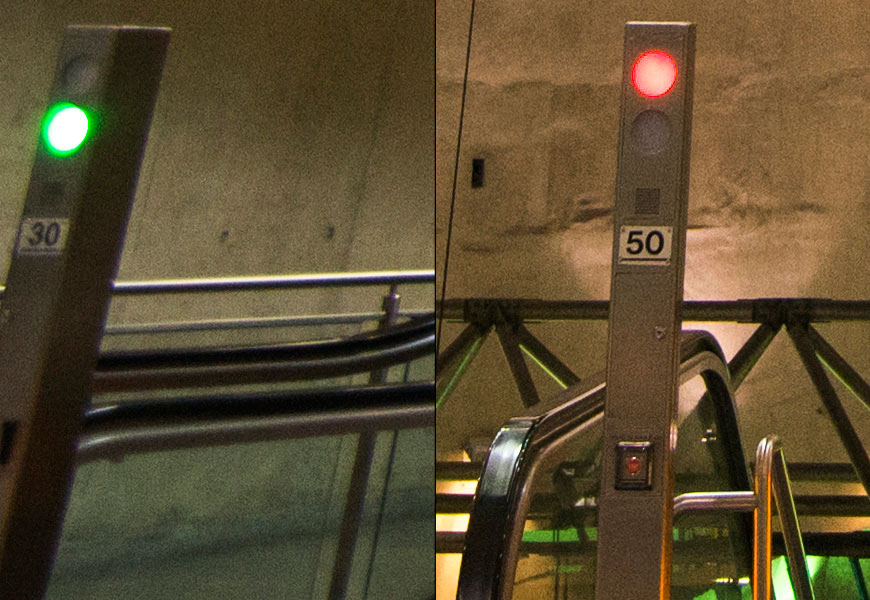 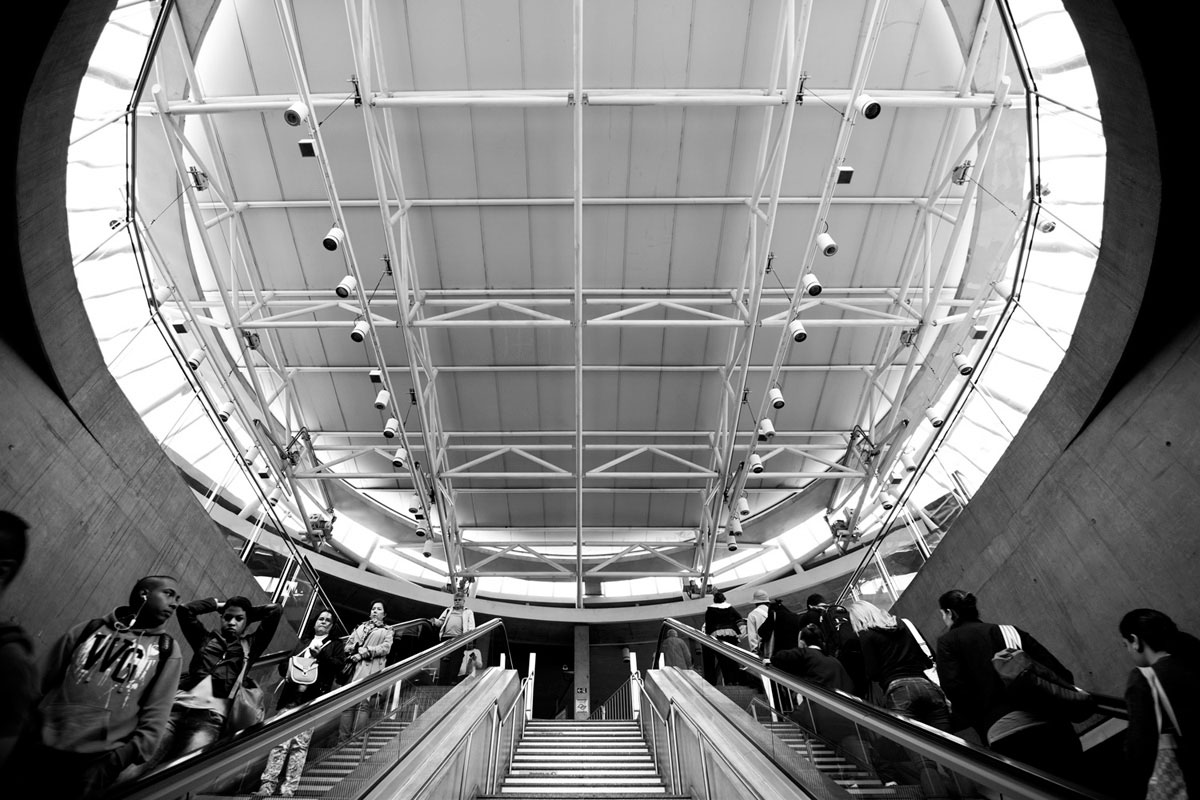 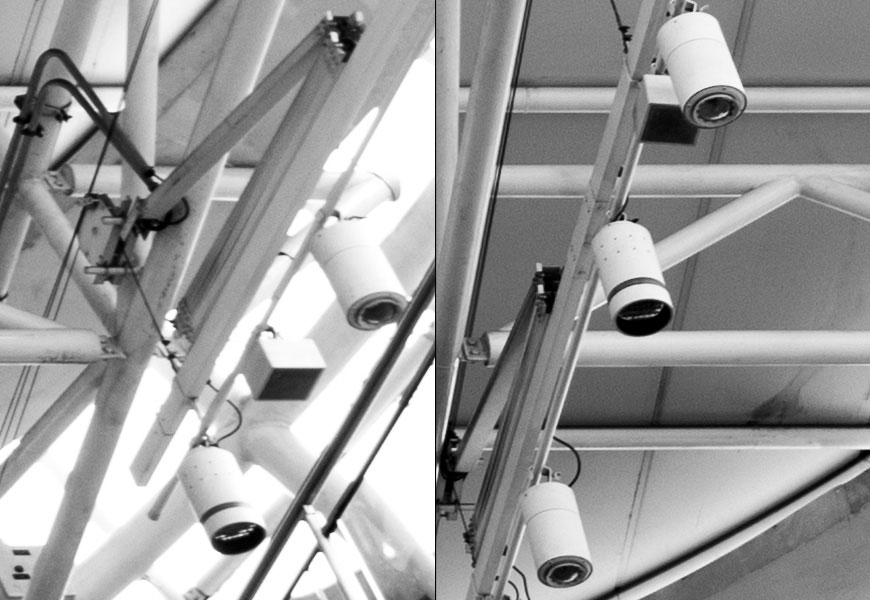 Another big issue is the geometric distortion at 16mm. It’s so strong that show Nikon didn’t really planned this lens for architecture work. On any straight line there’s over 7% of barrel distortion. But it’s easy to fix via software and shouldn’t really be a problem. The wider 14-24mm on the other hand shows better handling of straight lines at just 3% at 14mm, and practically zero at 16mm; and the 16-35mm is perfect from 24-30mm, because at 35mm it shows some pincushion on the center. 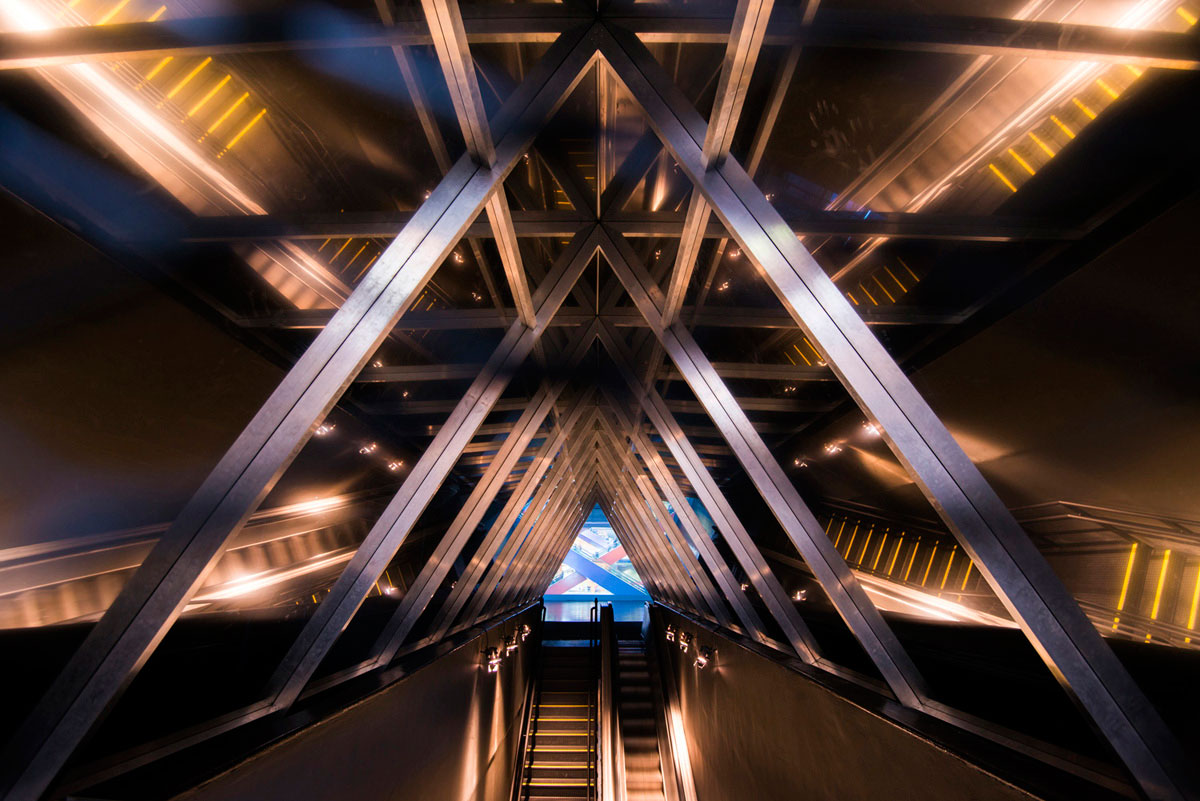 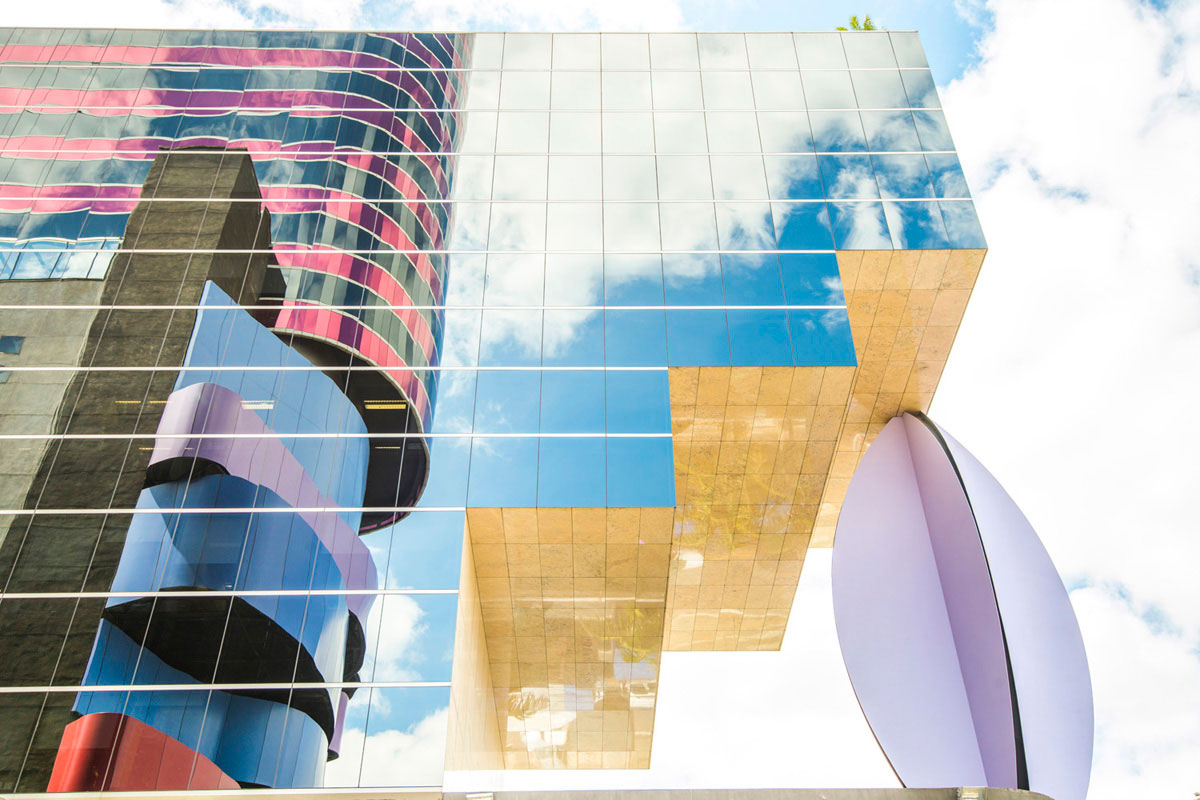 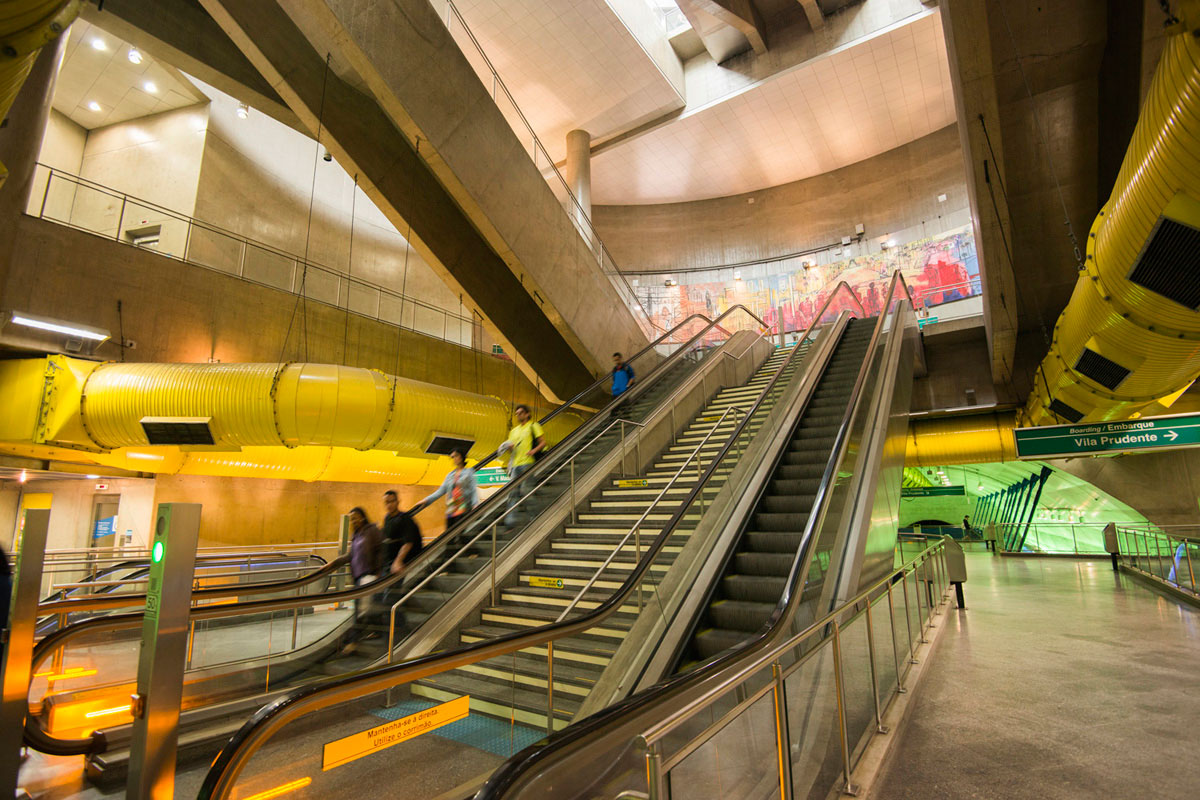 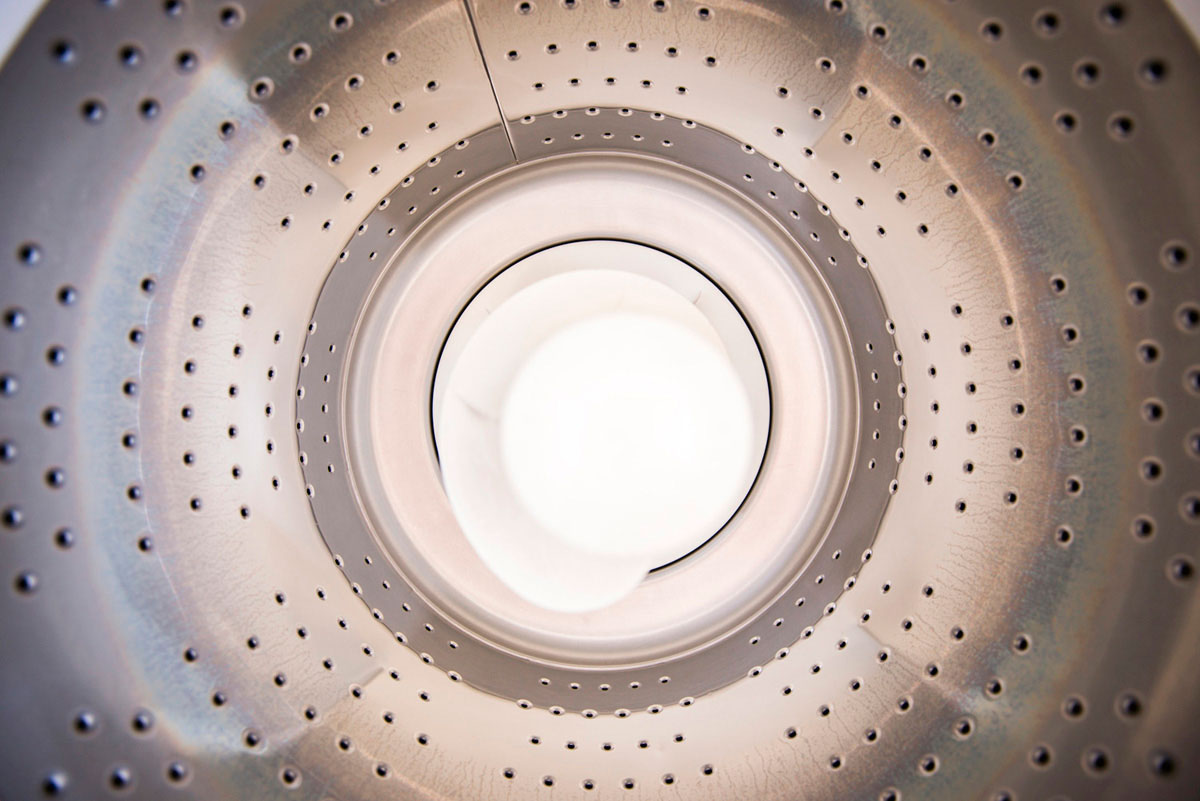 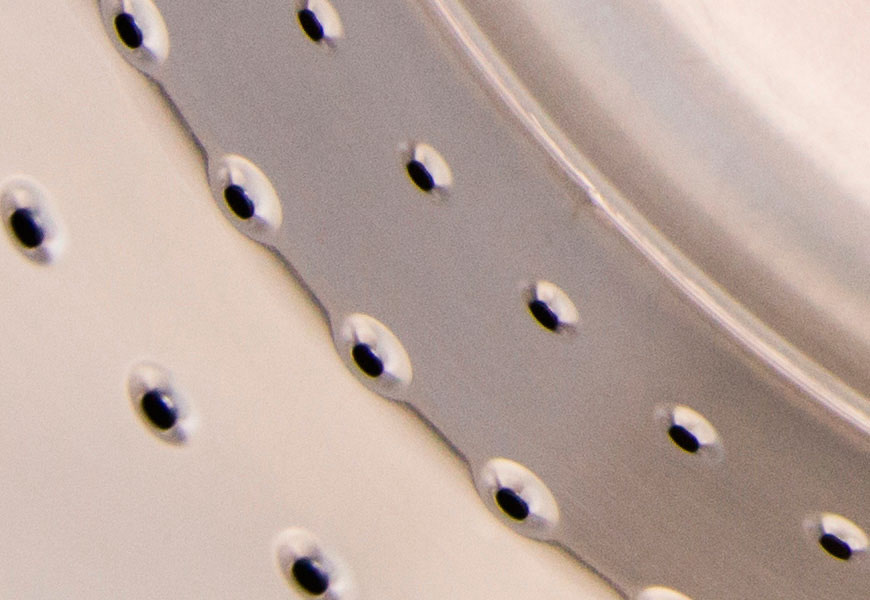 Chromatic aberrations and flaring are well controlled, similar between both lenses. I didn’t see coloured edges around contrast lines, and everything is saturated, no surprises here. That’s why I question Nikon’s positioning with some lenses: they won’t fix the geometric distortion, but there is little CA. Why not aim for perfection? Why not be better than the 14-24mm? The 16-35mm is another tool and nothing more. Uninspiring and in need of post-processing corrections. 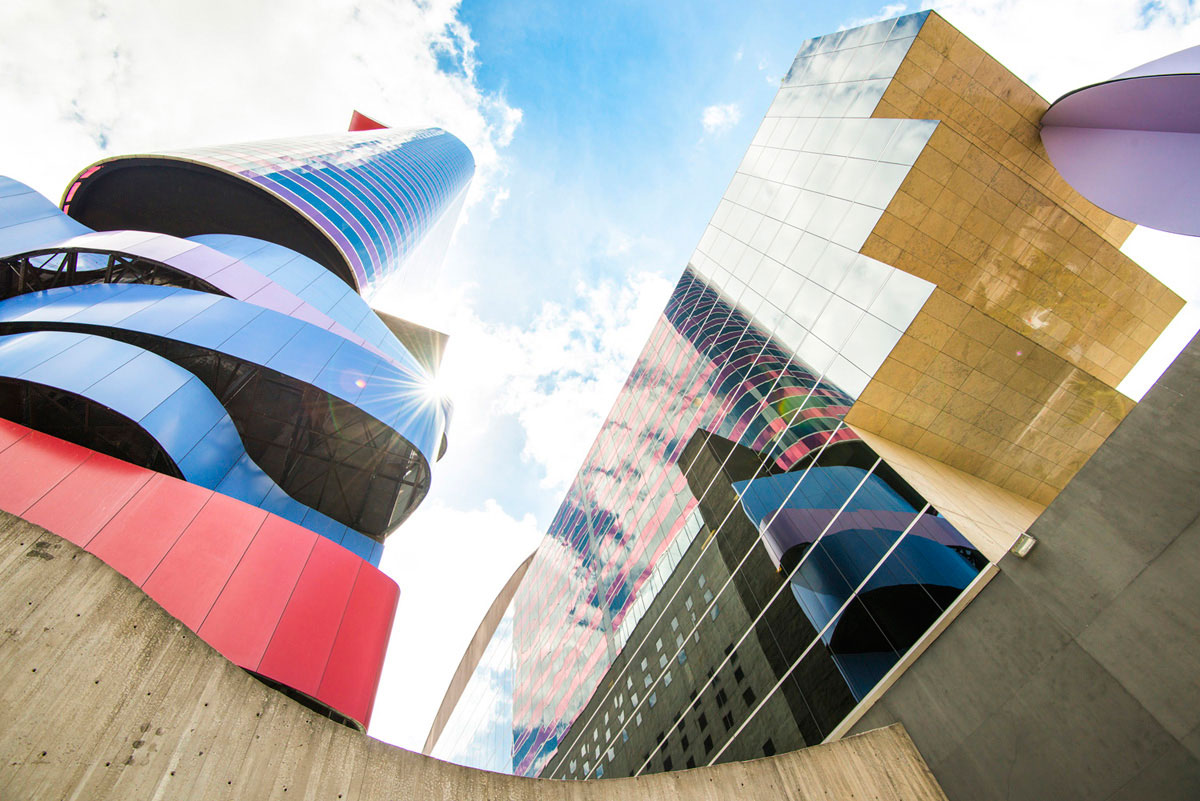 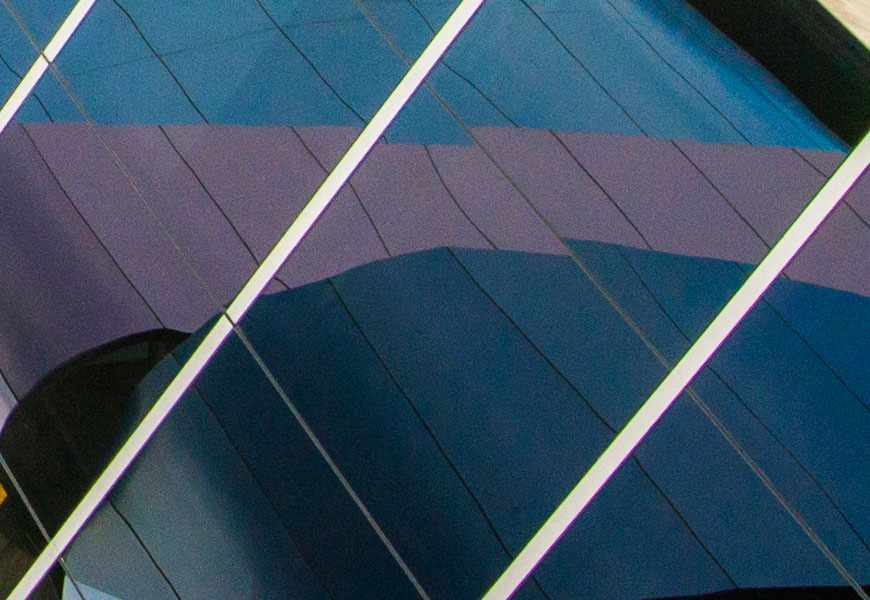 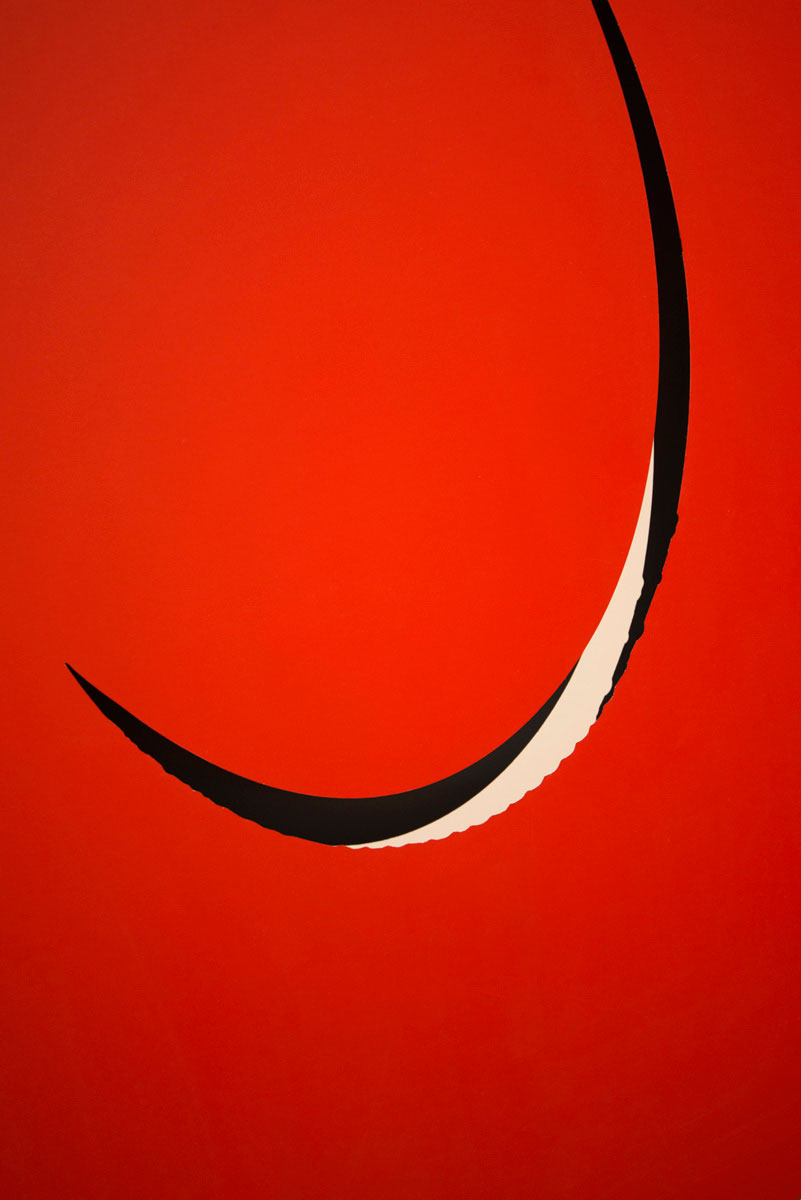 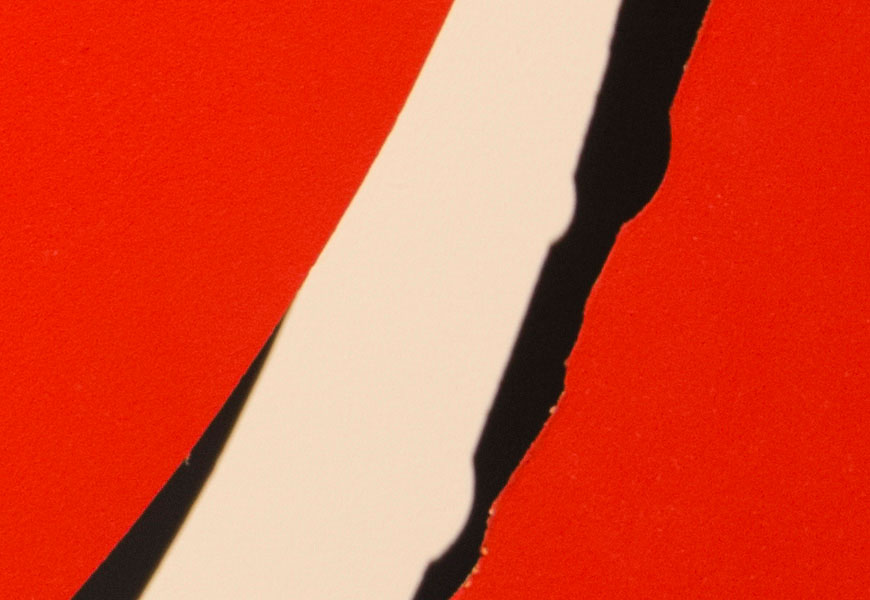 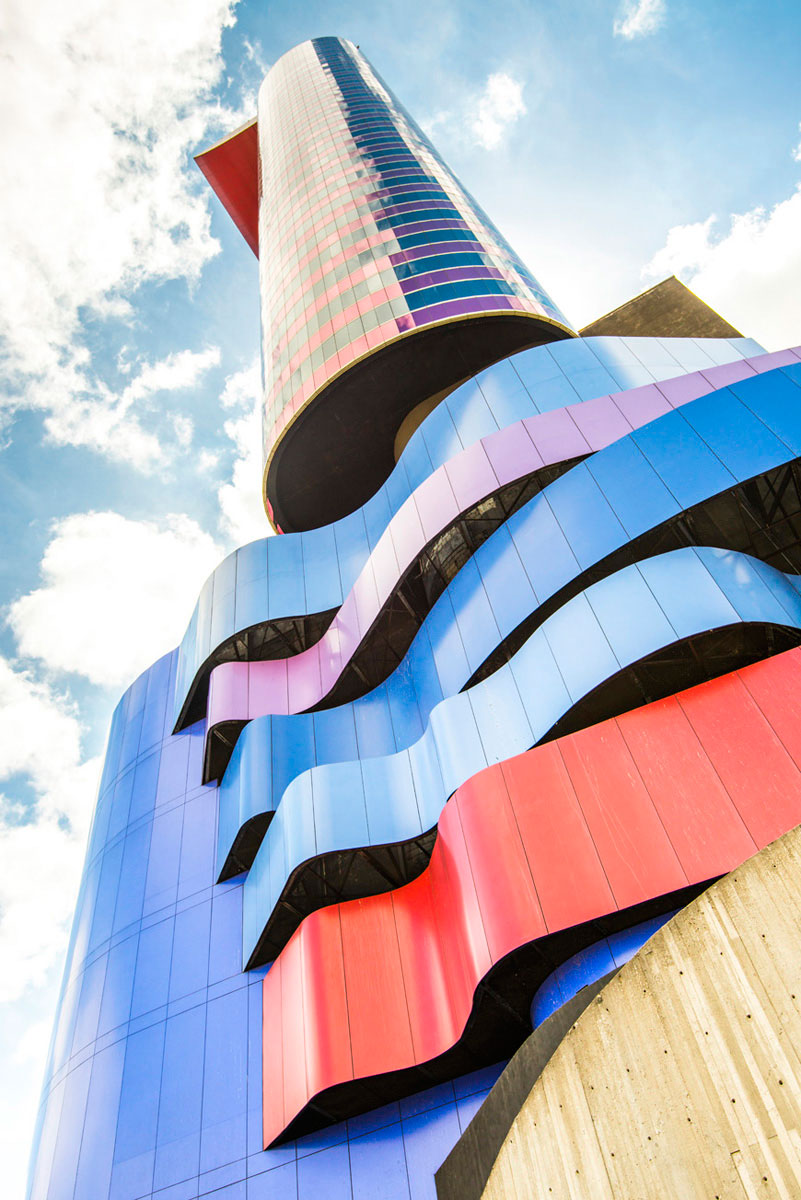 The Nikon AF-S Nikkor 16-35mm f/4G ED VR is an ultra wide angle alternative to the exotic f/2.8G. Being the first VR UWA zoom and a sister to the best lens of this kind on the planet, I was really expecting more. But we can’t have everything and it does lack some sharpness around the edges, wide open. It completes the Nikon line with intermediate pricing and functions, but won’t push the brand nor the photographer ahead. It’s jus a tool, and should be handled as such.