Estimated reading time: 07 minutes and a half.

March/2015 - The EF 15mm f/2.8 Fisheye is one of Canon’s oldest modern lens, launched together with the EF mount in 1987 and updated for the 2011 EF 8-15mm f/4L USM Fisheye. It’s a 180º prime lens designed for the 135 format, not correcting the geometric distortion of rectilinear lenses, showing a heavily distorted image turning any subject in an interesting photograph. But it doesn’t mean it’s easy to use: show too many rounded pictures on your portfolio and the reaction you’ll get will be “he just used a fisheye lens there”. The best results demand creativity, careful composition, colours and contrast ideas, all on a very wide frame. Easier said than done! 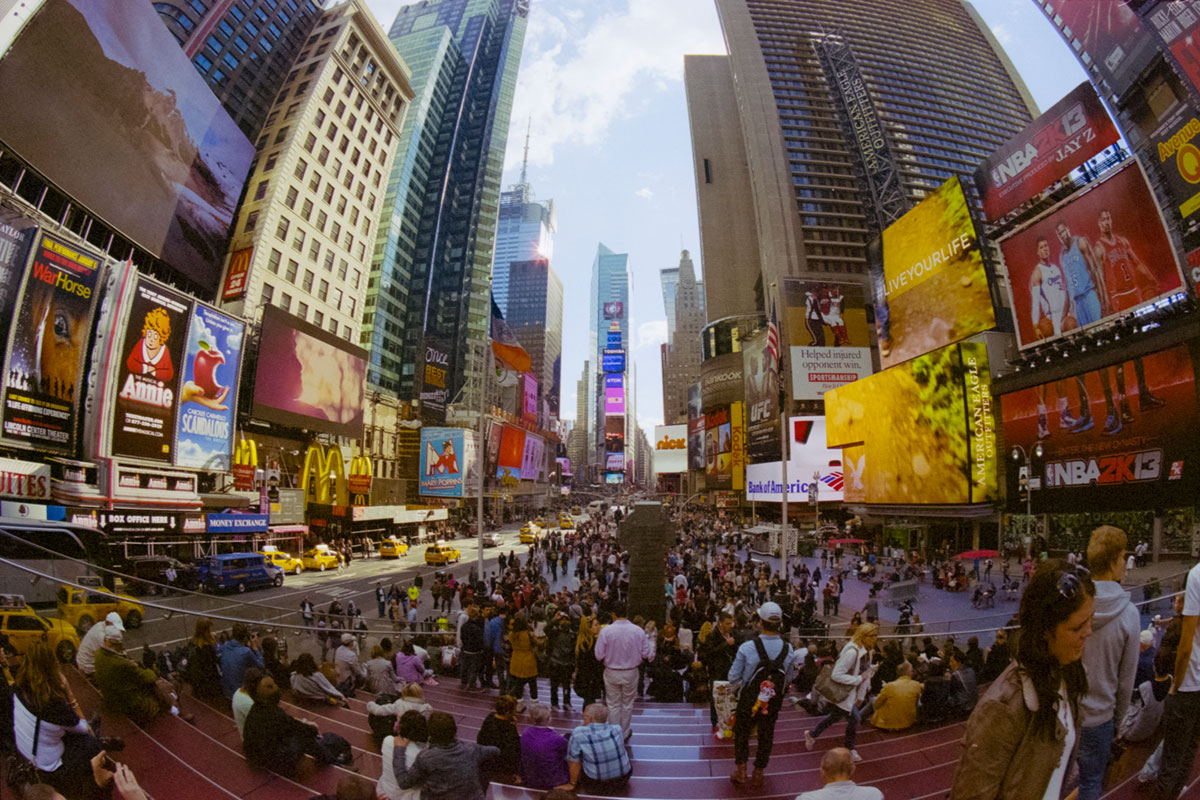 On the other hand with today’s softwares you can get a whole new use for fisheye lenses: the circular projection corrected to a rectilinear rendering effectively transforms this prime on an ultra wide angle lens wider than the 14mm. And it works so well that I rarely recommend a wide angle specialty lens for low cost kits; buy a fisheye and use software for two distinct looks. Yes, the corners won’t look great after the computer interpolation and you won’t be able to preview the results in-camera, so you can’t really work this way. But you can definitely have some fun.

It got on vlog do zack by chance. It was on the same purchase of the EF 70-300mm f/4.5-5.6 IS DO USM, when I had to ask the sales person “which lens to buy”. If I asked for more reach on the 70-300mm, on the 15mm I asked for “a lens to fit more stuff”. And the EF 15mm did just that. For US$699 it’s still one of the most interesting pieces on my kit because the f/2.8 aperture allows twice the light gathering of the EF 8-15mm f/4L USM, besides me flirting with the new zoom since its launch. And as the AF motor in my 15mm broke down, it’s about time for an upgrade. If I used the distorted look more often, for sure I would have switch for the USM zoom already, so take a hint. But with its unique look, my fisheye lens is kept only for special occasions. Happy reading! 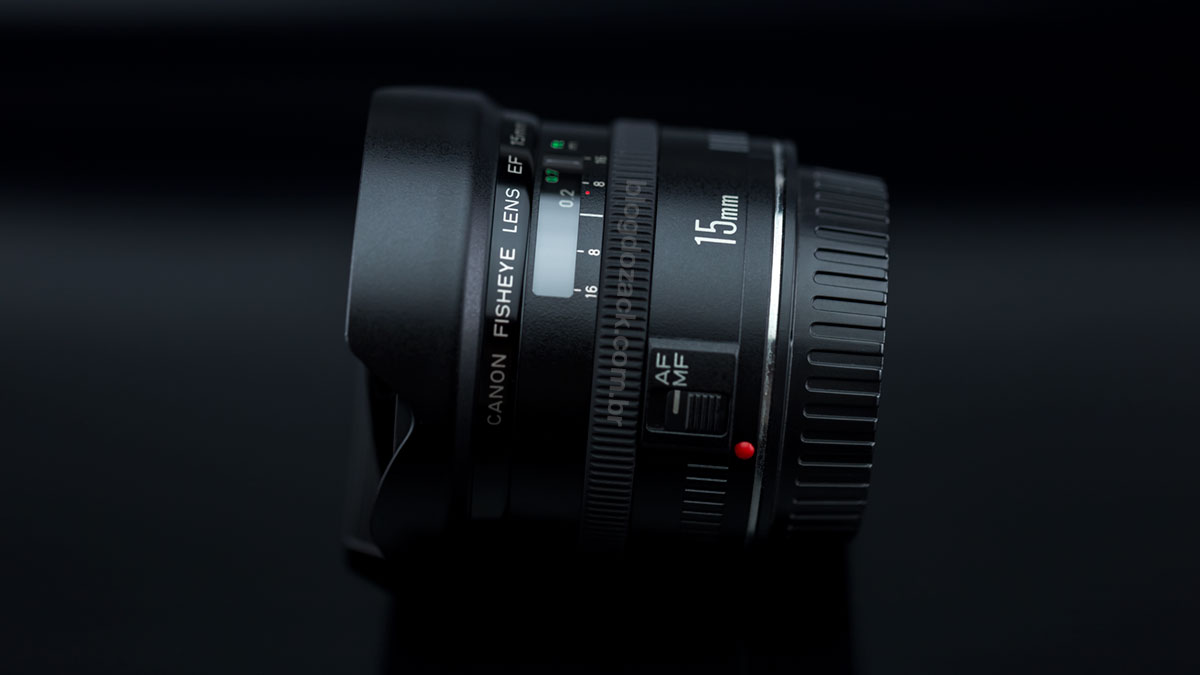 At 330g of eight elements in seven groups, the EF 15mm f/2.8 Fisheye is made of metal and is more special than it looks. It’s not a L series so the tight built makes a good impression, from the same design school of the original 50mm f/1.8 and 35mm f/2. And the f/2.8 aperture allows twice the light gathering capabilities of the the new EF 8-15mm f/4L USM, keeping the classic 15mm on most kits even today. Canon didn’t really introduced a similar product to the market, so we’re left in the limbo for f/2.8 fish lenses. That’s why I still have mine. 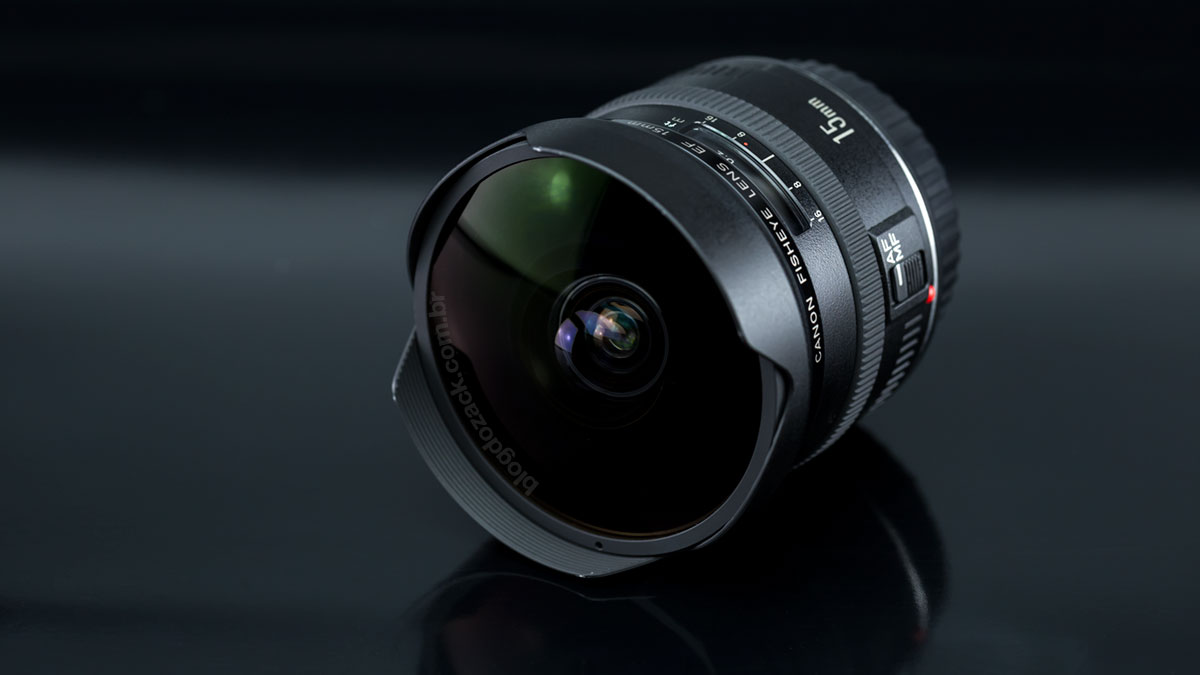 It’s very solid and feels heavy on the camera, as there’s not much space between the external barrel and the glass inside. At the front the metal cap is held by some light friction, so take care not letting it fall; it will bend and won’t mount anymore. But the lens is very discreet after all. The large front element was the biggest ever used on a fisheye lens at the the time of introduction, and the built-in lens hood is a classic ultra wide angle design. But at 6.1cm deep and 7.3 wide, it doesn’t feel much different from a f/1.4 50mm. The EF 15mm f/2.8 could stay on your camera all day without much trouble, if it wasn’t for its strong barrel distortion. 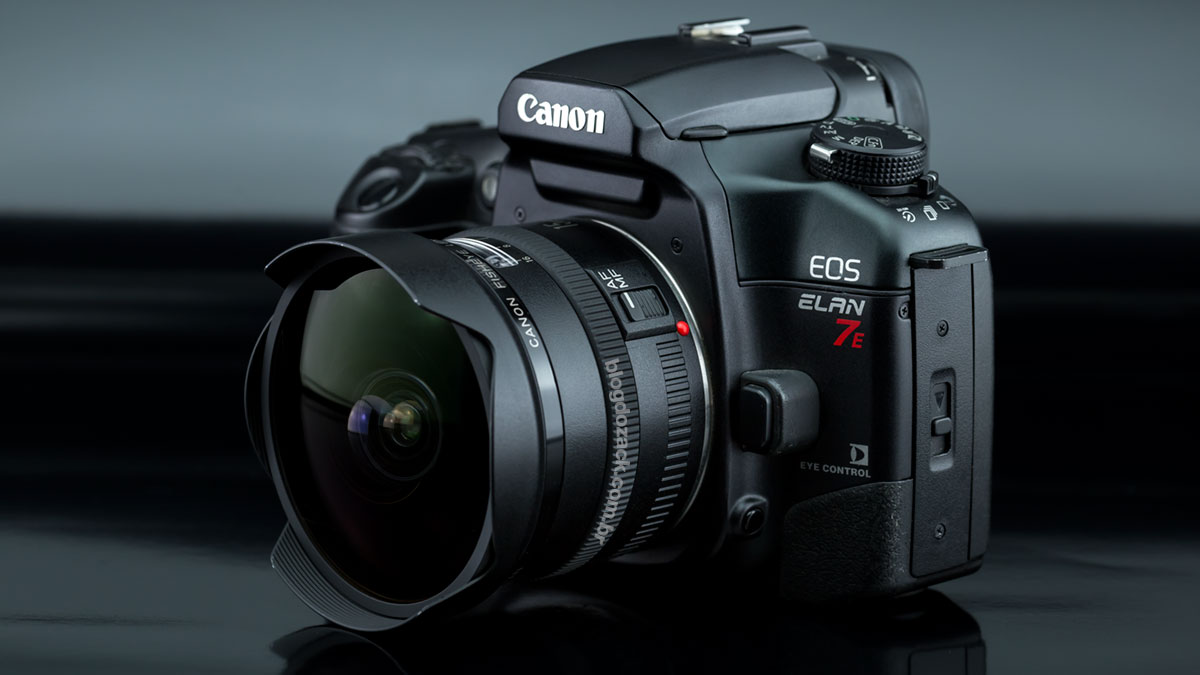 Its operation is simple with a single old school MF ring (short and shallow) and the noisy micro motor AF. It requires the correct switch position to disengage the ring from the motor clogs, then to spin freely. From the 0.2cm minimum focusing distance to infinity takes about 50º, and the feedback is awful. There’s a ton of friction and feels like a sand paper. You can get some precision from it, but it’s far from the pleasure of use of newer models. And my AF motor broke down. I let the box with the lens inside fall, and now I can only hear some clicking when I send power from the camera; no more AF. I tried to fix in São Paulo but they asked for a 60 days service. Forget about it. 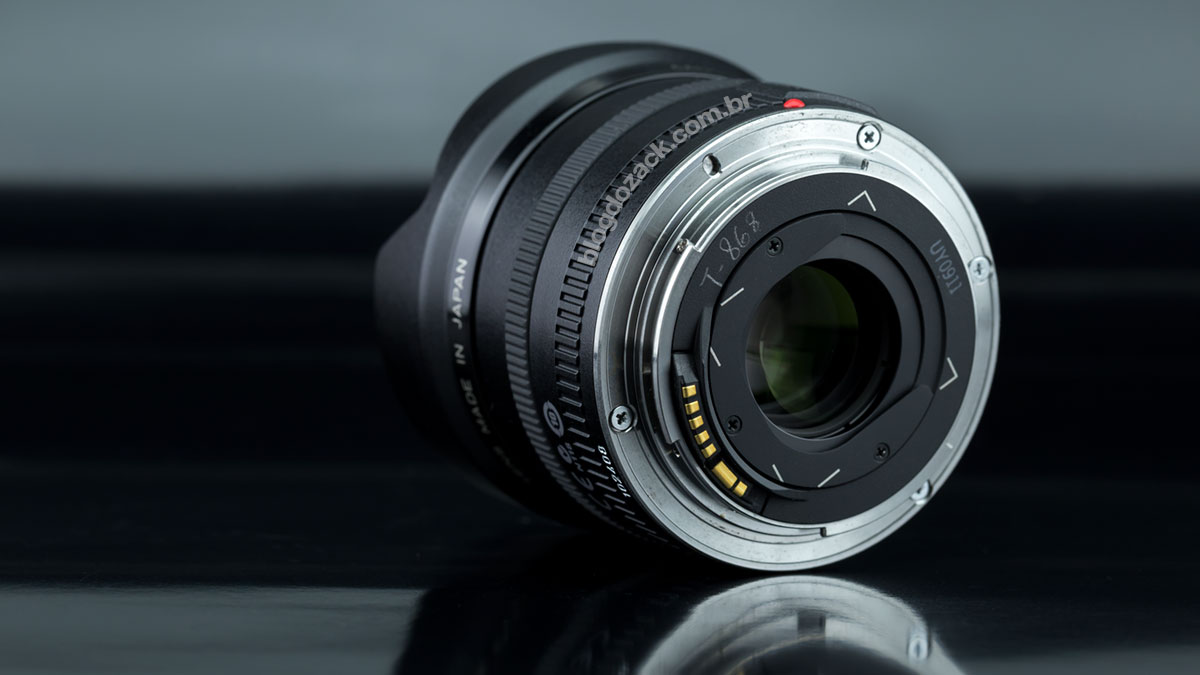 The whole glass piece moves inside and you can see the front element moving back and forth. Because of the extreme angle of view and convex front element, you can’t mount filters. But there’s a gel holder at the rear, inside the metal mount. Last, there’s a distance window at the top with f/8 and f/16 DoF markings. It’s a very raw design but it gets the job done. I would probably still love my copy if the AF still worked, but for now I’m flirting with the new EF 8-15mm f/4L USM that I used sometimes. The problem is to justify the strong 180º look, not suitable for any subject. 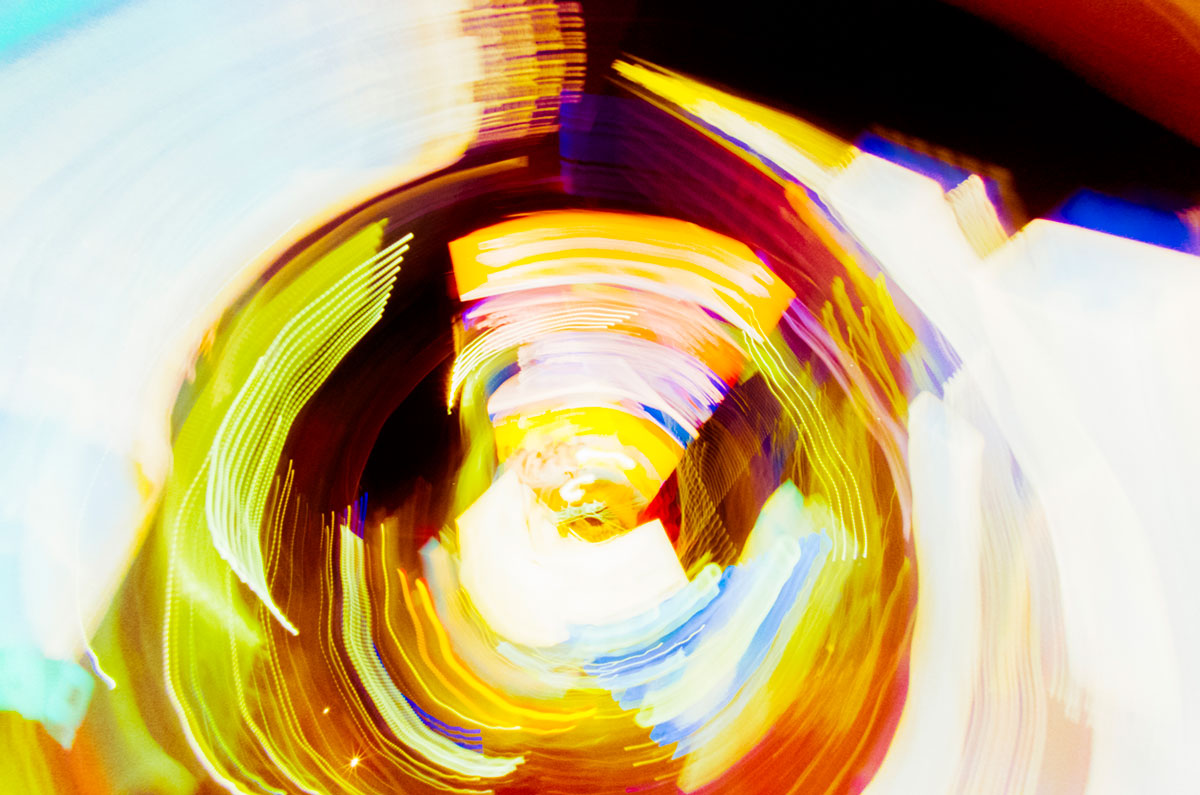 The fisheye look is “not suitable for any subject” but shouldn’t be left out of your kit. And the image quality of a real fisheye lens is years ahead of digital or screw-in filters, and depending on the area you’re working with (like extreme sports), it’s almost mandatory. It’s nice to include the scenery with your subject, like most ultra wide angles. But at 180º you won’t “include the scenery”, you’ll include the whole world, making it hard not to fall in love with the pictures. You won’t show one building, you’ll show the block. You won’t show the stage at a show, you’ll show the crowd. 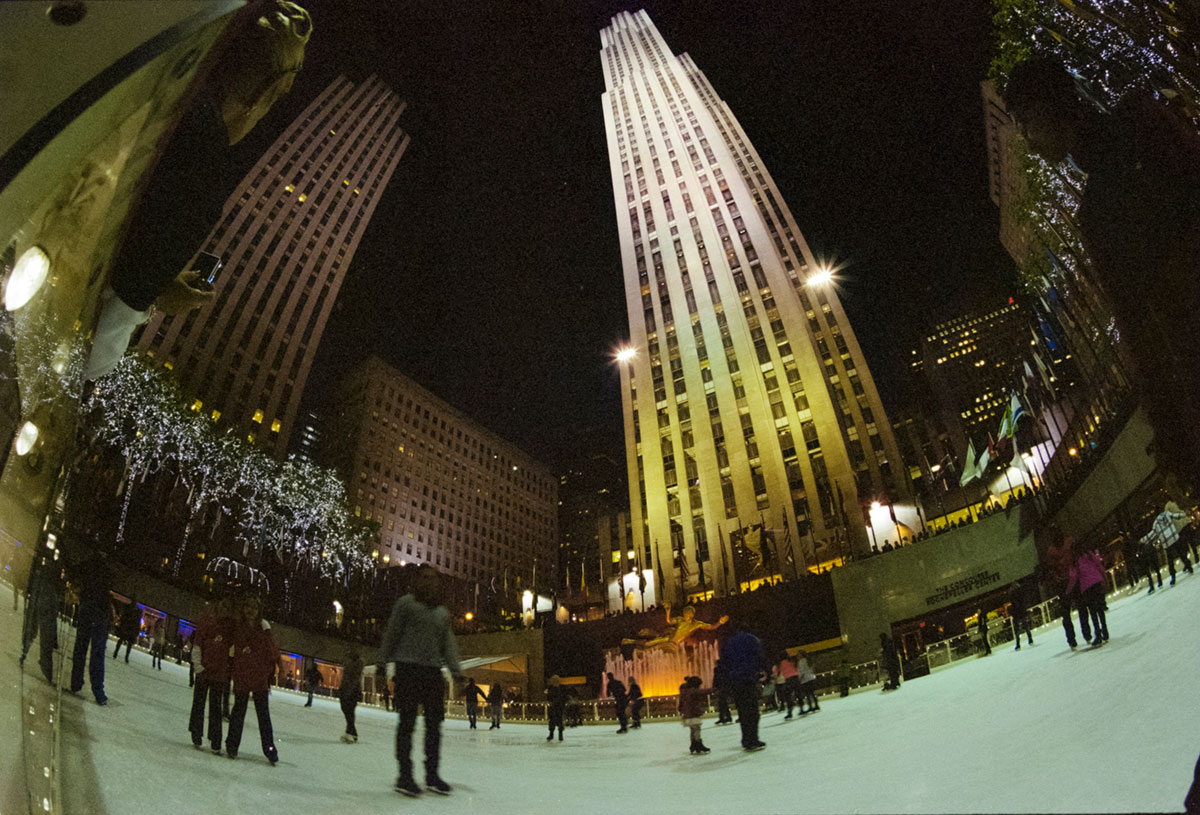 And the typical Canon look is all there. We once again have excellent colours, contrast and edge to edge resolution, independent of focusing distance. Actually some photographers consider this as the highest performance Canon ultra wide angle lens, and I have to agree. Not even the new EF 16-35mm f/4L IS USM and the EF 11-24mm f/4L USM can match its details around the corners, but it’s not a fair comparison; these models correct for the geometric distortion, the fisheye doesn’t. And the EF 15mm f/2.8 reigns on the lateral chromatic aberration field, specially on digital captures. Those colourful lines around contrast edges are very heavy, and show even on web output, demanding correction. It’s not as visible on film, that’s why it lasted so long on the lineup. 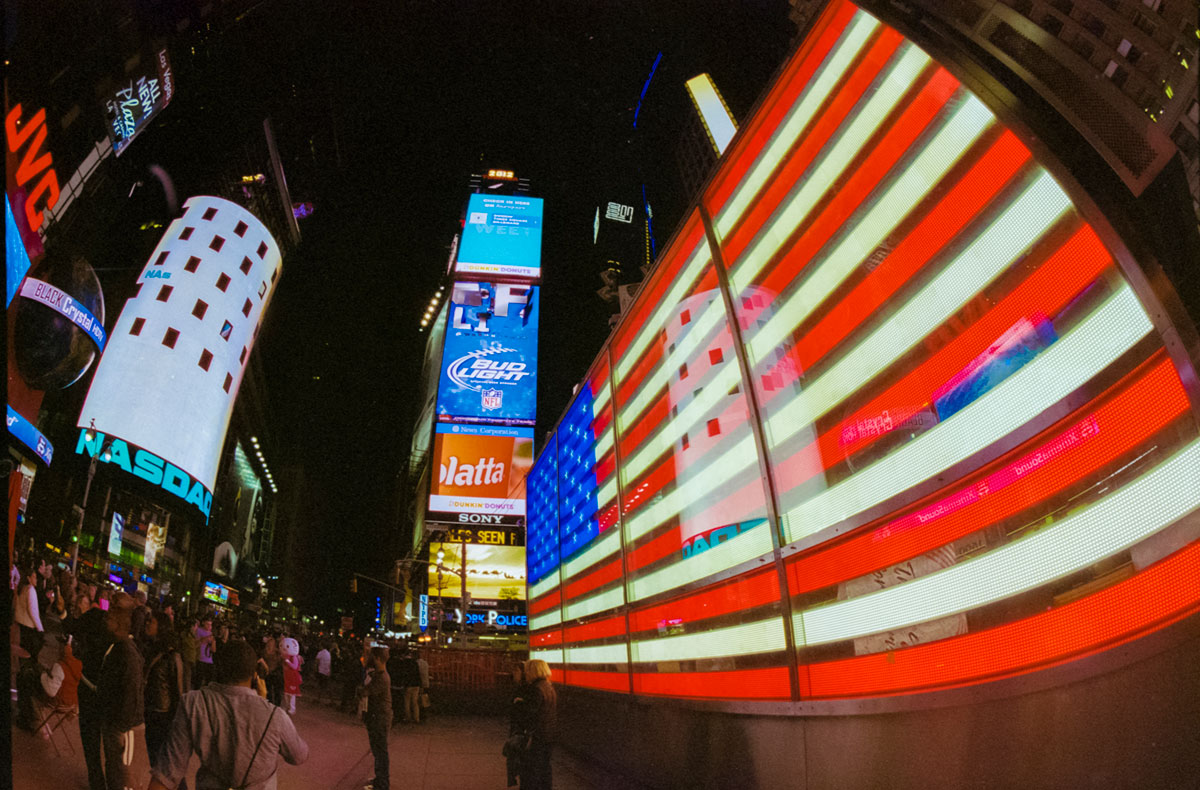 The f/2.8 is actually curious because the depth of field is short even on an ultra wide lens. The minimum 20cm focusing distance makes it easy to isolate your subject and the out of focus background is pleasing to look at. And on distant scenes like landscapes, the corners doesn’t lag behind in resolution. It works for low light nature shots without raising the ISO or using a tripod. The astigmatism that is born with the rectilinear projection is not present on fisheye lenses, so light sources are kept as clear dots around the frame, great for stars on long exposure sky shots. 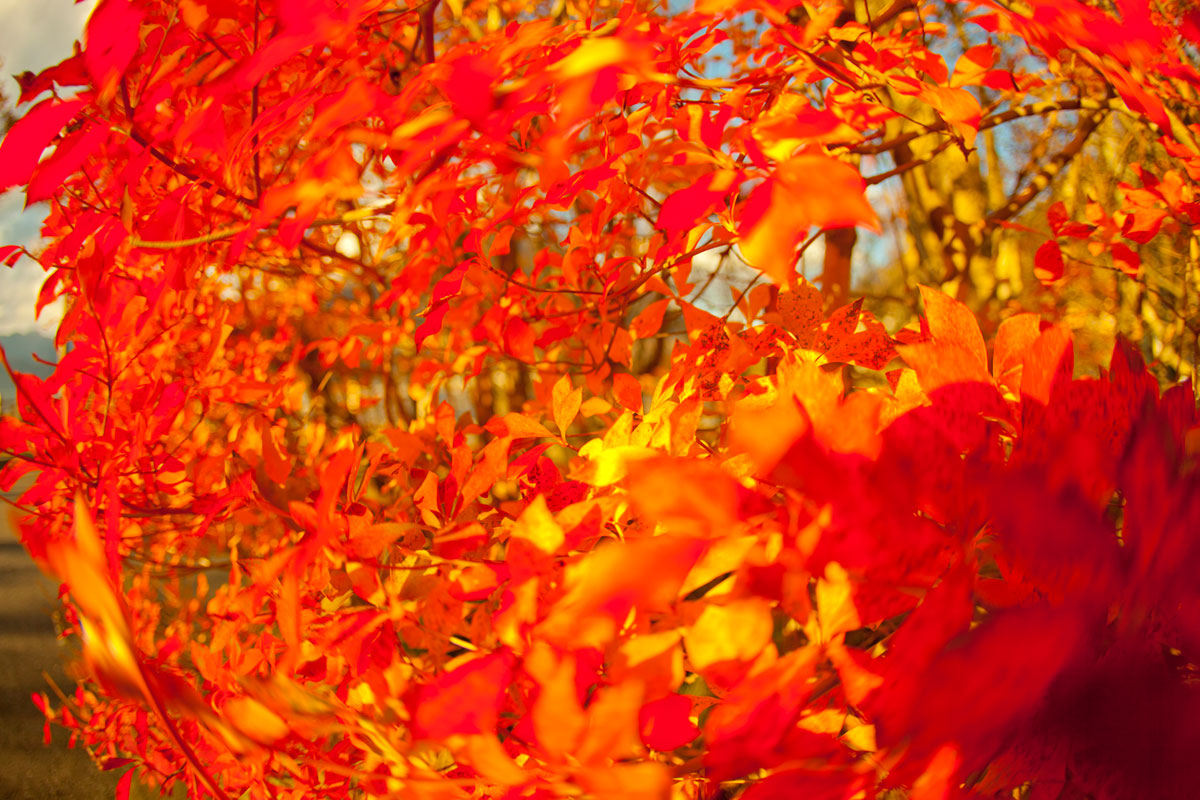 100% crop, and smooth bokeh on the background. 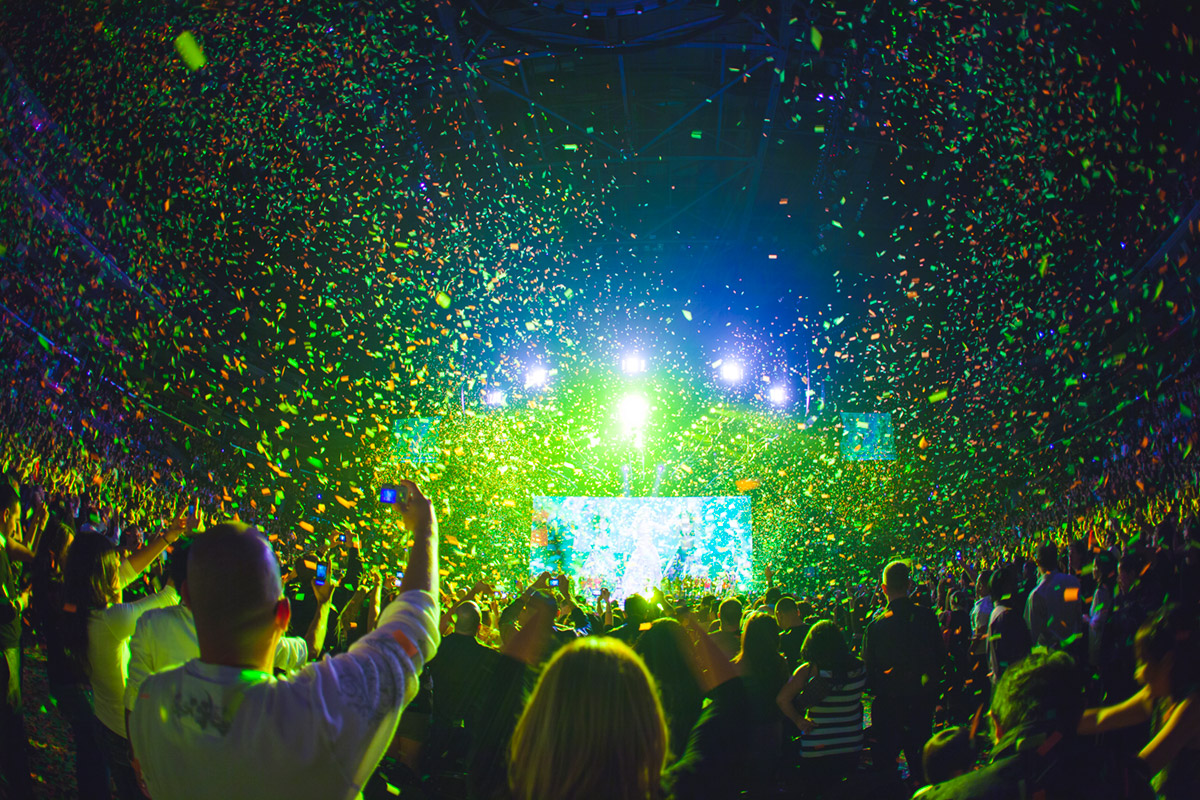 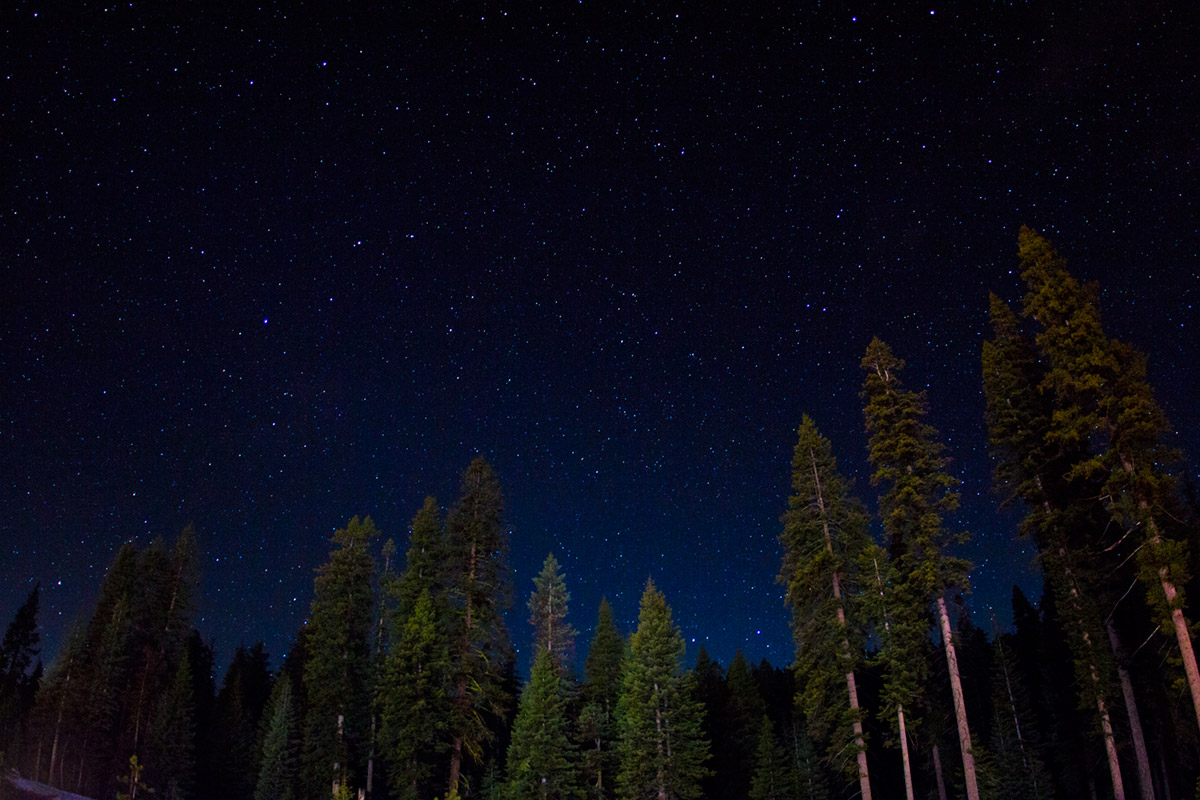 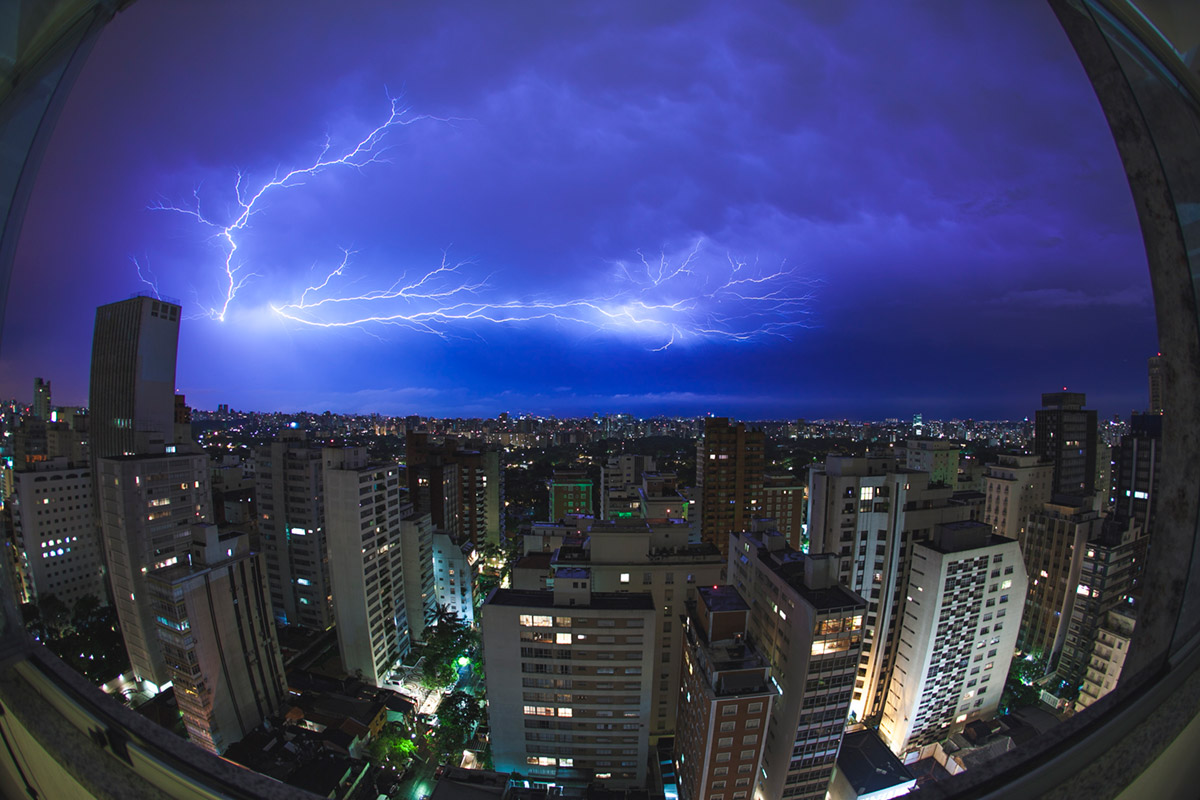 100% crop, the highlights won’t get weird around the edges.

Stopping down solely controls the exposure, the highlight shapes due to the pentagonal aperture, and the ten strikes stars of the five blade system. And they have to look good because the light source will rarely be out of your frame. You really have to set the sun at your back for it not to show on your pictures, one thing I deliberately don’t do. But the contrast level remains perfect and the flares won’t ruing your shot like the ones from the EF 16-35mm f/2.8L II USM. The results are as unique as the distortion. Not every lens handles the sun so well like this fisheye prime. 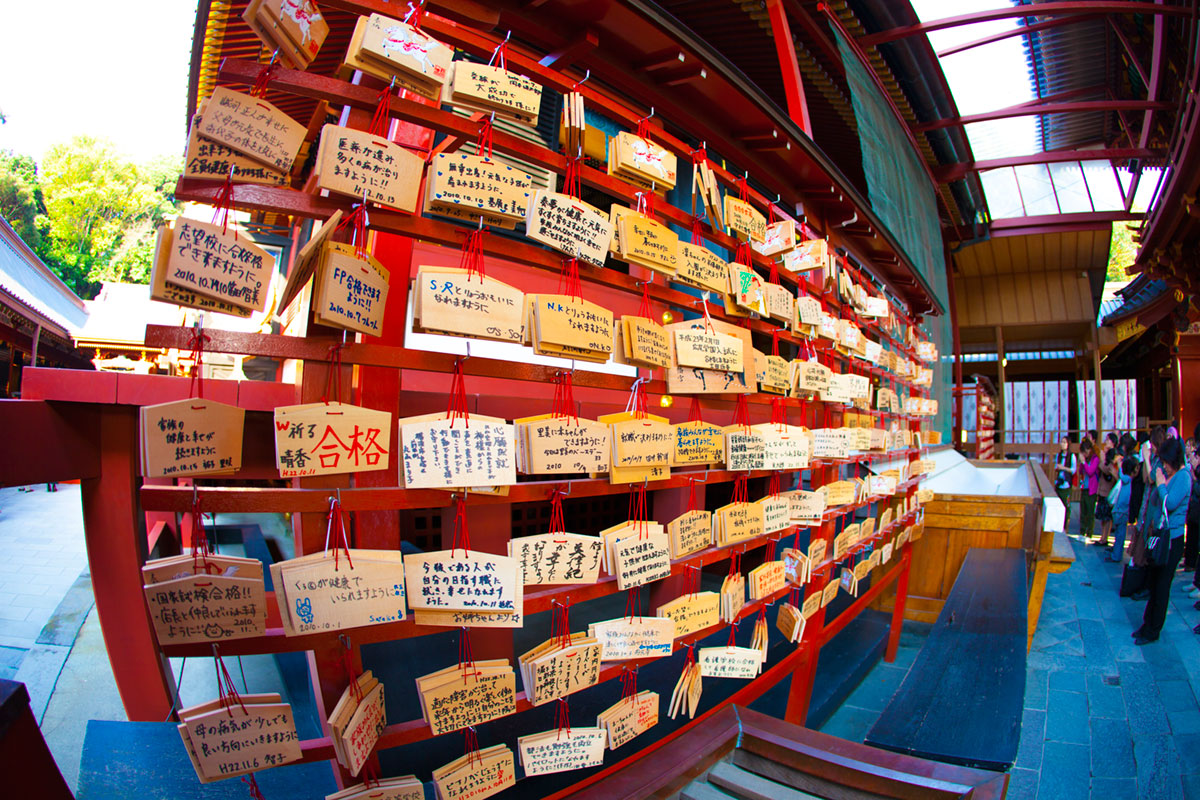 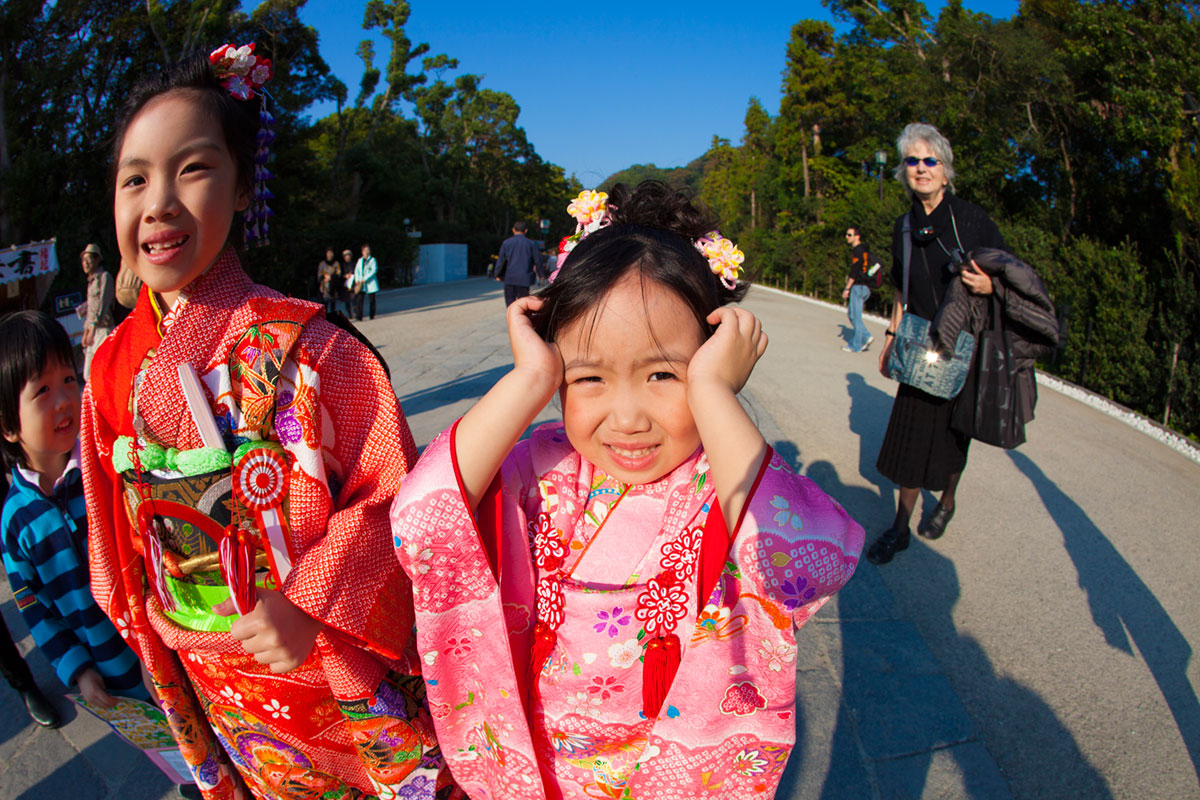 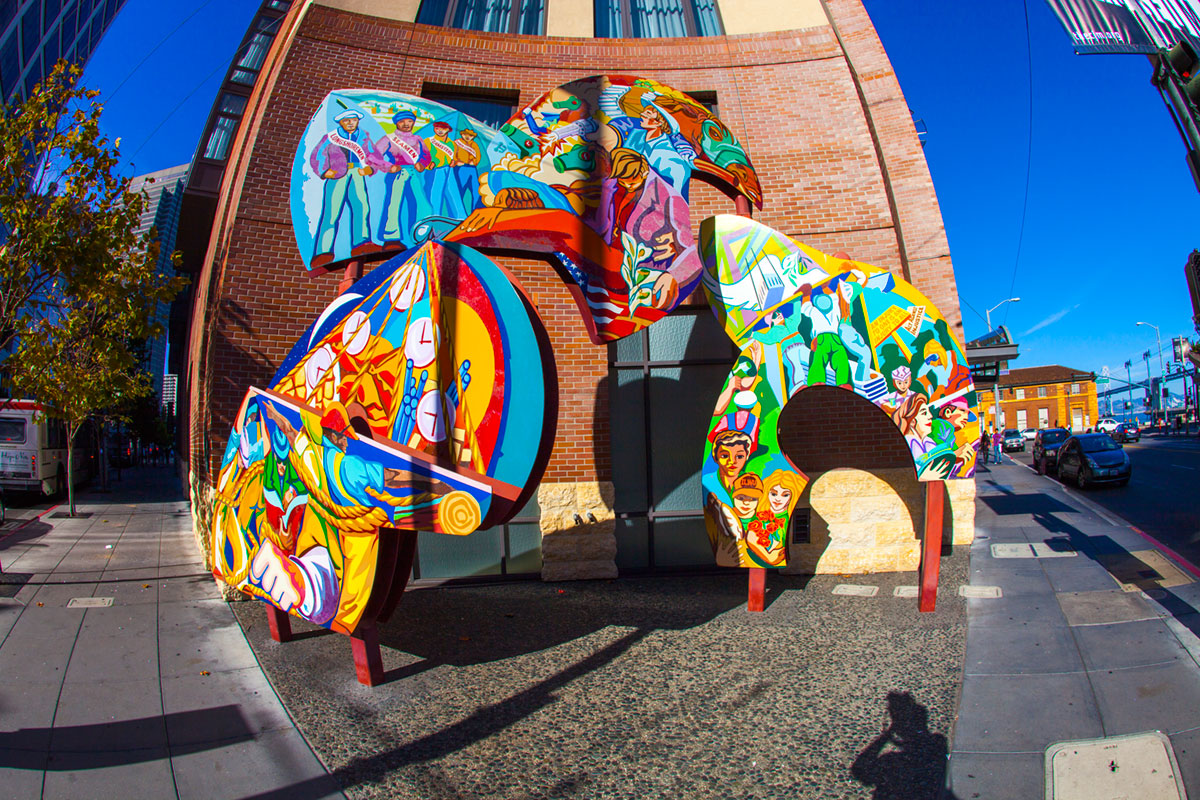 The only issue lies on the heavy chromatic aberration on graphics, contrast edges like glass windows, branches against the sky and chromed objects. As I have some background on advertising, it’s natural to exaggerated on the colour at post processing to sell a better image than reality was. And the lateral CAs are chaotic after some “vibrance” adjustment on Adobe’s Camera Raw or Lightroom. At least both softwares can perfectly correct this with a single “remove CA” click and a +4 defringe setting. God bless Photoshop and the issue is there due to its high resolution. 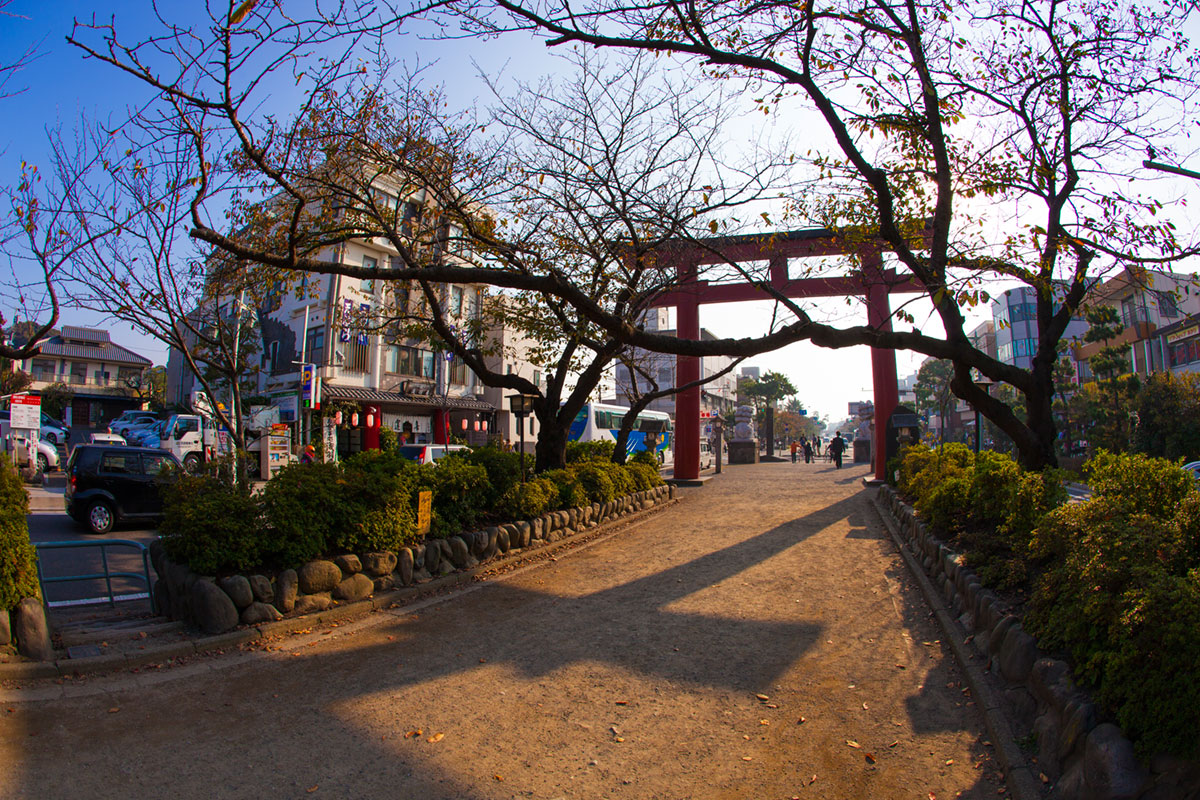 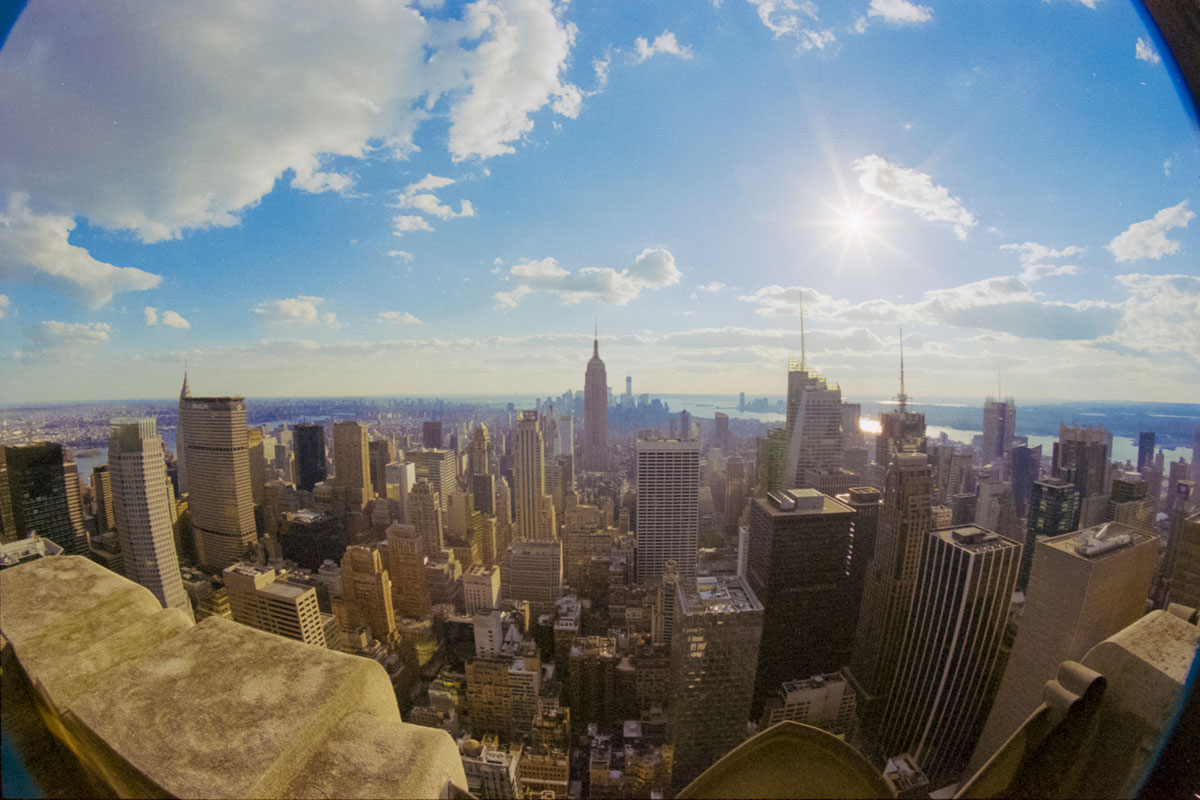 100% crop, film makes it harder to see some chromatic aberration. 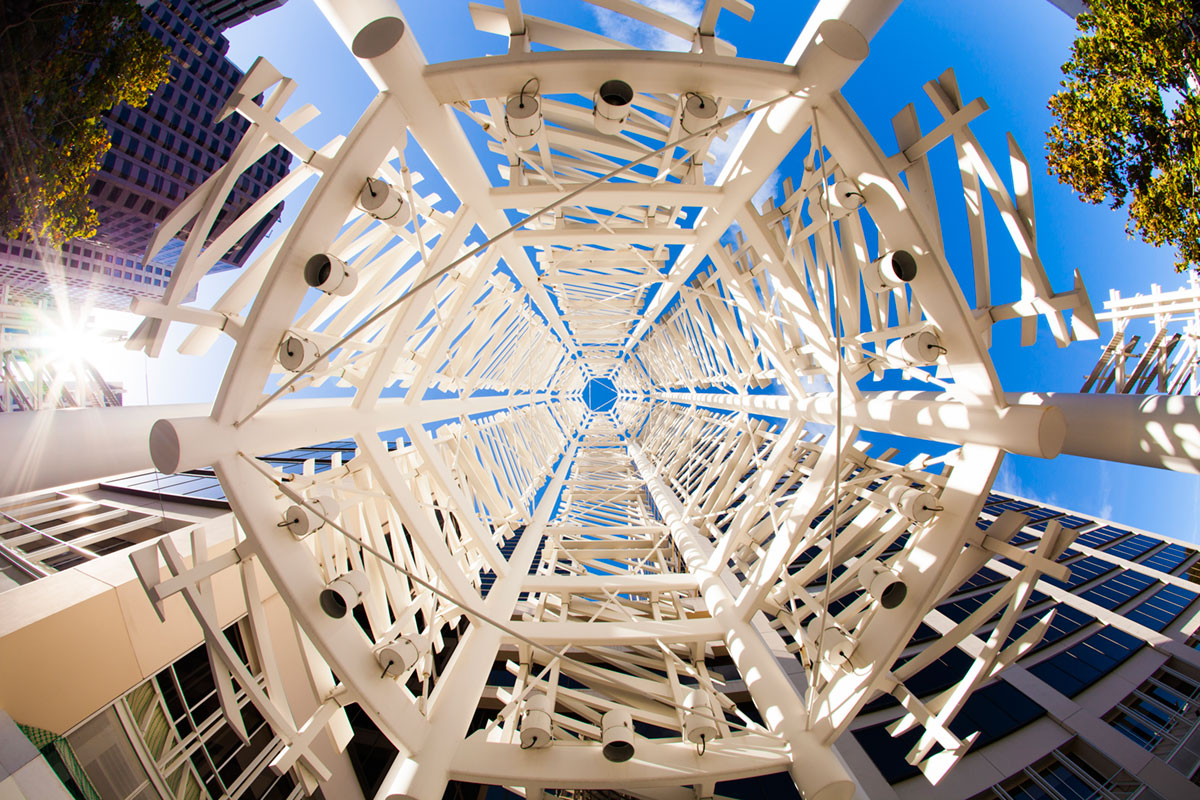 The last time I used the EF 15mm f/2.8 Fisheye was when an art gallery asked for a “GoPro” look on a video essay; a camera I don’t have but knew what they meant. And that was two years ago! So I don’t use it as much but don’t regret keeping it on my kit neither. If you can find it on the second hand market, it’s an easy choice for full frame shooters. On an APS-C camera only the 8mm lenses will do the same thing, so you’d have to opt for the US$1349 Canon EF 8-15mm f/4L USM to kill two birds (APS-C and full frame fisheye), or four (native fisheye or software rectilinear correction); or even five (a circular 8mm full frame image) with a single rock. Nice shooting!