April/2015 - The Sigma 8-16mm DC is for the APS-C format what the 12-24mm DG is for full frame: the widest angle zoom lens on the market at 122º, with a rectilinear, non-stereographic projection. For such, the complex optical formula depends solely on special glasses, with three aspherical pieces, one hybrid and two glass mold; and four “FLD”, that uses an artificial formula to produce similar performance to natural fluoride, with excellent clearness. At US$699 it is not actually cheap for an APS-C zoom, but its results can easily take the place of larger, more expensive full frame kits. Considering the APS-C market we have newer, brighter, cheaper and stabilized options, is the Sigma 2mm advantage worth the price? Let’s find out. Nice reading! 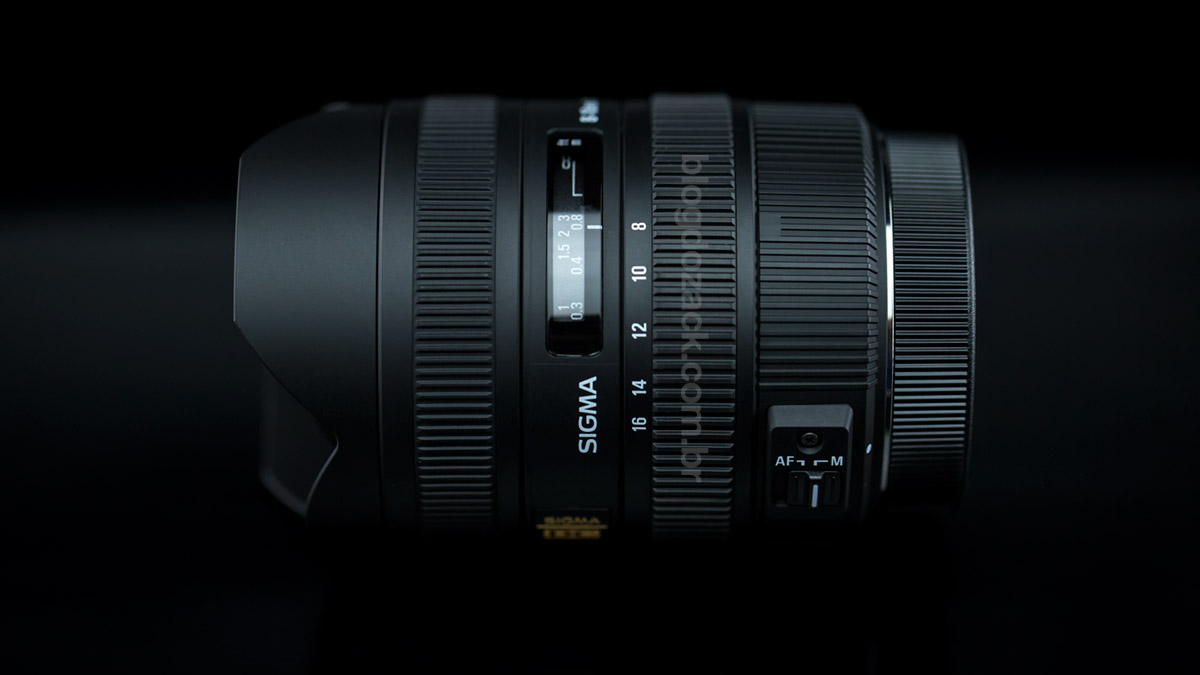 The 8-16mm f/4.5-5.6 DC HSM presented in february 2010 is the second and last “non Global Vision” lens we’ll see on blog do zack, prior to the “Art” line. Together with the 12-24mm DG II HSM, we have two “hybrid designs” that got rid of those weird gold rings from the past, but didn’t quite get the Global Vision treatment. Sigma was over the fence on how to use its logo, as we have both embossed golden plate and white prints side by side on the body. And there’s even two generations of the 8-16mm: one with a sand like texture finish, and another smooth dark grey. B&H Photo sells the dark grey model and it comes with the new, skinny “Global” lens cap at the front.

On your hands it feels solid and the 555g are hefty when carrying all day, we’re not in Canon and Nikon plastic camp anymore. But it’s a good thing: Sigma seems like the only brand giving TLC to the APS-C format, be it for bold optical designs (like 8-16mm, 18-35mm f/1.8), or the great build quality. The grip features a mix of rubber and plastic near the mount and rings, the built in lens hood, typical of extreme wide angles, is made of metal. You can feel the unique tactile feedback on grippy parts, better for precision, and colder parts, where your hands shouldn’t be. It’s well balanced and doesn’t feel front heavy. It’s on a level of its own on the crop market. 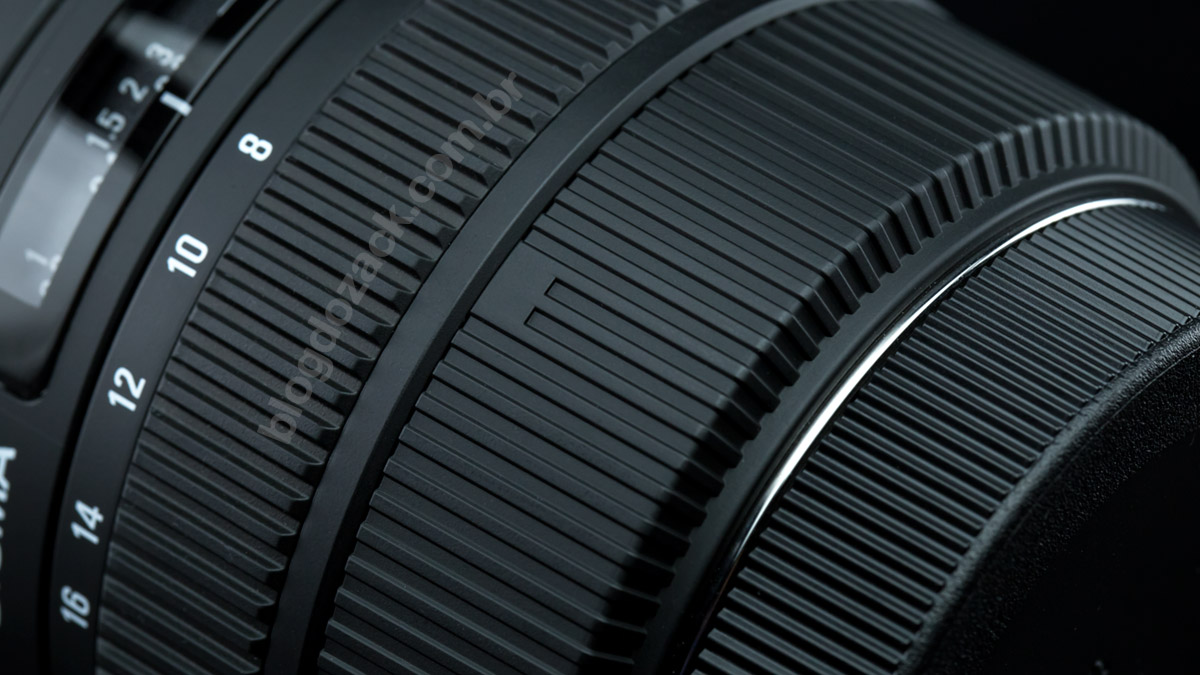 Borrowed from the 12-24mm are, besides the finishing, the ease of use with smooth rings although heavy to the touch, precise; and the double use lens cap. You can remove only the front cap to reveal a ø72mm filter thread, very useful on the wide angle but with the same catch as the DG lens: it will create vignetting at the wider angle (it’s gone at 16mm), and won’t even work with the Blackmagic Cinema Camera. That’s why I chose to keep the Canon EF-S 10-22mm and its ø77mm filter thread. But the filter ring can be removed to allow the 8mm to work, but with no filters. 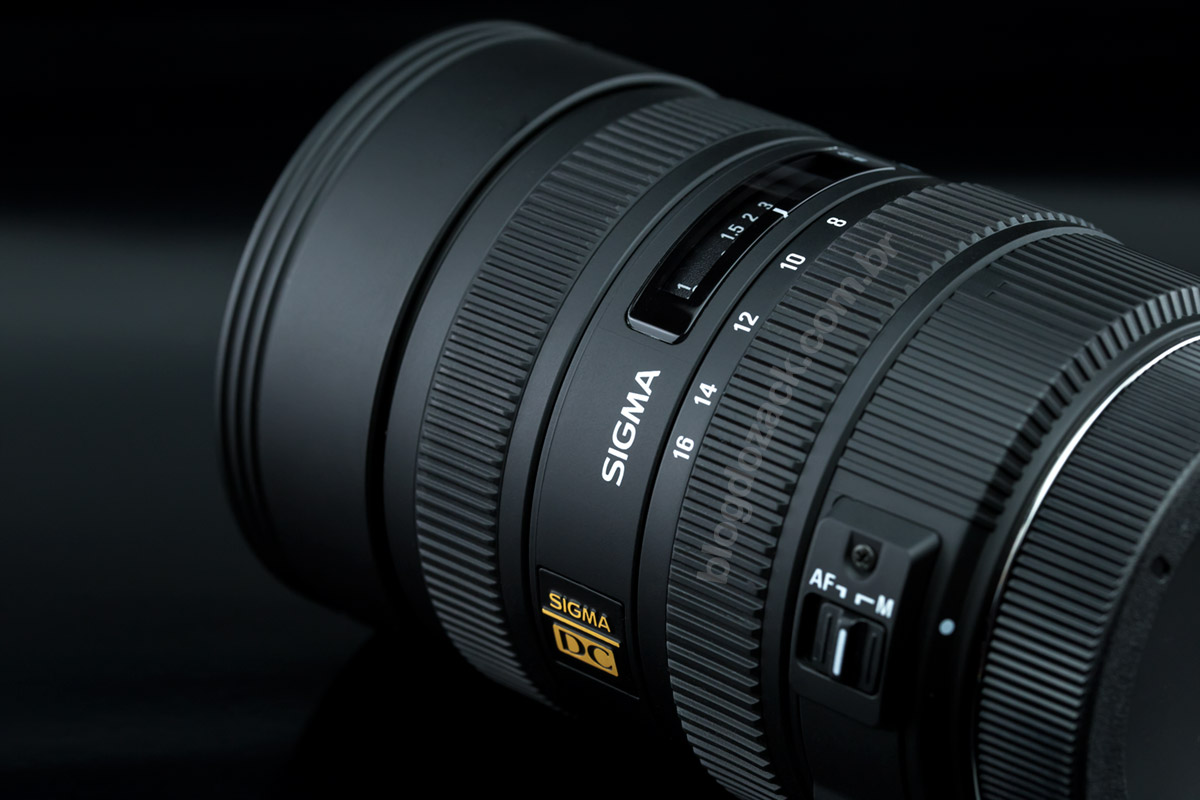 The auto focus is driven by a HSM system that is silent and fast, specially considering other wide angle lenses I’ve used. The bizarre 12-24mm II lag is gone and you can even work without much anticipation. On my EOS M testing the Hybrid CMOS AF was quick and precise around the streets; no photo came out of focus. And it supports the full time manual, leave it on AF to use the ring for further adjustments. You can see through the distance windows that the 0.24m MFD to the 0.8m is a long, precise way; and it’s faster to infinity. Its AF is on the same class as other EF-S, it’s not as bad as some DG against Canon’s EF USMs, but also won’t win any prizes for speed. 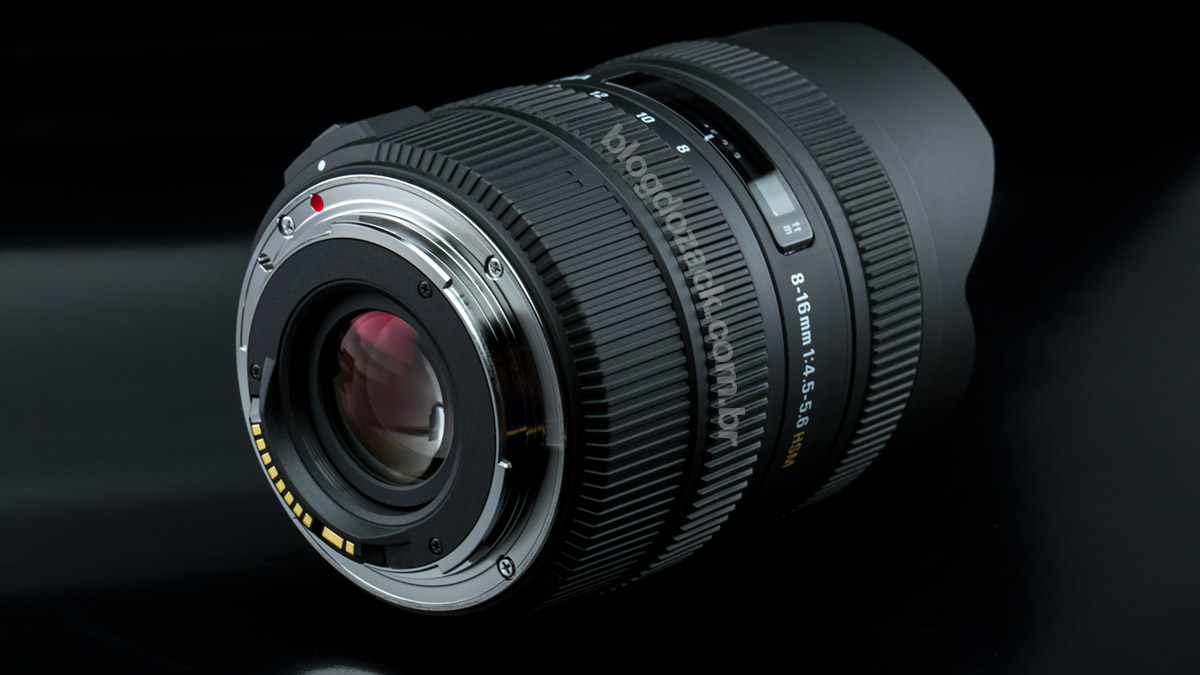 In general the 8-16mm f/4.5-5.6 DC HSM has the DNA of the Global Vision but was born ahead of its time. The optical formula is from 2010, the design is from 2011, and the finish is from 2012. It’s a young model with no chance of a near future upgrade, there’s not enough reasoning to invest in further R&D right now. But if it was launched today, what would Sigma call it? “Art” because of its built, or “Contemporary” because of the variable aperture? The answer might be on the images. 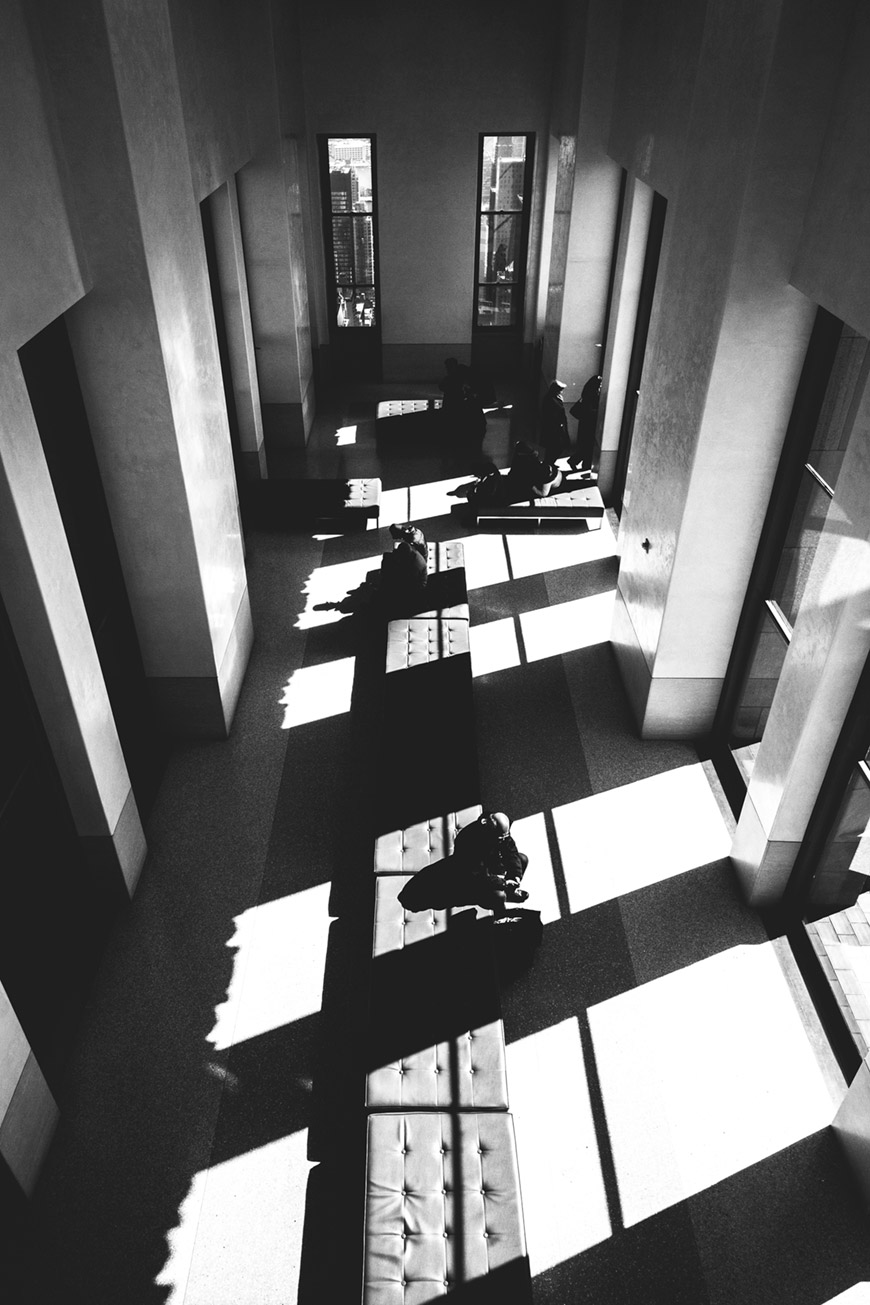 With a f/4.5-5.6 aperture and DC spec, the 8-16mm is not a “fast” lens and touches the diffraction limit of most APS-C sensors, with over 18MP. So they made it work wide open and took care of the rest to correct chromatic aberrations and astigmatism. And frankly? They did it in 2010 what Canon could only deliver in 2014 on the 10-18mm. Sigma’s files have plenty of resolution for large prints, well controlled distortions and the contrast is very high even with strong light sources in the frame. After Nikon’s AF-S 14-24mm and Sigma’s 12-24mm II DG HSM on full frame, the 8-16mm is without a doubt the best UWA I’ve used. * All photos with the EOS M. 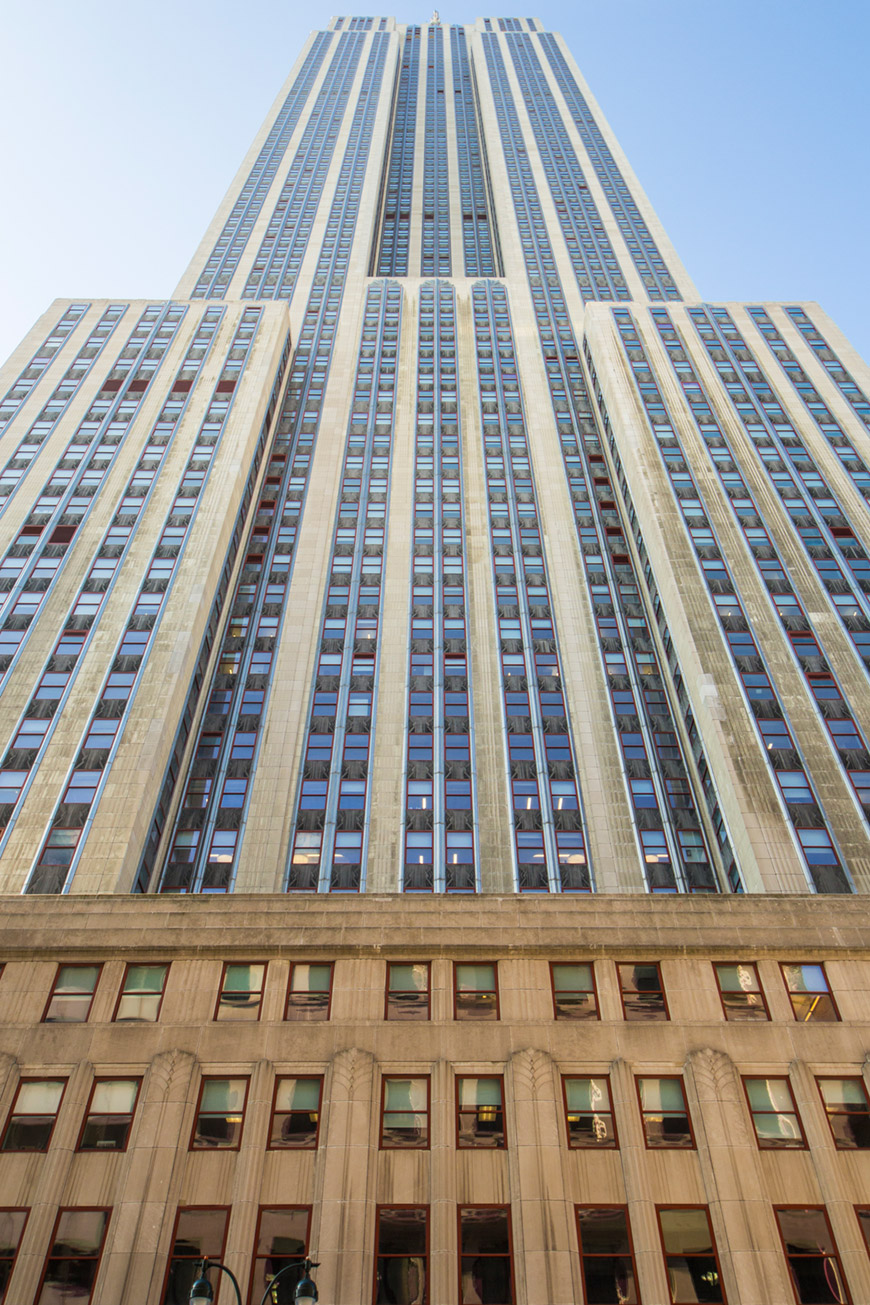 As soon as f/4.5 the center resolution is excellent, rendering perfect details and textures on whatever falls in the focal plane. Bricks and distant windows on buildings, signs and people faces on urban scenes, trees on landscapes… Are all rendered with much better fidelity that the EF-S 10-22mm on the same aperture, giving new meaning to the APS-C format. Honestly the results I get with the 12mm on the 6D are not way ahead of the 8mm on the EOS M, making more sense to use the smaller format instead of the bulky full frame system. 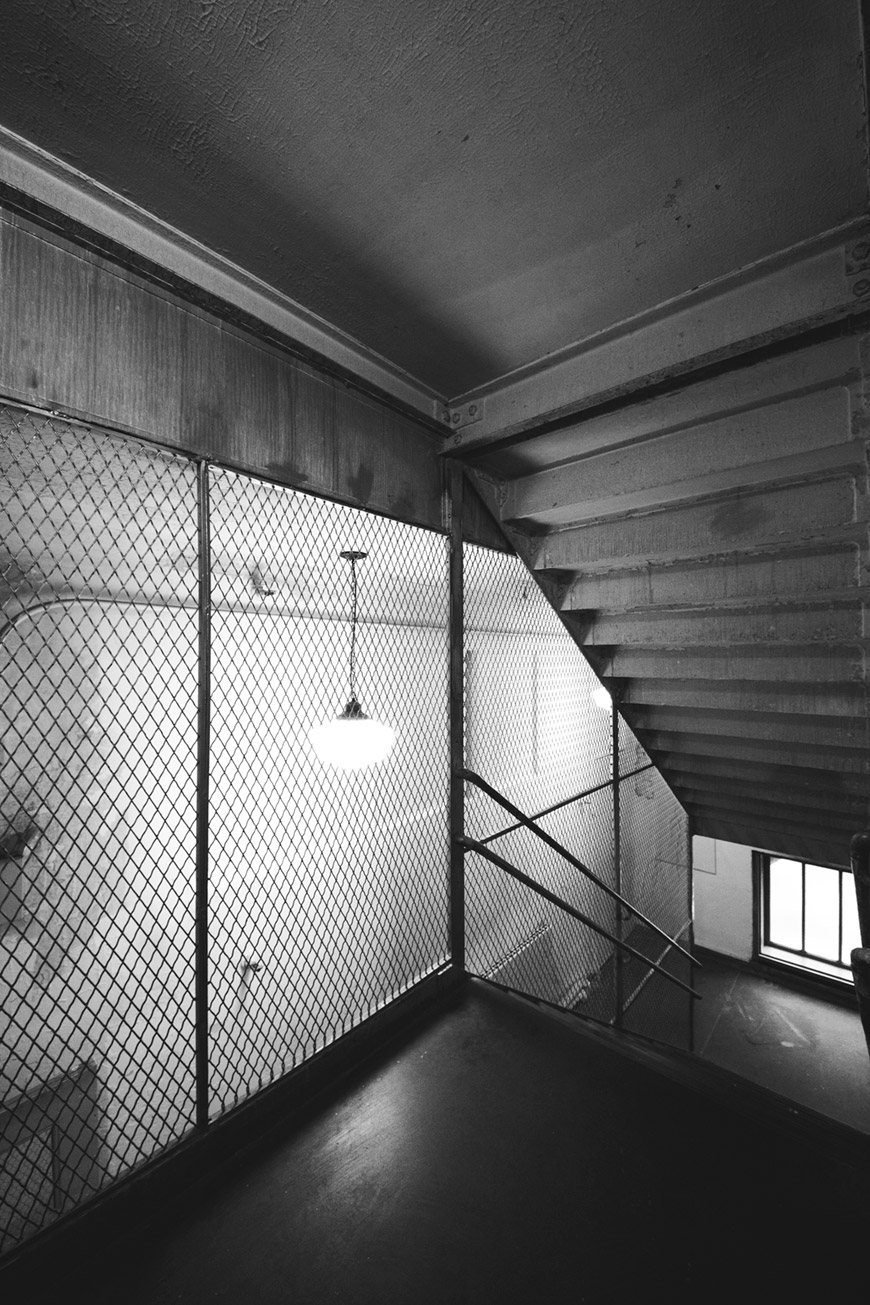 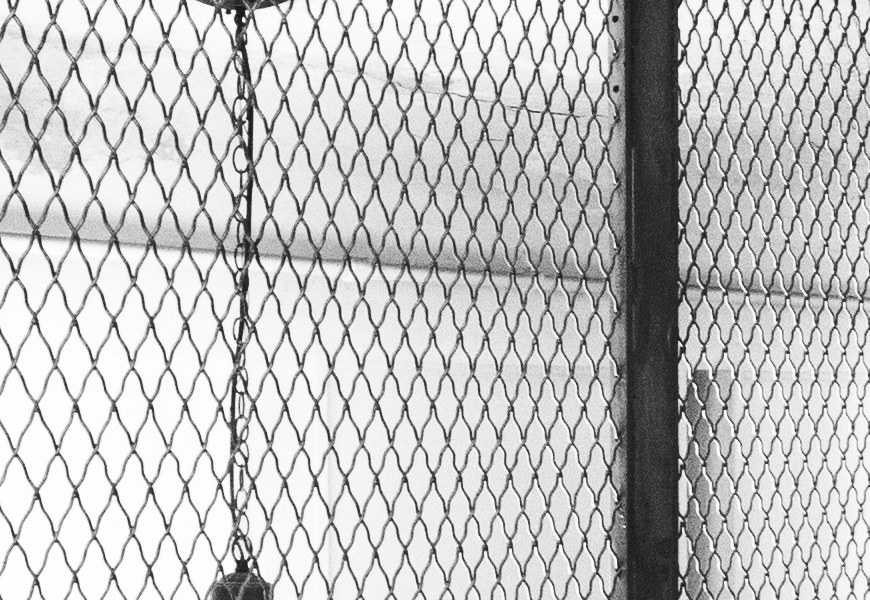 100% crop, impeccable contrast and resolution in the center at f/4.5. 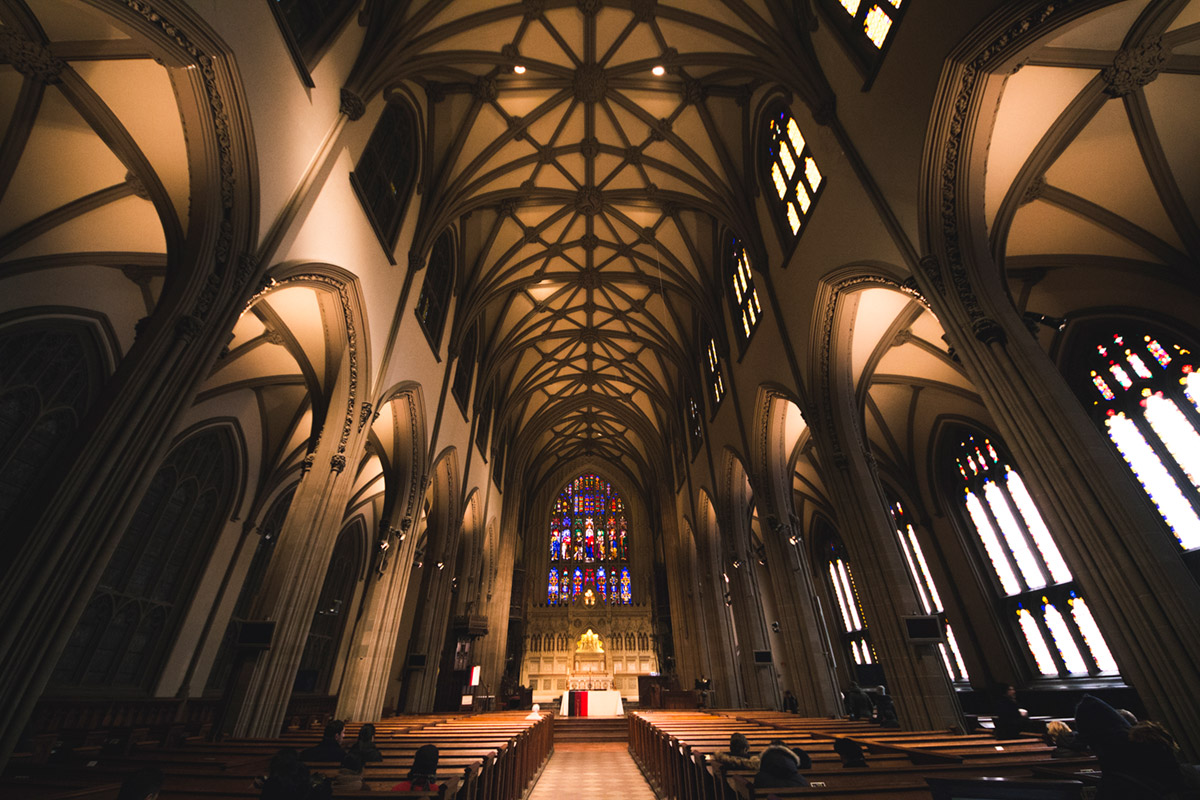 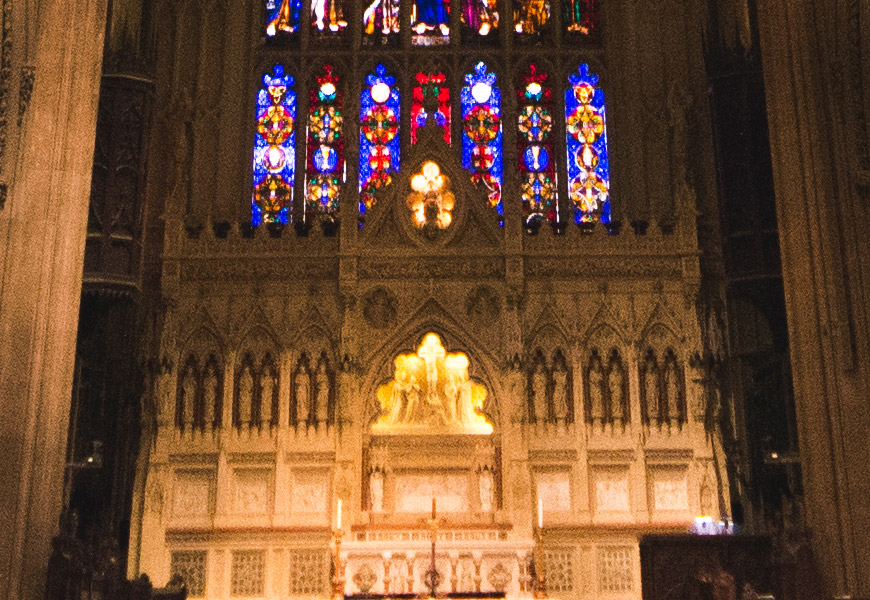 100% crop, it’s easier for details to be washed out by high ISOs than any optical shortcomings. 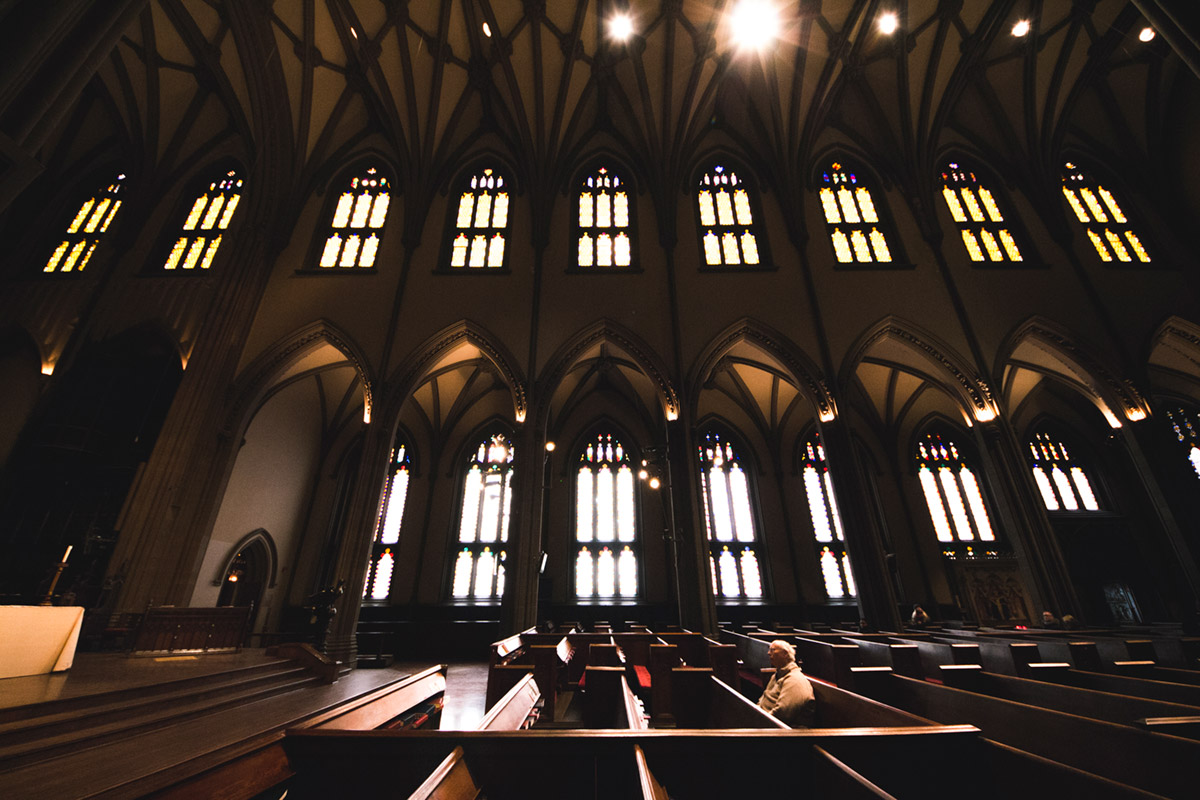 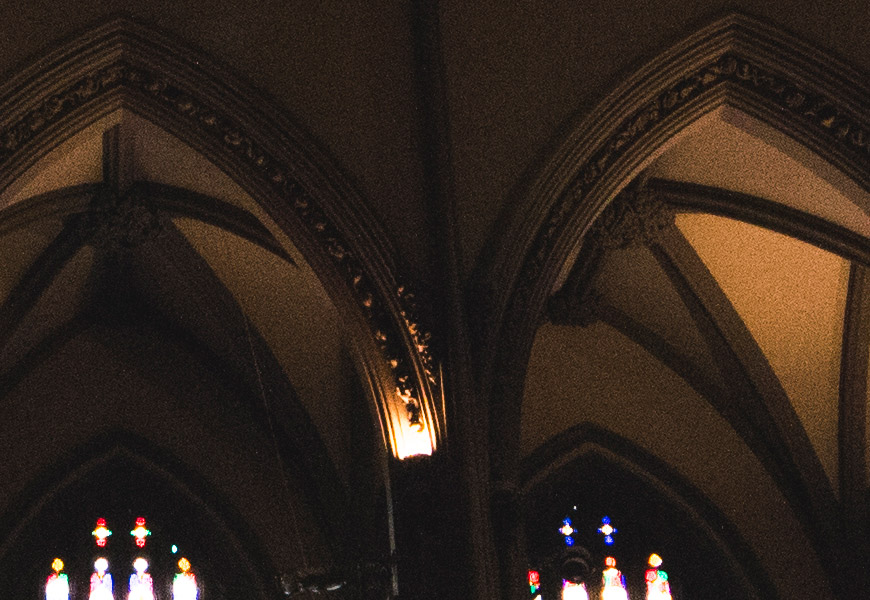 Even around the edges the resolution is “ok” from the f/4.5 at 8mm to the f/5.6 at 16mm, but actually it’s light years ahead of the 10-22mm. The astigmatism is much better handled and doesn’t take the sharpness away from spots of light. It’s easier to loose resolution from a bad focal point, too in front of the subject, than because of any optical flaws. This is where most “chart shooting” review sites fail: yes, the 8-16mm is great from corner to corner wide open, but it’s harder than it seems to get a sharp photo from tridimensional objects. 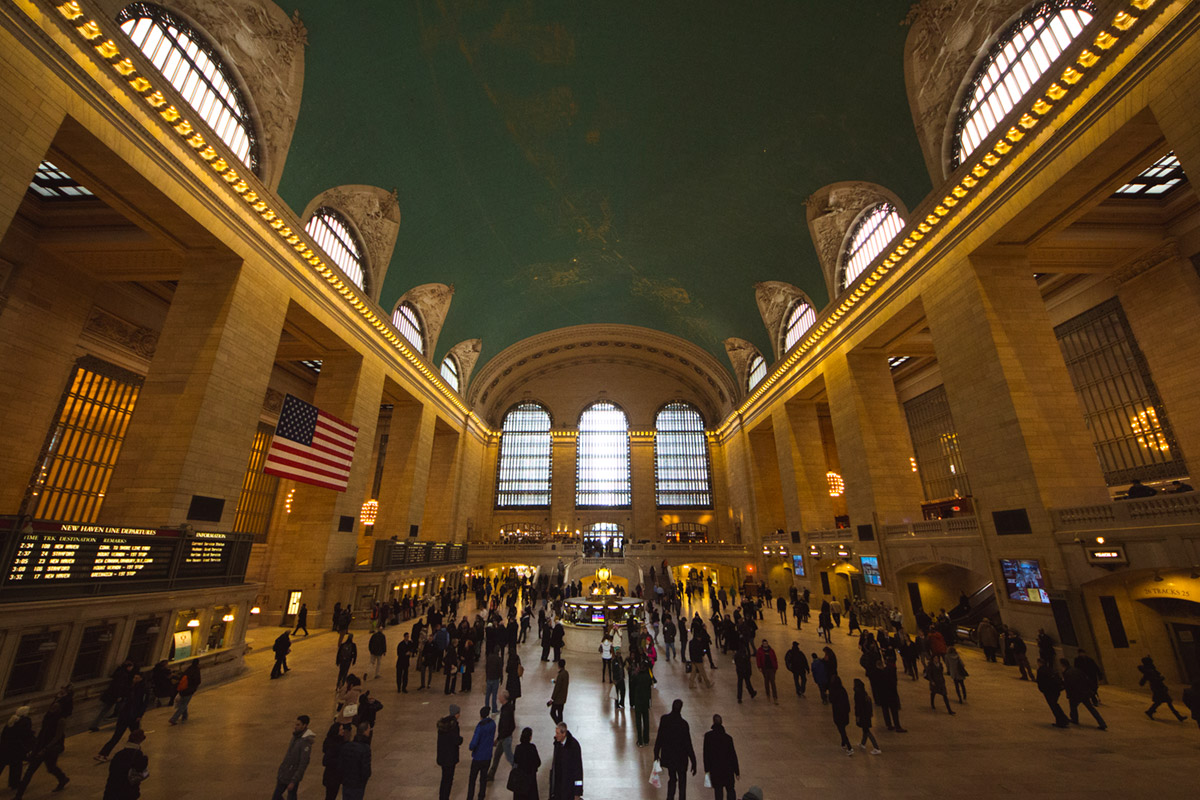 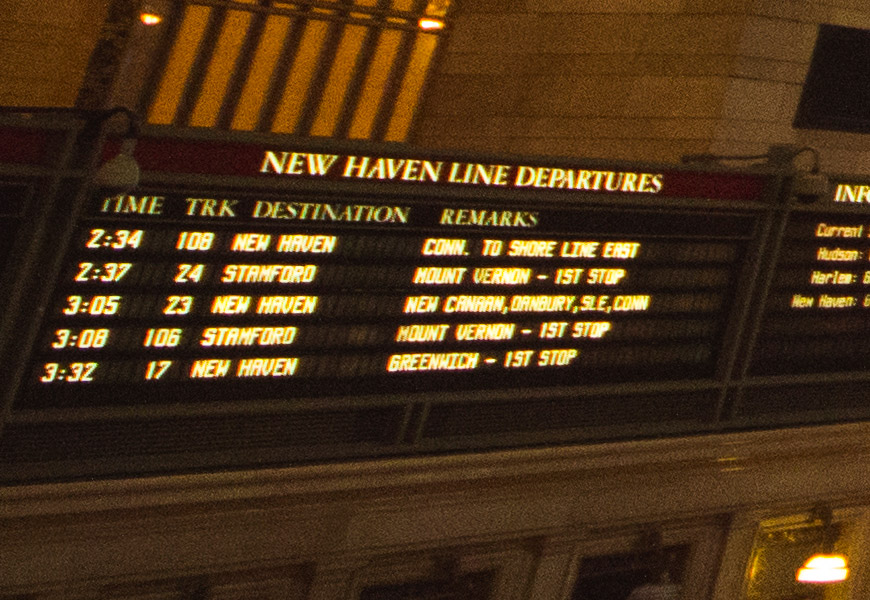 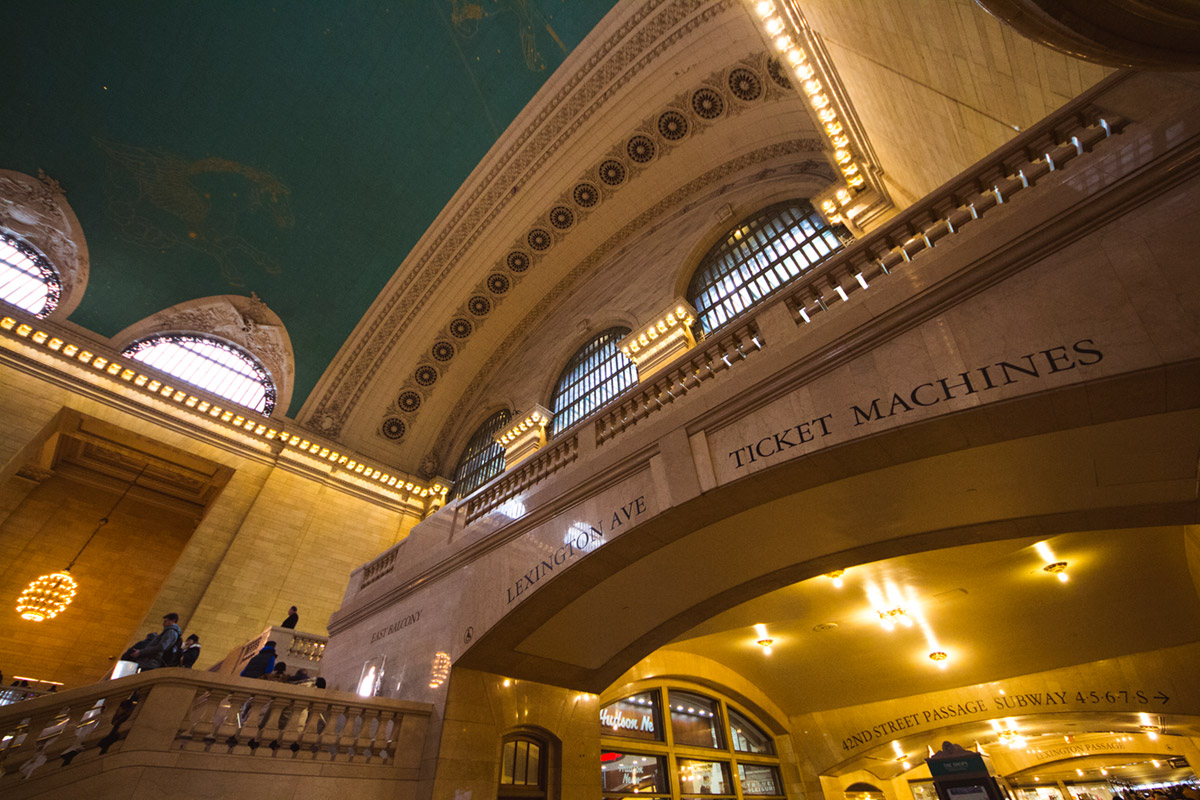 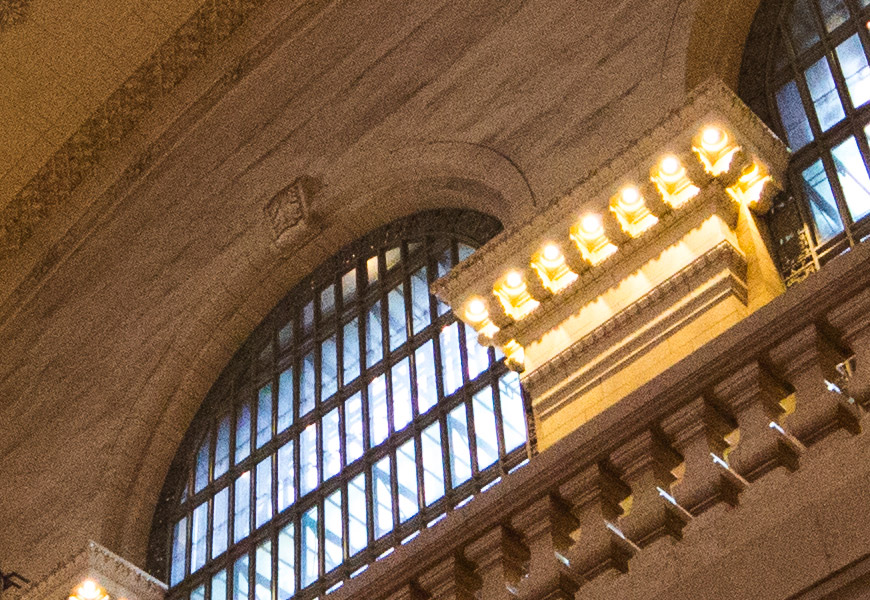 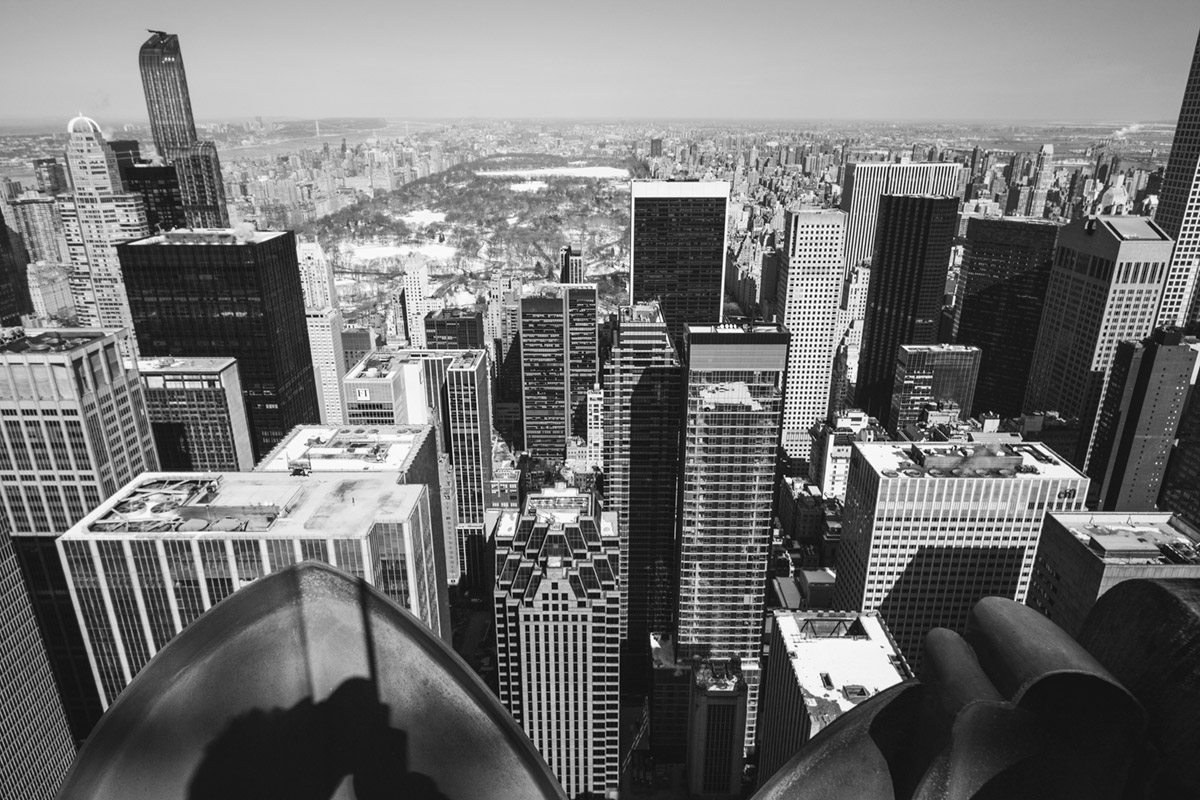 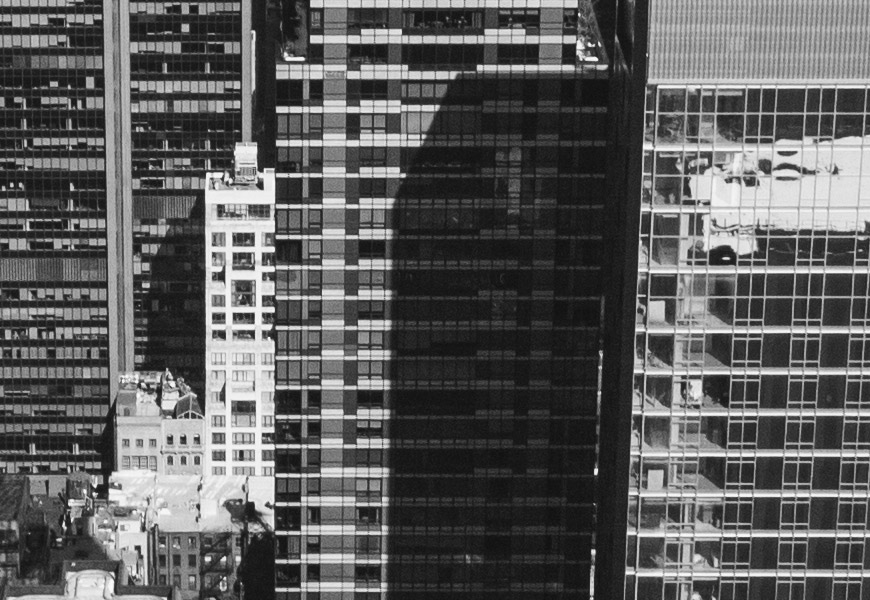 Stopping down to f/8 and corners are near excellent, a big surprise comparing to larger formats: the 8-16mm can easily take the place of full frame’s 12-24mm. Interior design photographers will find it much easier to carry the EOS M all day instead of the outdated giant paraphernalia. Depending on your light and technique, you can convince your clients with minimal scene intervention. I’ve seem retail photography shoots that had to be done at night, with an empty store, not to disturb business. The result: ghost stores! The APS-C format can get the same extreme look, but without the mess, at any moment. 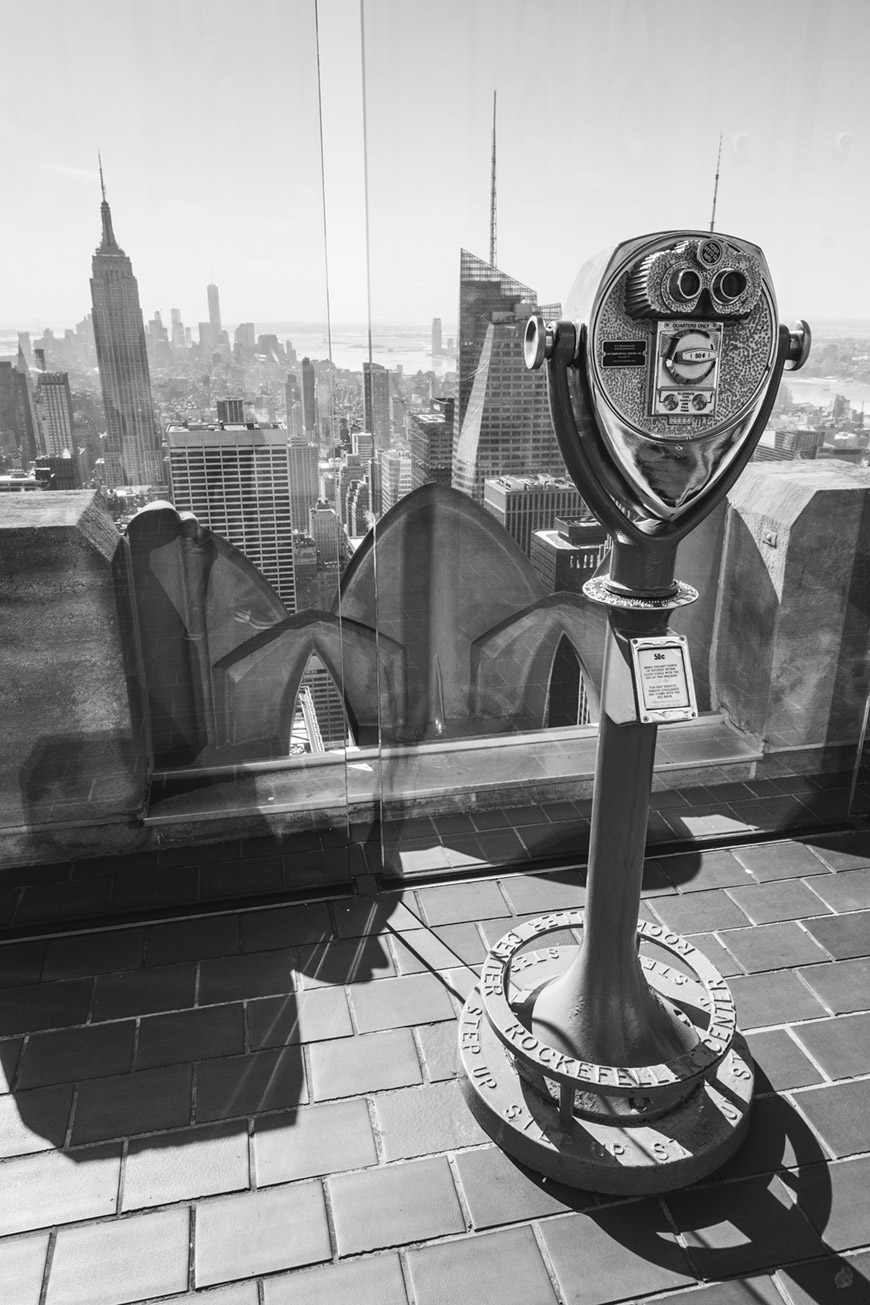 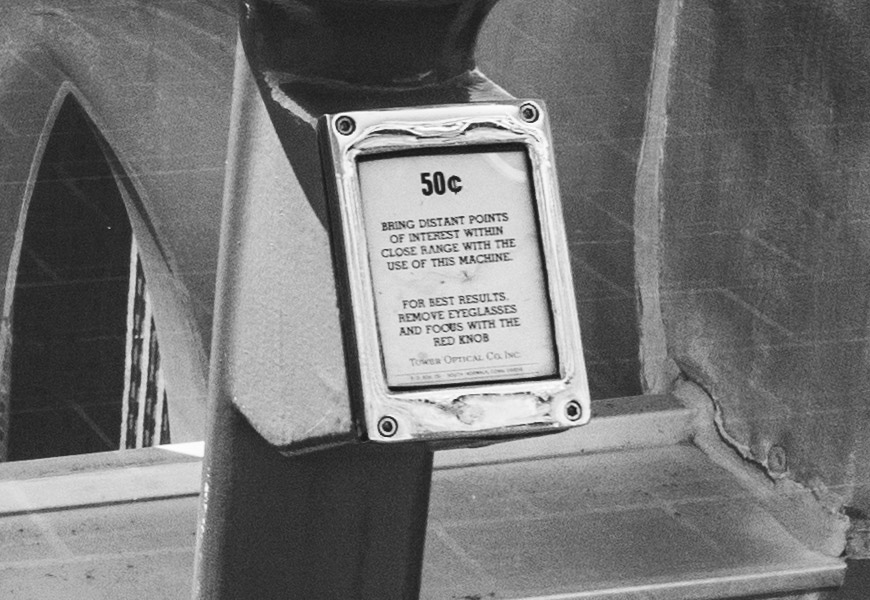 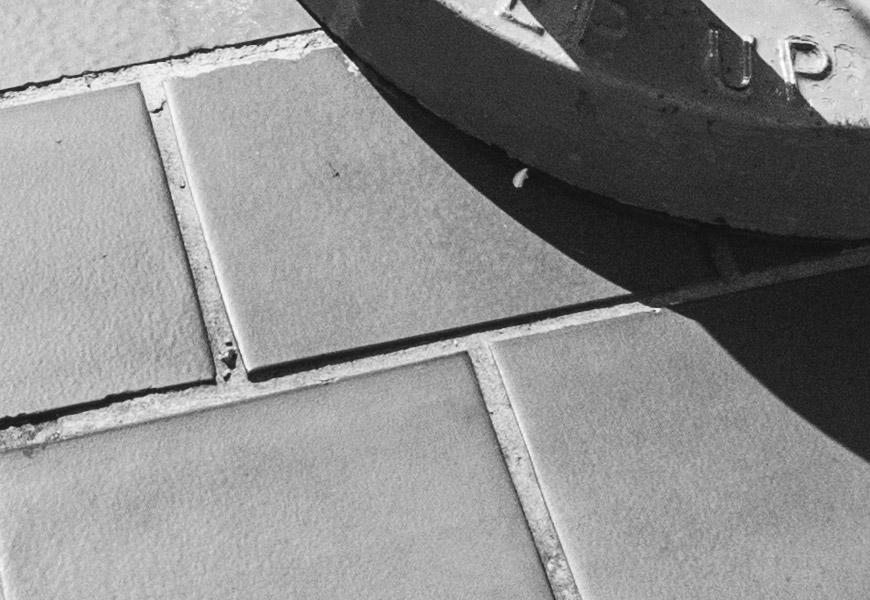 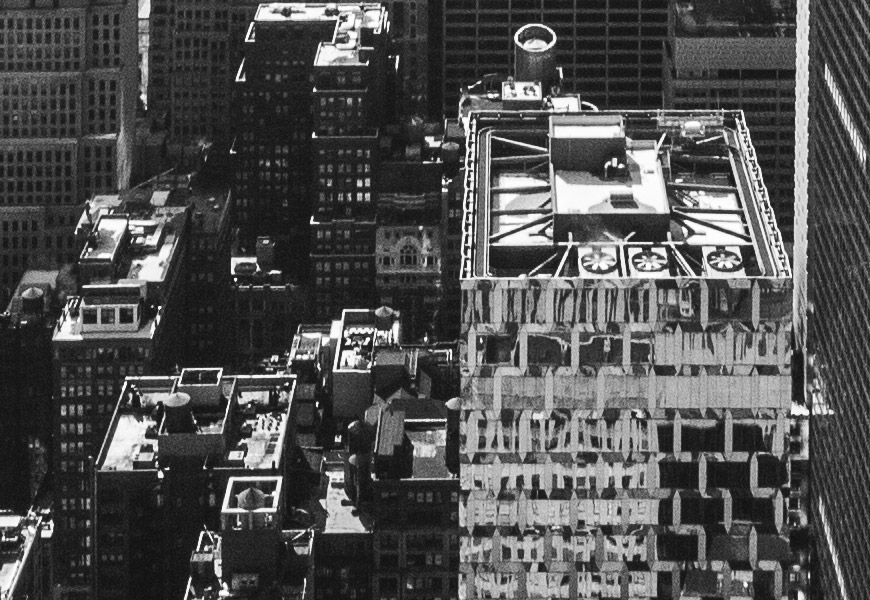 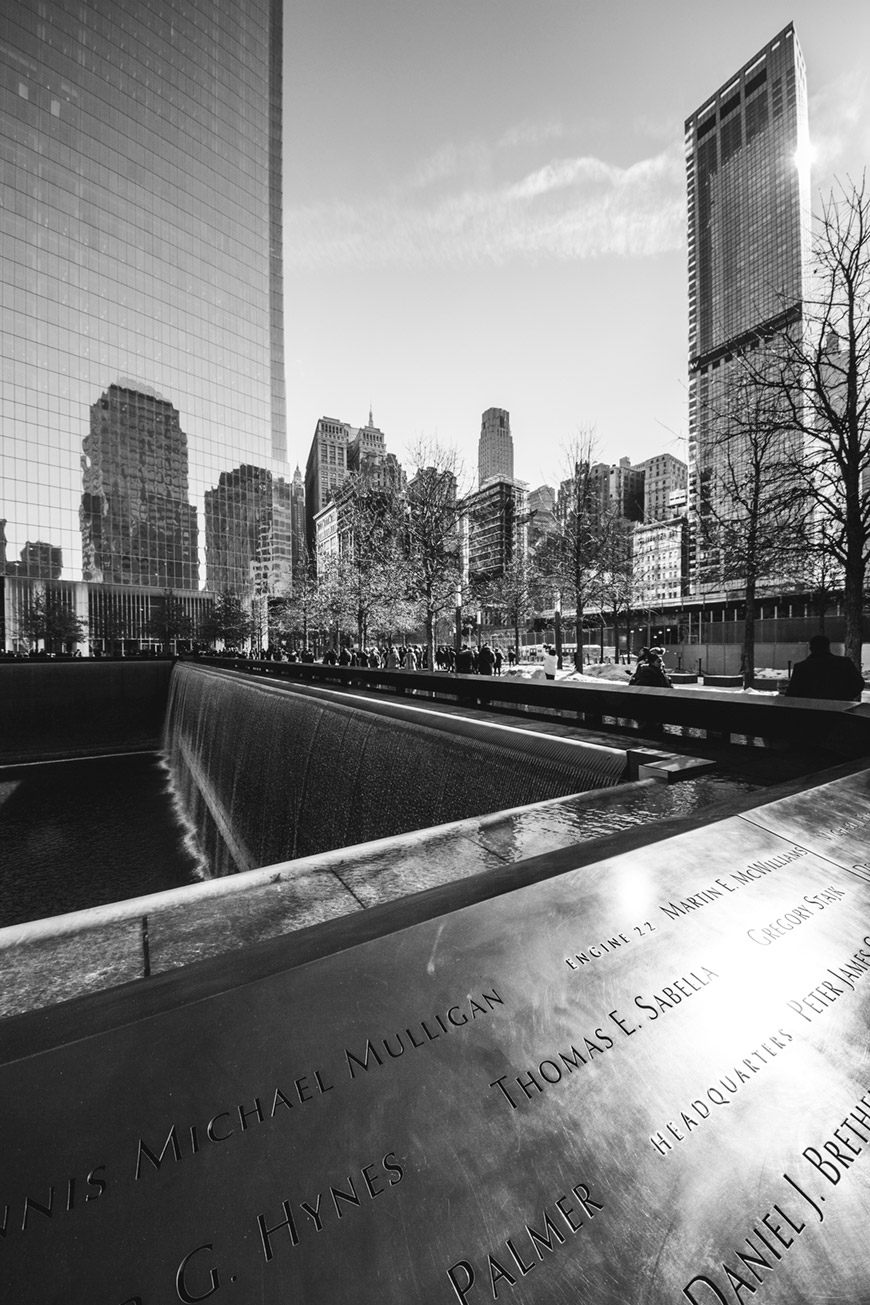 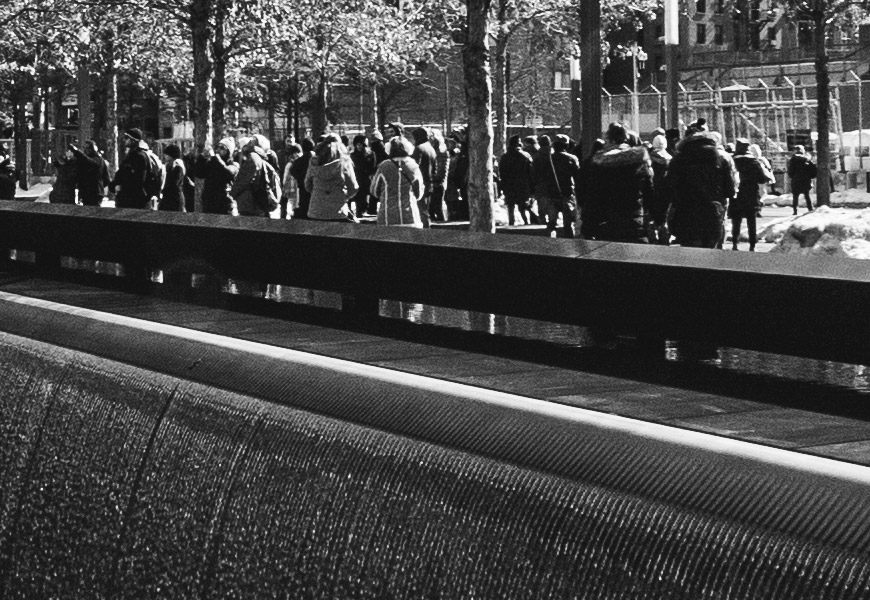 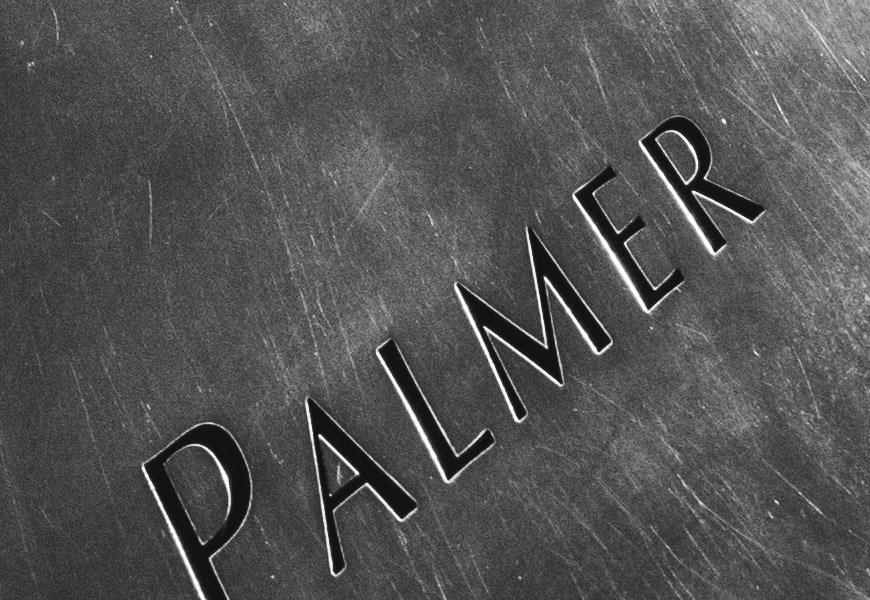 The geometric distortion is also well controlled allowing for video work, as not many people knows how to fix fisheye lenses in post. It’s not a problem on photos: any editing software has the Sigma profile and can correct what’s left of the 8mm barrel distortion or the 16mm pincushion. And, of course, only the worst compositions will show this problem: point your camera to a straight wall up close to see it happen. And the colours are “non Canon”, and worst, APS-C: dull files straight of the camera demanding vibrance and saturation adjustments prior to output. Or simply convert it all to black and white. Actually that’s a great idea to have one thing less to think about when framing. 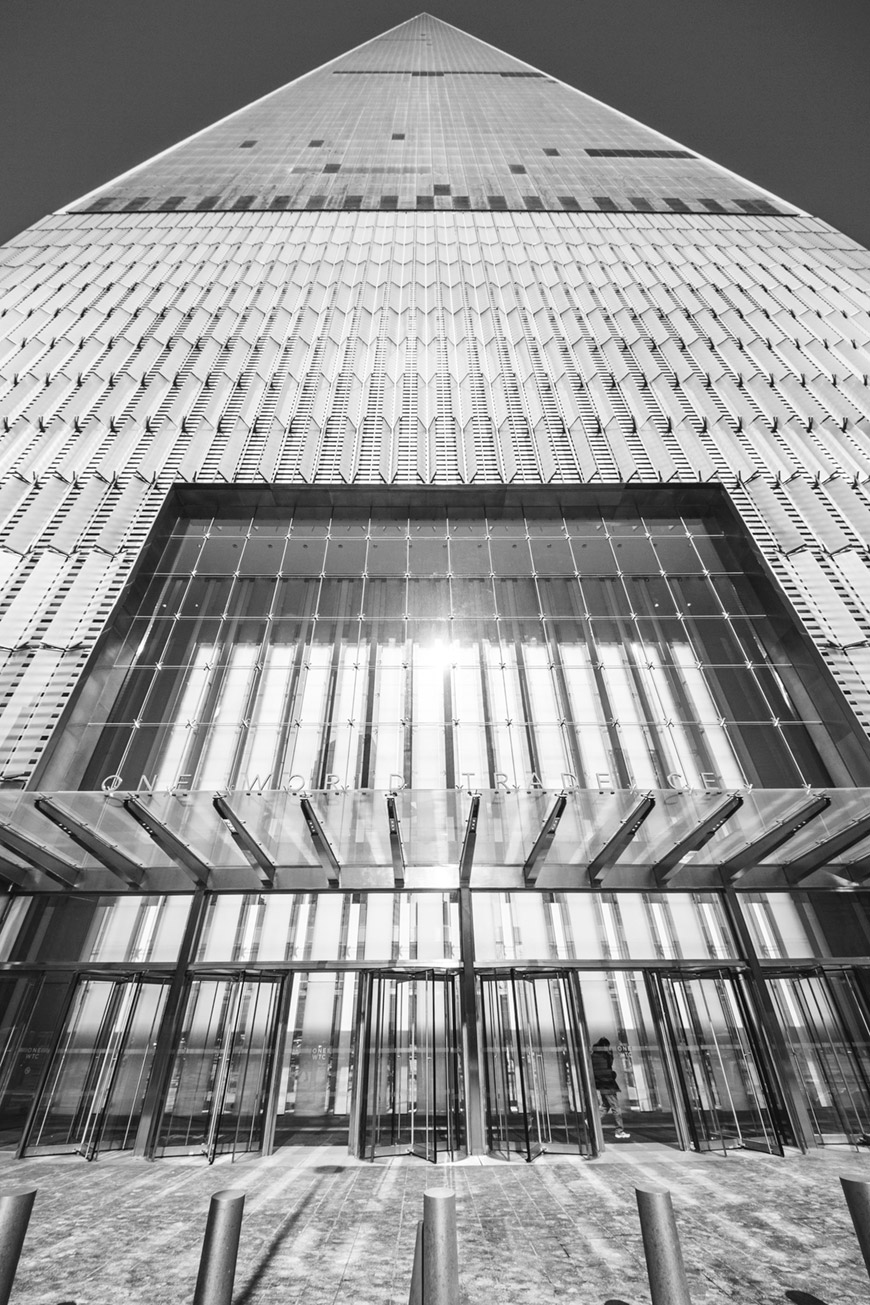 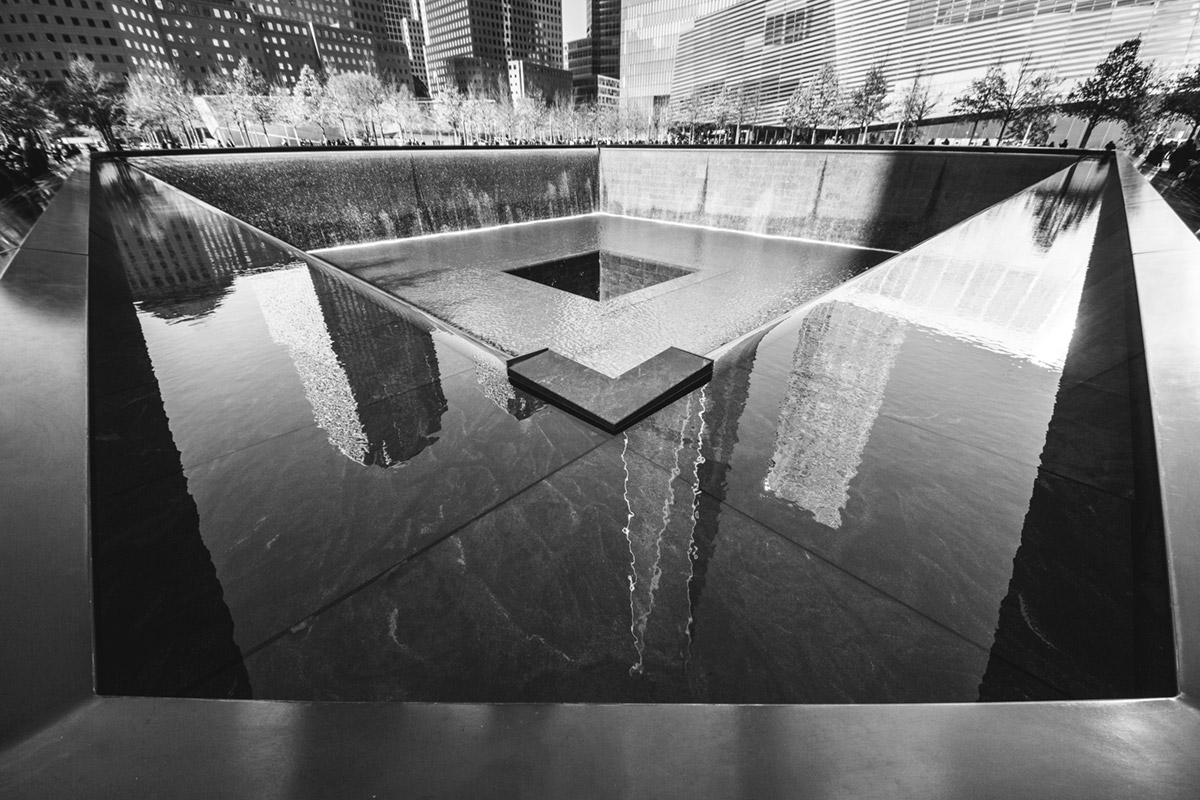 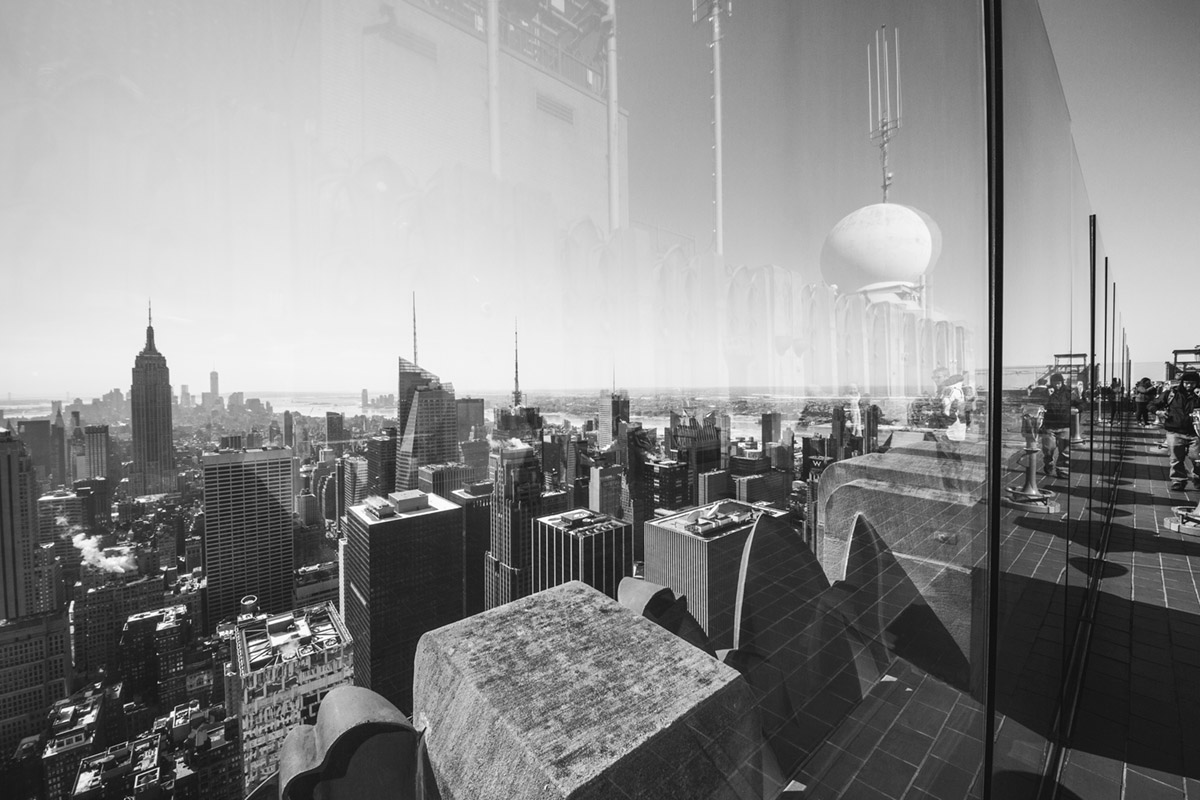 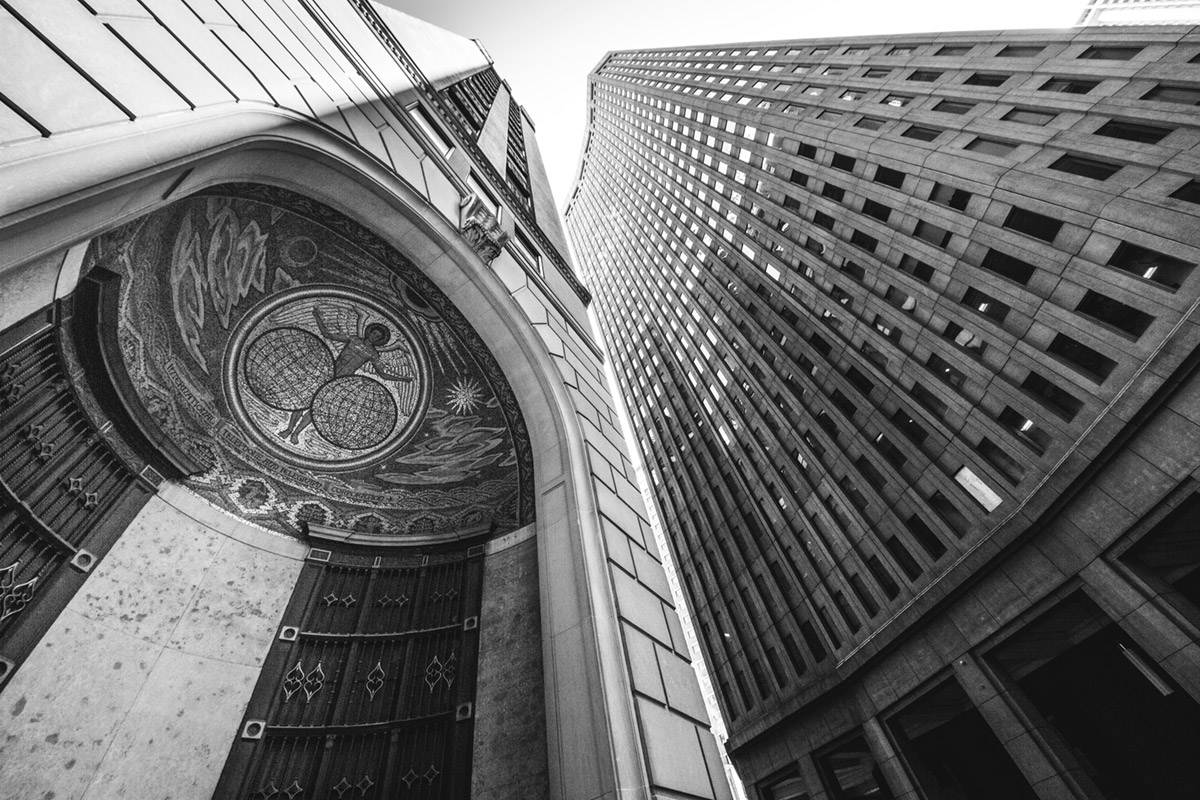 Great build quality? Check. Smooth operation? Check. Image quality? Check. Considering its extreme look and results, Sigma could only fit it in the “Art” series of today. But what about the US$699 price tag? Too much to swallow? I don’t know. The 8mm are not that wider than 10mm, and thinking about 10mm zooms, there’s plenty to choose from. Canon itself has two EF-Ss: the ten years old 10-22mm for US$50 less, brighter and filter friendly; and the excellent 10-18mm, with IS for half the price at US$299. An Sigma has the 10-20mm f/4-5.6 EX DC, a little pricier than the 10-18mm at US$379 but 1/3 brighter at 10mm. So you have to choose ex-act-ly what you need. Don’t get me the wrong way, the Sigma 8-16mm f/4.5-5.6 DC HSM is lovely and I enjoyed shooting with it. But the 2mm are more for bragging rights than for essentially different results. Nice shooting!